Welcome to Critic’s Notebook, a quick and off-the-cuff car review consisting of impressions, jottings, and marginalia regarding whatever The Drive writers happen to be driving. Today’s edition: the 2018 Land Rover Discovery HSE Luxury.

The Age of Discovery

Those of a certain age will remember “Cool Britannia,” that cultural redux of the mid-1990s where everything British was suddenly back in vogue. Out there on the roads, the object of everyone’s anglophilic desire was no longer a sexy Jaguar roadster; no, in keeping with the times, the stately Land Rover Range Rover ruled the Nineties with its one-truck mission to turn SUVs into genuine status symbols.

What was true both then and now is that not everyone can afford to own (or maintain) a Range Rover. The introduction of the lower-priced Land Rover Discovery on the RR’s platform in 1990 was meant to solve this problem. When it came to America in 1994, the Discovery was the educated buyer’s choice—both because it stood out compared to, say, the 1994 Ford Explorer, and because it offered pretty much everything a Range Rover did at a nice discount, even if it was just as much of a maintenance nightmare. The Landie’s boxy lines, stepped roof, and glassy greenhouse became as iconic and important to fans as its older brother’s trapezoidal silhouette, and the Disco’s ensuing generations all stayed true to those strong roots. 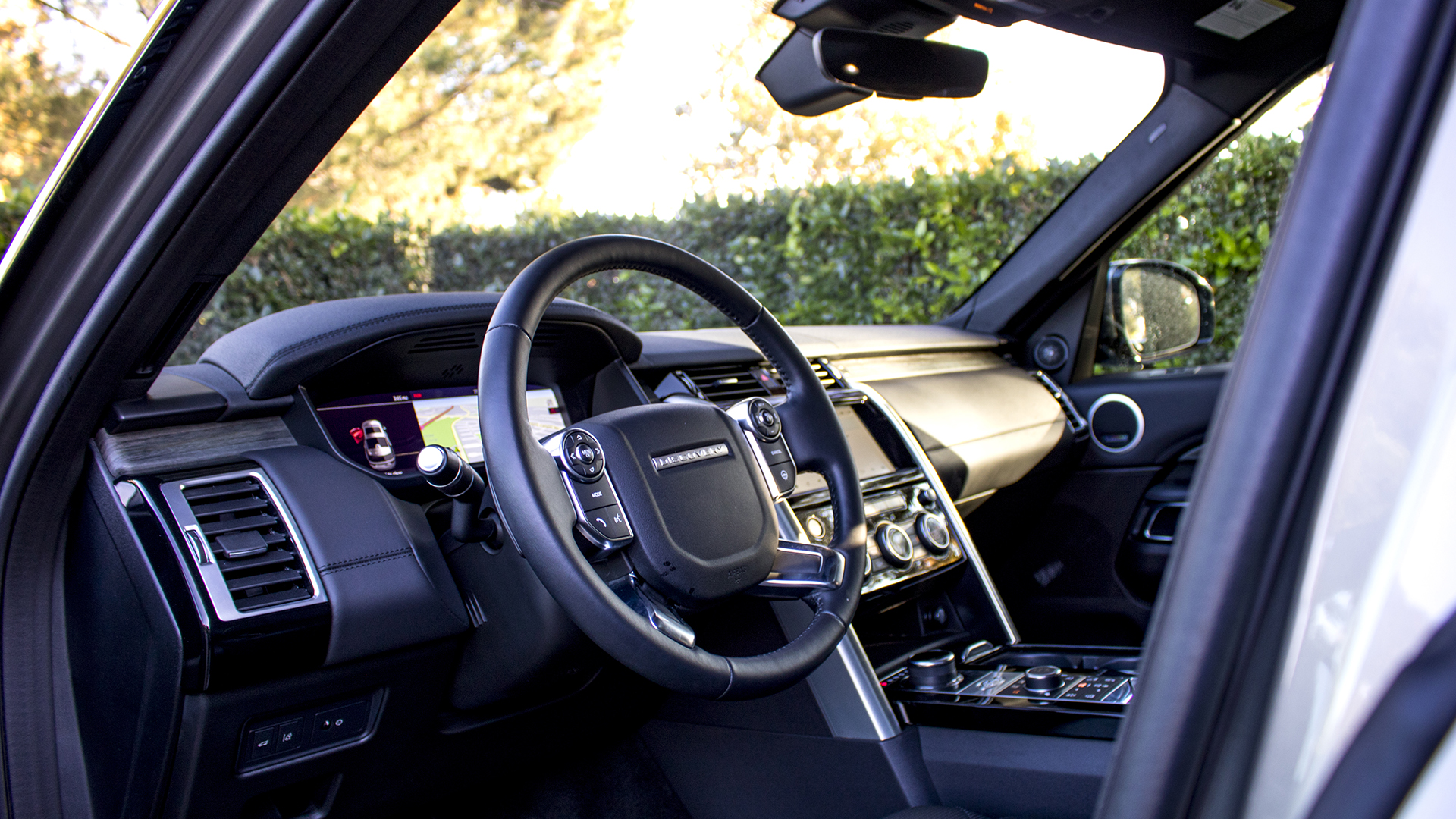 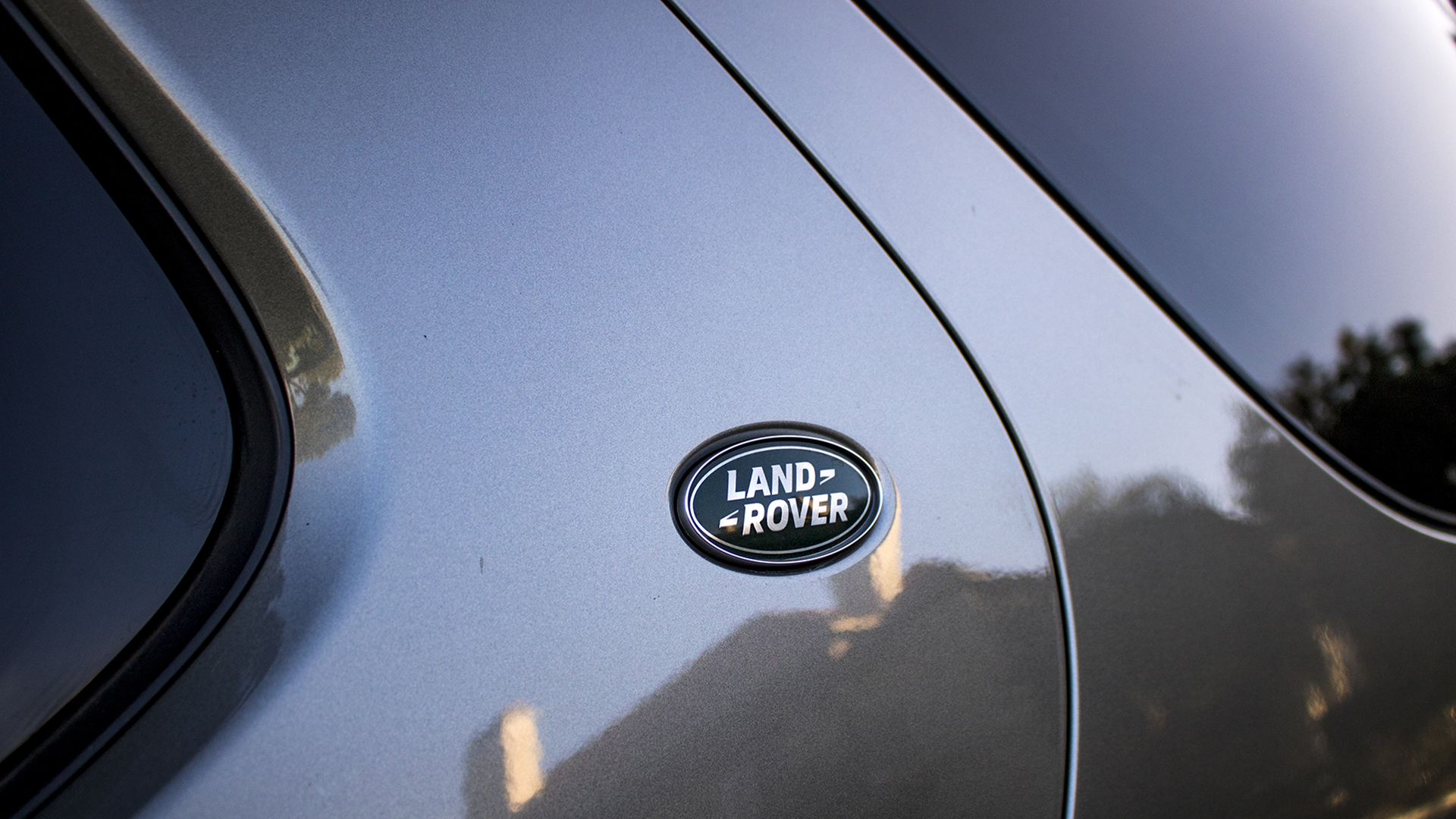 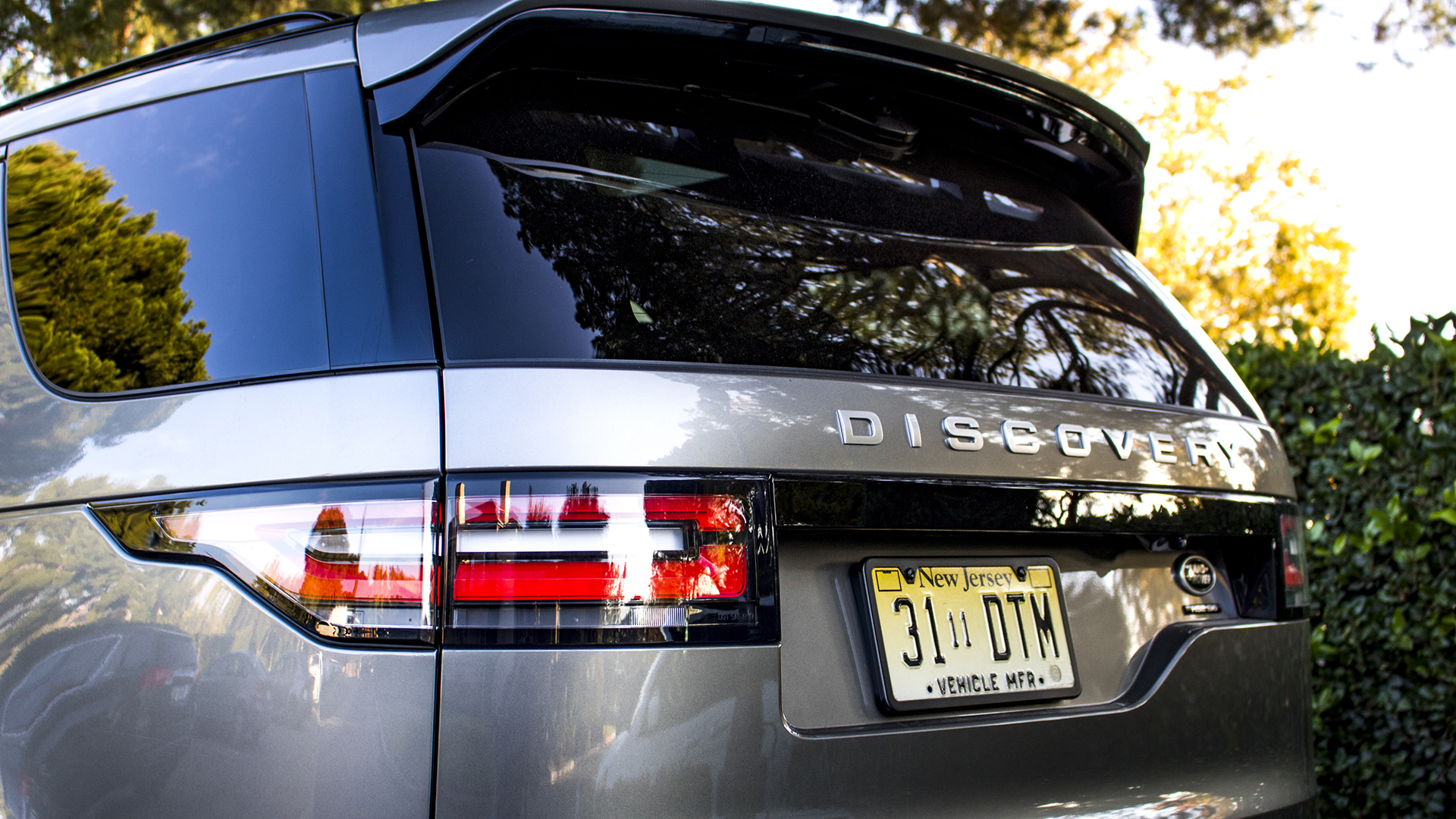 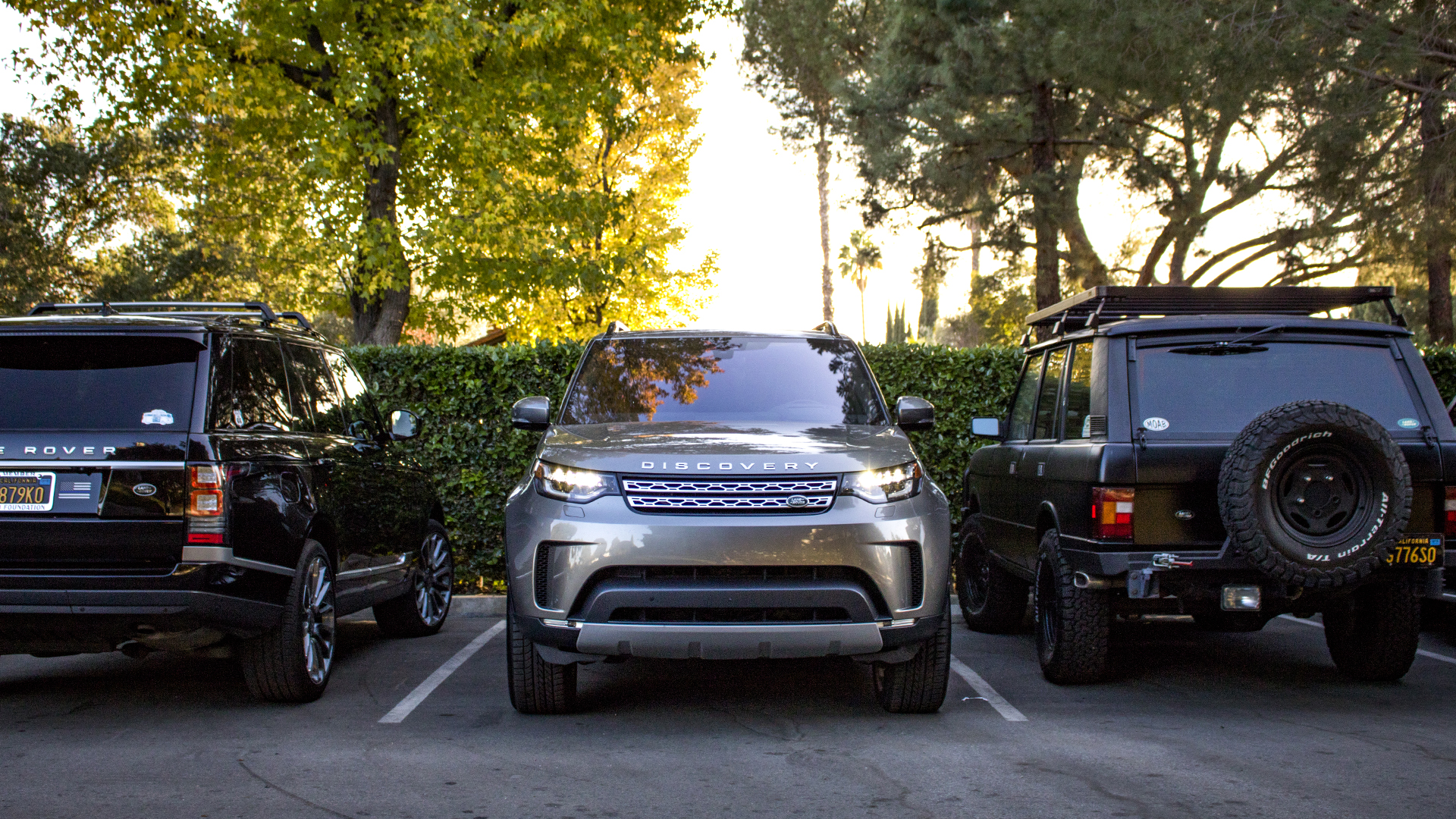 Then 2017 came along. To hear some tell it, the fifth-generation Land Rover Discovery went to hell in a hand basket, a botched Brexit of a redesign that saw its square-jawed nature replaced with a rounded, mass-market unibody…thing. But that couldn’t be further from the truth.

In reality, the 2018 Land Rover Discovery represents a stirring return to form. It’s the first model since the original to ride on a Range Rover chassis, and it’s by far the company’s most approachable blend of luxury and off-road ability. Take the Range Rover and subtract its rarified airs—that’s what you get in the Disco. There’s little preciousness here, just a supremely comfortable family cruiser that can conquer the world. It’s Land Rover’s best work in decades.

A Ball of Disco

Best in every way, that is, except the design. It does look better in person than photos, which force your brain to focus on areas that seem particularly odd in isolation. Pictures tell most of the story: It calls to mind a severely-eroded LR4. Every panel has been smoothed and sculpted in the name of aerodynamics. It’s around the same width and height as the Range Rover, though more than an inch shorter between the bumpers. Discovery design hallmarks like the tall greenhouse and (barely) stepped roof survive.

I’m of two minds here. One is that at least it’s still a little different in this age of can’t-risk-sales style, and JLR could have easily gone further in watering down the good stuff for the masses. I’ll take my quirks where I can get them. But the other is that it all kind of looks like a half-thought, an exercise in planned creativity that got focus-grouped into oblivion. The concessions to history can feel kind of pointless—why leave the Disco’s iconic off-center tailgate on a body that wasn’t really built for it, for example? 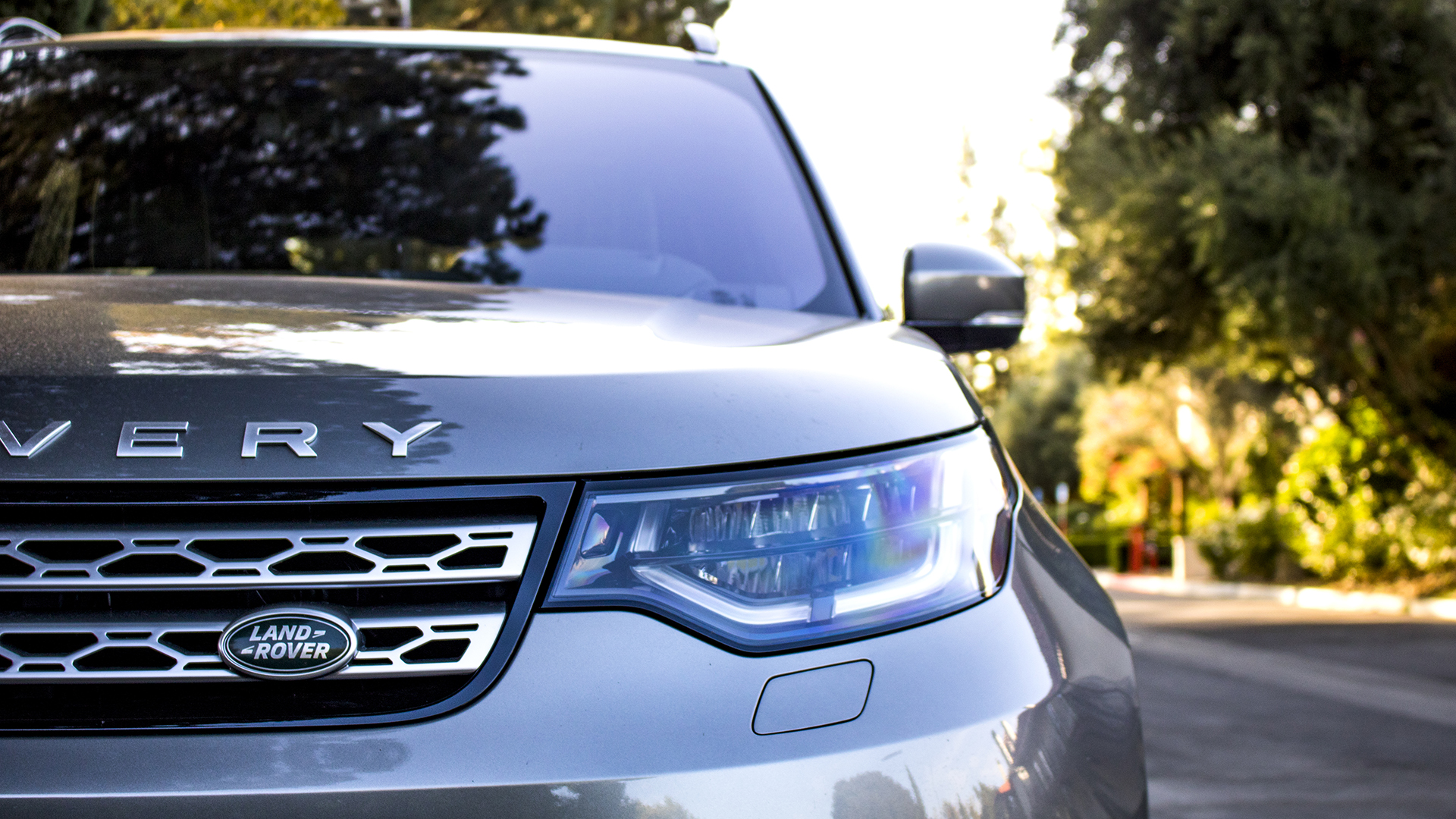 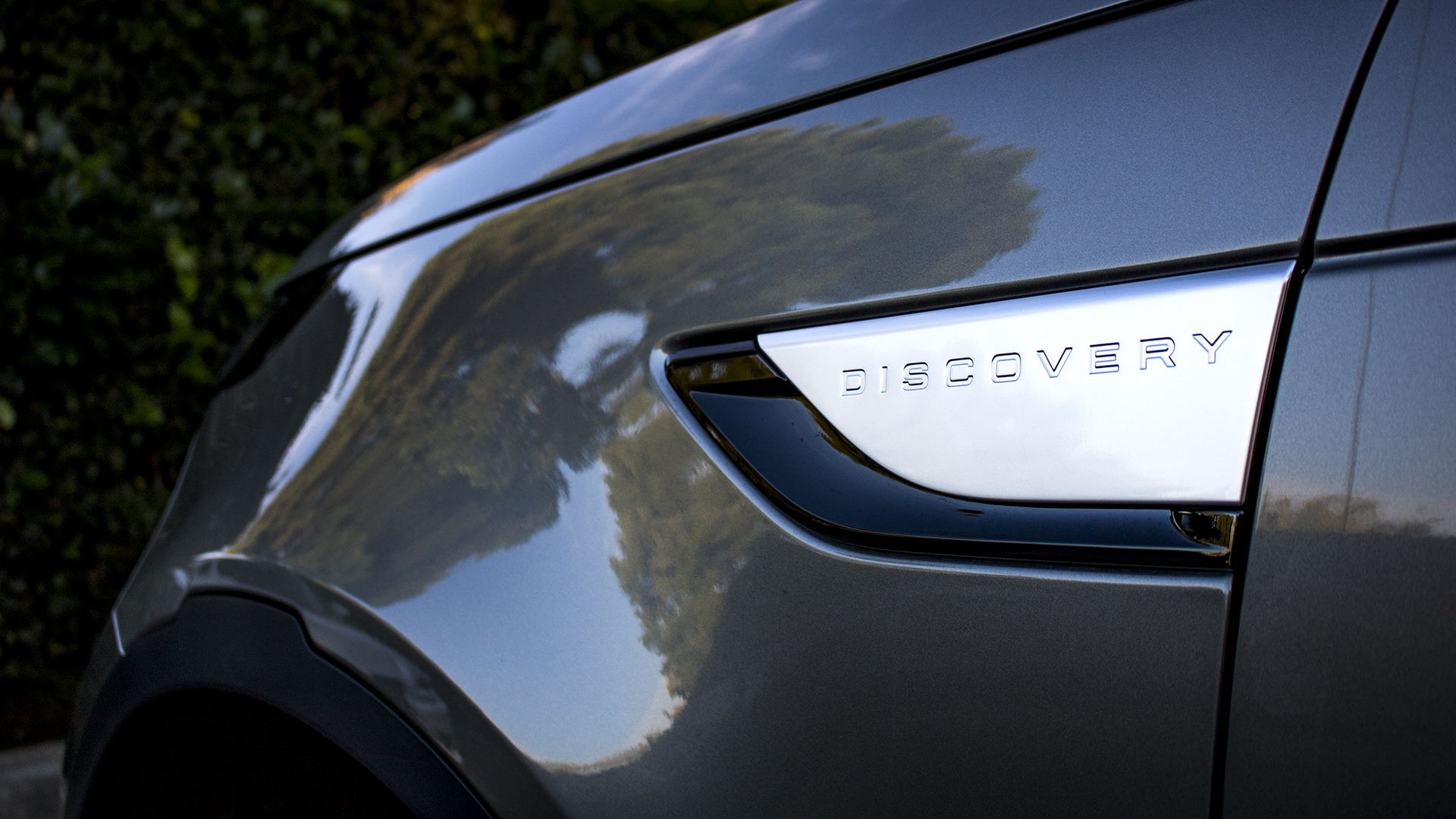 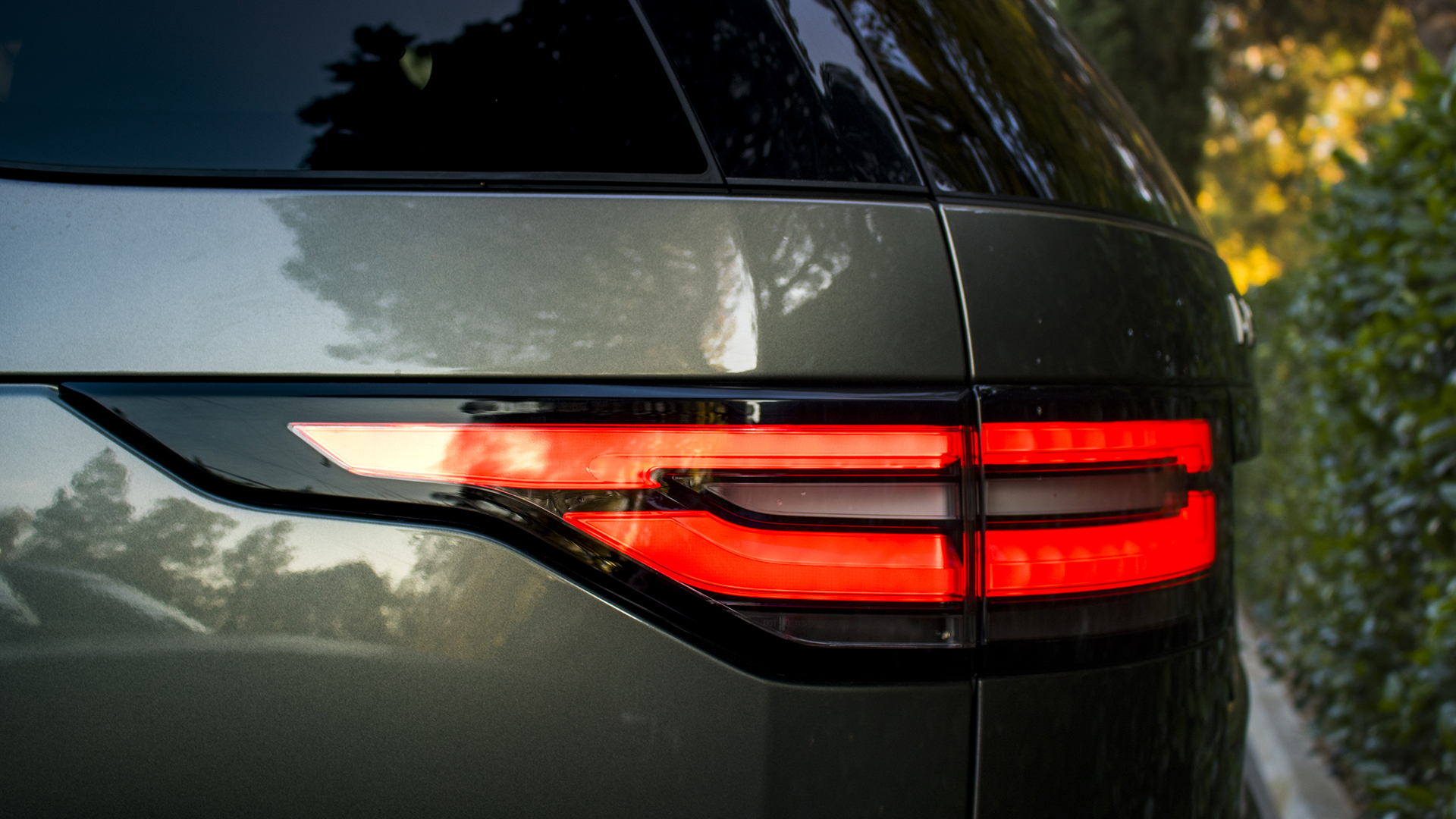 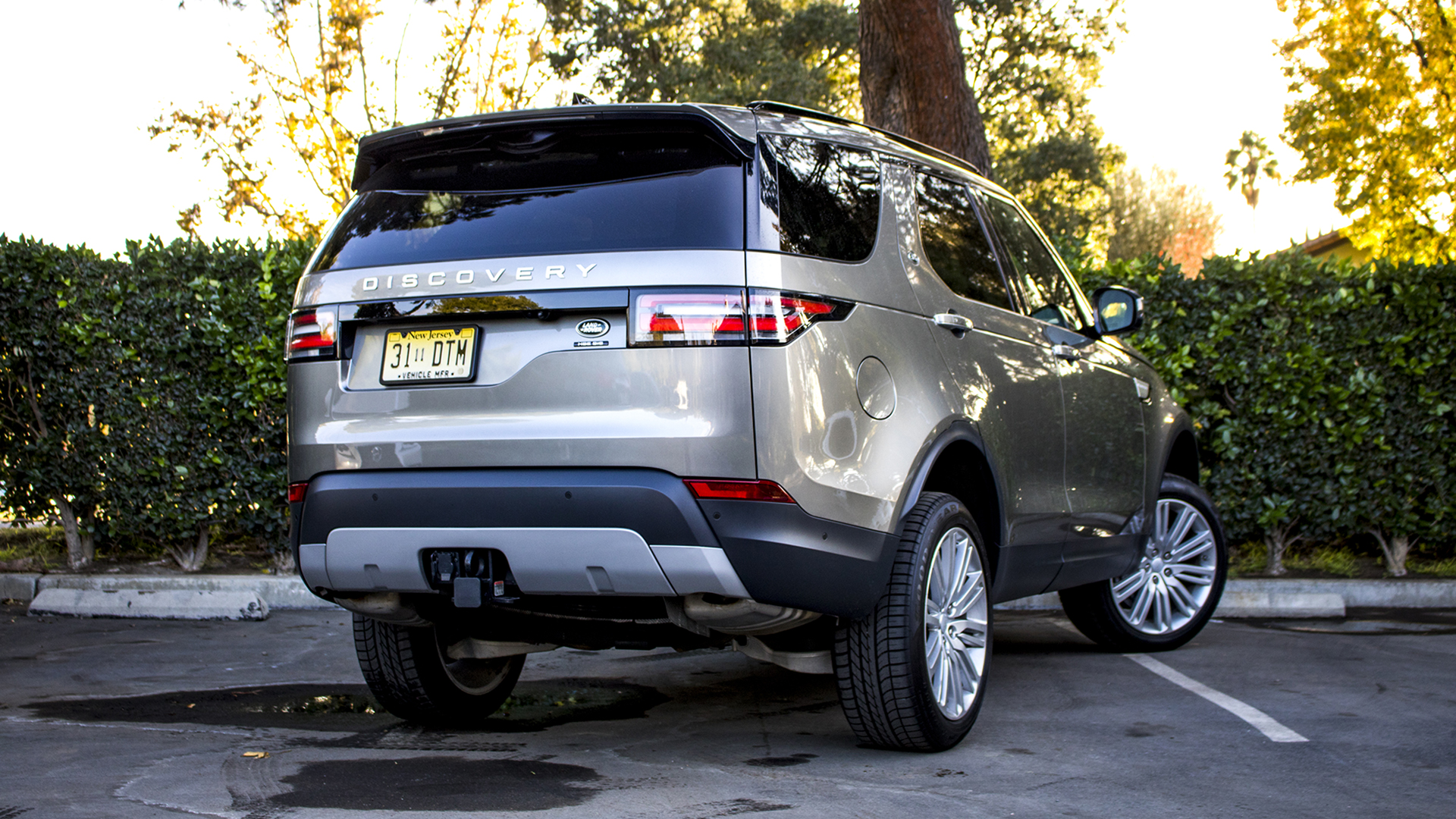 Then there’s the logic behind the whole thing, seeing as how squares still sell (see: Jeep Wrangler). It’s true that the average Land Rover buyer is far less likely to embody the ethos of a rugged truck, but there’s something to be said for heritage. The Land Rover Defender wouldn’t be the icon it is today had it gone all curvy at some point.

Still, the Discovery manages to look mostly distinguished and expensive with a touch of understated class. I’d love to see one on real off-road tires—a production version of the SVX model is supposedly coming—but keeping the optional air suspension in its higher settings adds a bit of visual drama. And it does stand out from the Stepford-esque Range Rover suite, whose Sport,
Velar,
Evoque, and normal models are all shades of the same color.

Discovery’s Cabin Is a Nice Surprise

Inside, the Land Rover Discovery maintains the company’s luxurious standard with little fuss. Even though my HSE Luxury tester was equipped with goodies like massaging front seats and a heads-up display, it still felt far more everyday-usable than the leather-lined cocoon found in the Range Rover. The Discovery just isn’t as complicated. There’s less pricey stuff to mar with the dirty realities of life, and stripping things down a bit does wonders for the experience. The seats are great; high, comfortable thrones with inboard armrests that make one feel like a lord of the road, and the massage function was a pleasant surprise.

Jaguar Land Rover is all on screens lately, to mixed reviews; the InControl Touch Pro Duo system in its more expensive models has gotten a lot of flack for ditching most physical controls in favor of a laggy two-screen setup. Thankfully, the Discovery still retains the older one-screen layout and a climate control panel festooned with buttons. You’ll see a lot of complaints about the operating system’s slow response time and slightly confusing menus, but really, the biggest miss is the lack of standard Android Auto or Apple CarPlay support. Luckily, the HSE Luxury’s 14-speaker Meridian surround sound system is a crystal-clear consolation prize.

Just beyond the steering wheel is another screen, replacing the gauge cluster with a configurable LCD offering the most efficient use of space I’ve seen yet in this strange new world: a map option that takes up the whole megillah and relegates your speed and vitals to a small bar at the bottom. Best of all, it’s controlled by actual buttons on the steering wheel, as opposed to the tricky haptic nonsense found in the Range Rover. 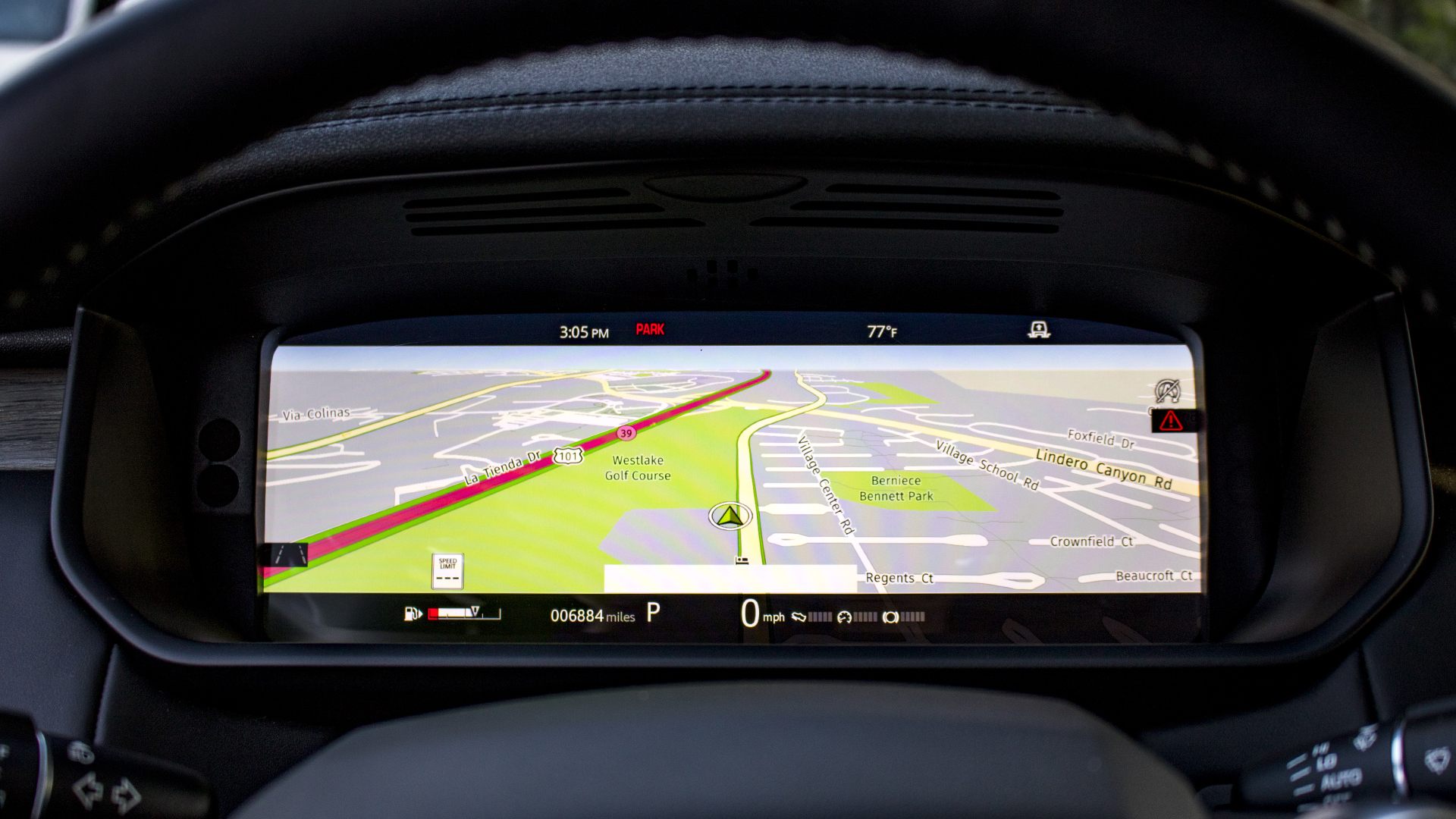 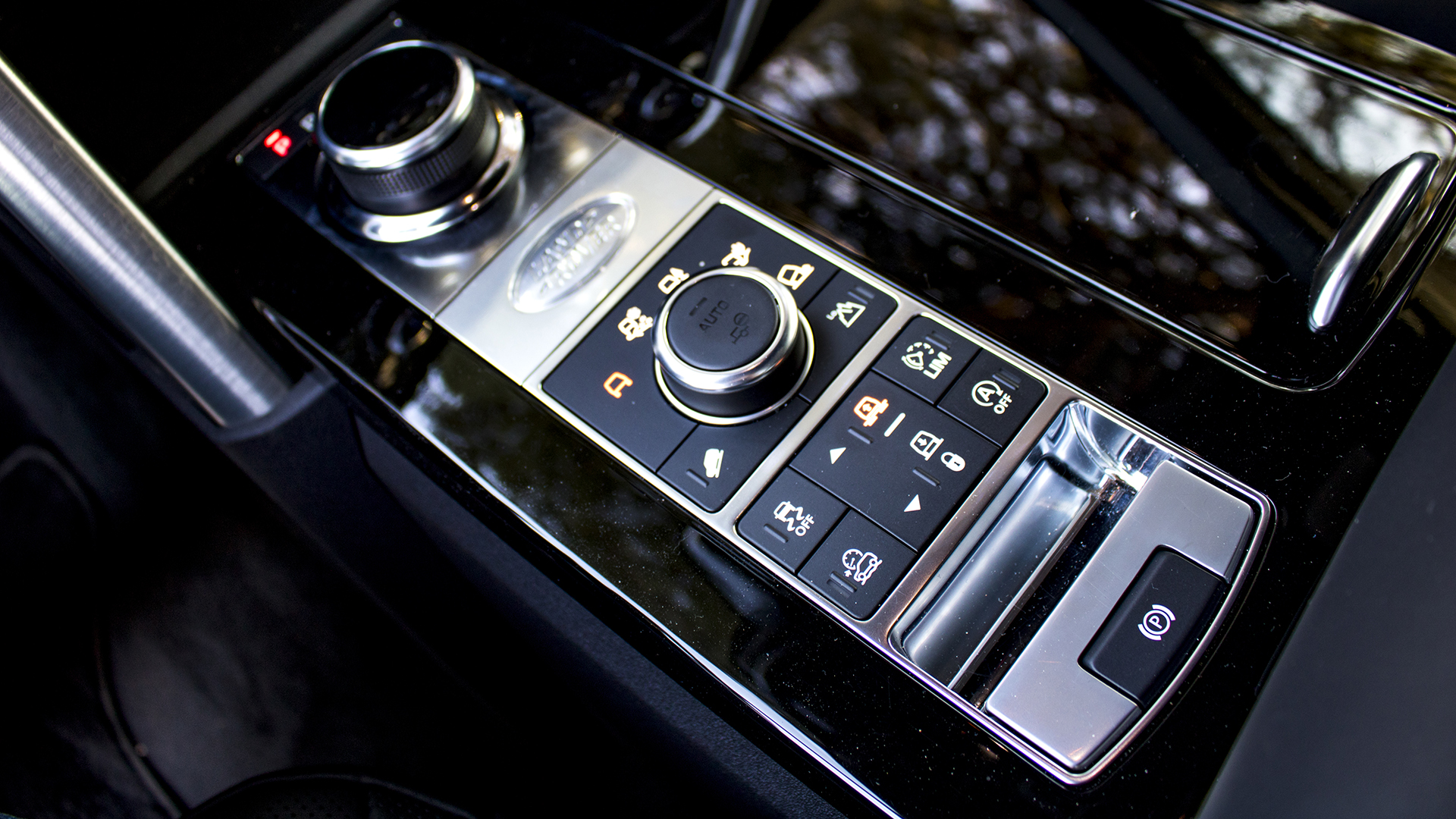 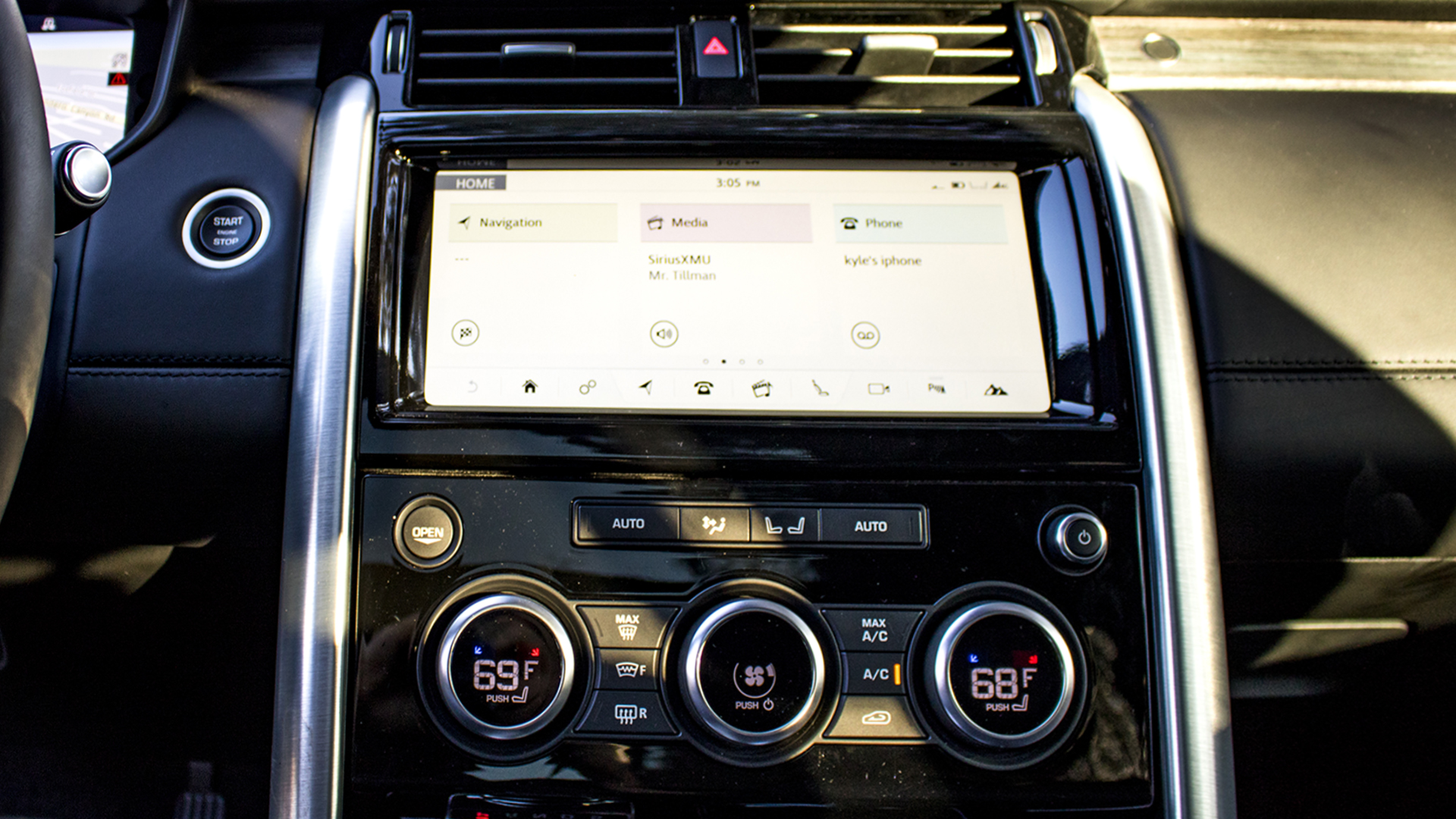 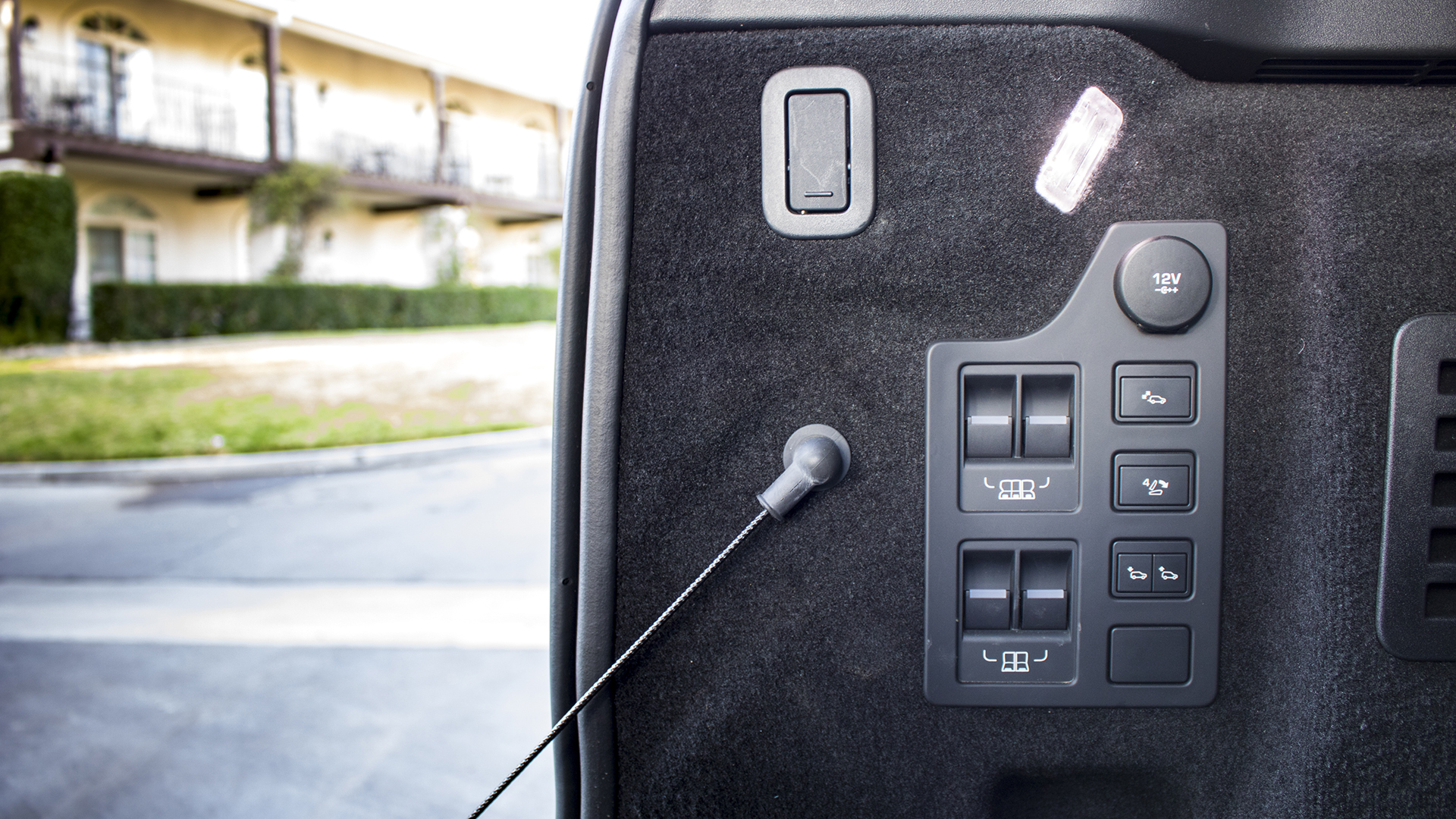 Elsewhere, it’s a mostly glowing time inside the Discovery. The power-folding third row might be best for those under five feet, but the $2,250 Seven Seat Luxury Climate Comfort package adds butt warmers for the kids in the back. Cargo room is predictably skimpy with all seven seats in place at 9.0 cubic feet, but it’s entirely competitive behind the second row.

The 2018 Land Rover Discovery serves up two interesting 3.0-liter engine options—a supercharged gas V-6 and a turbocharged diesel V-6. The diesel is the true standout here, with highway mileage well into the 30-35 mpg range, superb towing ability, and enough torque to climb a steep trail at idle (it’s the same basic architecture as the new 3.0-liter diesel in the Ford F-150). But the 340-horsepower supercharged V-6 in my tester had plenty of punch at all velocities, and while the eight-speed automatic doesn’t change gears with anything approaching urgency, it also doesn’t make mistakes.

Obviously what makes a Land Rover a Land Rover is its ability to drive pretty much anywhere off-road, including possibly the moon. It’s hard to argue the Land Rover Discovery isn’t well-equipped to do so. The company’s Terrain Response 2 full-time 4WD system is the real meat and potatoes here, with a 50/50 default torque split, dedicated low range, a locking center differential, and an optional locking rear differential. On top of that, a rotary control knob we previously dubbed “Dial-a-Condition” refines power delivery according to the terrain at hand. It can even push power to a single wheel if the situation calls for it.

Then there’s All-Terrain Progress Control, Land Rover’s version of low-speed off-road cruise control, along with a separate hill descent function. Even without all this stuff, the Land Rover Discovery would be hard to stop thanks to the adjustable air suspension (standard on the HSE Luxury) that creates up to 11 inches of ground clearance in its highest setting. Approach, breakover, and departure angles of 34°, 28°, and 30° respectively are equally impressive and help make up for less-than-ideal articulation. The Disco performs just as advertised off-road; it’s a badass family rig.

What does all that ability mean for on-road driving? It’s not nearly as trucky as its ladder-frame ancestors, but it’s also not as refined as the Range Rover. There’s a dead spot in the center of the steering wheel that requires constant attention on the highway; thankfully, a raft of all the usual driver-assistance features helps reel things in. What really shines is the air suspension, delivering a smooth, supple ride that bested the worst in deferred road maintenance that the Los Angeles area could throw at me. Combined with the high seating position, it really does feel like you’re floating over the pavement.

There’s definitely some physics-based dive on all corners during aggressive maneuvering, and the middling braking performance inspires caution. But that’s all to be expected in an SUV like this. Really, the biggest complaint is a noticeable amount of throttle delay when starting off from a stop. It’s tempting to really nail it to make up for the lag, which leads to frequent neck-snapping stoplight experiences until you learn to relax. Mileage on the gas engine is also expectedly lousy outside the pristine confines of an EPA lab. Could’ve had a V-8.

Life is too short for preconceived notions. That said, the traditionalist in me climbed aboard the Land Rover Discovery ready for its new approach to fizzle. I expected to be spiritually defeated by its crass concessions to flimsy modern tastes, by its new turn as a suburban antihero, by the cavalcade of changes that overwhelmed any pretense of familiarity. No voyage needed for this particular discovery; the story would write itself.

But that’s not what happened. And more to the point, the whole conceit isn’t all that accurate to begin with. For starters, the Land Rover Discovery has always been a bit of an image choice, a truck that isn’t quite as capable as a Defender nor as fancy as a Range Rover. It’s an intermediate for Land Rover, a mid-level canvas where the company’s engineers can test ideas on a nameplate without the weighty expectations of its two heavyweights. What that means exactly depends heavily on the context of the time.

28 years ago, that concept birthed a boxy boat with a solid rear axle, a creamy leather interior, and the charming unreliability of a British quirkball. Ten years ago, it wrought the rugged and complex Discovery 3. And today, it’s brought us this: an alu-minium amalgamation with more off-road gadgets than a purpose-built pickup, more fancy trappings than a luxury sedan, and more of a split personality than ever before. For all its radical newness, the Land Rover Discovery is still the same thing it’s always been: a mighty fine SUV.