The still-hot Ford Bronco is getting a new Everglades trim for 2022, and it’s named after the wetlands Florida is famous for. As you might have guessed, handling deep water like you’d find around that part of the country is a priority for the truck. That’s why it’s got a factory-installed snorkel, which we already knew about—thing is, we hadn’t seen it for ourselves until now.

That changes today, with Ford’s in-house Bronco Nation blog releasing shots of the 4×4 out testing with its telltale intake. The truck is still in camo, to be clear, but it’s hard to miss the new breathing tube sticking out of the hood’s passenger side. That’s also just one of the upgrades this truck is getting. 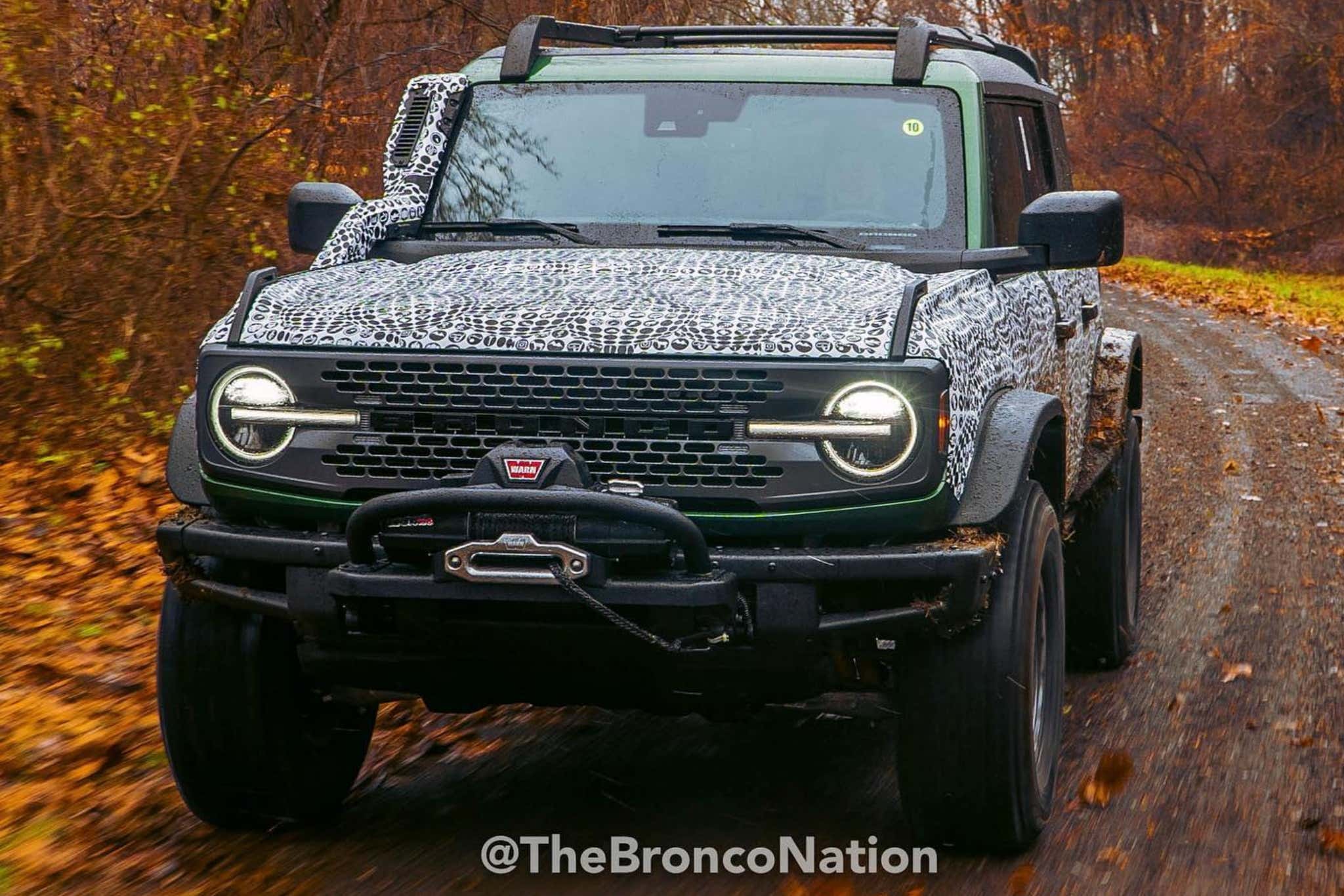 Like any good 4×4, the Bronco Everglades is set to come equipped with big off-road tires. In this case, they’re 35-inch Goodyear Wrangler mud terrains mounted up to trim-specific wheels. There’s also a winch kit from Warn, which is made special for the vehicle, too.

Other additions to the Everglades include a few more bits and bobs from the Bronco accessory catalog, like the coveted slide-out tailgate and black roof rails. The snorkel is definitely the party piece though. As this is just a teaser, any changes to the vehicle’s fording abilities haven’t been specified; however, Sasquatch-equipped trucks can already wade through 33.5 inches of water. Any increase in that number would be impressive; a Jeep Wrangler Rubicon, for example, manages just 30 inches of fording depth. 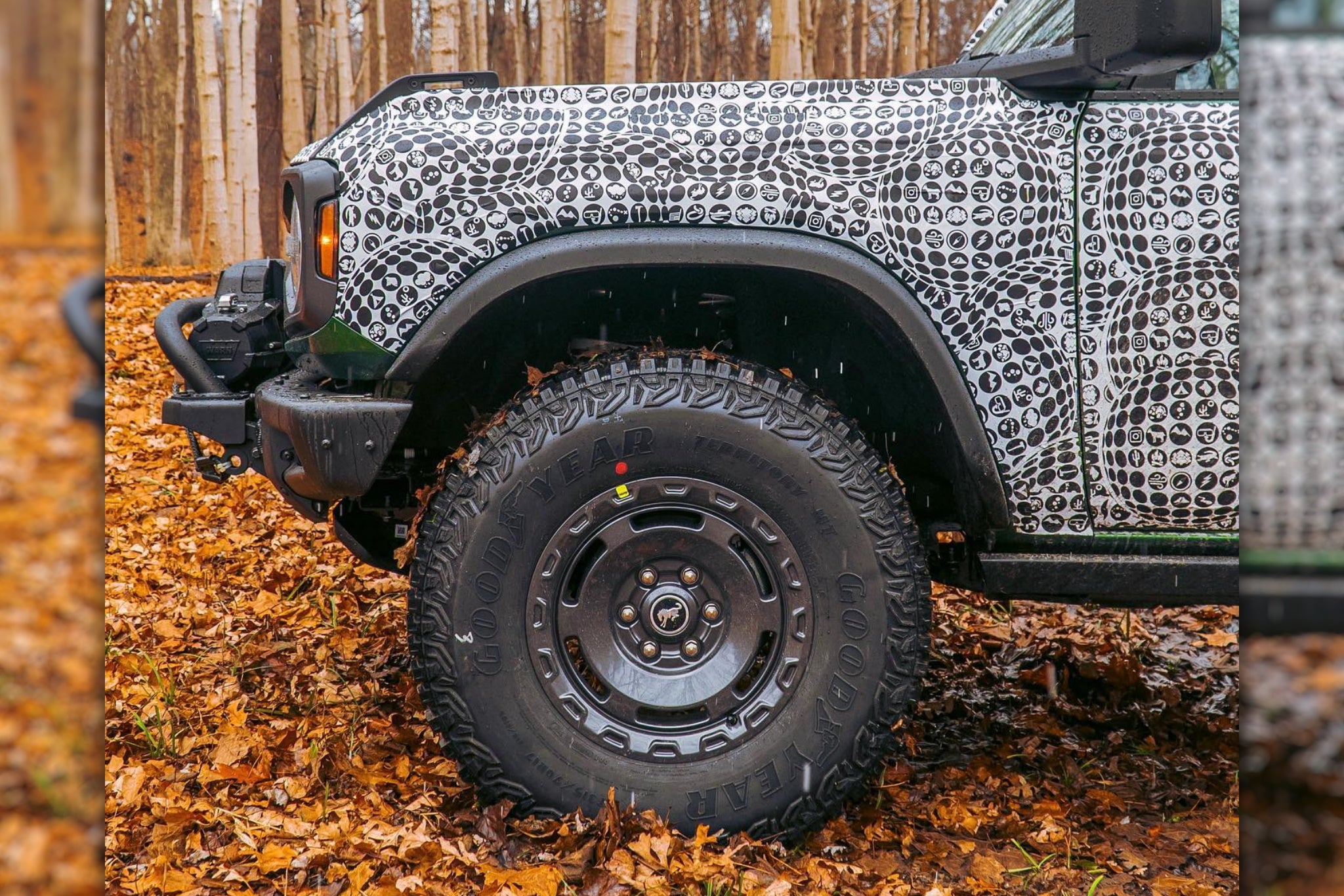 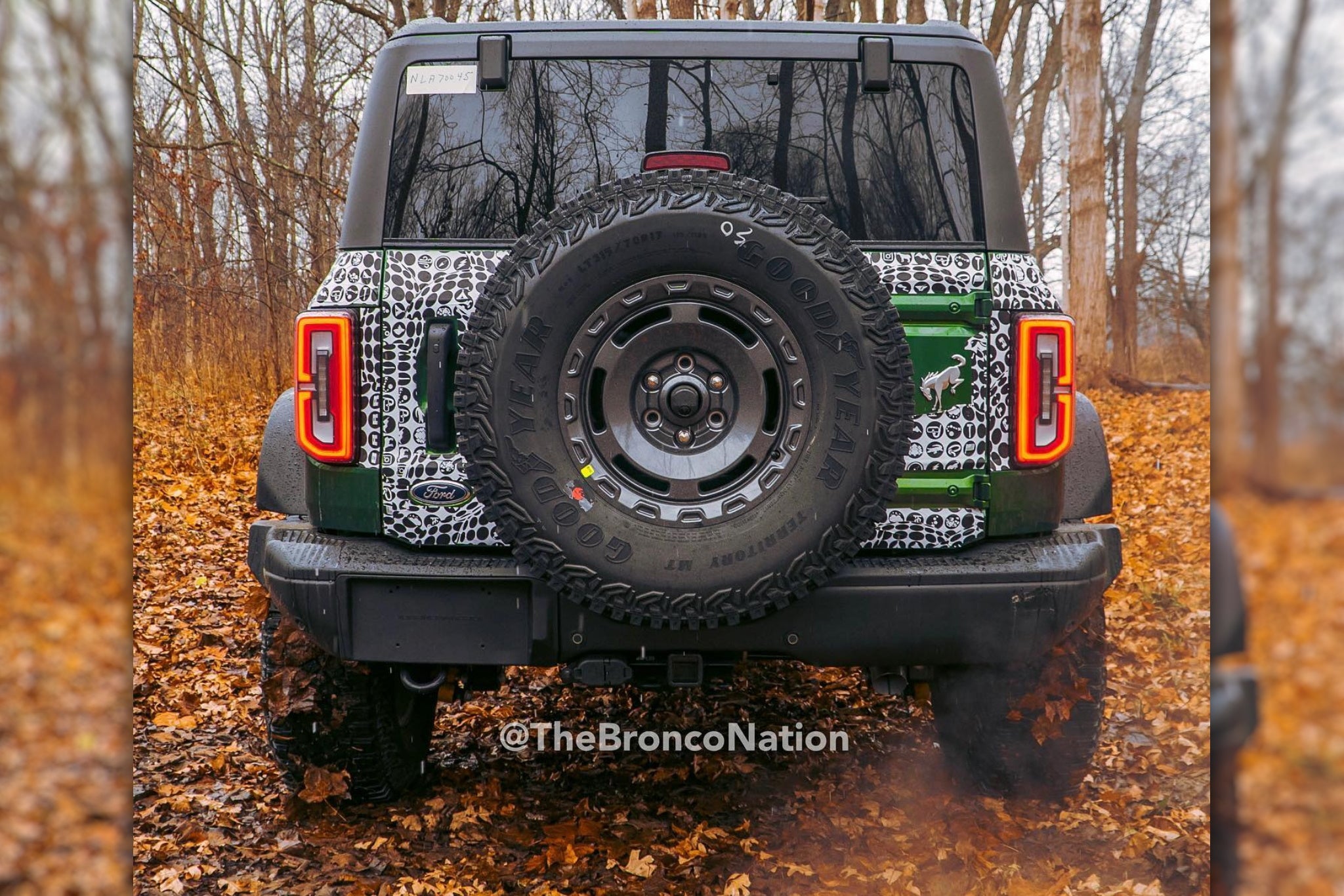 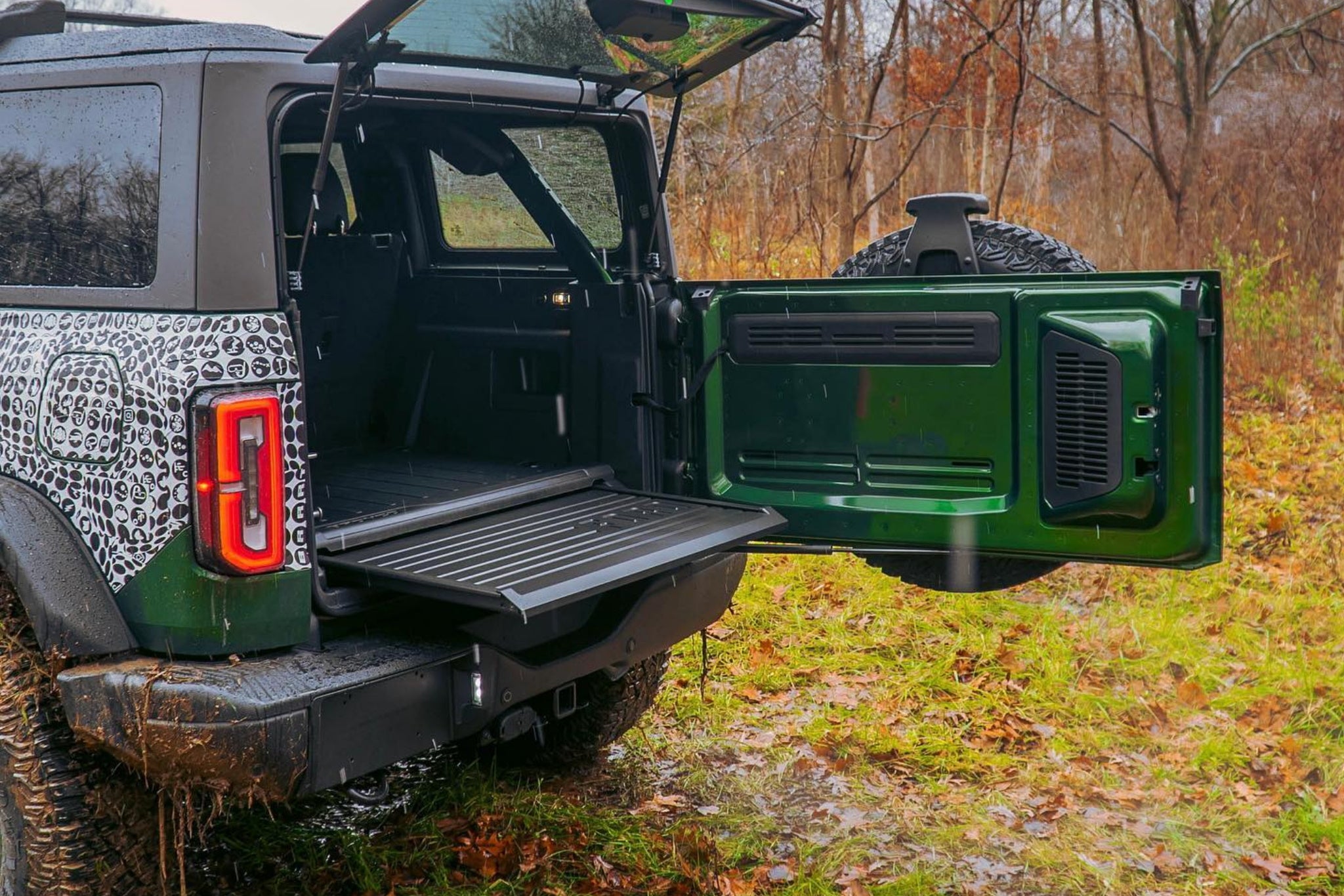 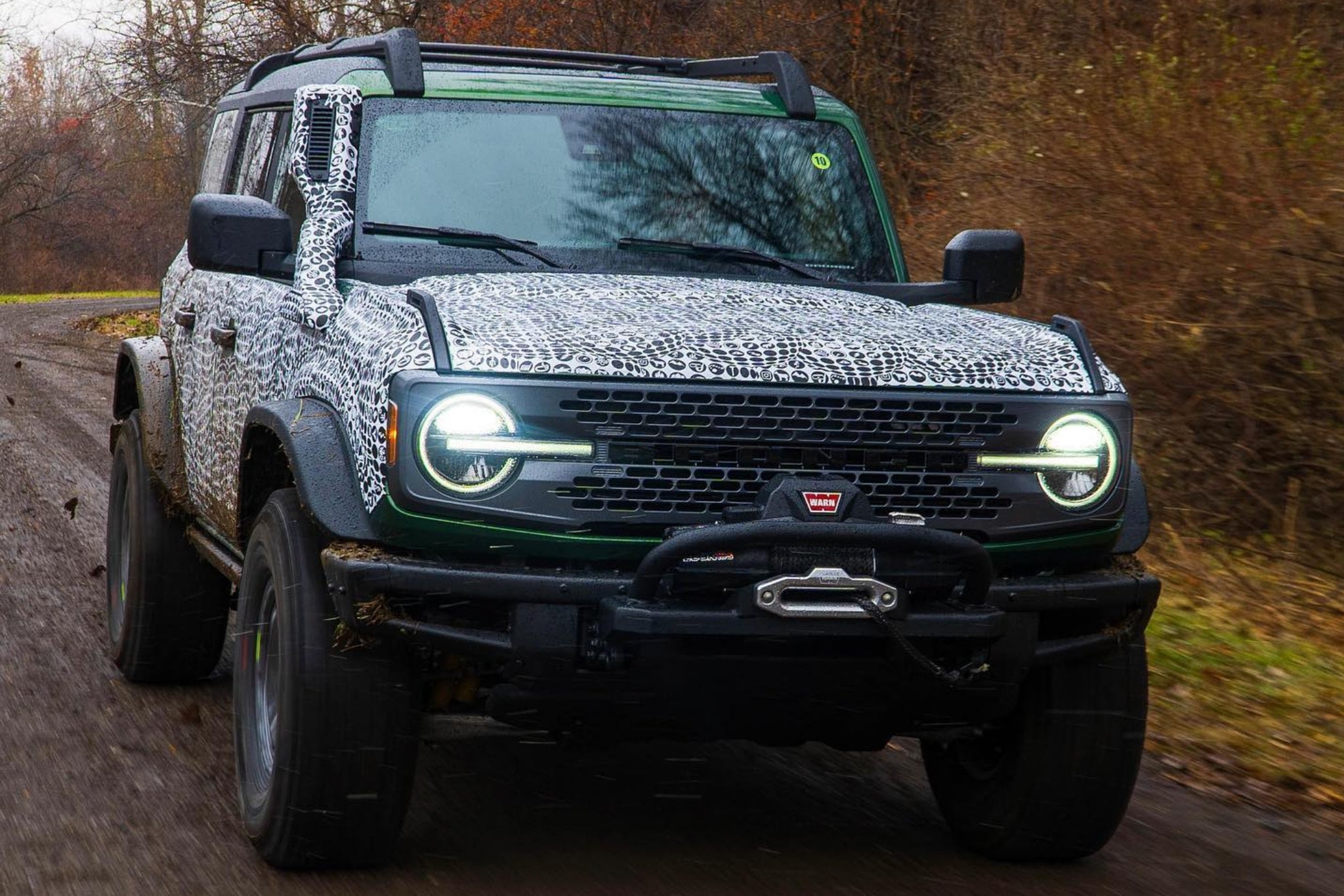 The Bronco Everglades is expected to hit the market this summer and offer a little less wild alternative to the Bronco Raptor.