Accidents happen on the racetrack, even when there aren’t any other cars to provoke a mistake. A corner taken a little too fast or a missed braking point can mean a trip into the barriers. That’s just what happened today to racing driver Tom Diment while hooning an Alpina B8
up the hill at the Goodwood Festival of Speed.

As Road & Track reports, after coming into one of the final corners of the sprint a little too hot, the car ran out of asphalt and impacted the trackside hay bale. Diment was ok despite the airbag deploying thanks to his full racing gear. The car, on the other hand…well, that’s going to need some work. 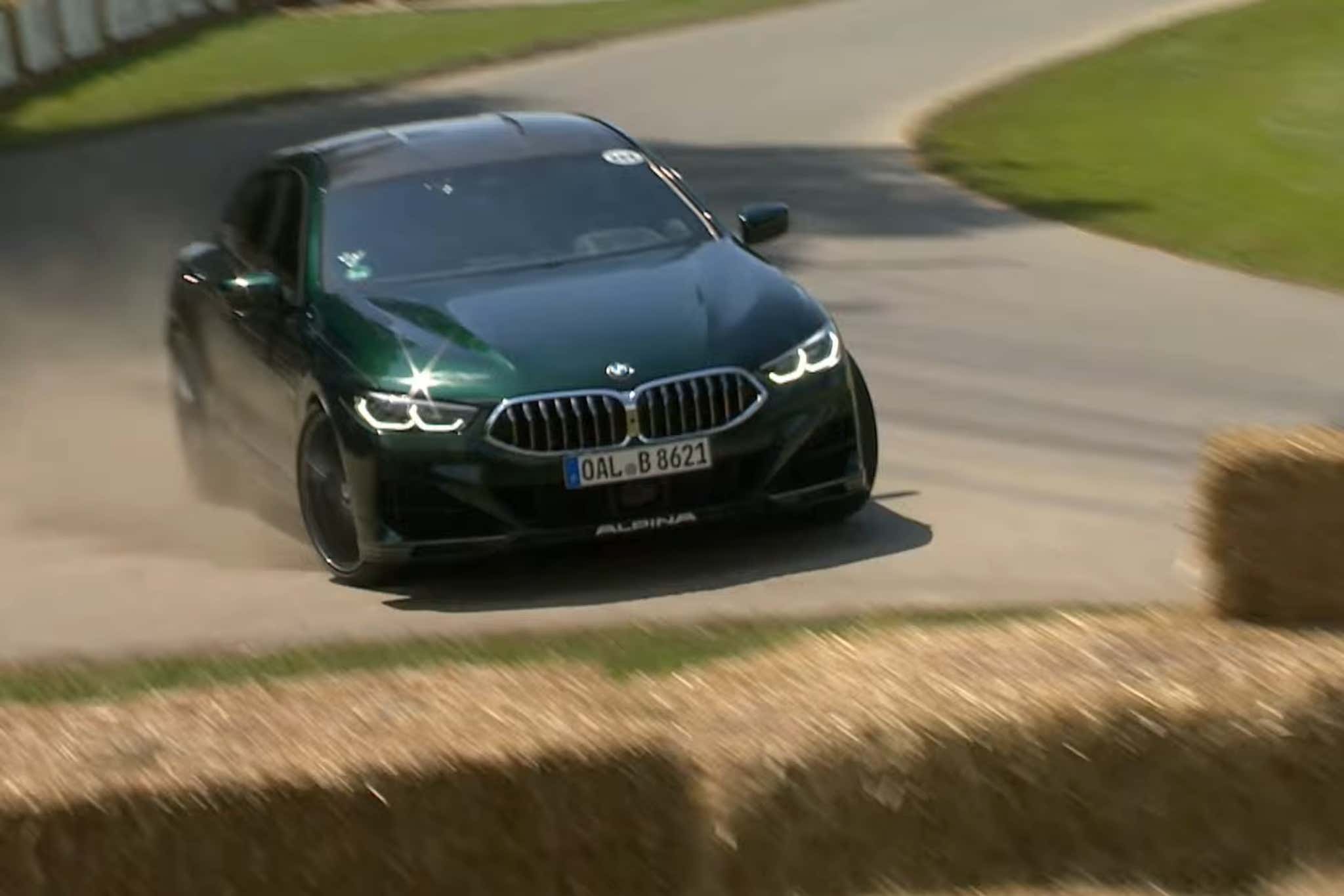 The car went off at Molecomb, which is the last corner on this Goodwood course. Occasionally, a chicane is placed before Molecomb to slow the cars down so accidents like these don’t happen. That chicane was, of course, not present for this particular run. As you can see in the clip below, the car’s airbag deployed, the hood was crunched, and much of the front fascia was damaged as well.

The Alpina B8 in question is of the Gran Coupe variety, meaning it has four doors, all-wheel drive, and 612 horsepower from a twin-turbocharged 4.4-liter V8. Basically a sportier, more svelte version of the 8 Series Gran Coupe, it’ll hit 60 mph in just 3.3 seconds and top out at 201 mph, all while weighing 4,831 pounds. This performance comes at a cost, of course, as the Alpina B8 Gran Coupe starts at $139,900.

Diment, a competitor in MG Car Club races in the United Kingdom, can be seen walking around after the accident, so he made it out at least relatively unscathed. Let’s hope this is the only expensive piece of machinery to get damaged this time around at Goodwood. There have definitely been worse crashes in the past.