Even if you don’t have a Mopar or No Car tattoo, it’s hard to deny the appeal of a classic Chrysler build that leaves nothing on the table. Cars like Kevin Hart’s Hellcat-swapped Plymouth Barracuda and the 1,000-horsepower 1970 Dodge Charger he replaced it with come to mind as examples, and for good reason. Both were built by Speedkore Performance, the Wisconsin shop known for blank-check restomods that take everything from modern Dodges to historic Shelbys to their logical, most high-performing conclusions. And the next car to be eased down that path will be Plymouth’s NASCAR-homologation superstar, the Superbird, which Speedkore will re-body in full carbon fiber.

Word of the Superbird build arrived in our inbox in the form of self-explanatory photos and the words “carbon fiber.” The photos themselves depict a mold shaped like the Plymouth’s distinctive, air-splitting nosecone—easily distinguished from the similar Dodge Charger Daytona’s by the ridge running down the bumper’s edge. 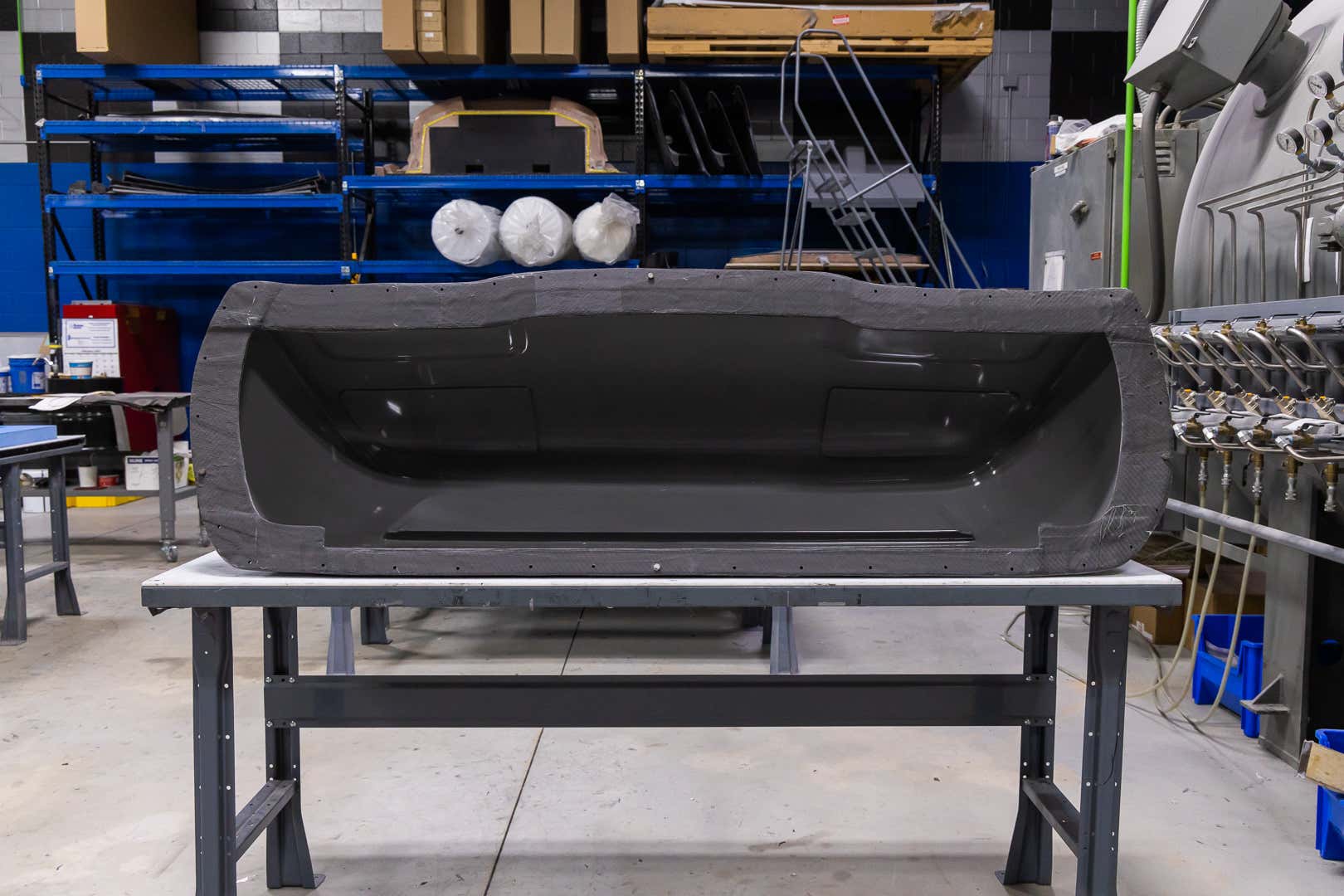 These twin Chrysler “aero warriors” helped lead stock car racing into 200-mph territory (beyond the contemporary limits of tire technology) and pushed NASCAR to start enacting performance restrictions. Mopar’s low-drag pioneers were the first and worst to suffer, being forced to carry either smaller 5.0-liter engines or run extra weight. The latter handicap might’ve been mitigated if engineers could concentrate ballast in the floor with the aid of composite bodies. In that sense, the carbon Superbird of Speedkore is doing what Plymouth would’ve done if it had the technology back in the day. 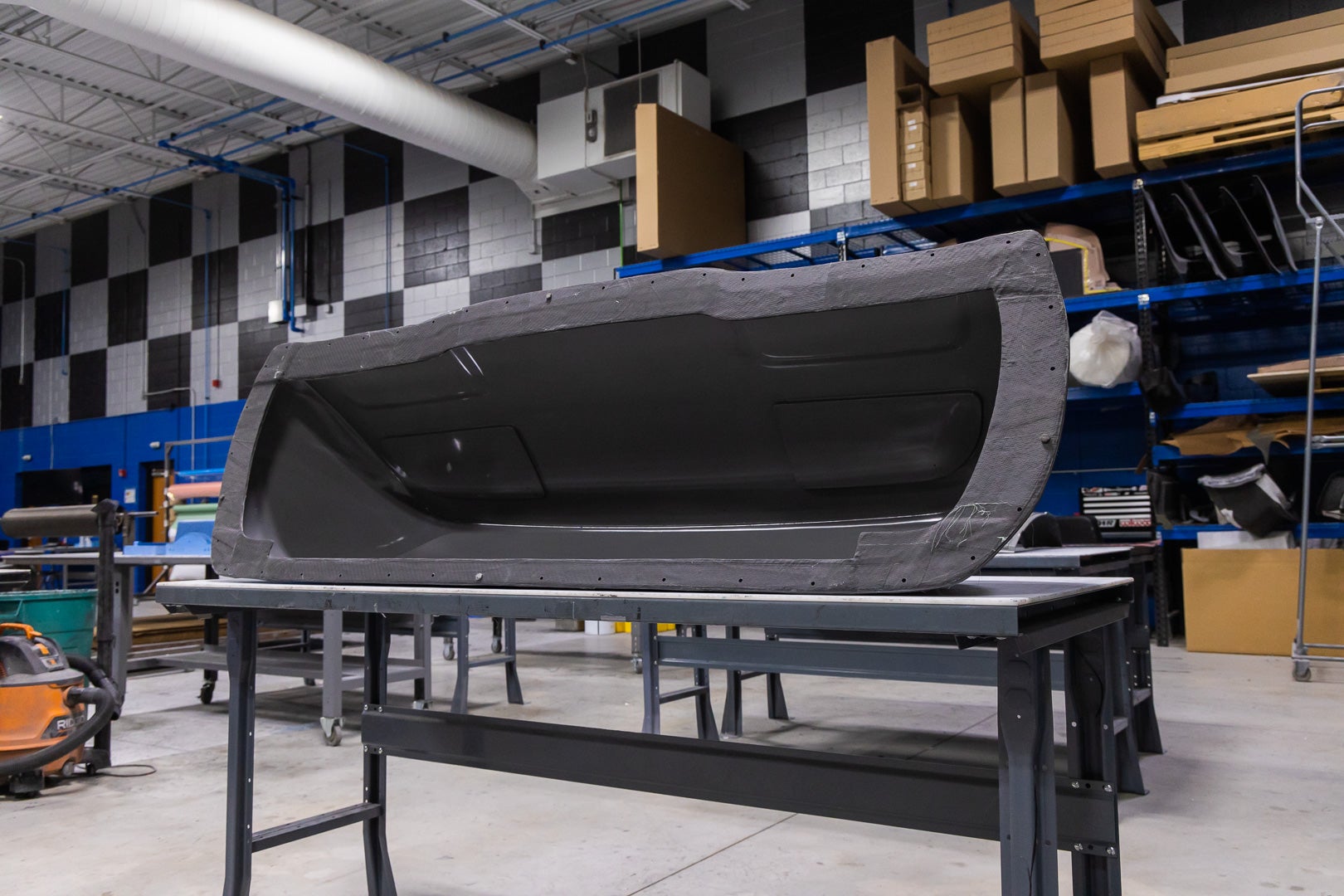 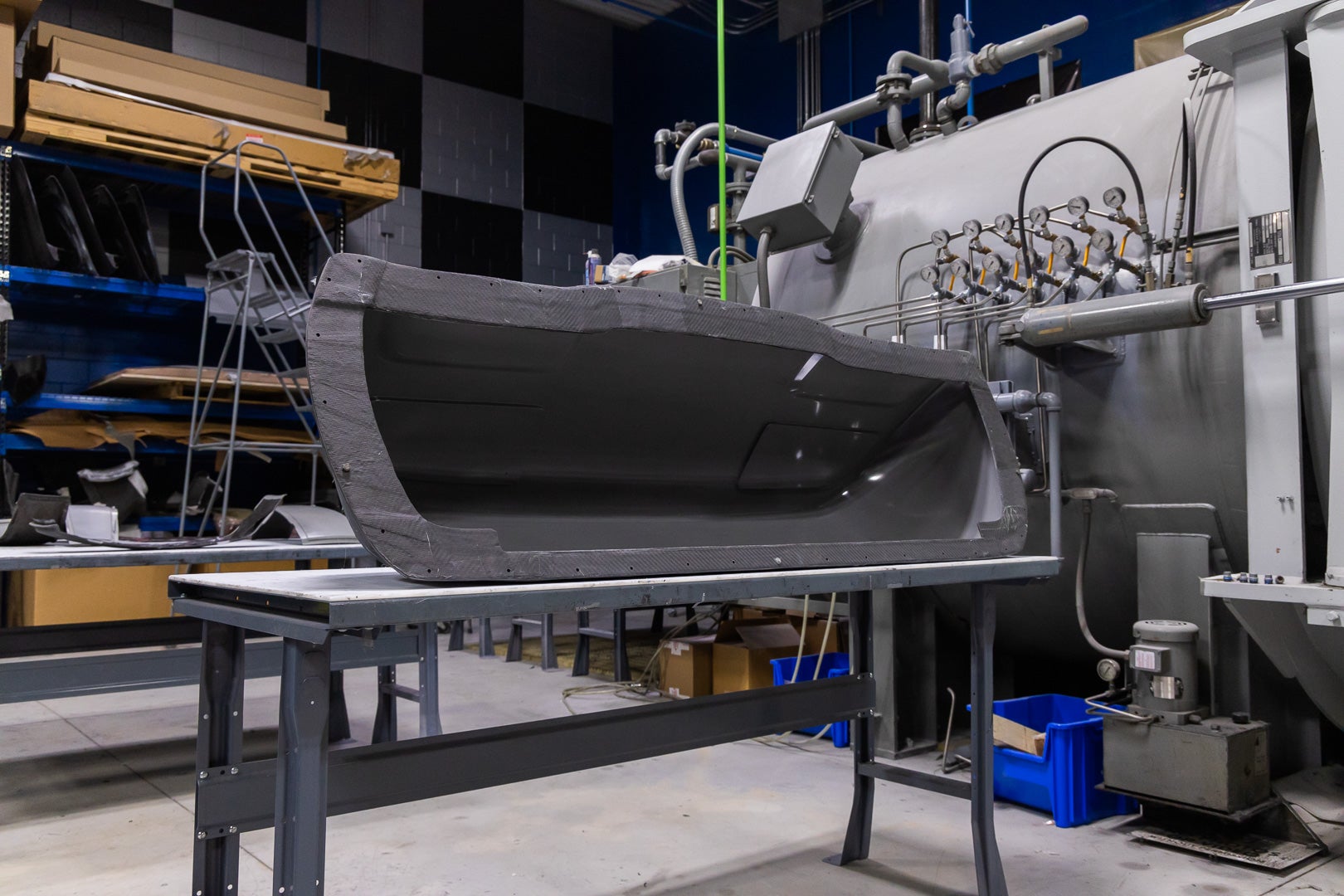 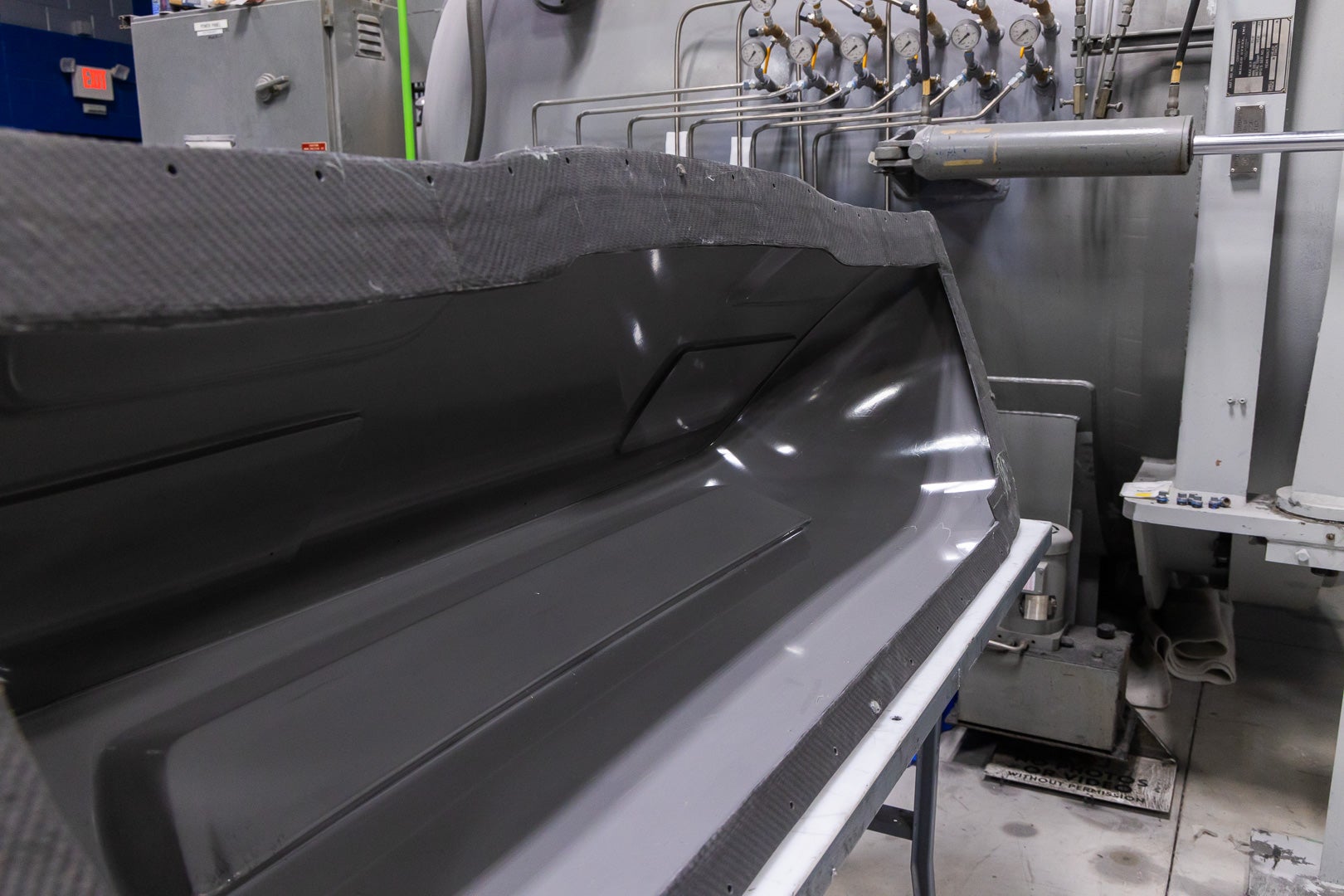 Speedkore tells us its Plymouth’s plumage will, like all its work, be made from pre-preg carbon fiber, which results in parts with consistent strength, thickness, and weave pattern. It’ll be top-quality stuff, and the kind of material that would’ve been even as revolutionary in late-’60s stock car racing as it was in ’80s Formula 1.

Like you, we can’t wait to hear more about what’s in store for this Superbird, particularly what’s under the hood. It’s probably something along the lines of a nine-liter race boat motor, or at the very least, a twin-turbo, 1,500-horsepower Hellcat V8. Surely either is gratuitous enough for a super-light Superbird.