Back during the days of Geo, GM resold Suzukis as the Metro and Tracker, Isuzus as the Spectrum and Storm, and even the Toyota Corolla as the Geo Prism. Though Geo bit the dust in 2004, GM continued to repackage Corollas, first as Chevrolets, and then as Pontiac Vibes which—believe it or not—could be fitted with a special-order supercharger available through Toyota Racing Development and GM Performance Parts.

Built in the factory that today houses Tesla, the Pontiac Vibe was pretty much a badge-engineered Toyota Matrix, which was essentially a Corolla hatchback. Save for their styling and HVAC systems, the Matrix and Vibe were almost identical, sharing chassis and powertrains, which in first-gen models consisted of a pair of 1.8-liter Toyota four-cylinder engines. Most had the lesser, 130-horsepower 1ZZ-FE, which could still be brought up to hot hatch scratch with an Eaton blower sold through both GM dealers and TRD. 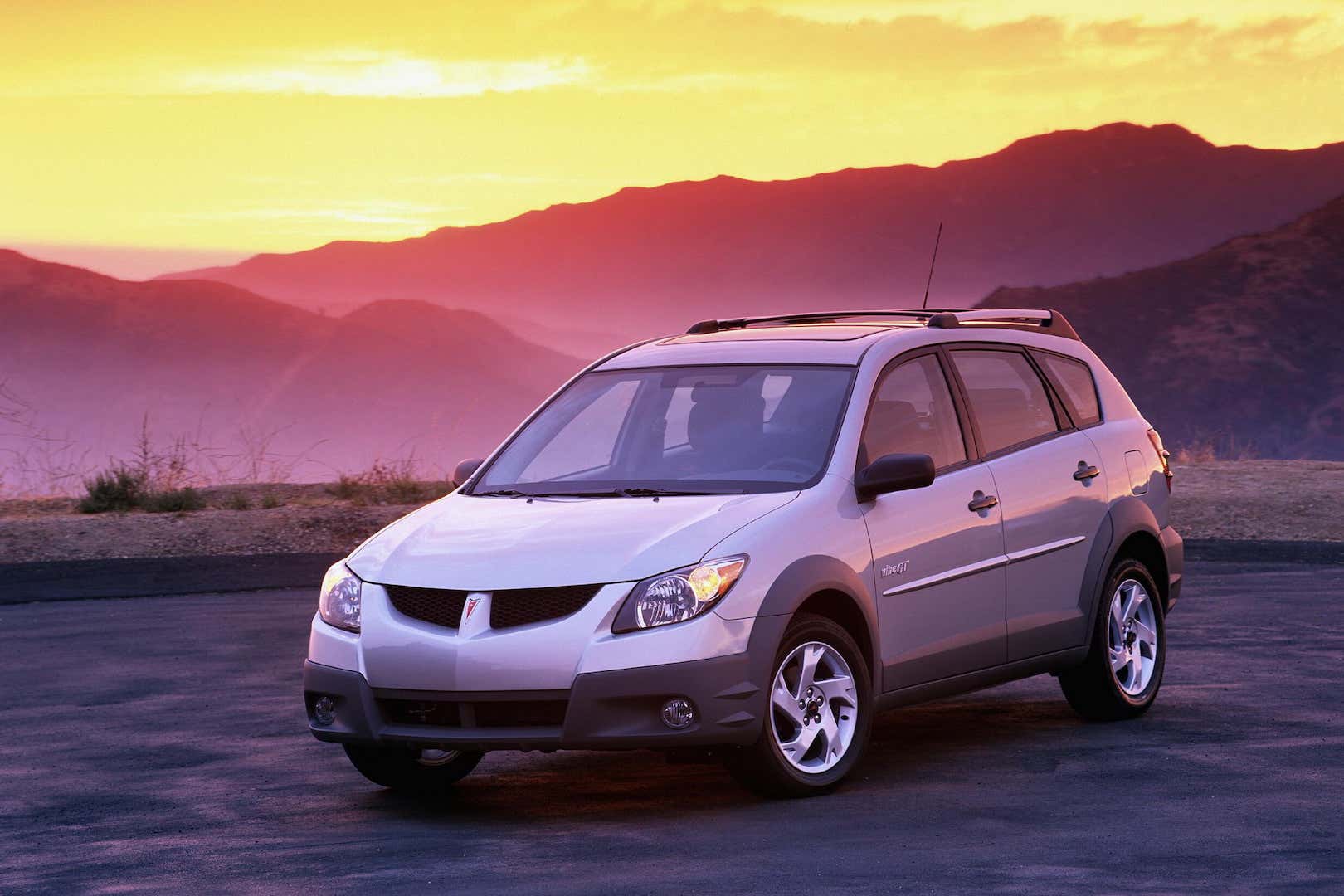 According to Autos.ca, this roots-type blower generated 7.5 psi of boost, which specs archived on a GM forum indicate elevated horsepower to 170 and torque to 150 pound-feet, respective gains of 40 and 25. Though horsepower fell short of the Vibe GT’s 180, the blower helped base Vibes beat the GT’s torque output of about 130 lb-ft, not to mention access that torque without screaming up to redline. Extra torque did mean that GM wouldn’t install the blowers on all-wheel-drive models, though a forum post indicates at least one car was modded in such fashion at the expense of the owner’s warranty. 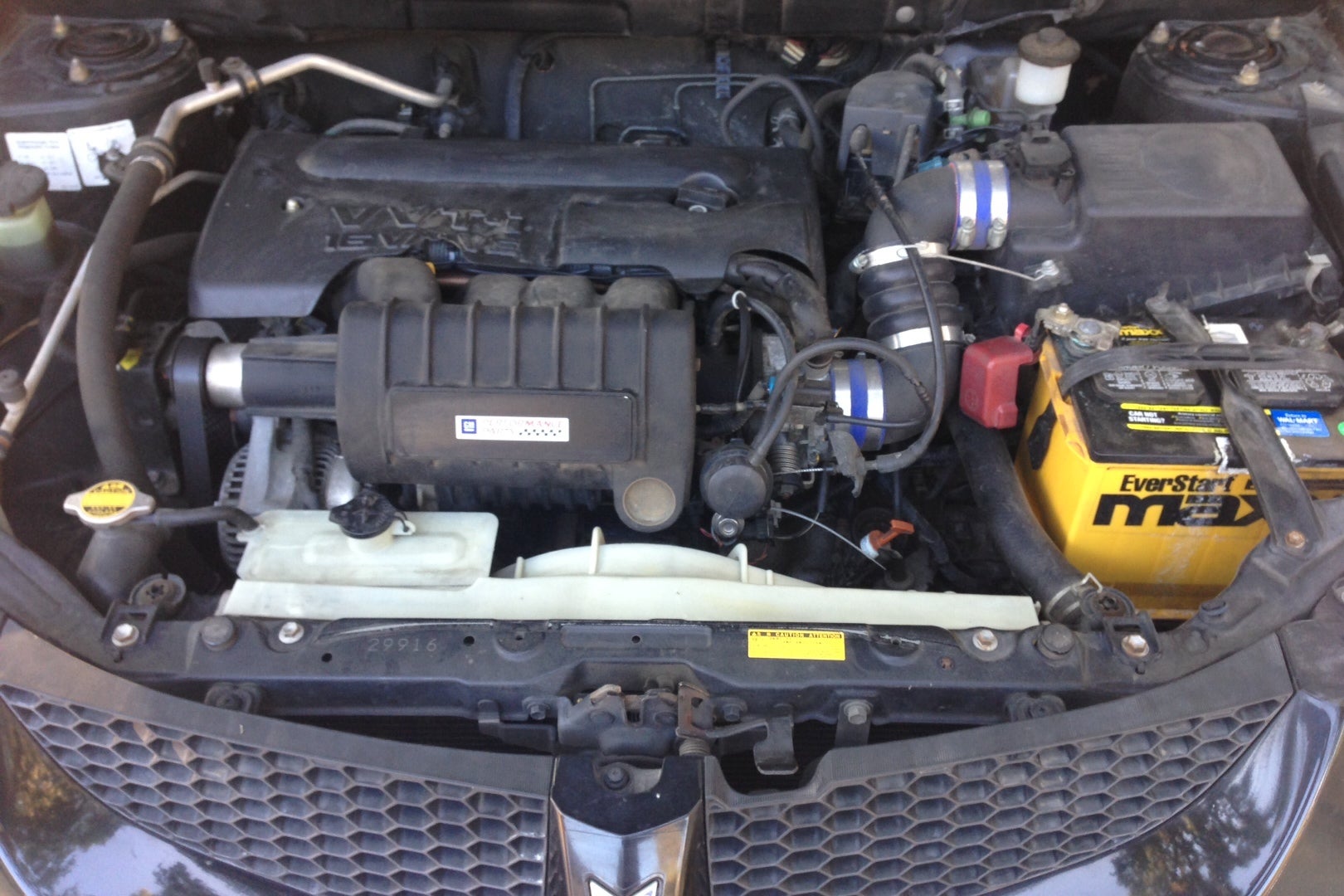 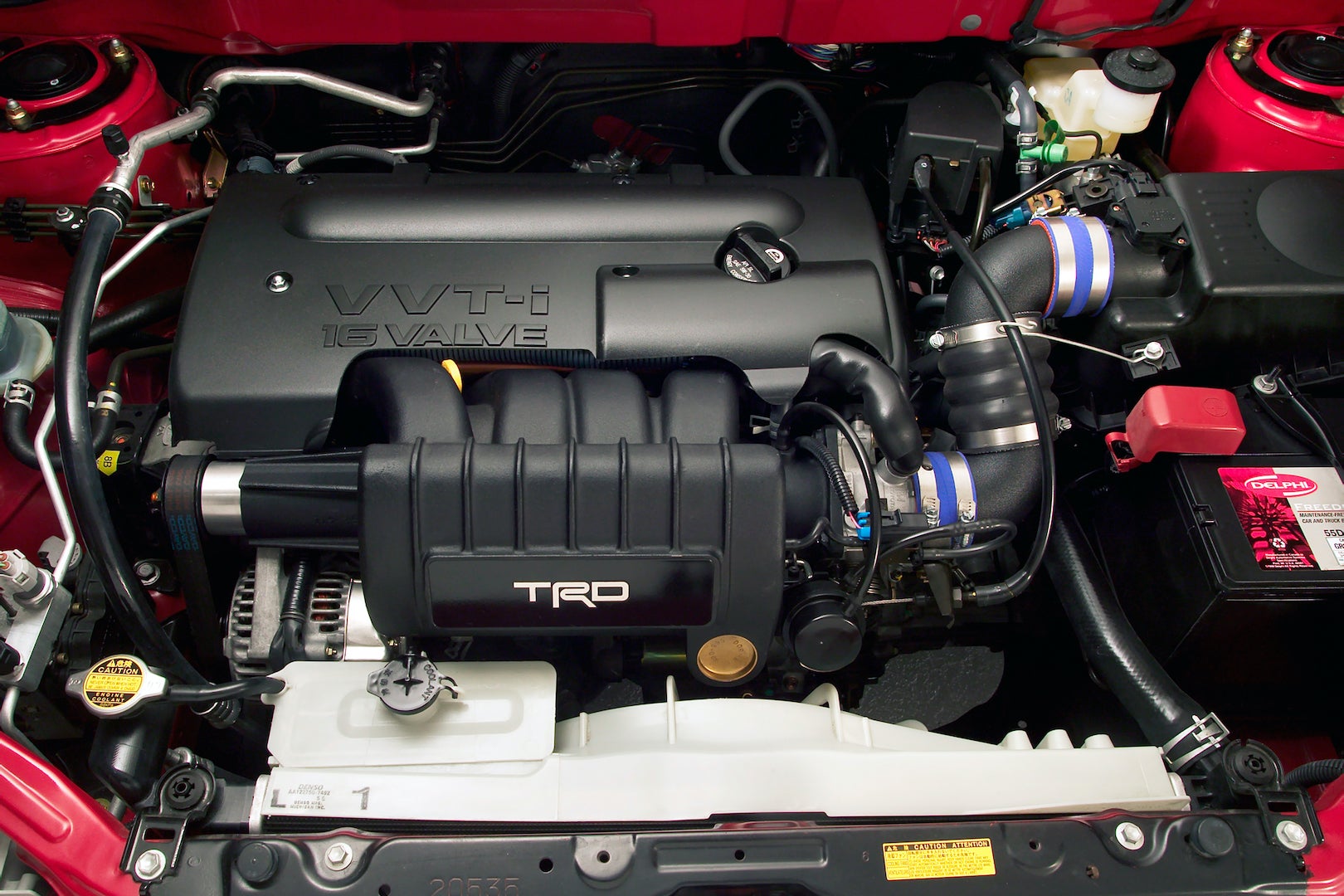 On Toyota’s side, TRD offered a kit that doesn’t obviously differ from GM’s in any way—photos of supercharged Matrix and Vibe engine bays are almost interchangeable. TRD, however, let owners free up a few extra horsepower with a stainless steel resonator, one which Car & Driver reports took Toyota’s SEMA 2003 Matrix TRD concept to around 180 horse and 155 lb-ft.

Toyota’s superior aftermarket support makes sense considering the existence of the Matrix XR, an intermediate performance trim with improved handling and aero but the base engine, making it the ideal donor for a supercharger. 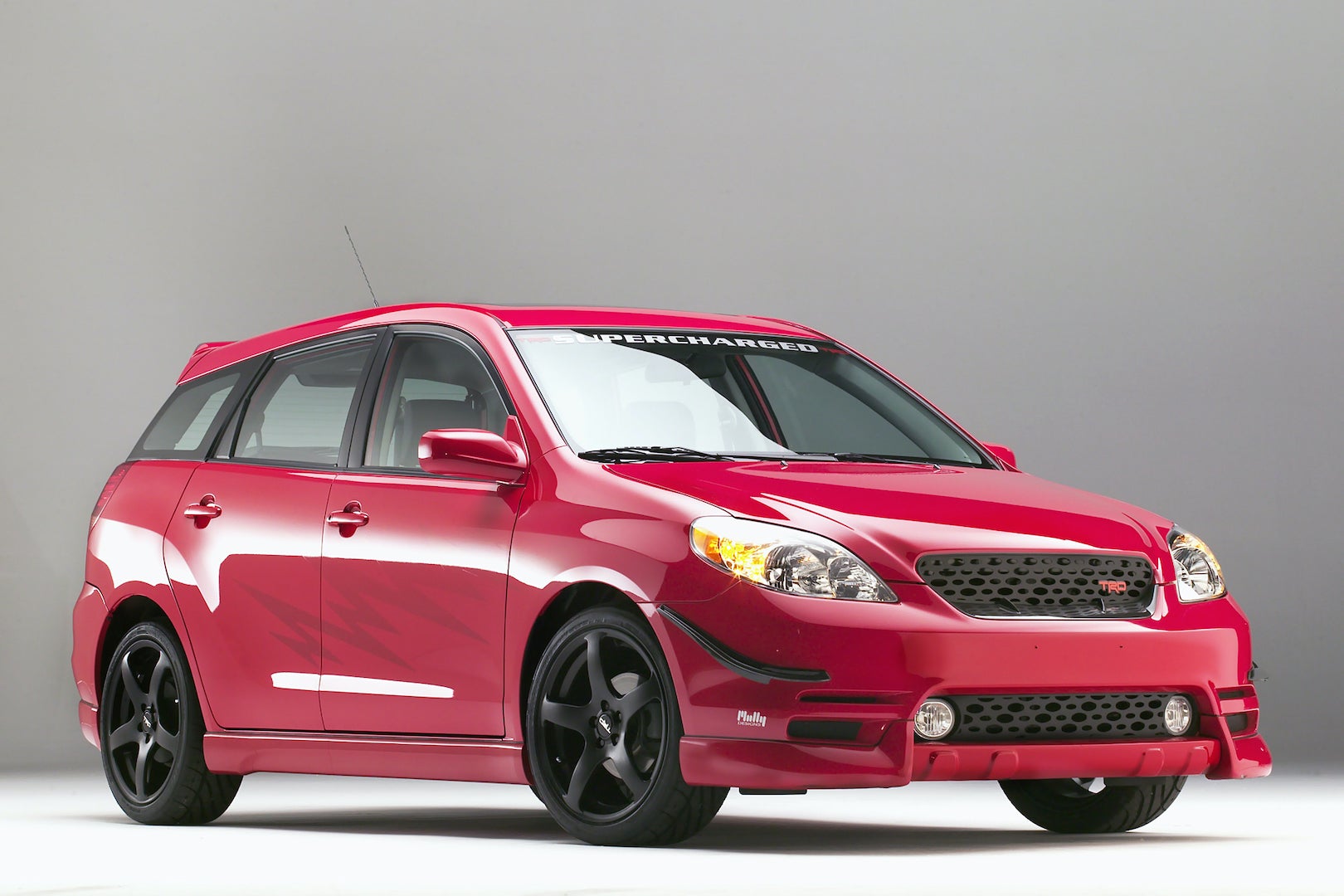 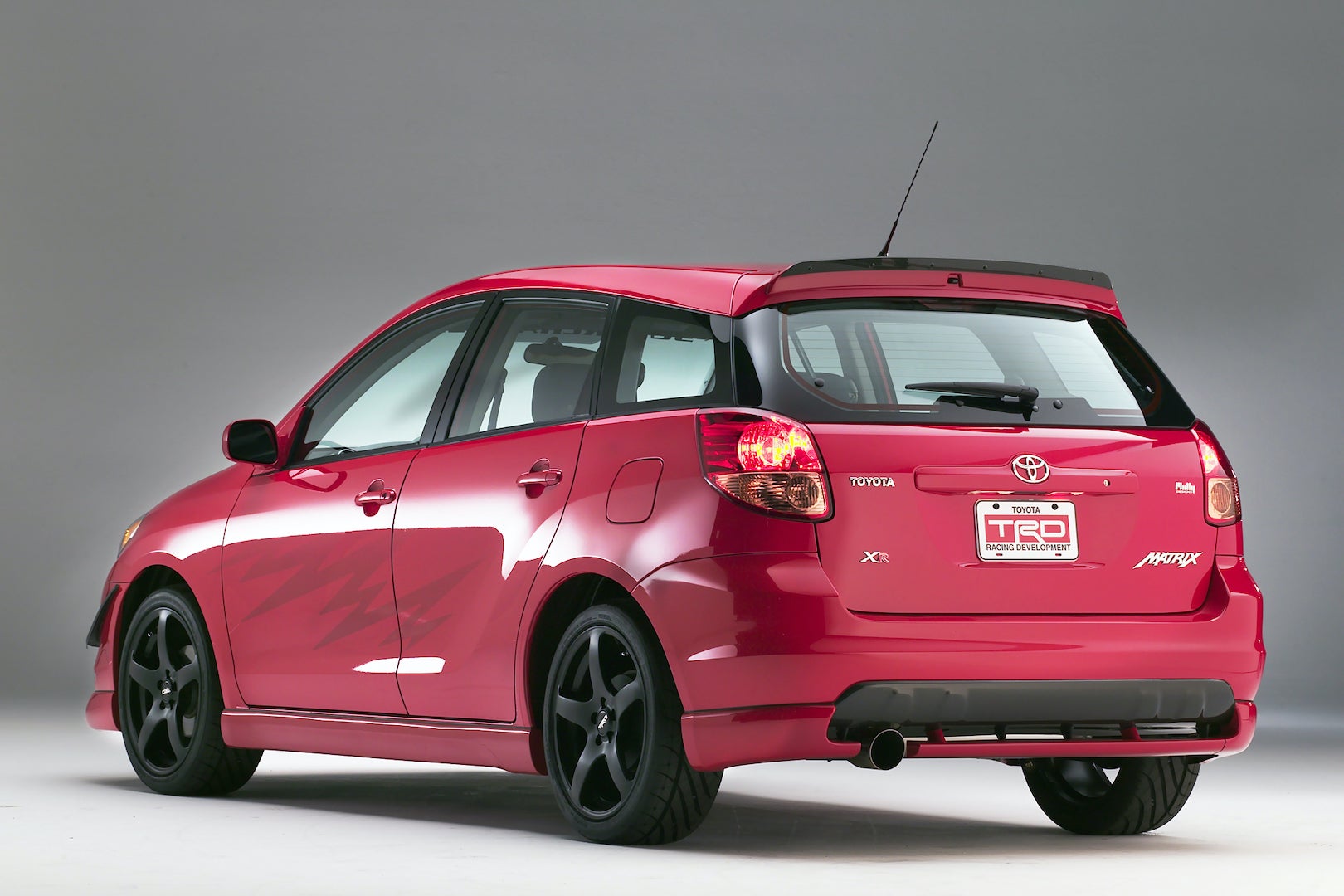 As you can surmise from this kit’s obscurity, it didn’t sell in huge numbers, possibly in part because it cost $3,000 (about $4,250 today) plus installation. Discontinuation may have occurred as early as 2004, though supporting components can still be found on Toyota’s accessory site. The TRD resonator and blower aren’t among them, but if there’s a Vibe owner out there with that combination, they’ve got a car capable of going head-to-head with the Vibe GT. Too bad GM didn’t keep it up with the good Vibes.