The Comfort Suites lobby was closed when I arrived after coasting 5,000 feet down a mountain with a dead alternator and a dying battery in the middle of the night. The sidewalks roll up early in the city of Tucson, apparently, and I trudged back to the van—it was still 97 degrees Fahrenheit—and realized that this parking spot, so close to the ice-cold AC and shower I desperately wanted, was going to be my new campsite. Oh well. I noted with some pride this meant I’d spent a week straight in the van, without stopping for so much as a coffee with anyone I knew; it was truly one full week spent alone. Even if this wasn’t ideal, I was succeeding.

The next day I checked in early, the clerk sympathizing with my predicament and snagging me a room much earlier than the normal 3 p.m. check-in. Safe from the 115-degree heat, I immediately got to work finding somewhere to fix the van. Behold, a Toyota off-roader specialty shop not three miles from my hotel! Was this divine providence? Had my trusty Hiace, Marsha, purposely taken me to a hotel that could really provide that easy a fix? I am not very religious, but a coincidence of this magnitude is enough to make one reconsider. 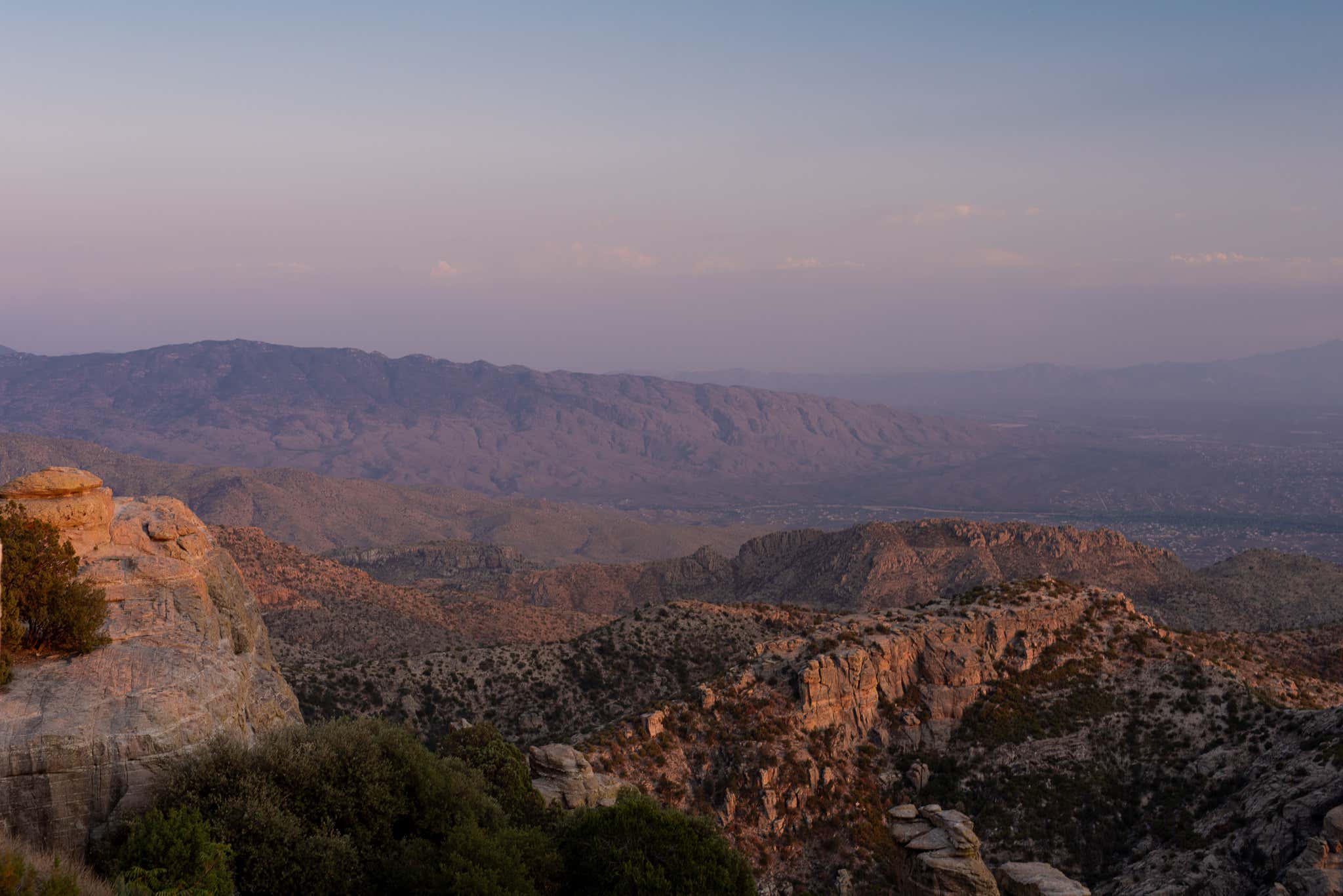 [Editor’s note: Writer Victoria Scott is taking off to travel the country this summer and explore car culture in a JDM 1995 Toyota Hiace, and we’ll be chronicling her adventures through a series on The Drive called The Vanscontinental Express. It’s natural to yearn for the open road at a moment when it feels like the world is waking up from a yearlong daze. But as a trans woman looking for her place in the world, Victoria’s journey is anything but your average road trip. This is part eight; you can read parts one through seven here.]

It was Sunday, and everything was of course closed, so I just needed to be patient. Tucson is a beautiful city, but I get the feeling not many of their businesses enjoy being open. I wiled away the time writing and drinking at the pub across the street. I love random bar conversations—there’s no incentive to have them. They’re ephemeral. As someone wandering through the U.S., hoping to get a feel for local culture and styles, they’re a godsend. It was an experience I missed during COVID so badly that I never realized how much I wanted it until I could have it again.

A friend who’d come in to visit from northern Arizona stopped by, and we spent the rest of the night chatting and swapping van stories. As far as “wasted” travel days go, it was a great breather, and one I needed after the Initial D run down Mount Lemmon the night before. I slept amazingly in the air-conditioned womb of Comfort Suites, confident tomorrow would work out well. The desert had not let me down yet. I had faith it would come through for me once more. 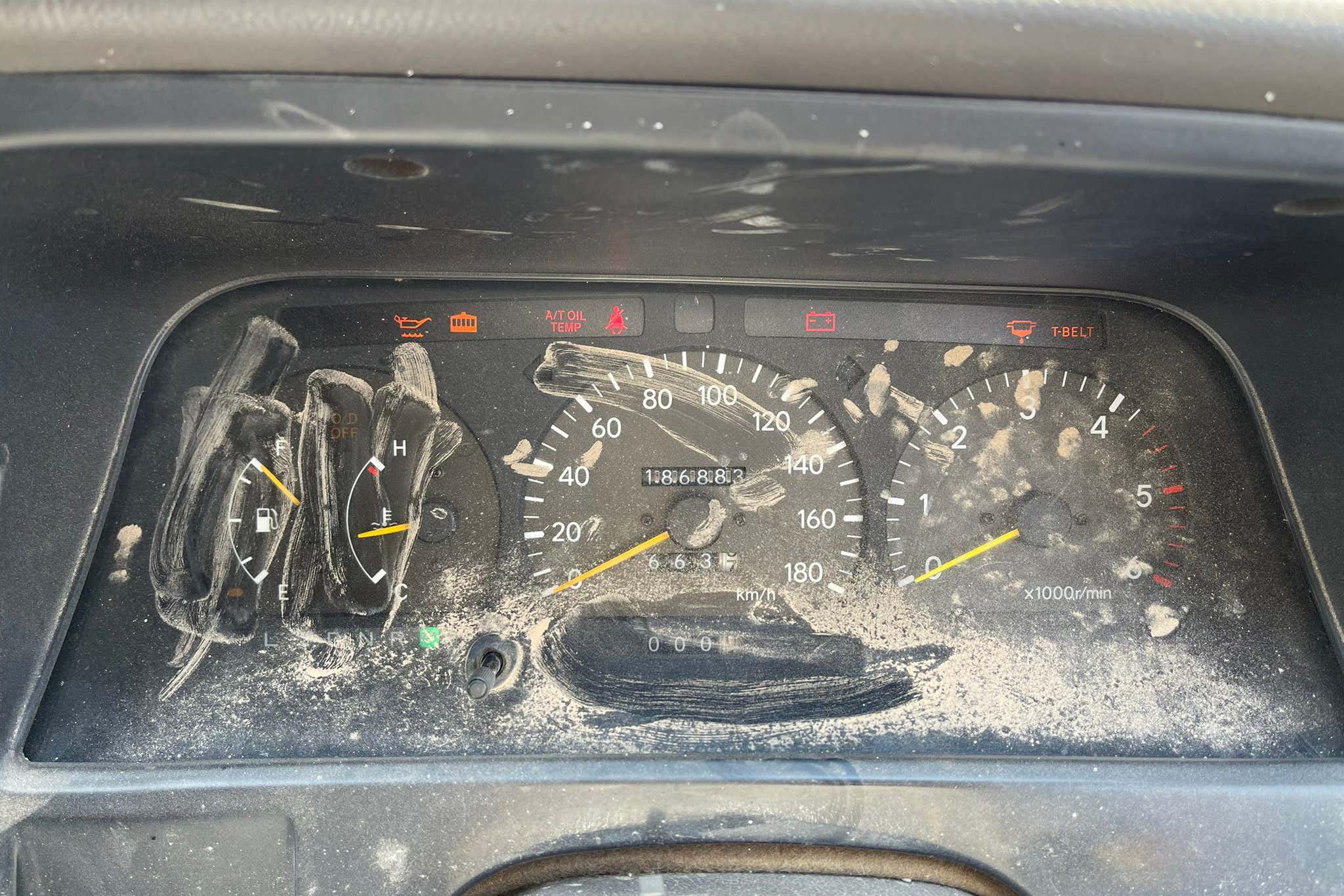 That faith was immediately tested on Monday morning. I called shop after shop, including the Toyota off-roader specialist, and no one would touch the Hiace. The ones that would refused to send out the alternator for a rebuild, despite my protestations that a replacement was virtually unobtainable. I was not dismayed, but I was frustrated. I knew I could get at it myself if in a parking lot if I wasn’t afraid of passing out from heat stroke as temperatures climbed past 110 degrees again.

Finally, though, I called an independent shop, Perfection Auto Works, that advertised Toyota repairs as well as BMWs, Mercedes-Benzes, and other luxury makes. Surely, a shop crazy enough to work on old Benzes in the middle of the desert would be willing to fix Marsha. I called and reached someone who seemed almost intrigued. He admitted he hated working on cabovers—one too many bad experiences with Previas in the shop, or something—but he wanted to help me because I was stranded. I called in a tow.

The tow is ordinarily a respite from the action in a breakdown story, but my driver Joel was one of the most enthusiastic random encounters I’ve had on the entire trip. He adored the story and he loved Marsha, and he was thrilled to help me continue on my journey. It was like the bar conversations of the night before. Meeting people, sharing stories, and going separate ways has a romanticism to it that warms me. It reassures me of a common good we all share. I haven’t let many random people sign the van, but I was happy to give him a sharpie and let him go to town. After all, he was now a character in this story, and one who was crucial to its continuing.

The van simply refused to start, even on two jump packs, after being rolled off Joel’s flatbed. He cranked it several times, and it would click, then quit. I offered to try. He obliged. One key turn—nothing. “Come on, Marsha, please,” I muttered, patting the dash. She fired right up, and Joel’s jaw dropped. Perhaps it was the heat making me loopy, but it felt like another moment of desert mysticism that had me glancing skyward with arched eyebrows. 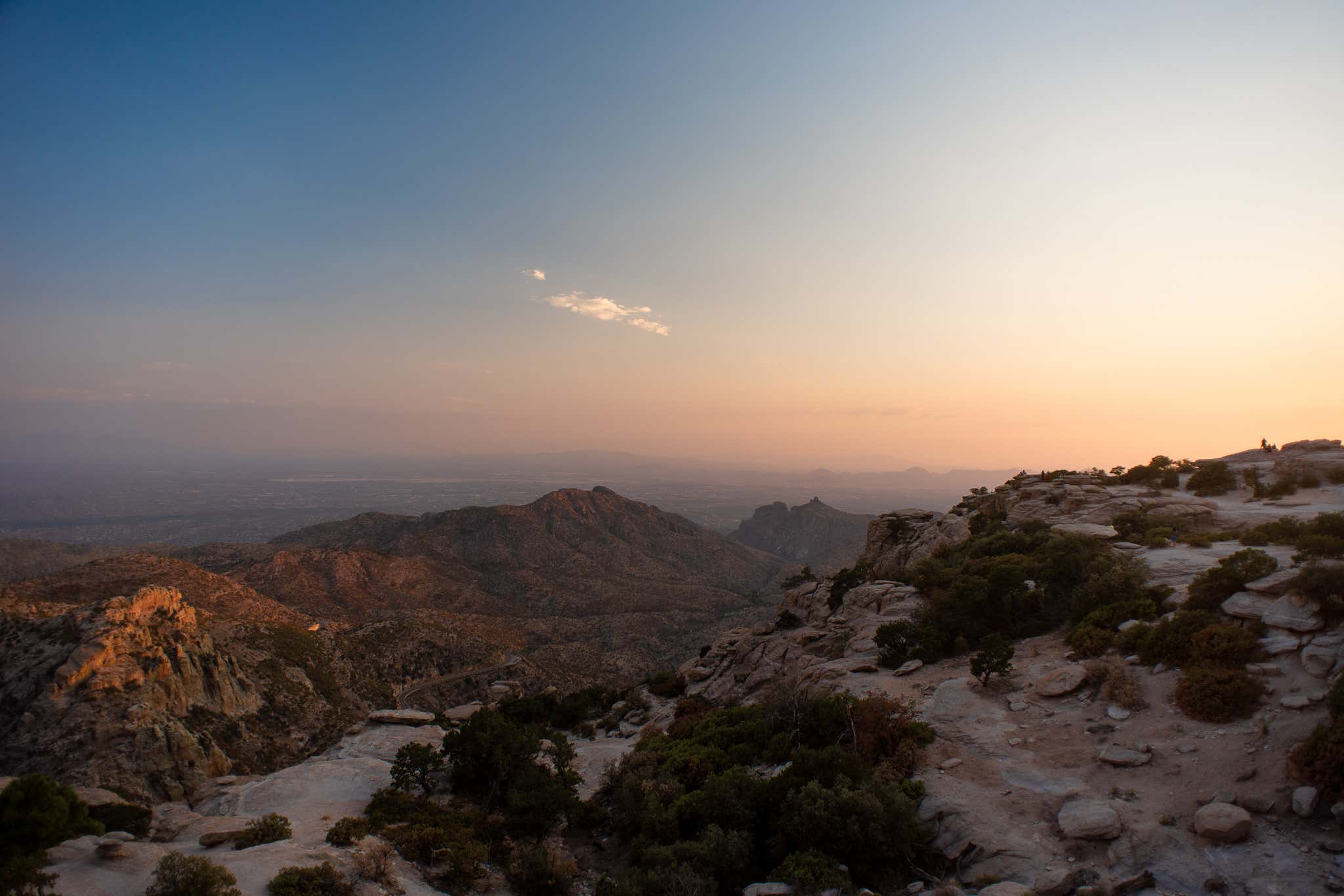 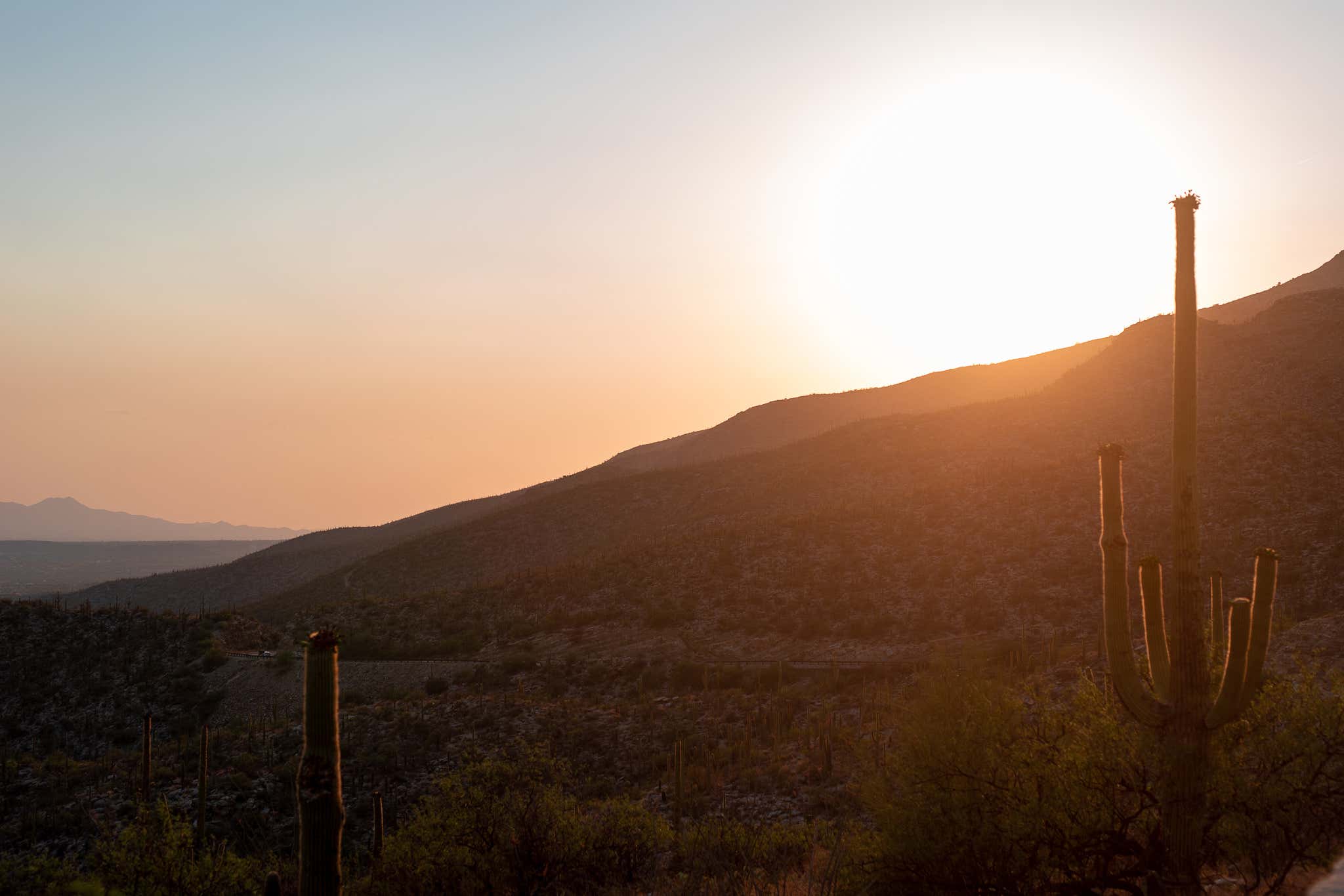 I dropped the van at the shop, and Mike, the shop’s owner, said he would do his best for me. They had more business than anyone could ever handle—I think there were 30 cars at the shop when I arrived—but he moved me to the front of the line, in hopes that I could be back on my way. I retired to my hotel, finally beginning to crack under the stress. I had three days to get to Los Angeles for a big event I was scheduled to speak at, and now it was all out of my hands to get the van on the road.

I didn’t crack in my normal way, though. Usually, I would have a panic attack; physical symptoms of crushing anxiety would manifest, and I would need to sleep it off. But no, this was different. I was simply overwhelmingly angry at myself. I had to make calls to friends. Can I get a car in LA to borrow? Can I couch surf instead of sleep in the van, as was planned? I looked into booking flights; many people offered to help. I began to feel a sense of guilt. I want to be someone who helps, not who is helped. It felt like cheating to accept any assistance on my solo road trip, no matter how bad I truly needed it.

This is not a unique occurrence, either. I have long insisted on standing alone and avoiding help, even when it’s to my own detriment. I am blessed with supportive friends. I have no need to forgo their assistance, especially in a situation as dire as this. I could absolutely count on my circle to come through for me. But I feel a pathological compulsion to prove it to myself that I need no one. Another night spent in a hotel was already a failure to me, but having to admit that I could not truly last on my own felt like a deeper, more philosophical failure. No man is an island, but I wanted this woman to be one. 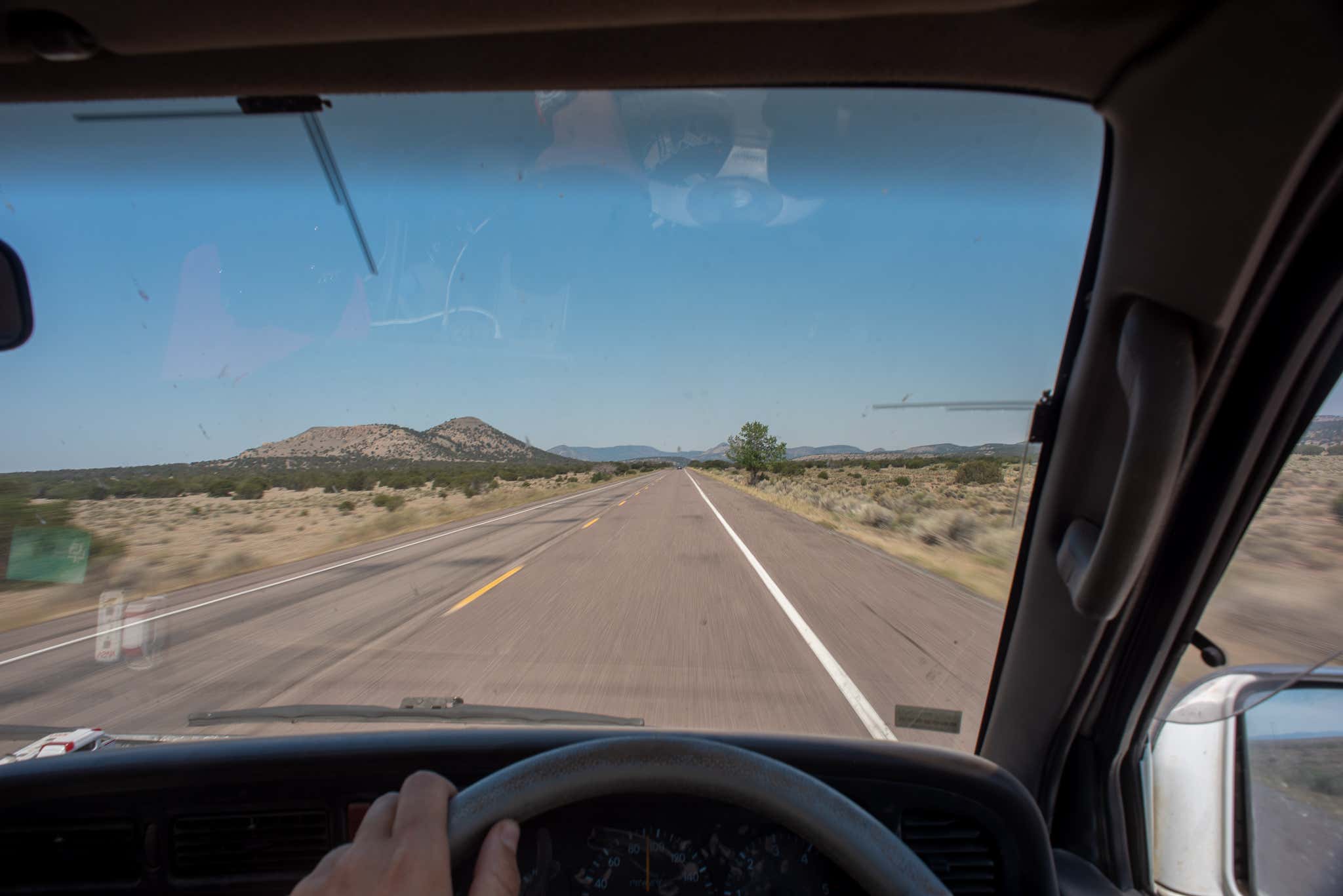 The next day, I got word that Perfection had gotten the alternator back from the rebuild shop. I had already booked an Amtrak ticket, lined up a friend’s Audi Allroad V8 in LA as a backup plan, and was having an alternator shipped in from Vanlife Northwest—the only place I could find in the continental US with a Hiace alternator in stock—as a backup-backup plan. No matter what happened, I’d get to Los Angeles in time for my event, but I went in to Perfection to kill time before my train arrived, on the off chance they managed to get Marsha back together before departure and I wouldn’t have to leave her in Tucson.

As I sat and chatted with Mike, the shop’s owner, he told me why he agreed to fix my car on such a tight timeframe. As customers came in and out of the shop through our conversation, it was apparent he didn’t need the business. Rather, he too had once been stranded. A loaner car from the Porsche dealership where he started his career broke down on him and his wife in California many, many years ago. He was stuck in the middle of nowhere with no backup. His boss, Fred, came through for him—sent a tow, arranged a new car, and he lost almost no time getting back to his trip with her. Ever since then, he’s tried to help every stranded traveler that ends up on his doorstep, simply because he feels it’s the right thing to do.

His team miraculously finished the van at 5:15 p.m. on Tuesday, just three days after my Christmas-tree dash lit up, leaving me with plenty of time to book it out to Los Angeles for my event Thursday. Mike had successfully helped another stranded traveler.

Back in the running van, helped by people who I’d never met and likely wouldn’t meet again, my disappointment in myself finally lifted. I know I would not be here without the assistance of others. No matter how steadfastly I try to undertake my travels solo, it will never truly be solo. Out in the desert, when I thought I’d backed over a cactus, a man in his 4Runner stopped to check and make sure I was all good. My gleaming knight in his shining Tundra, who I tailed down the mountain pass, ensured I made it to the oasis of the hotel. My editors here, who have outfitted me with a rescue beacon, so if this happens again I won’t, you know, die. Mike at Perfection Auto Works and his team, who miraculously fixed my alternator and made my AC blow colder in the span of less than 24 hours, ensuring I could get to Los Angeles for my event.

Countless others from along this journey who have stood by me, no matter how far out into the most desolate wilderness I travel. Accepting help at this stage was not detrimental to the story. It is part of it. 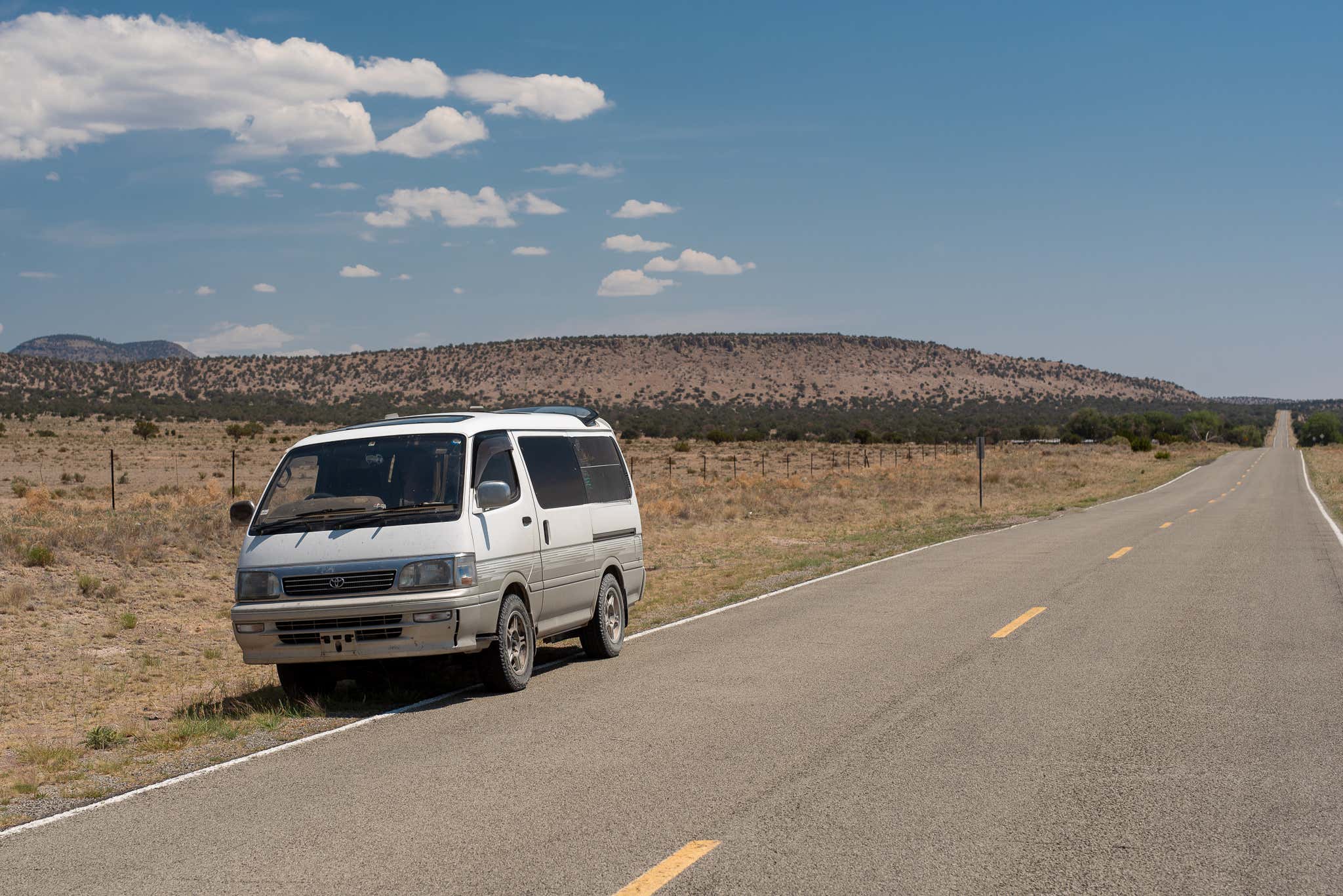 I don’t think divine providence helped me escape the desert. I know that other people did. I need to remember that being helped is not a personal failing any more than going it alone is. Knowing when to accept the kindness of others is something I hope to get better at from this very vivid lesson. All I can do—all I hope to do—is say thank you and pay it forward. Just like Mike did. One act of kindness from decades ago lives on through his actions in helping a stranded traveler. I hope someday I can do the same.

You can follow Victoria’s journey in real-time on Twitter here. Got a tip? Send us a note: [email protected]