If you have never heard of a stroad, don’t fret; it’s not a prominent term in the automotive lexicon. Non-profit group Strong Towns claims to have coined the word, which is a combination of “street” and “road,” describing an extra-wide car path built for high speed but with multiple access points. And according to Strong Towns, it’s a terrible way to build cities, posing a hazard to the people who live there.

Whoa, whoa, whoa. I’m not sure how we’re supposed to get to Old Navy and Lowe’s without a stroad. In suburbia, these so-called stroads are the primary way to get to places of business. The automobile is king, and if a highway is the aorta of the body of the country, stroads must be the secondary arterial passageways. However, some groups are calling for a hard look at how people move from place to place to make towns and neighborhoods safer and more human-focused. 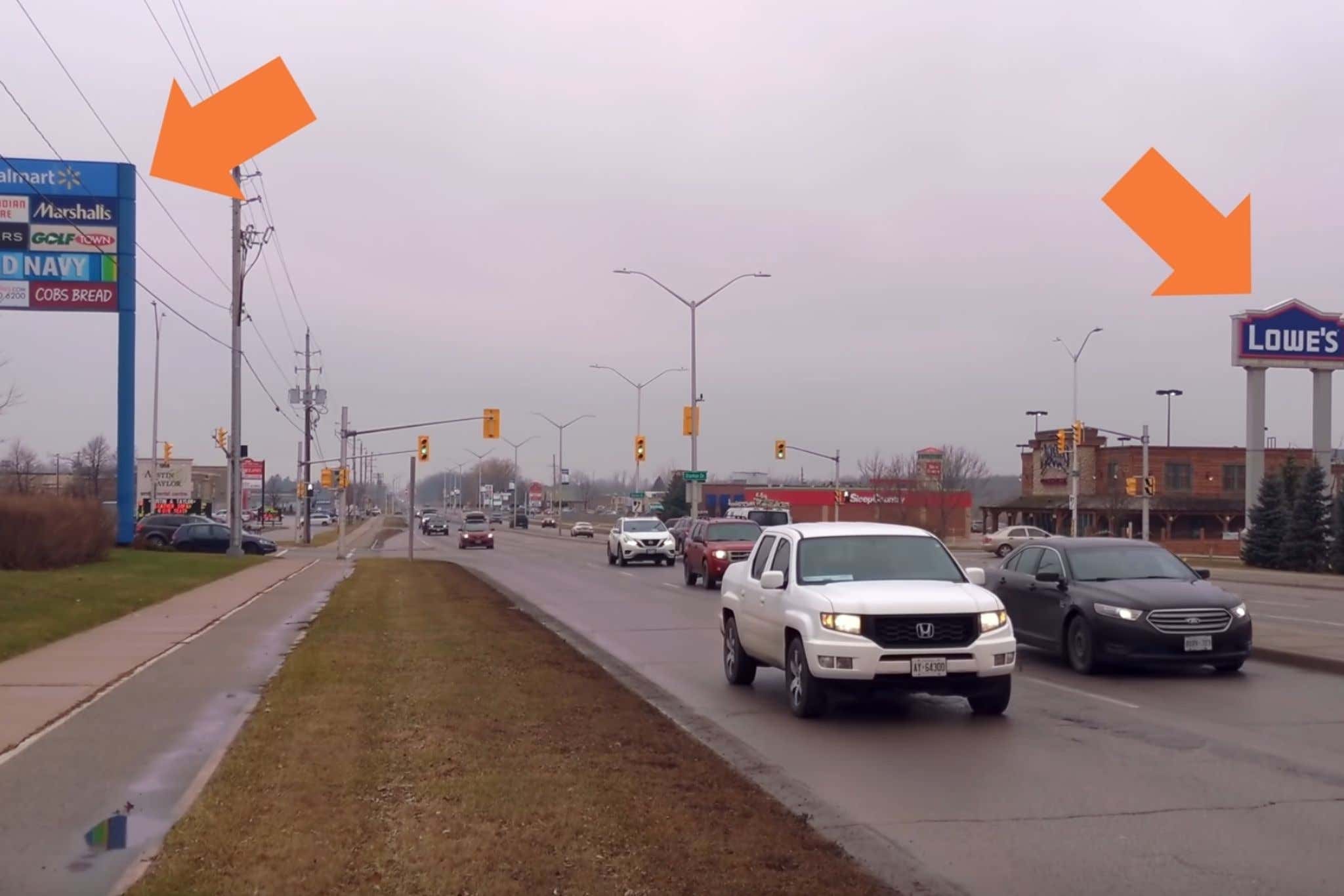 Strong Towns says its goal is to encourage the practice of building towns based on how they actually work and to teach people to “stop valuing efficiency and start valuing resilience.” Because its stance on stroads can be difficult to understand (and trust me, I had to do some studying before writing this), I’m including some language from the ST site to explain:

“Streets: On a street, we’re attempting to grow the complex ecosystem of businesses and homes that produces community wealth. In these environments, people (outside of their automobiles) are the indicator species of success. Successful streets are environments where humans and human interaction flourish.

Roads: In contrast, the function of a road is to connect productive places to one another. You can think of a road as a refinement of the railroad—a road on rails—where people board in one place, depart in another and there is a high speed connection between the two. With a street, we’re trying to build a place. With a road, we’re trying to get from one place to another.” 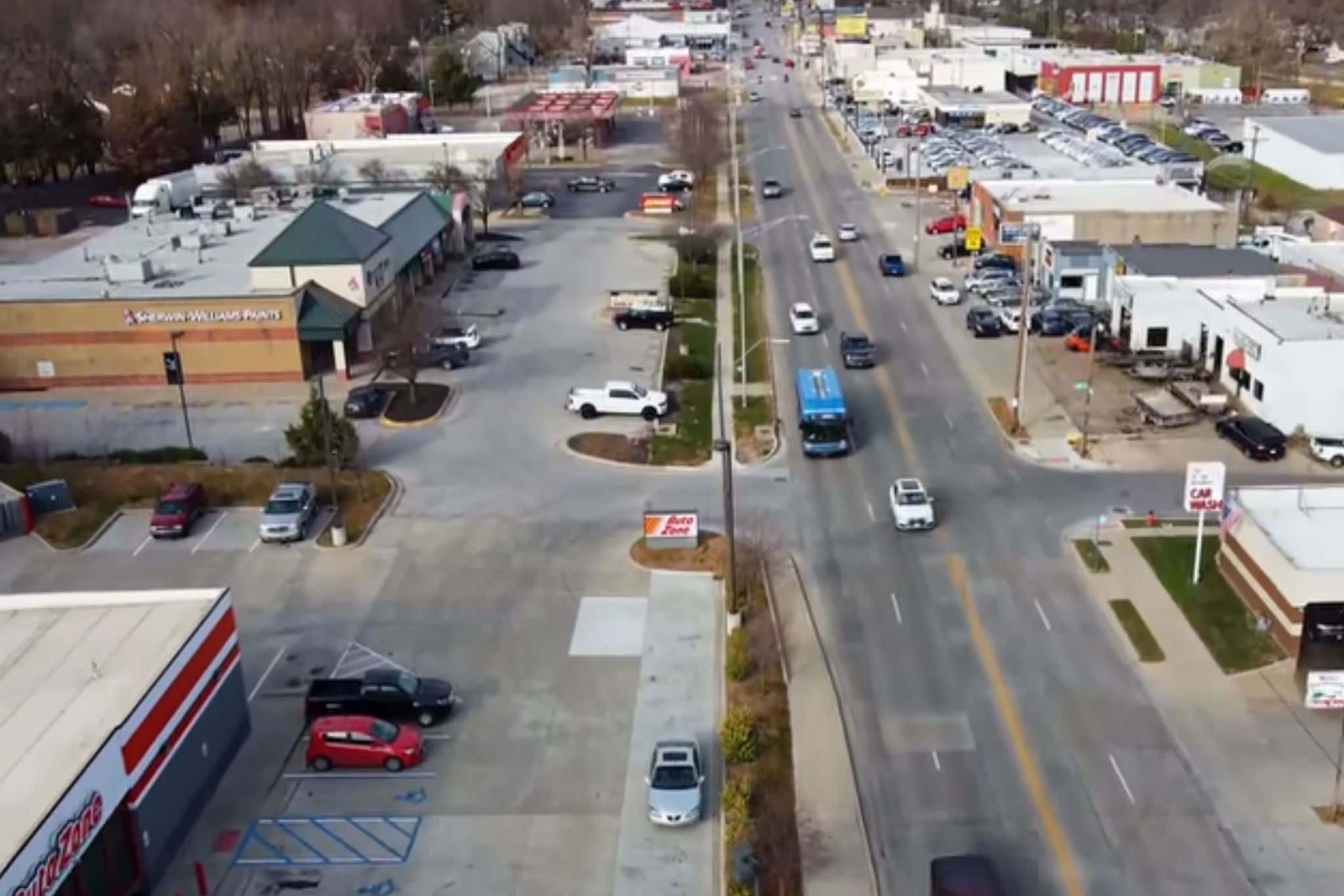 YouTube site Not Just Bikes created a video titled “The Ugly, Dangerous, and Inefficient Stroads Found All Over the U.S. and Canada.” The narrator, Dutch-Canadian Jason Slaughter, is a bit of a cheerleader for roads in the Netherlands, which he believes are superior to those in North America. He seems to really detest Overland Park, Kansas, which is a southern suburb of Kansas City. Packed with chain stores, like many American cities, Slaughter says Overland Park has a number of “stroads” that shuttle cars down main thoroughfares inefficiently.

Traffic volumes can be high on stroads because there are no viable alternatives to driving, Slaughter says. Distances are too far to walk, it’s too unsafe to cycle (take the example of the teen driver in a Ford F-250 who struck six cyclists in Texas), and since public transit gets stuck in traffic anyway, only those with no alternative will take the bus. So everyone drives. But because there are so many crossroads, entrances, and exits to the stroad, traffic lights are required, meaning drivers are constantly stopping at red lights. And because speeds are high, light timings need to be very long, leading to traffic signal induced congestion. All of these lead to unsafe conditions, especially fatalities to pedestrians and cyclists.

Not Just Bikes makes the argument that stroads are putting American cities on the road to financial ruin, because so much asphalt is required and large parking areas eat up valuable real estate. Strong Towns advocates for turning stroads into roads, using limited-access highways so that neighborhoods and businesses are on side streets. They recommend bike lanes be removed altogether because it’s still prioritizing cars over people and isn’t a good alternative. 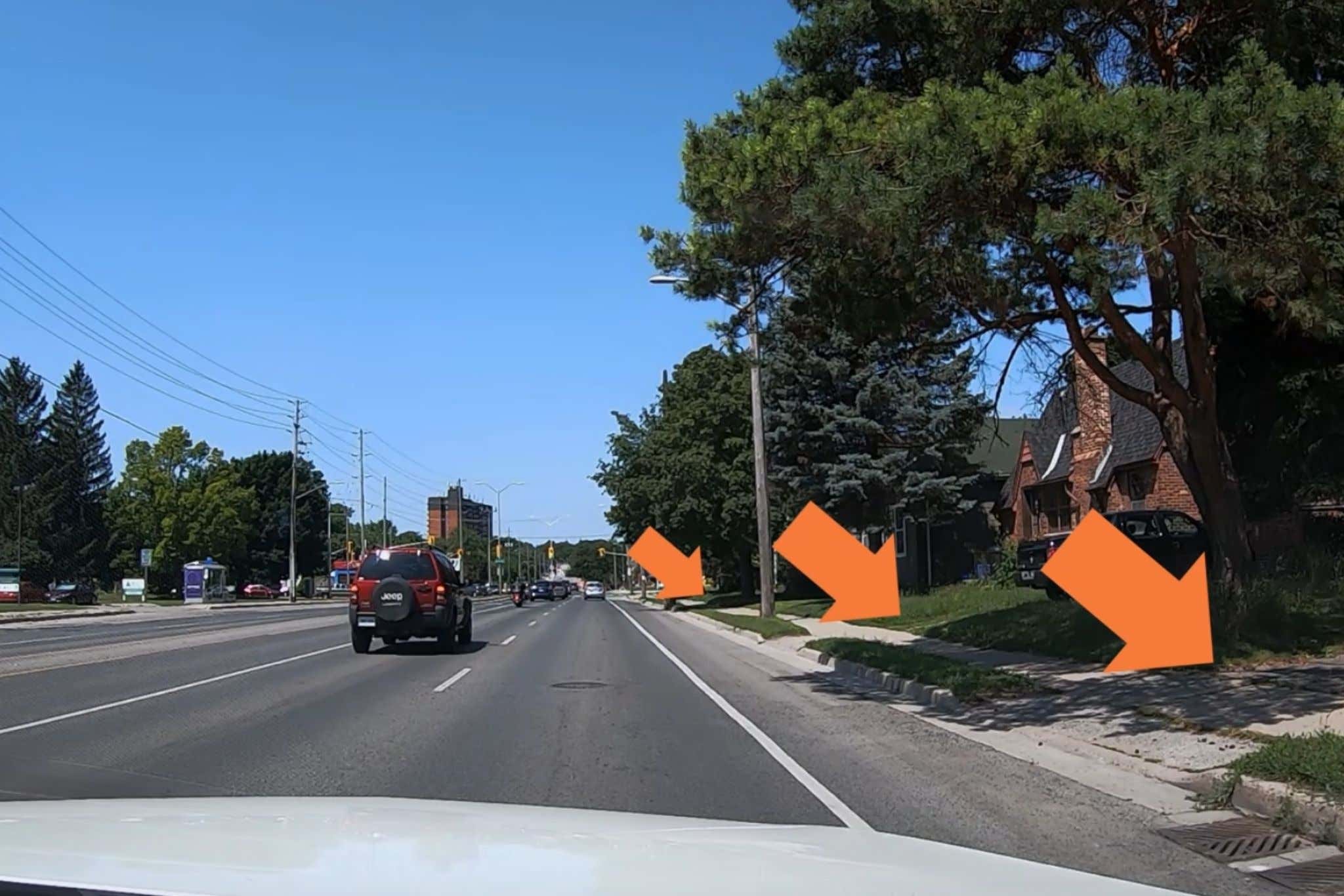 Slaughter contends that highways should go around cities and not through them, and he calls out Cincinnati for that infraction. As a ten-year resident of the Queen City, I’d have to say this is probably fair, since I still have recurring nightmares about getting around on the winding, hilly, narrow roads. Then again, if I consider all of the cities that are bisected by highways, I can think of a dozen right off the bat, including Nashville and Austin (which is where I live now). Maybe I’m just used to it.

When I moved to Texas, I had to learn to get used to feeder roads, which run parallel to highways and offer access to businesses. Feeder roads work very well as alternate routes in traffic, and they run concurrently to the highway but at slower speeds. They’re still not streets per the Strong Towns definition, but they offer better access than what some other cities and states have to offer.

Boston embarked upon the Big Dig, which put parts of the freeway underground and created more than 45 parks and public plazas. But dang, that was a horrible mess for a long time to make that happen. The Atlantic published an article in 2015 called “Highways Destroyed America’s Cities” and author Alana Samuels uses San Francisco as another example of how moving a highway can affect a town: voters rejected a proposal to tear down the Embarcadero Freeway in 1986. Mother Nature frowned and took a swipe when the Loma Prieta earthquake damaged the highway three years later, which led to the teardown of the highway and a more pedestrian-friendly construction project. 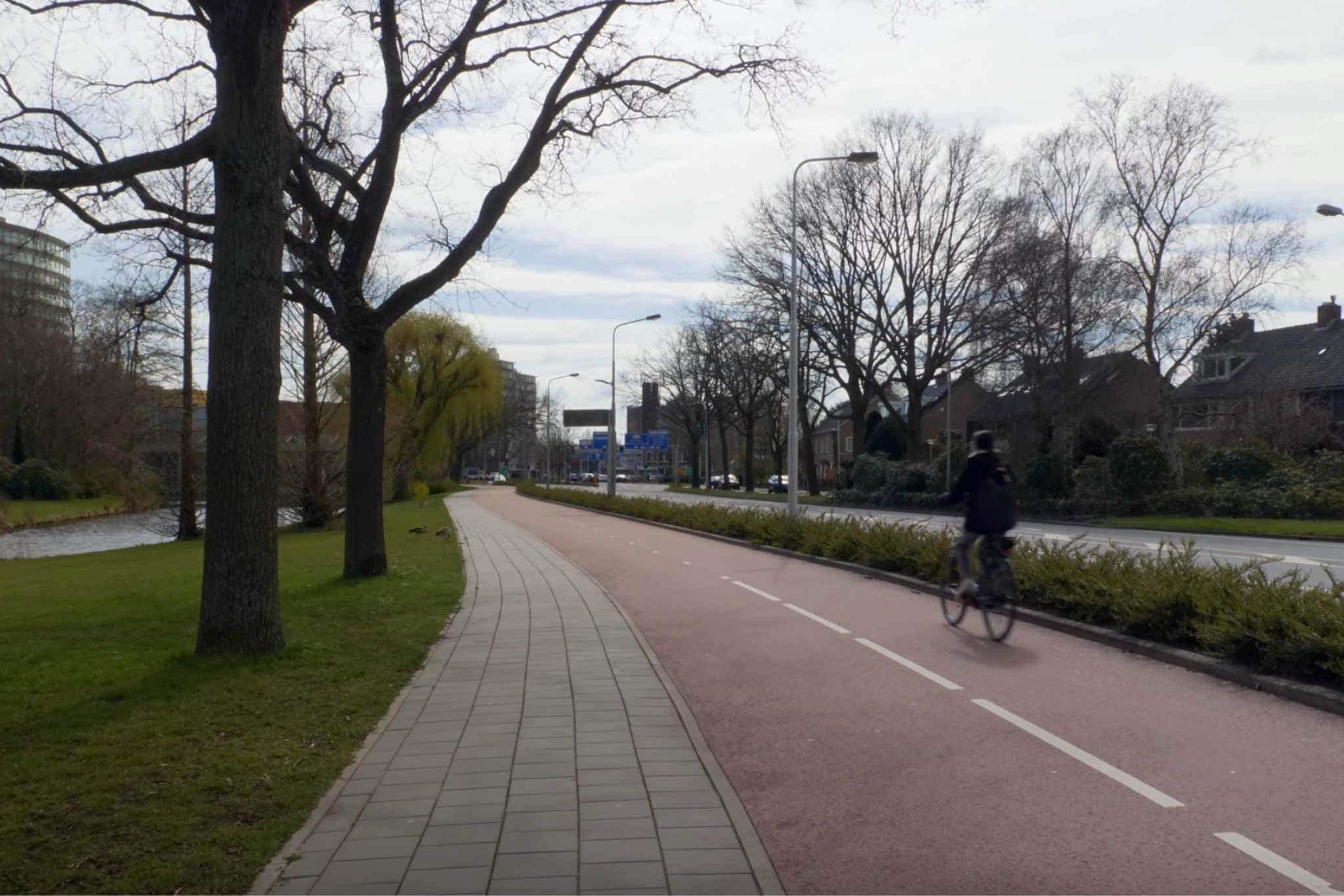 Take Not Just Bikes and creator Slaughter with a grain of salt, because he posts videos with titles like “Why Many Cities Suck (but Dutch Cities Don’t).” It seems that he wants everything to fall into one of two categories: a neat little suburban street or a highway. In theory, that sounds great, but it may not address the reality of how people move through a city. Converting roads into streets may be a recipe for gridlock, for example, and the nightmare of starting over (like the Big Dig) is almost too much to imagine.

That doesn’t mean Strong Towns or Not Just Bikes are wrong. Here in the U.S., the Governors Highway Safety Association issued a press release May 20, 2021 outlining the soaring numbers of pedestrian deaths even with fewer cars on the road in the previous 12 months.

“New data from the Governors Highway Safety Association (GHSA) projects that 2020 had the largest ever annual increase in the rate at which drivers struck and killed people on foot,” the press release read. “What drove this surge? The likely culprits are dangerous driving like speeding, drunk and drugged driving, and distraction, which were rampant on U.S. roads during the COVID-19 pandemic, combined with infrastructure issues that have prioritized the movement of motor vehicles over walking and bicycling for many years.”

That’s exactly it: cars have been prioritized over any other mode of transport, and as a car person I might say “so what?” It’s something to think about; like anything else in America throwing money at a plan that is “the way it’s always been done” isn’t always effective. While I started reading up on the concept of the hazards of stroads with skepticism, it’s making me think twice about city planning and how to improve our lives in the future.

What do you think? Comment below or send a note to [email protected]