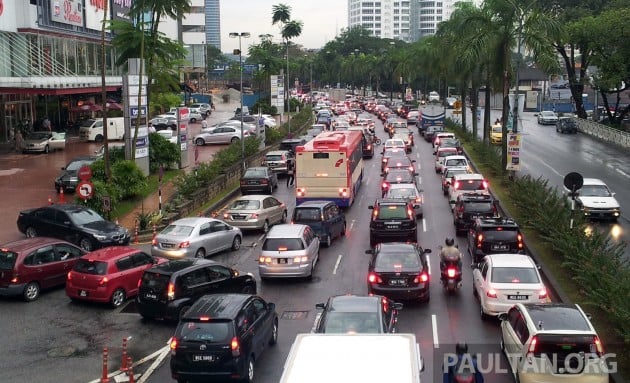 The Federal Territories Ministry via DBKL has banned big lorries from entering the KL city centre during peak hours with immediate effect. The ban on heavy vehicles exceeding 7.5 tonnes was decided by a special committee looking into solutions to ease traffic congestion in the capital city.

Deputy minister Datuk Seri Jalaluddin Alias said that any heavy vehicle found entering the capital at peak hours will be subject to action under Section 79 of The Road Transport Act 1987 by the police and the JPJ.

“Those who violate this ban will be subject to mandatory compounds and we will take a tough stance by not considering any appeals they might submit,” he said after chairing the first meeting of the special committee yesterday, reported by Bernama.

Besides the ban on slow, heavy vehicles, the committee has also decided to stop curb side parking during peak hours and will be phasing out public parking spots at major roads in stages. “We also are banning traders from conducting business on pavements during peak hours and will phase out trading spots in stages on pavements of major roads,” the deputy minister added.

The committee says that the congestion is due to a 45% increase in the number of vehicles on the roads after the easing of the movement control order in August last year, with 46.76 million recorded in December 2021 compared to 26.51 million in December 2019.