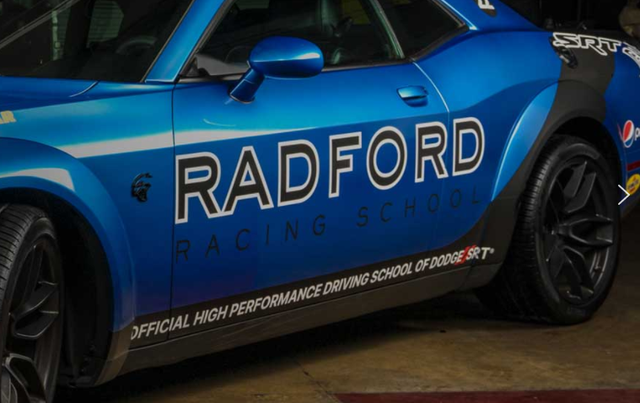 Throwing 50 years of brand equity out the driver’s side window, what had formerly been known as the Bondurant High Performance Driving School will henceforth be known as Radford Racing School. Not since the War of 1812 has such a treasured American institution been taken over by Brits. But this time they are behaving much better and actually repaving the track.

While you can debate the name change all you want, it’s not like we got to vote on it. The name comes from Harold Radford & Co Limited, a “bespoke” coachbuilder founded in London almost 75 years ago. One of Radford & Co.’s better known acts of coachbuilding was to turn Bentleys, Rolls-Royces and Astons Martin into “shooting brakes,” or what we might call station wagons, in order to accommodate their owners’ automotive needs whilst spending time on their various country estates. Radford & Co. most famously produced custom Minis for all four of the Beatles, as well as Twiggy and even Peter Sellers.

Last week it was announced that Radford the coachbuilding entity had been acquired by four new partners, at least two of them Brits whom you may know: TV presenter Ant Anstead and Formula 1 world champion Jenson Button. The other two are designer Mark Stubbs (looks like a Brit) and lawyer Roger Behle, who seems American. 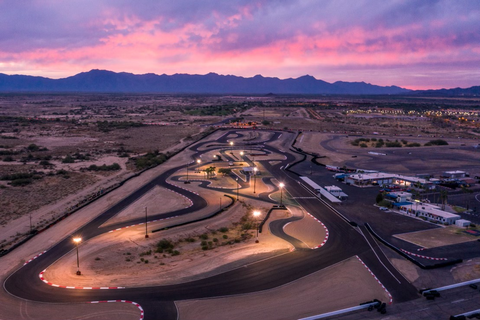 Now jump back two years to May, 2019 when the Bondurant School was purchased by new investors who undertook “…an extensive multimillion-dollar renovation and revamping of its curriculum,” which revamping includes the name change to Radford Racing School. Then came the famous names.

“I acquired the brand some time ago and it’s been a little baby of mine,” designer Stubbs told the British publication Top Gear. “Ant and I met, and we can’t reveal too much right now, but we basically had a collaborative project that we were working on that was in essence what Radford could be.

“That’s when we formed a collaboration for us to be Radford. And then Mr. Button came along and obviously he brings a lot to the table. Roger (Behle, the lawyer) has been there since the early days as well. He’s the glue that puts us all together and keeps us all sane.”

One part of the collaboration is to bring back Radford the coachbuilder, and there are plans afoot to start producing low-volume motor cars, though details on exactly what they’ll be are not yet clear. In a separate video interview Behle says the cars will be built in Southern California, where all four figureheads live. They’ll also be tested at the racing school.

“The racetrack is the perfect environment for building and testing Radford-built cars,” said Anstead.

“For a car to be truly great, it has to feel as good as it looks. It has to possess both style and substance in equal measures, and you can only achieve both through extensive testing and improvement and the track is the perfect place for this,” said Button. 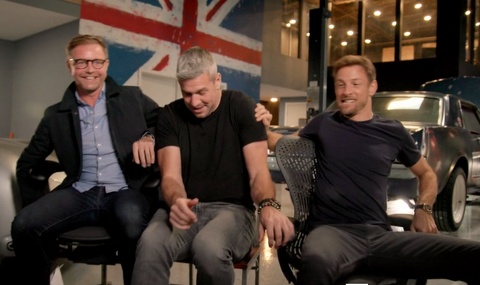 But we do have some details on what’s going on a Bondura… er, Radford Racing School.

“The four are reviving the Radford story into a modern lifestyle brand that celebrates auto design and performance, high-performing driving and racing,” read a Radford release. “By taking on a heritage brand with forward momentum, owners of the school expect to continue to evolve it into an experience destination for international auto enthusiasts, everyday drivers, new drivers, racers, celebrities, and influencers.” 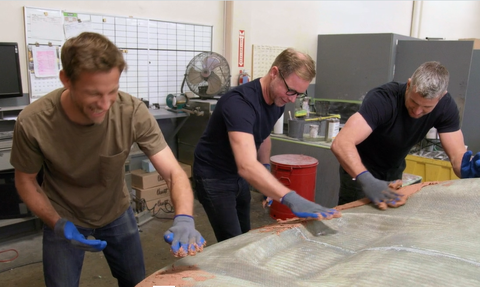 The school remains the official high-performance driving school of Dodge/SRT, which continues as the school’s primary sponsor. Both Dodge/SRT and Alfa Romeo, both owned by Stellantis (is this getting too complicated?) provide the school’s 100 vehicles for driving instruction.

Among the changes are the addition of a drag racing school where students will try to get all 840 horsepower from the Challenger SRT Demon down to the pavement, while road race students can lap the school’s track in their choice of Challenger SRT Hellcat, Charger SRT Hellcat, Durango SRT or Dodge Viper. The school will also offer open-wheel instruction in Ligier JS F4 single-seaters.

Among the improvements is the track’s first resurfacing in 30 years (so you won’t be able to blame a harsh track for your lap times). The principals plan to “expand the Radford brand into experiences, merchandise, branded content ( a TV show is in the works), association with celebrities and influencers, and more.” There is no word on whether Button himself, who won the F1 title in 2009 for the Brawn GP team, will be offering driving instruction, but wouldn’t that be fun?

More info on the school is available here or here.