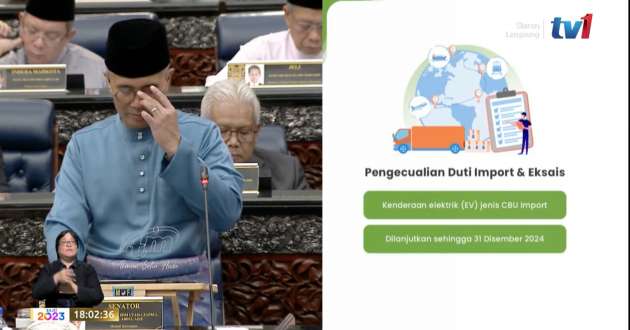 The current import duty and excise duty exemption for electric vehicles will be extended for another year, as revealed by finance minister Tengku Datuk Seri Zafrul Tengku Abdul Aziz during the tabling of Budget 2023.

With Budget 2023, Zafrul said the exemption for CBU EVs will be extended for another year to December 31, 2024 – no mention was made about CKD EVs. In any case, this is surely good news for car companies here who are planning on bringing in EV models soon as well as car buyers looking for a zero-emission vehicle. 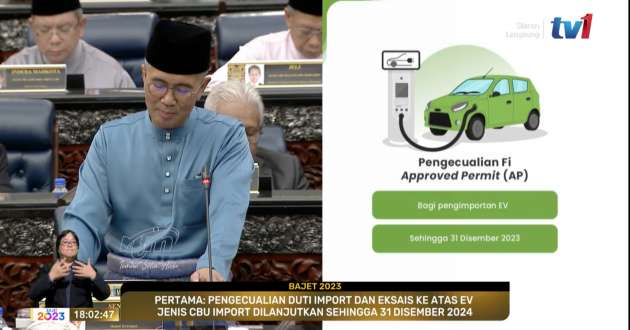 The Malaysian Automotive Association (MAA) previously said it wanted the EV incentives to go on for 10 years, but it looks like they’ll have to settle for one and see what comes next in Budget 2024.

Car importers who are looking to bring in EVs will also be incentivised to do so because they will not need to pay the approved permit (AP) fee. This is new and could potentially make EVs even cheaper, provided companies pass the savings from not paying the AP fee on to customers. The AP fee exemption will be in effect from January 1 to December 31, 2023, and again, only applies to EVs.