Austin Richard Post, more commonly known by his stage name Post Malone, is an automotive enthusiast with a taste for performance and style, as it turns out. A YouTube video from TheStradman reveals the musician has a quite a few high-end vehicles, as you might expect for a performer of his stature.

As reported by AutoEvolution, the video came about as TheStradman, aka James Lucas Condon, had to pick up a vehicle he’d purchased from the famous musician. The ride in question was a 2019 Lamborghini Urus, packing a 4.0-liter twin-turbocharged V8 under the hood sporting 641 horsepower. The hi-po SUV looks resplendent in white with a black interior, though it’s just one vehicle of many from the Post Malone stable. 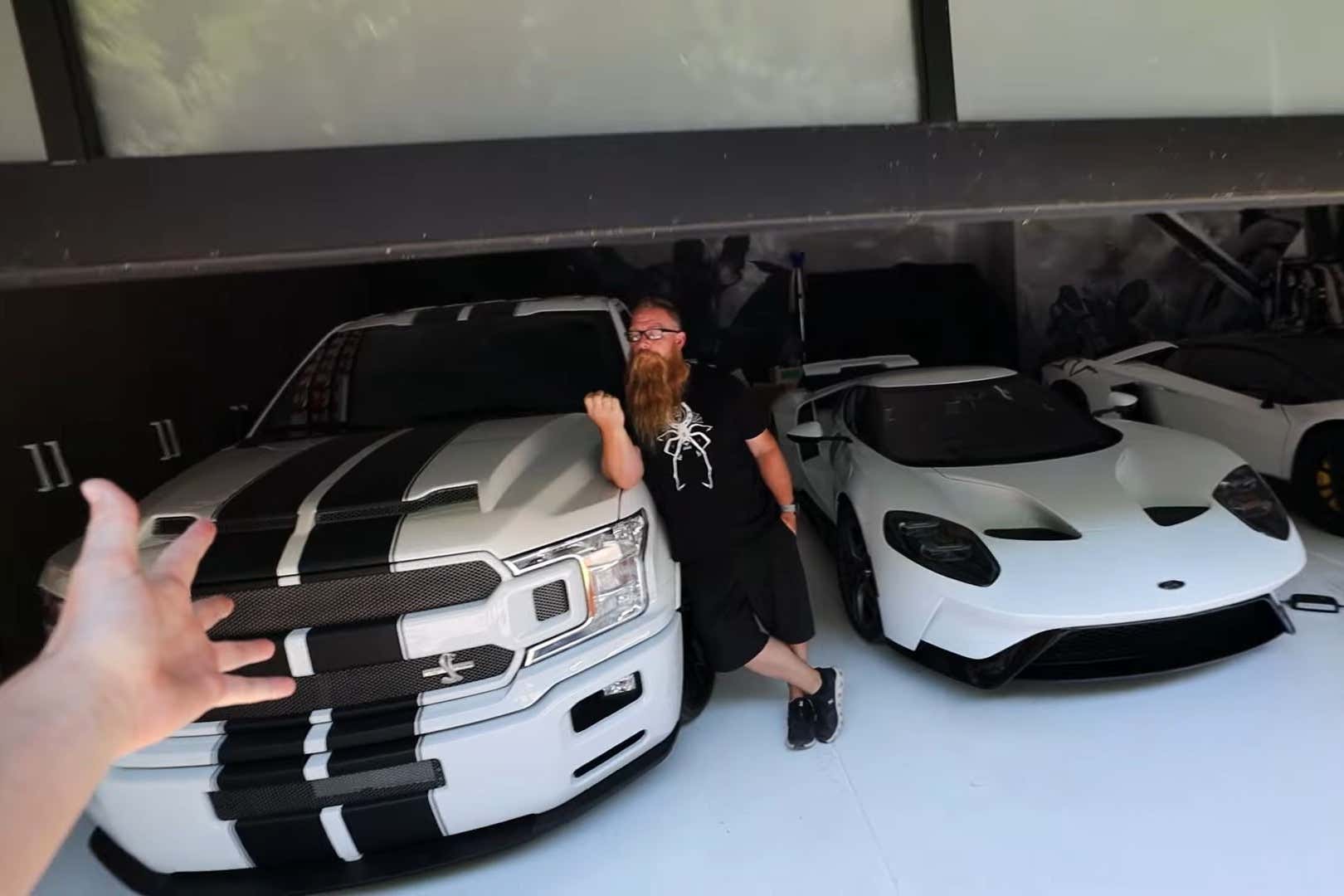 Providing a tour of the collection is the artist’s father, Rich Post. Each car in the collection is finished in white with black details, helping tie the aesthetic of the cars together. There’s some serious metal on display, too. There’s a Bugatti Chiron which needs no introduction, as well as a pristine example of the second-generation Ford GT—a car we’ve tested in real world conditions, incidentally. 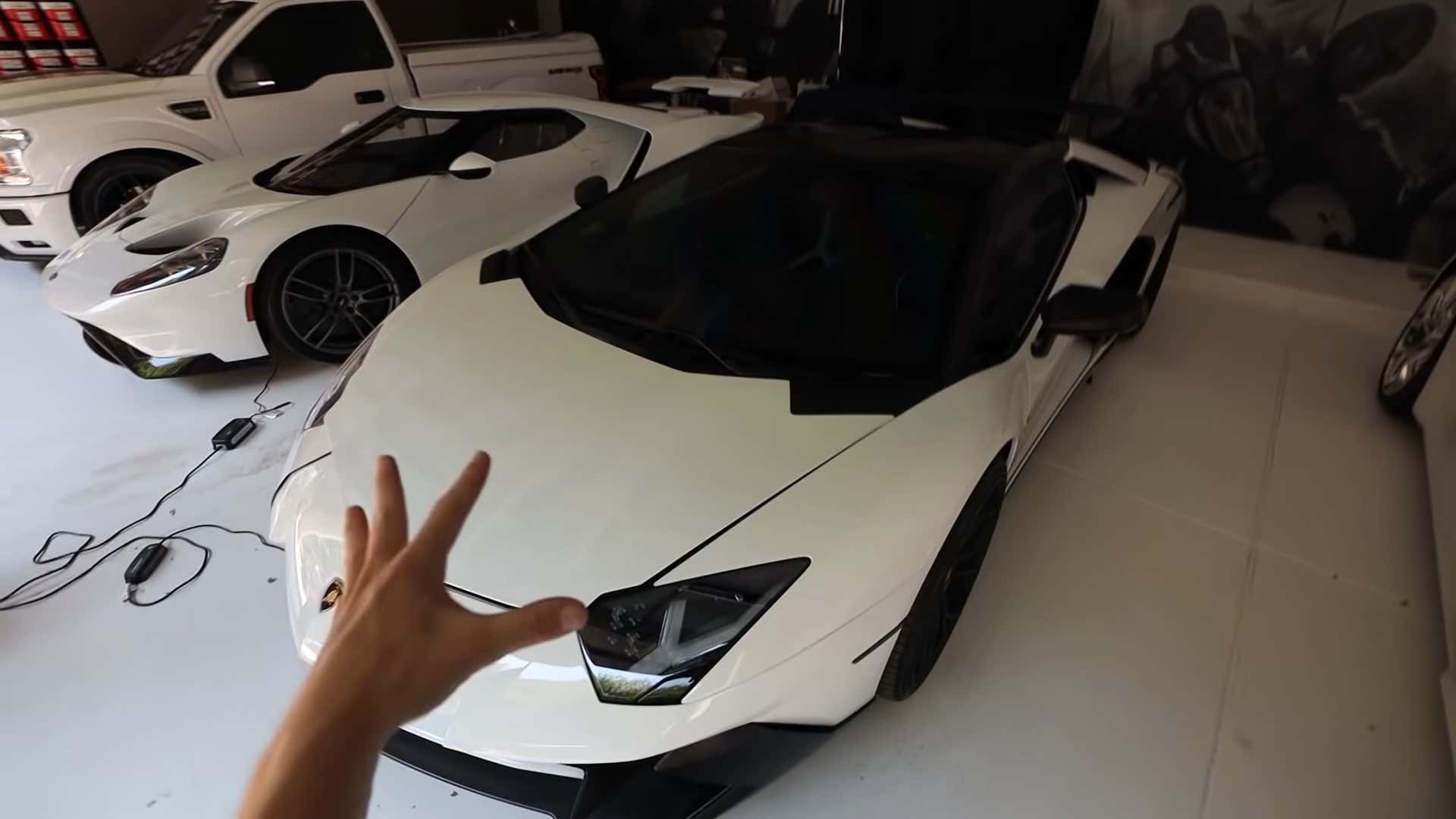 Another highlight is the Aventador SV Roadster, which offers a topless Italian experience like no other. Packing a V12 in the rear with over 700 horsepower, it’s capable of 0-60 mph in under 3 seconds and a top speed of 217 mph. Of course, with the carbon hardtop removed, it should be more than capable of pulling off your toupee in a hard 3rd gear pull, so keep that in mind if you find yourself behind the wheel of one. However, with only 500 built, that’s probably unlikely to happen. 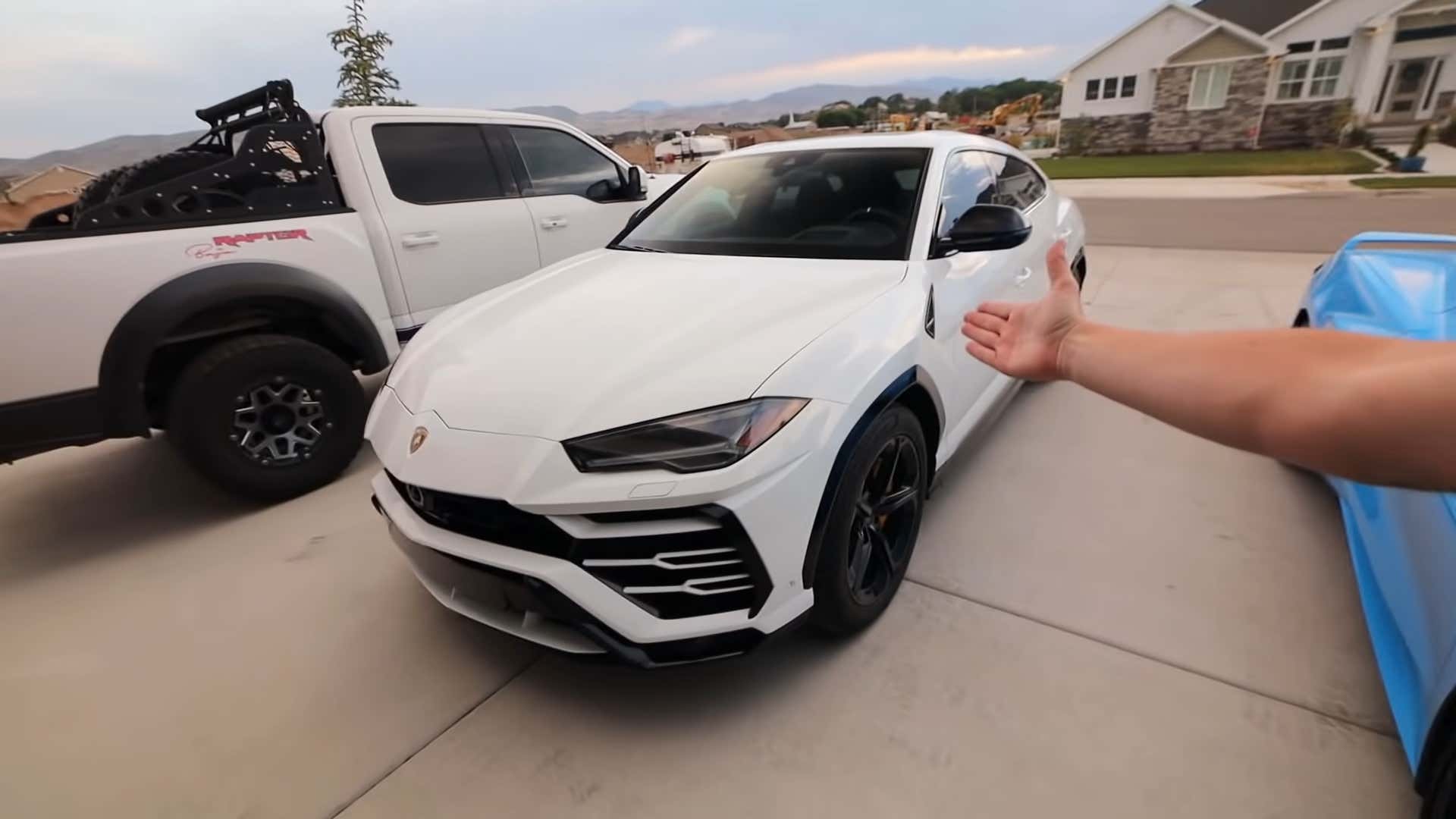 The Lamborghini Urus which Condon purchased for a future roadtrip.

Finally, there’s the Shelby F-150 Super Snake, the supercharged pickup that dropped just a few years ago. With over 700 horsepower under the hood from the boosted Coyote V8, it’s more of a brawler than a hauler. Again finished in white, though also sporting some stripes, Malone’s example is reportedly VIN 001.

Outside of the garage, there’s more wonders, like a pair of Rolls Royce (with one, shockingly, in black), and of course, the Lamborghini Urus which Condon was there to buy. The Italian SUV is to be the ride for a future Alaskan roadtrip, which sounds much, much nicer than a poke in the eye. We’re sure that Condon will be more than pleased with the purchase, and even more so that Mr. Malone enjoys his bevy of supercars nestled in that garage.