Just about everyone had an opinion on YouTuber Rich Rebuilds’ LS V8-swapped Tesla Model S at SEMA. It did its job in starting conversations and harvesting tons of clicks for the channel, so it only seems right to keep pushing the button. This time, though, instead of swapping another gas-burning internal combustion engine into a Tesla, they’re going with a diesel—more specifically, a Cummins 4BT.

As funny-funny-haha as a Tesla with a smoke stack sounds, it’ll be far from easy to accomplish. They’re starting with a totally wrecked Model 3, one that’s had its front-end caved in from a wreck that landed it at the scrap yard. Almost everything behind the windshield looks alright, so they should at least be able to concentrate their efforts up front to start with.

Of course, the Model 3’s stock batteries and electric motors are heavy, but they’re still no 4BT. While the cast iron engine packs a relatively modest displacement of 3.9 liters, it’s still around 750 pounds; for reference, the aluminum LS in the V8-swapped car is well under 450 pounds. Then you’ve gotta factor in its sheer size at 37.7 inches tall, 30.6 inches long, and 24.6 inches wide. There’s no chance it’ll fit under the Tesla’s factory hood, but then again, that kinda seems like the point.

Check out the scaled drawing that shows the 4BT mocked up inside the Model 3: 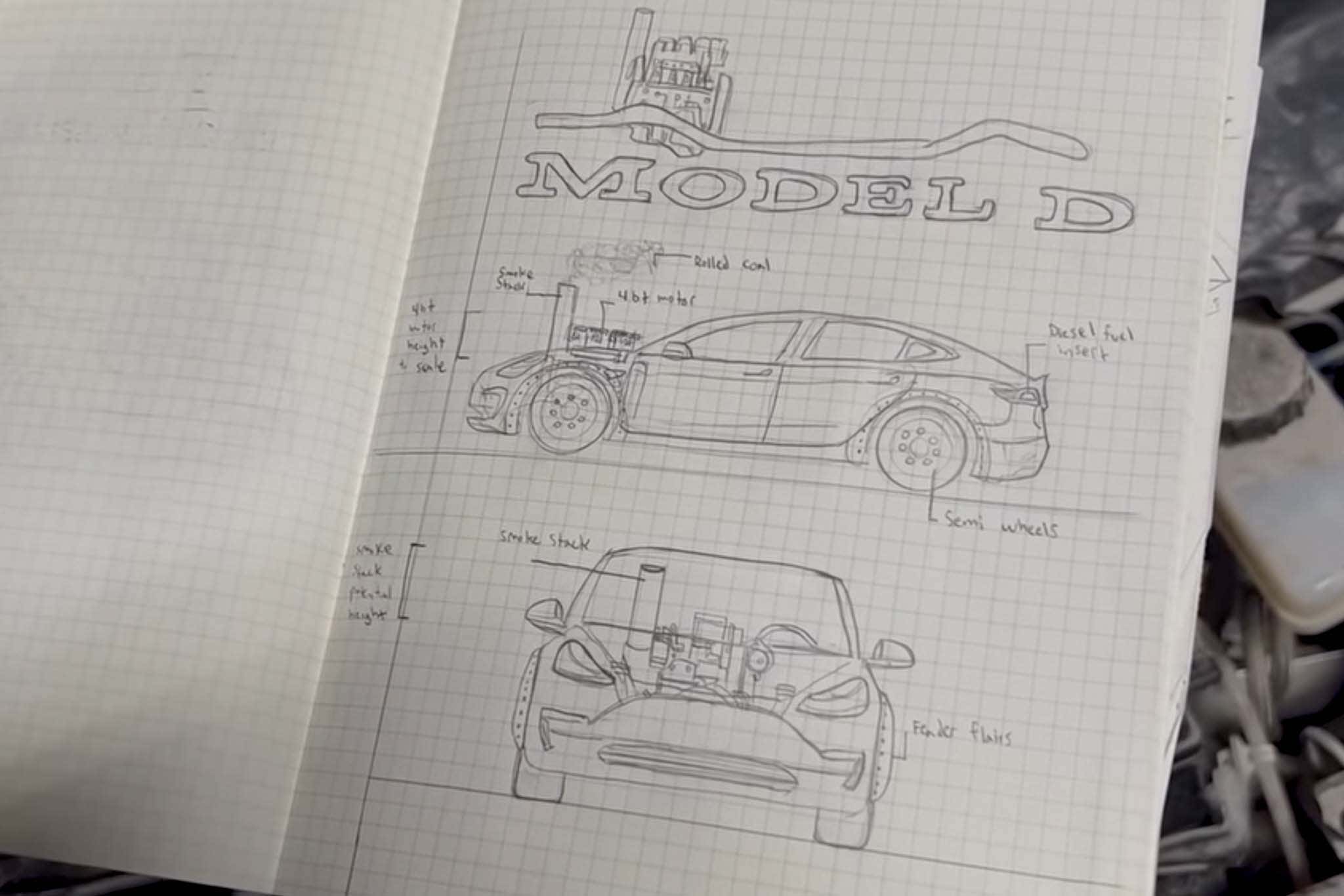 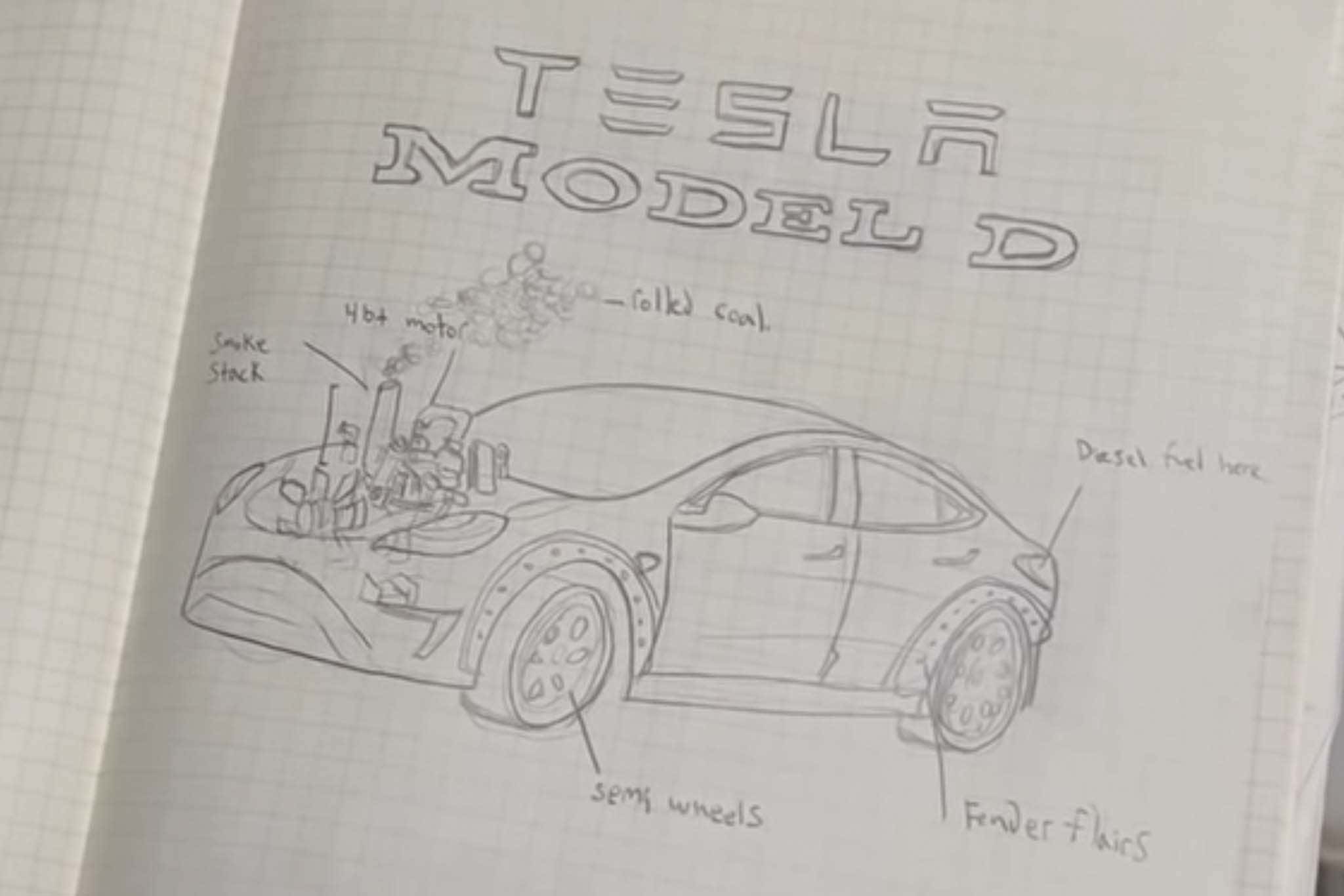 From what I can tell, they don’t have the new engine in their garage yet. I don’t doubt that Rich and his crew will make this swap happen—it’s just a matter of when. If you’ll remember, the V8 Model S took right around a year to finish, not because they’re slow going but because it takes so much work to put an internal combustion engine in a modern car that never had one to start with.

It’s hard to imagine they’d do this swap without a turbocharged Cummins 4BT, but even with forced induction, these engines aren’t known for huge power. According to It Still Runs, the humble oil burner makes 150 horsepower and 265 pound-feet of torque out of the box. That can obviously be cranked up with more air and fuel, and if they want this to be true YouTube gold, that’s exactly what they’ll do.

Other mods to expect include brodozer fender flares, “semi” wheels that’ll have to run some crazy adapters, and a fuel filler neck where the charging port is right now. You can bet it’ll take a while to complete, but in the end, it’ll be the only one like it. And some will say that’s a good thing.