Driving almost 6,000 miles from London, England to Kolkata, India may sound like a road trip too ambitious even for 2000s Top Gear, but for a brief period in the early 1970s, well-to-do adventurers could undertake in such a journey. No, not in cutting-edge high-performance cars, mind you, but in what amounted to an upscale hostel on wheels; a heavily modified Sydney Albion double-decker bus named Albert.

Purchased as surplus from the New South Wales, Australia government in 1968, according to a charming Web 1.0 site documenting its existence, Albert was the pride and joy of Scottish-born travel enthusiast and aviophobe Andrew Stewart, who repurposed the vehicle to run a tourism route between Perth and Kolkata. In 1972, Stewart’s ambitions reached intercontinental scale when his company Albert Tours announced it would run “The World’s Longest Bus Route,” one visiting 11 countries en route from London to Kolkata. 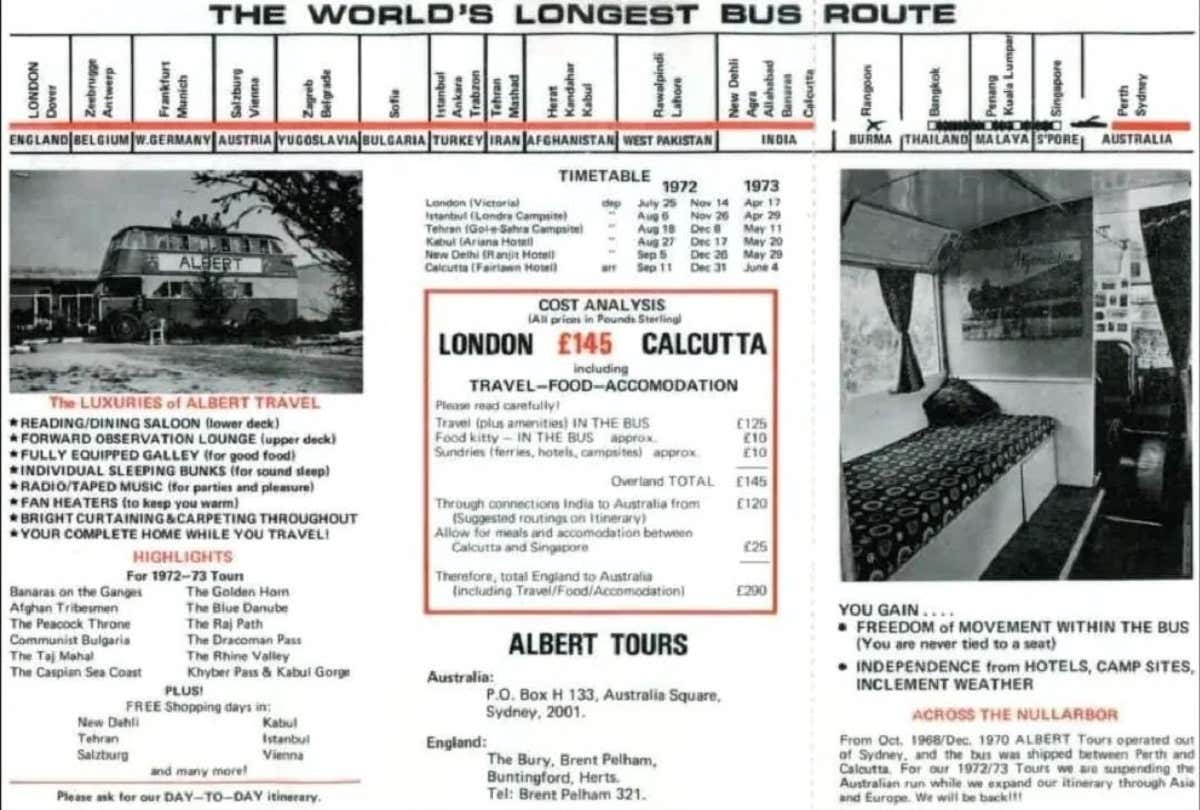 Google Maps calculates that this drive would span 5,800 miles of roads on modern infrastructure, meaning it would’ve probably been an even longer trip on 1972’s roads—if you can even call some of them that. At Albert’s top speed of a mere 32 mph, occupants would’ve spent a minimum of at least 182 hours (or eight days) in transit, all in a bus that Stewart himself said was “far from weather-proof!”

Granted, Albert had been fancied and freshened up before entering service as a long-haul tour bus; onboard amenities included dining, two lounges, individual bunks, a music system, and heating. Even so, many may balk at the London-Kalkota route’s one-way price of £145, which comes to $2,400 in today’s money. Considering that this fare included seven weeks of meals, lodging, extra activities, and an unforgettable journey across two continents and eleven countries, though, that’s hardly poor value for money, especially as compared to going on a cruise.

And for those who didn’t get their fill after those 48 days were up, Albert offered an extension for another £145, which added Myanmar, Thailand, Malaysia, Singapore, and Australia legs to the trip—making it three continents and 16 countries. 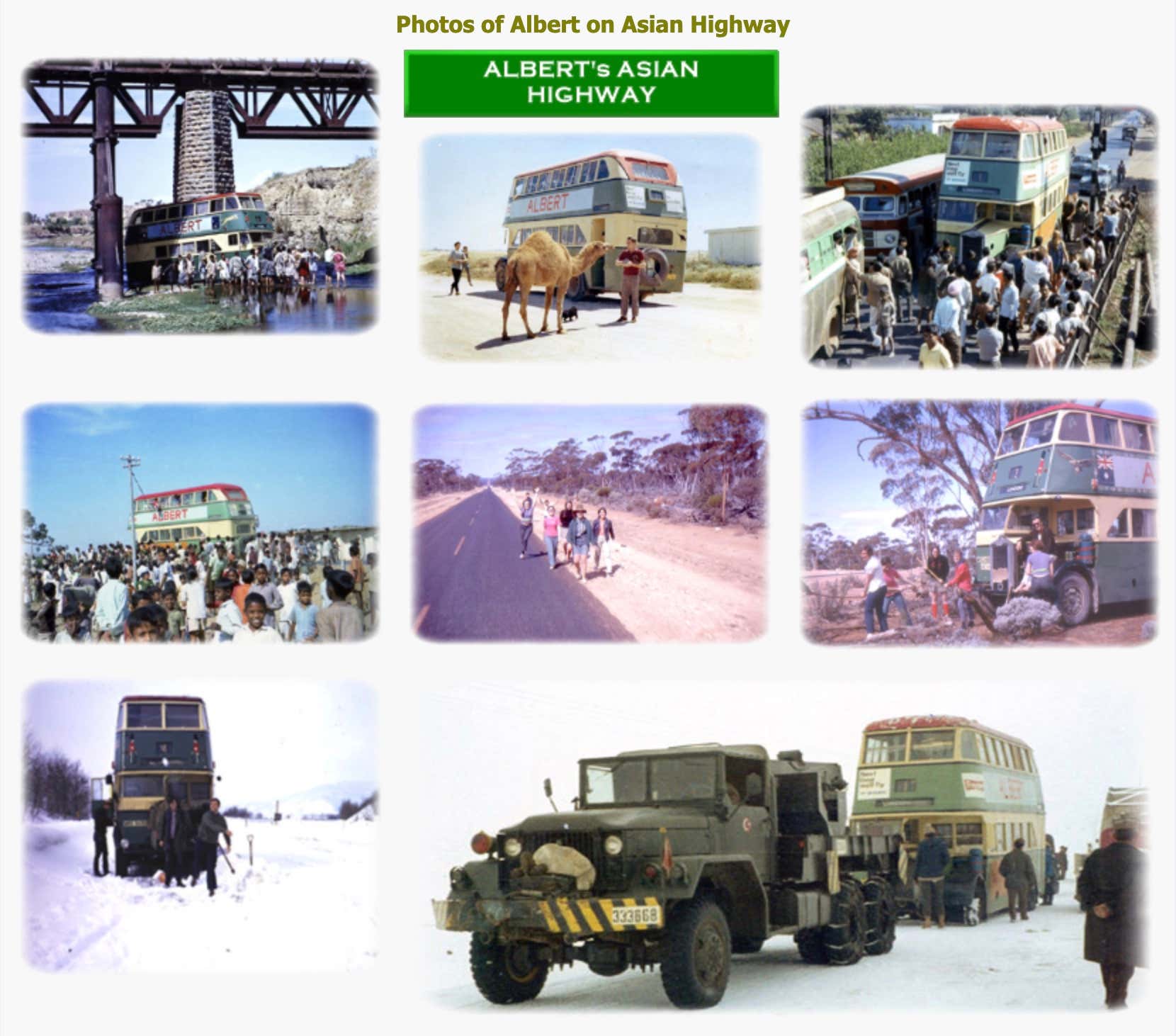 Predictably, Albert’s tri-continental tour route didn’t last long, but not for the reasons one might expect. It wasn’t replaced by air travel or even more luxurious forms of ground transport. It took a roadblock in the form of Iranian political unrest in 1976 to halt Albert’s travels, so with no alternate route in mind, Andrew Stewart returned to Australia for work, leaving Albert in the British Isles, where it spent decades decaying.

Fortunately, though, Albert’s tale ends on a happy note. In 2003, a curious Stewart tracked the bus to a group of hippies in Wales, who in 2010 sold the bus back to its delighted former owner. Albert got a rigorous restoration in 2010 in preparation for a 16th and final romp in 2012, before returning to its country of origin, Australia, where Albert lives today. All things considered, not a bad life for a humble bus.