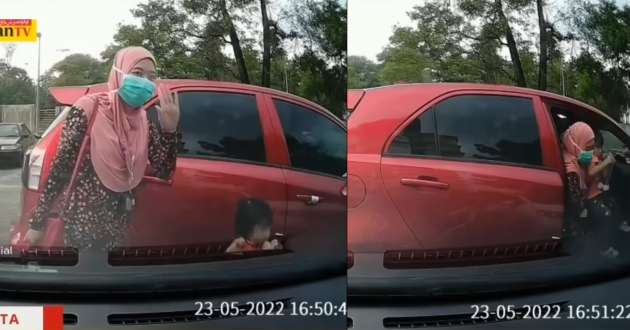 Dealing with a double parker has got to be one of the most inconvenient and infuriating things one could encounter on the road. First of all, it’s already illegal to double park, but what makes the offense so much worse is the fact that some double parkers don’t even have the courtesy to leave their phone numbers behind.

We’ve all been there, and every passing minute becomes increasingly dreadful. Such was the case for one lady who painstakingly waited 30 minutes for the owner of a double-parked Proton Iriz (illegally dark tinted as well, mind you) to move her vehicle.

The offender seemed pretty nonchalant about the act, and even took her sweet time to load items into the vehicle. To add fuel to fire, she was also seen carrying a toddler onto her lap as she sat in the driver’s seat.

The victim’s husband, Shahrudin Suhilee, took to Facebook to share her plight, saying “for those who like to double park, especially at crowded spaces like hospitals, please don’t be selfish and remember to leave your phone number behind.”

“My wife nearly cried in the moment. All the errands, including picking up the children from school, was delayed” because of this selfish act, he added. “Luckily it was my wife instead of me who was caught in the situation,” Shahrudin said while commending his wife for the patience shown.

Now, let us remind you again that double parking is not legal anywhere in Malaysia, and so is the act of vigilantism. That means victims are encouraged to practice restraint and not take the law into their own hands.

The best thing you can do is contact the local council to have the double-parked car towed away. Some would argue that it will take time for the police or local authorities to remove blocking vehicles, but the law is still a law.

If you must double park, even for a hot minute, at least have the decency to leave a number behind, alright? Otherwise, prepare to pay a fine sum of at least RM300 for your convenience. In worse cases, you’re liable under Section 48 (1) of the Road Transport Act 1987, which means you’ll be slapped with a fine of up to RM5,000 or a minimum jail term of 12 months, or both. 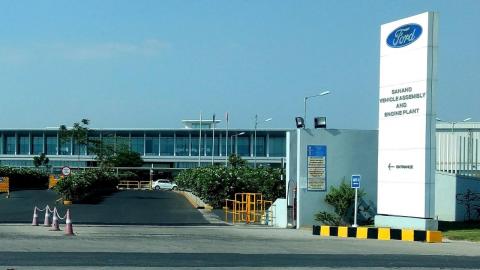