Charging standards can be confusing to the new electric vehicle adopter. There’s a flurry of acronyms, numbers, and difficult-to-pronounce names which can seem overwhelming when beginning the journey to electrification. Maybe that’s why Tesla’s choice of a proprietary charging connector—combined with an aggressive rollout of fast-charging locations—makes more sense than others think.

As the EV industry is maturing, the fight for a charging standard is beginning to play out much like the fight of HD DVD and Blu-Ray. Eventually, one standard is going to come out on top, and in North America, it would appear that standard won’t be CHAdeMO. Electrify America, one of the United States’ largest charging networks, will soon begin focusing on building chargers with a new standard instead. 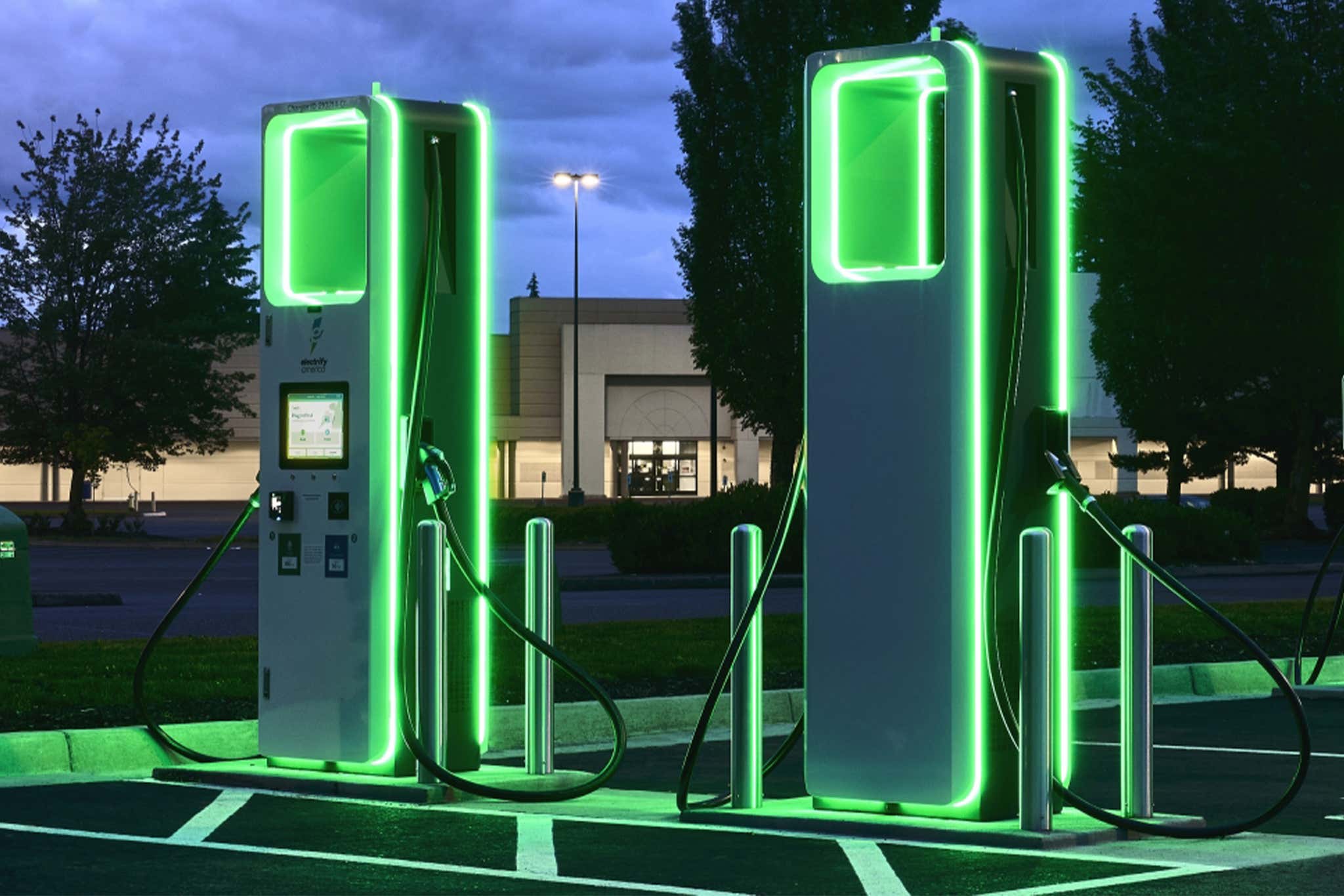 EA is one of the most prominent electric vehicle charging networks in the U.S. with plans for about 3,500 individual chargers nationwide by year’s end. Of those, more than 800 are currently capable of natively charging CHAdeMO-equipped vehicles.

According to a recent investment plan published by EA, CHAdeMO plugs represent only seven percent of total station usage across its entire network, meaning that either the number of CHAdeMO-equipped cars is falling, or the number of Combined Charging System-equipped (CCS) vehicles is rising. And judging by the sharp uptick in industry adoption of CCS, it’s likely the latter.

EA has decisively planned to shift its public charging rollout of new infrastructure to focus on CCS charging rather than “legacy” CHAdeMO connectors. While the provider doesn’t outright say that it plans to drop CHAdeMO support entirely, it does justify its decision to focus on CCS by citing that other charging networks have “nearly 5,000 chargers” deployed, noting that “legacy CHAdeMO drivers have access to a robust charging network.” In fact, EA’s studies on the matter suggest that the vehicle-to-charger ratio for legacy cars is approximately 22-to-1. 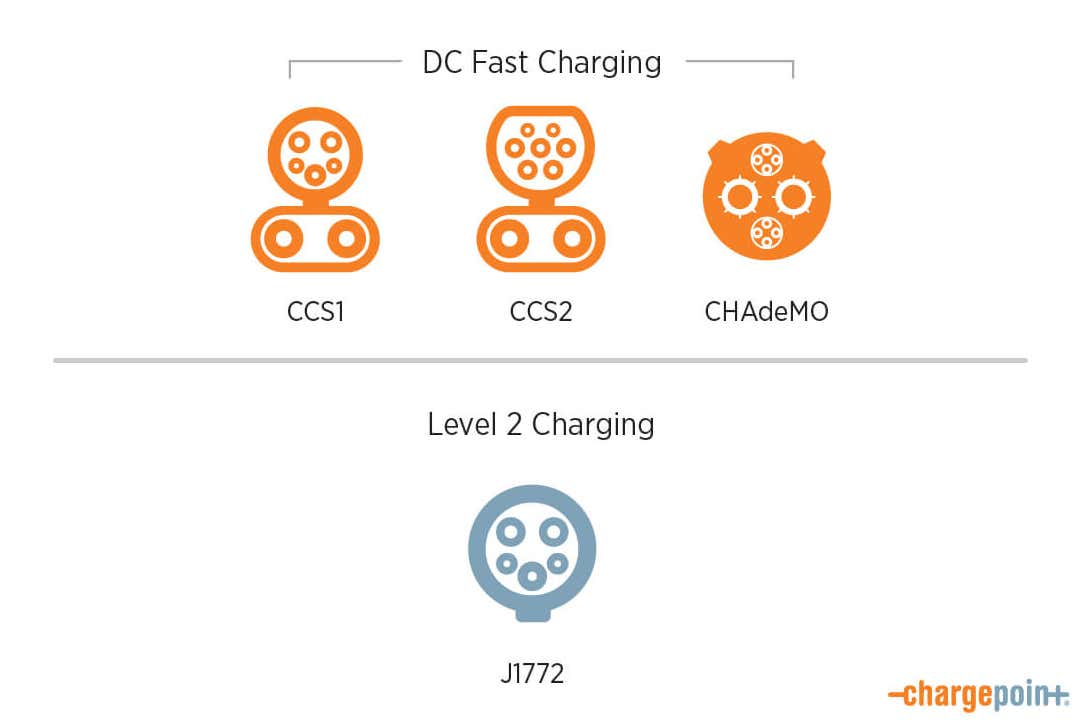 So why is this a big deal? Well, for most new EVs, it really isn’t. But for existing EVs on the road, it’s a pretty big indication that their once-futuristic tech—some of which is nearing a decade old—may soon meet an untimely demise.

Automakers have been moving away from CHAdeMO for some time now. More than a million vehicles worldwide are equipped with CHAdeMO inlets, half of which are made up of the Nissan Leaf. However, even Nissan realized the benefits of the CCS inlet and has since made the decision to equip its newest EV, the Nissan Ariya, with a CCS port.

At EA chargers, CHAdeMO charging is limited to just 50 kilowatts. Meanwhile, the charging provider’s CCS-equipped stalls can provide up to 350kW of juice to any vehicle capable of receiving it. That means that a charger equipped with both CCS and CHAdeMO capabilities will spend more time charging a CHAdeMO-equipped vehicle.

A Nissan Leaf equipped with a 62-kilowatt-hour pack will take approximately an hour to charge from 10 to 80 percent, netting roughly 180 miles of range. The extended range Mustang Mach-E will get around the same range with its larger 88-kWh pack, but that charge time is dropped to around 38 minutes due to its faster 150-kW charging speed. Then there are gems like the Porsche Taycan, which currently supports a charge rate of 270kW and hits 80 percent in around 22.5 minutes. Porsche has previously said that the Taycan will eventually utilize EA’s full-speed 350kW charging in the future, meaning even faster charging. 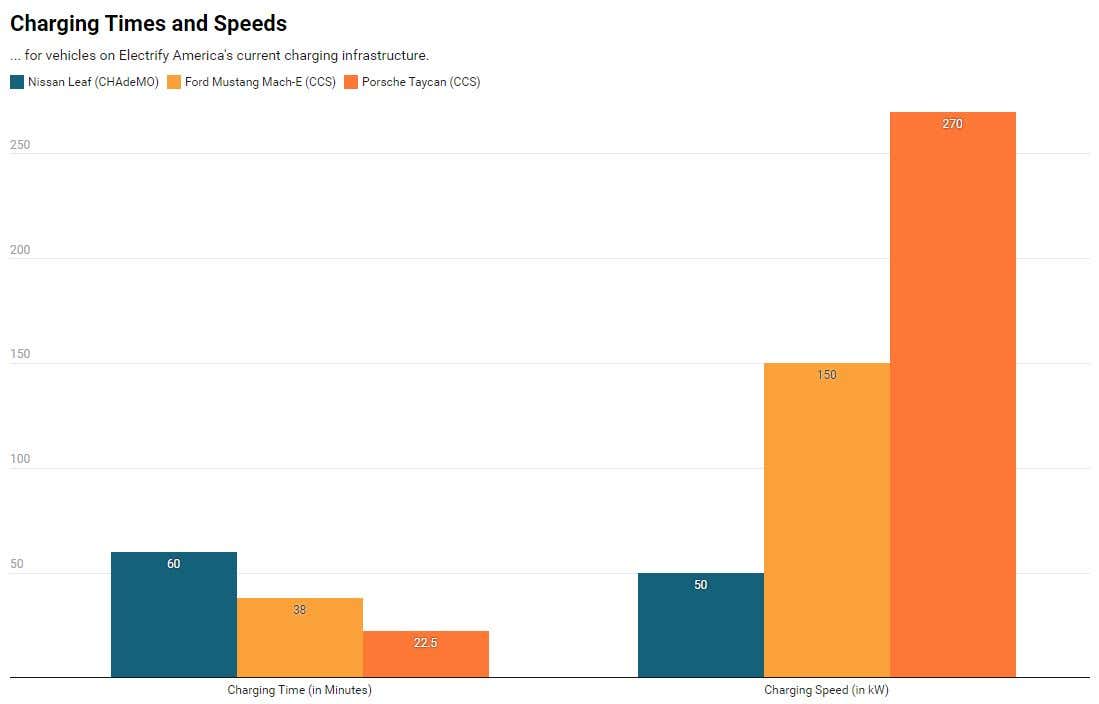 The phasing out of CHAdeMO has been on the EV industry’s radar for some time. Despite the underlying foundation rolling out a new charging standard capable of higher charging rates, automakers have all but officially standardized CCS, making the switch almost inevitable.

For those with EVs utilizing the now-legacy standard, this is an obvious signal of where the market plans to invest moving forward. That means drivers of vehicles like the Nissan Leaf, Mitsubishi i-MIEV and Outlander PHEV, and others may soon need to plan their trips a bit more carefully and expect CHAdeMO infrastructure to become more scarce.