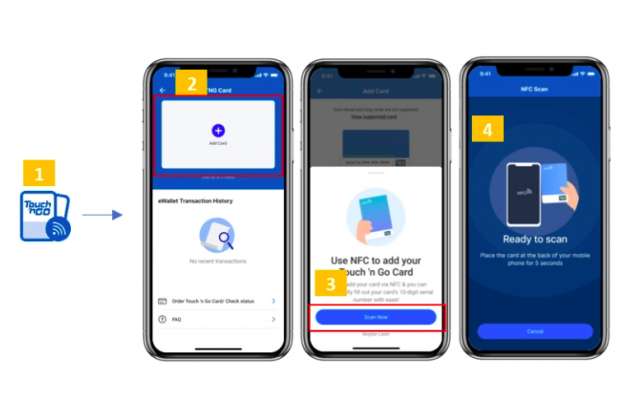 It appears that Touch ‘n Go is one step closer to offering users the ability to reload their physical cards from the Touch ‘n Go eWallet soon.

From screen-captured images of official Touch ‘n Go videos that have since been taken down, the new NFC (near field communication)-enabled card will be launched very soon, and the new product will be identifiable by an NFC icon at its upper right-hand-side corner. This means users will need to purchase a new card in order to make use of the new function.

Once the physical Enhanced Touch ‘n Go card has been received, the user will need to link the card to the eWallet, which allows the viewing of the card’s balance, as with the existing card, and additionally perform reloads. To do so, the new card will have to be held to the back on one’s NFC-compatible smartphone for five seconds. The now-hidden video also showed that the function will work on both iOS and Android devices. 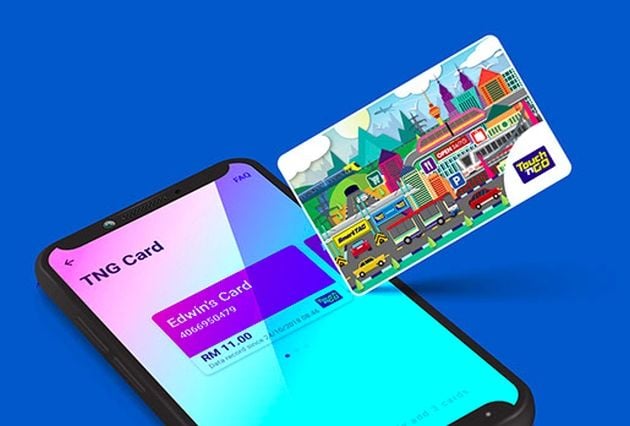 The Touch ‘n Go eWallet app shown with the added NFC functionality for the new Enhanced Touch ‘n Go card (above; click to enlarge). At present, the only link between the physical card and the eWallet app is the PayDirect function (below)

The new card’s available balance will still be separate from the eWallet balance. When the new Enhanced Touch ‘n Go card is rolled out, it will offer users the ability to reload their physical cards without having to use a kiosk or service counter. This will be an added convenience as the physical TnG card is still used for parking and public transport, even if PayDirect can be used for highway toll charges.

In January, then-CEO of TNG Digital Ignatius Ong (who has stepped down from the position effective March 31, according to Advertising + Marketing Malaysia) revealed that the new version of the card said that users will be able to top up its balance via an NFC-enabled port through the eWallet mobile app, compared to the existing card that required visiting a dedicated kiosk or service counter offering reload services.

The idea was first brought to light by Touch ‘n Go in January 2021, and the updated card with the eWallet reloading capability was initially slated for roll-out by the end of last year.