It’s no secret that Kimi Raikkonen is one of the standout drivers on the modern F1 grid, although perhaps not for typical reasons. Sure, he’s a world champion and a relatively recent race winner, but his personality is what most people find appealing.

“Cool under pressure” is an understatement of his persona, leading many to refer to him as the “Ice Man,” a name which Kimi seems to like, adopting it for himself and now his children. We know as much thanks to a post on his Instagram account referring to his two kids trackside at the Monaco Grand Prix as the “Icecubes.” 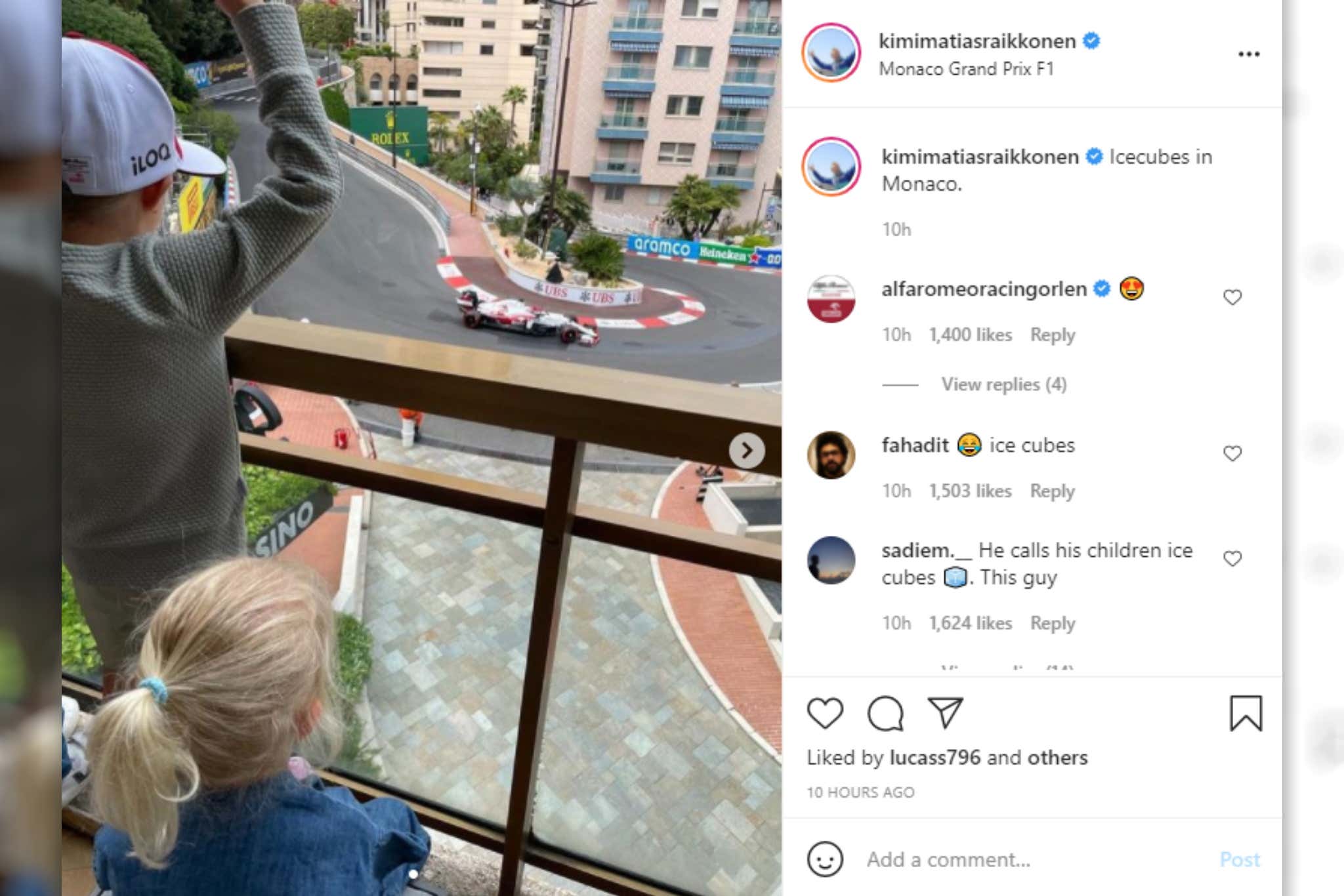 His children, Robin and Rianna—aged six and four, respectively—are already on their way to motorsports careers, karting even at their young age. We don’t yet know if they’ll have the same personality as their dad, but on the topic of that personality, we should go into a little more detail.

Raikonnen hails from Finland, a country that’s racing drivers are known to be sparse with words. If there ever was a predecessor to a character like Raikkonen, it was fellow Finn and F1 champion Mika Hakkinen, who was likewise known for his short interviews and off-the-cuff one liners. Hakkinen does smile a bit more, though.

A cursory search around YouTube will introduce you to the sort of person he is off the track, doing things like calling F1 “a hobby” during interviews. His personality doesn’t just come out during chats with the press, though; his on-track driving style is noteworthy as well.

Really, you just need to watch the video below to get an idea of who Kimi is. While other drivers are maneuvering wildly to maintain heat in their tires while under a safety car, Rakkonnen is, well… not.

We hope here at The Drive that Kimi’s children, the Ice Cubes, get a good share of his personality. It would be great for the next generation of F1 fans to enjoy more Finnish drivers on the grid that had a, let’s call it refreshing perspective on racing like he does.