In the first Fast & Furious movie of the franchise, Brian (Paul Walker) is racing Dom (Vin Diesel) when Dom finds himself in a smash-up with a semi. Brian pulls Dom from the wreckage of the 1970 Dodge Charger R/T Dom was piloting, and they hear sirens in the distance. Handing Dom the keys to his Supra, Brian tells his friend he owes him a ten-second car and Dom drives away. That “10-second” car, a 1994 Toyota Supra, just sold for $550,000 at Barrett-Jackson Las Vegas yesterday.

Wearing a striking coat of Lamborghini Diablo Candy Orange Pearl paint and still bearing the Troy Lee-designed “Nuclear Gladiator” motif from the movie, the Supra is in beautiful shape. Originally built by former stuntman and custom builder Eddie Paul at The Shark Shop, the car was modified and played the role of “Slap Jack’s Supra” in 2 Fast 2 Furious. 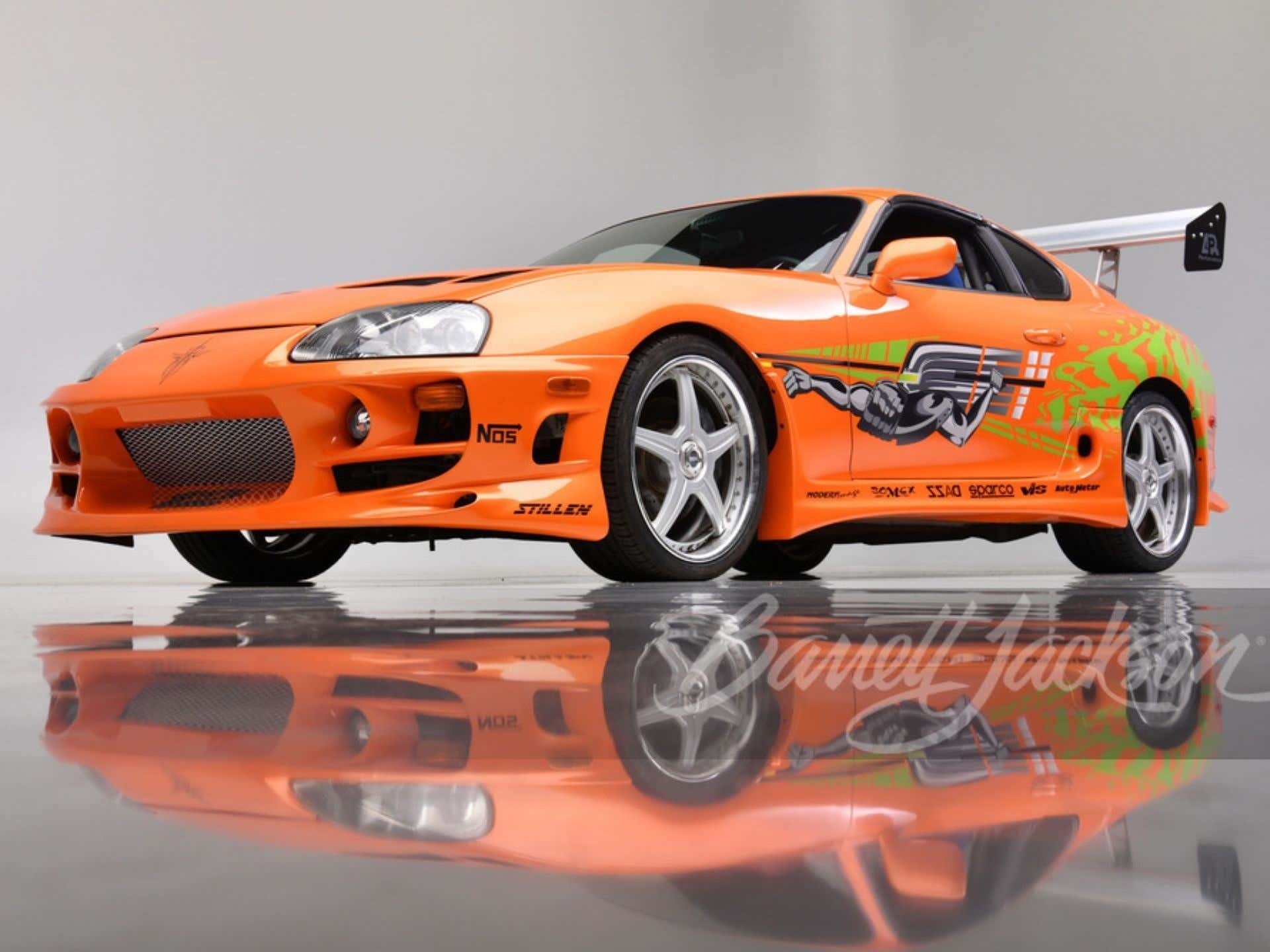 The Toyota is powered by a 2JZ-GTE 3.0-liter turbocharged inline-six paired a four-speed automatic transmission and sits on 19-inch Dazz Motorsport Racing Hart M5 Tuner wheels. Don’t be disappointed that it’s not a manual; vehicles with auto transmissions are easier for the drivers to deal with and any body-only shots while shifting are filmed separately.

A Bomex front spoiler and side skirts and TRD-style hood complete the distinctive look of the Supra, and on the rear an APR aluminum biplane wing presumably helps keep it from flying into the air like a kite. It also sports a whole lot of chrome, a slew of Greddy parts, custom manifolds, and an N20 system. 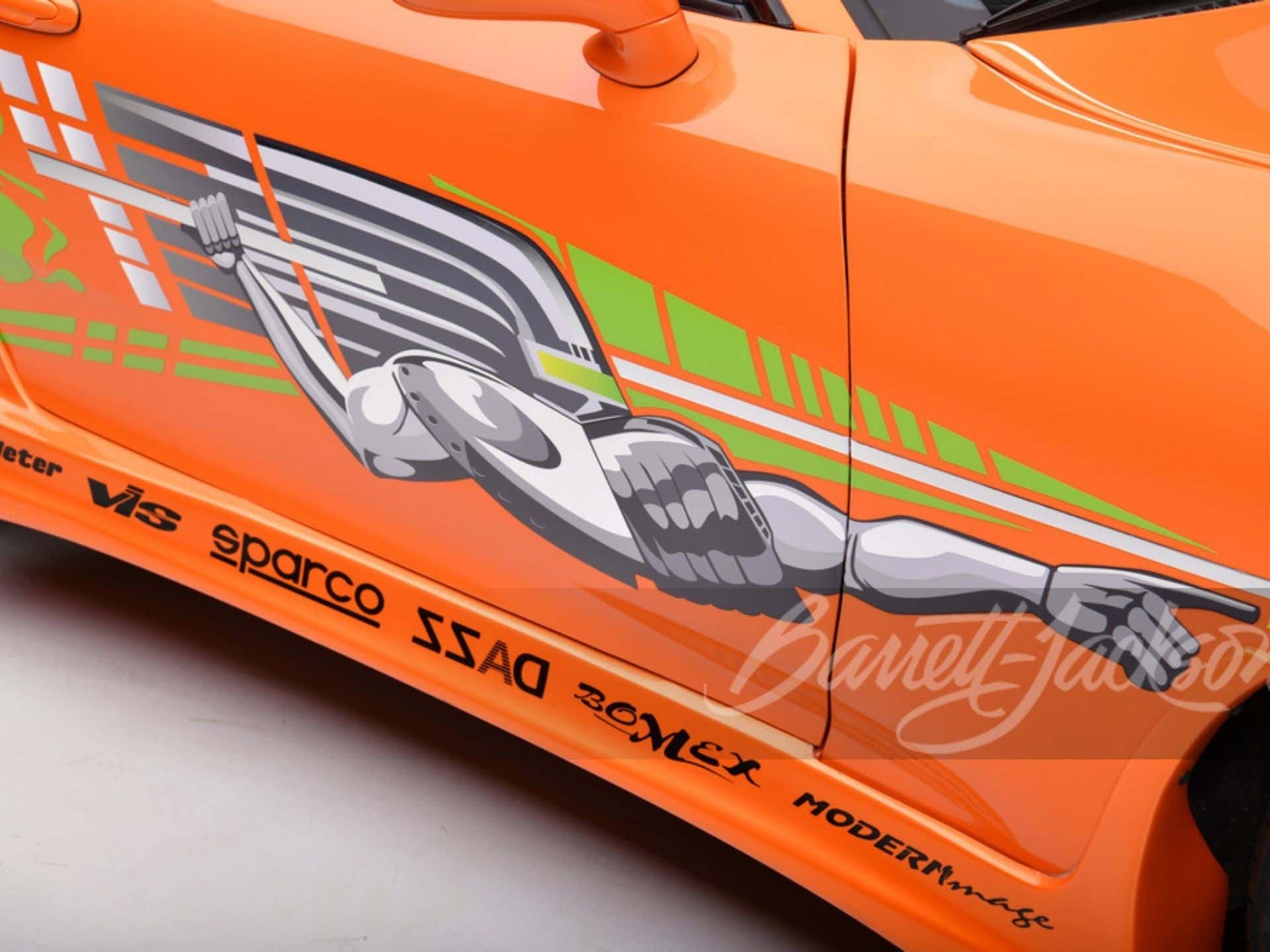 Walker passed away in 2013, but anything he touched before his way-too-soon death has become even more valuable. Even a screen-used stunt Supra commanded $185,000 in 2015, even though Walker hadn’t driven that one.

Here’s hoping the new owner will take it out to a drag strip and exercise its 670 hp at least once to relive its glory days as a movie star. But it’s more likely we’ll find it in a museum or private collection going forward.