We knew Ford was formally rolling out its Eluminator electric crate motor at this year’s SEMA show. What we didn’t know, though, is how much power it’d make—or where it came from. As the new Ford F-100 Eluminator Concept proves, it’s taken from the Mustang Mach-E GT Performance Edition, a ferociously quick EV that packs a total gut-punch. While a single Eluminator motor makes 281 horsepower and 317 pound-feet of torque on its own, it can be combined with another to make 480 hp and 634 pound-feet like we see here. 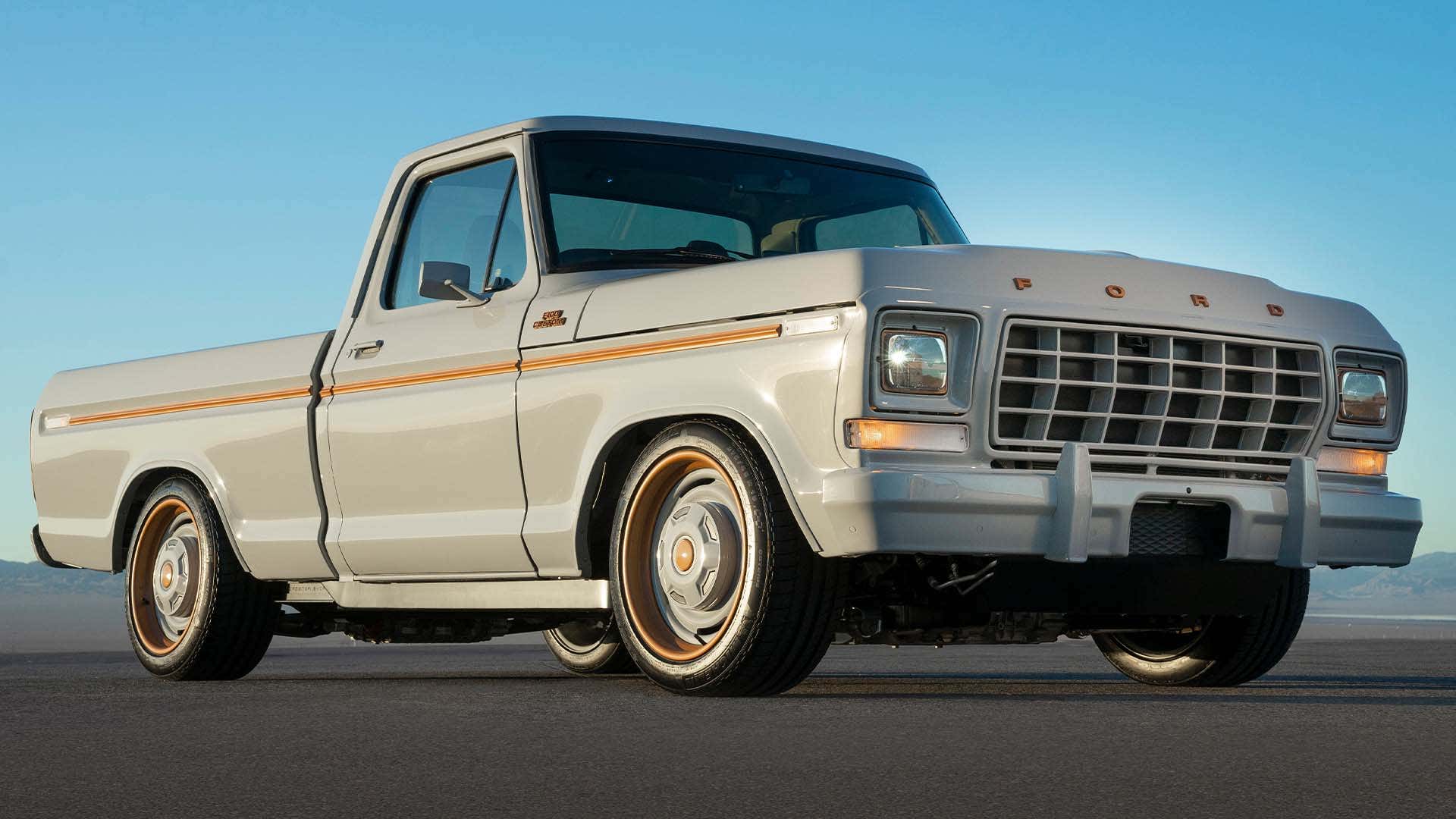 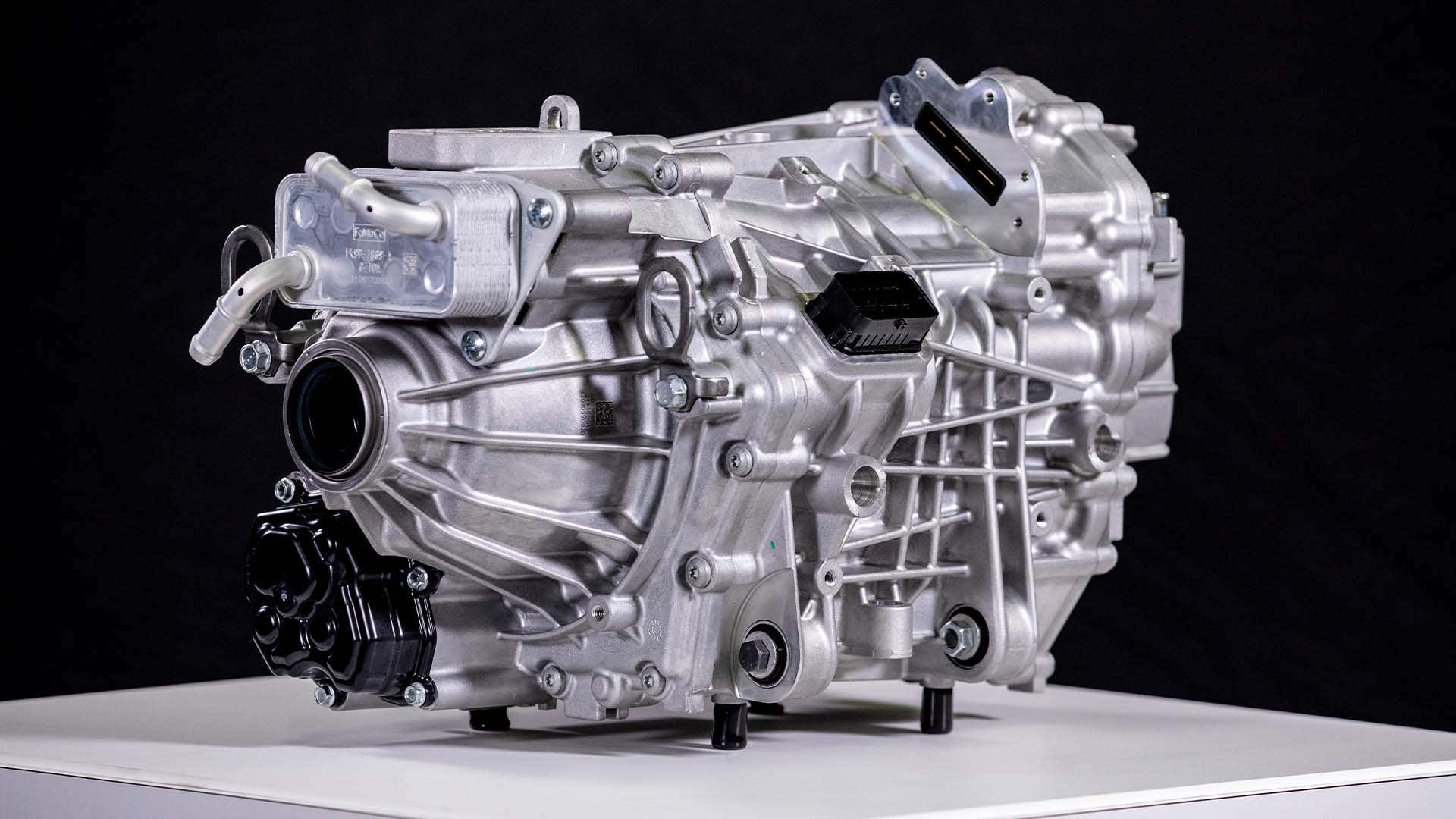 Ford says the crate motor—which wears the part number M-9000-MACH-E—is targeted at “builders looking for a transverse-oriented powertrain to electrify a range of vehicles from modern to vintage cars, trucks, and SUVs.” They’re street legal in all 50 states and, assuming you can figure your way around a newfangled electric powertrain, totally customizable. Hello, battery-powered pickups.

Speaking of which, these Eluminator crate offerings don’t include a battery, or a traction inverter, or a control system. Those will be up to you to source, and navigating through that process will be a new test for future EV hot-rodders. It’s certainly been done before, but it’s not as simple as going to a junkyard and yanking a 351 Windsor from a salvage F-Series.

Mating two together for an all-wheel-drive creation like we see with the F-100 Eluminator Concept is even trickier, though it’s still doable. Ford says it plans on bringing supporting parts to market in due time, helping builders craft a turnkey solution for those who’d rather their classic rides not burn fossil fuels. It’s part of the electric manifestation of tuning culture and just as you wouldn’t expect every small-block crate motor to come with a transmission, neither should people anticipate a ready-to-rock EV powertrain from the get-go. 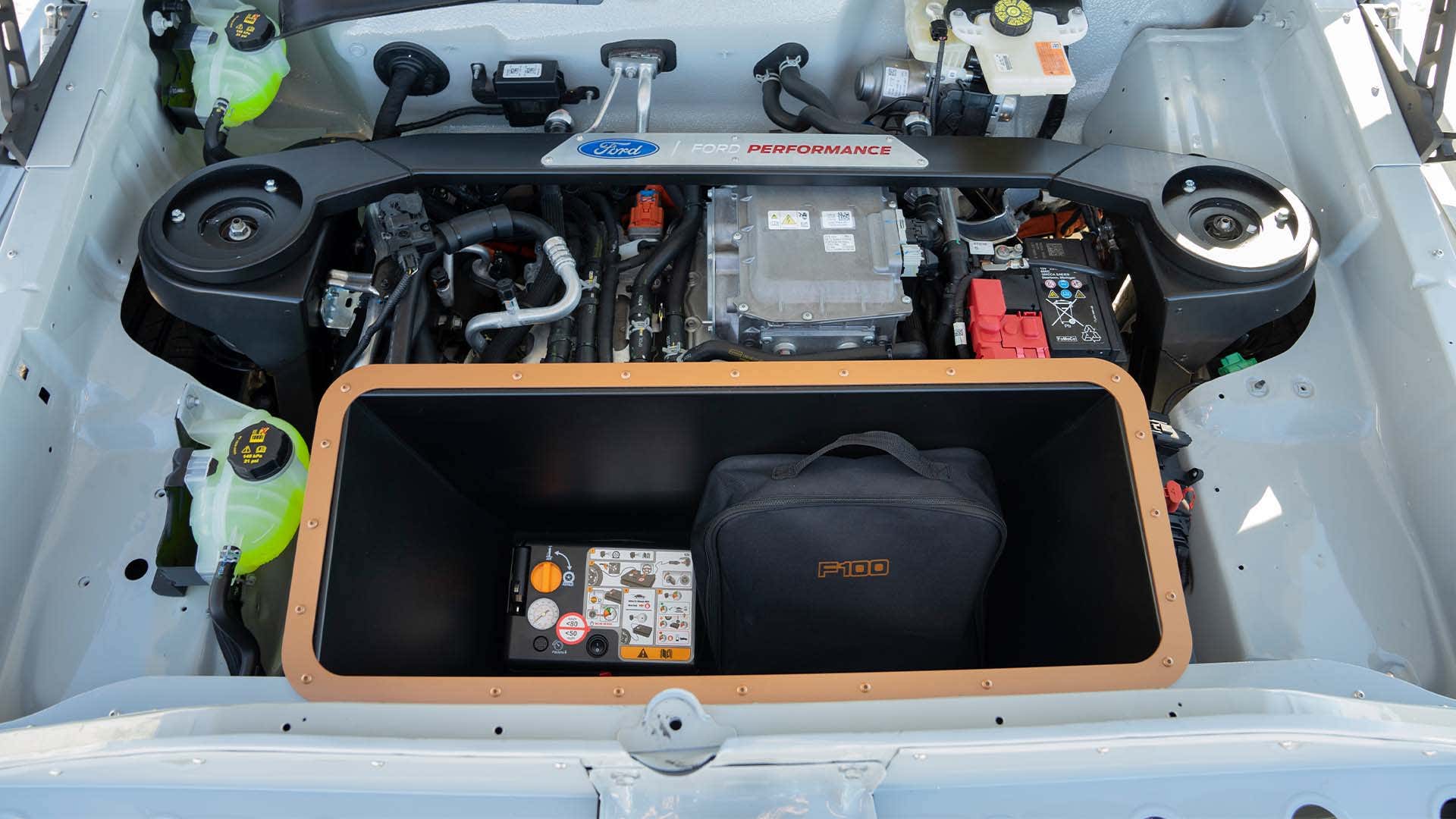 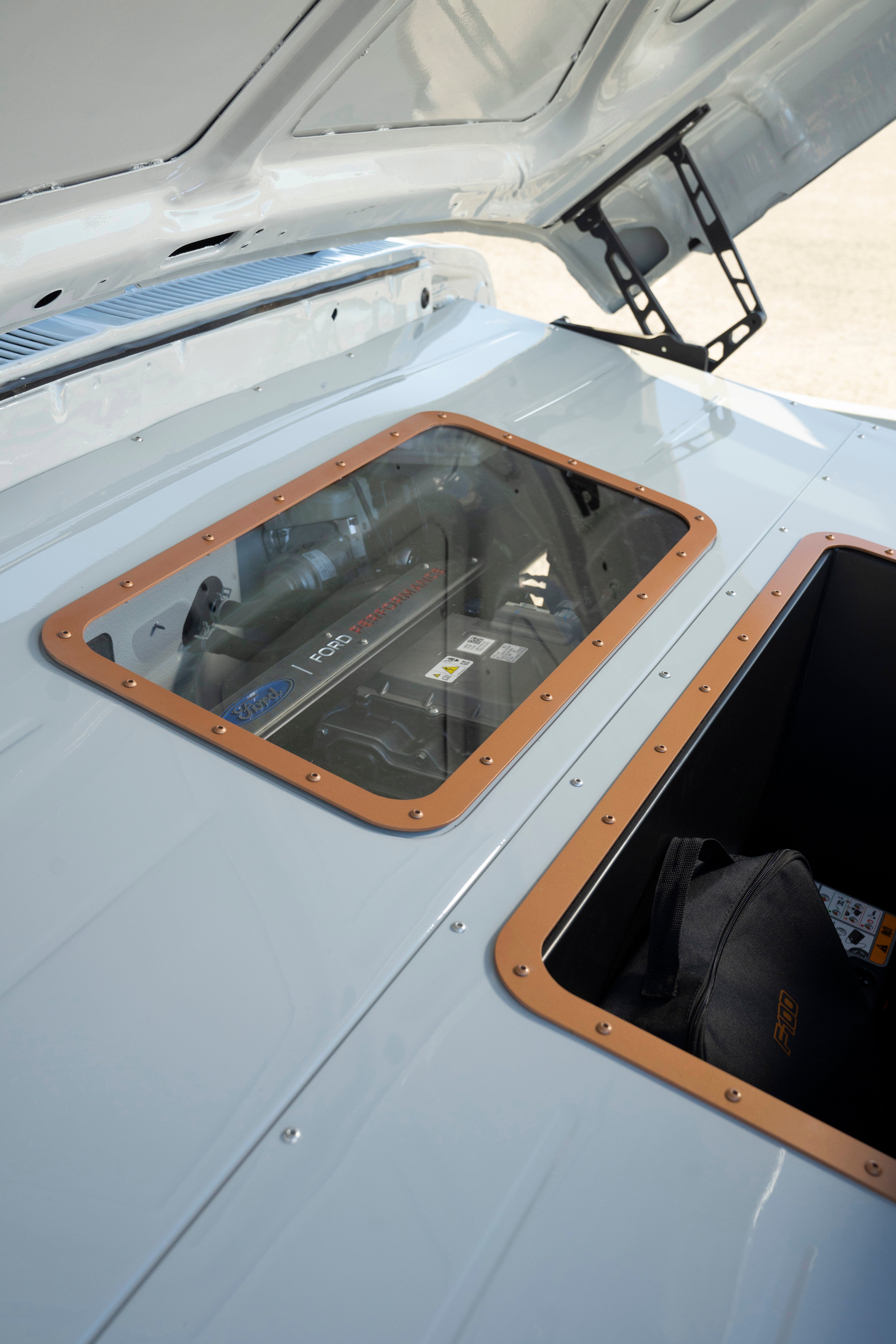 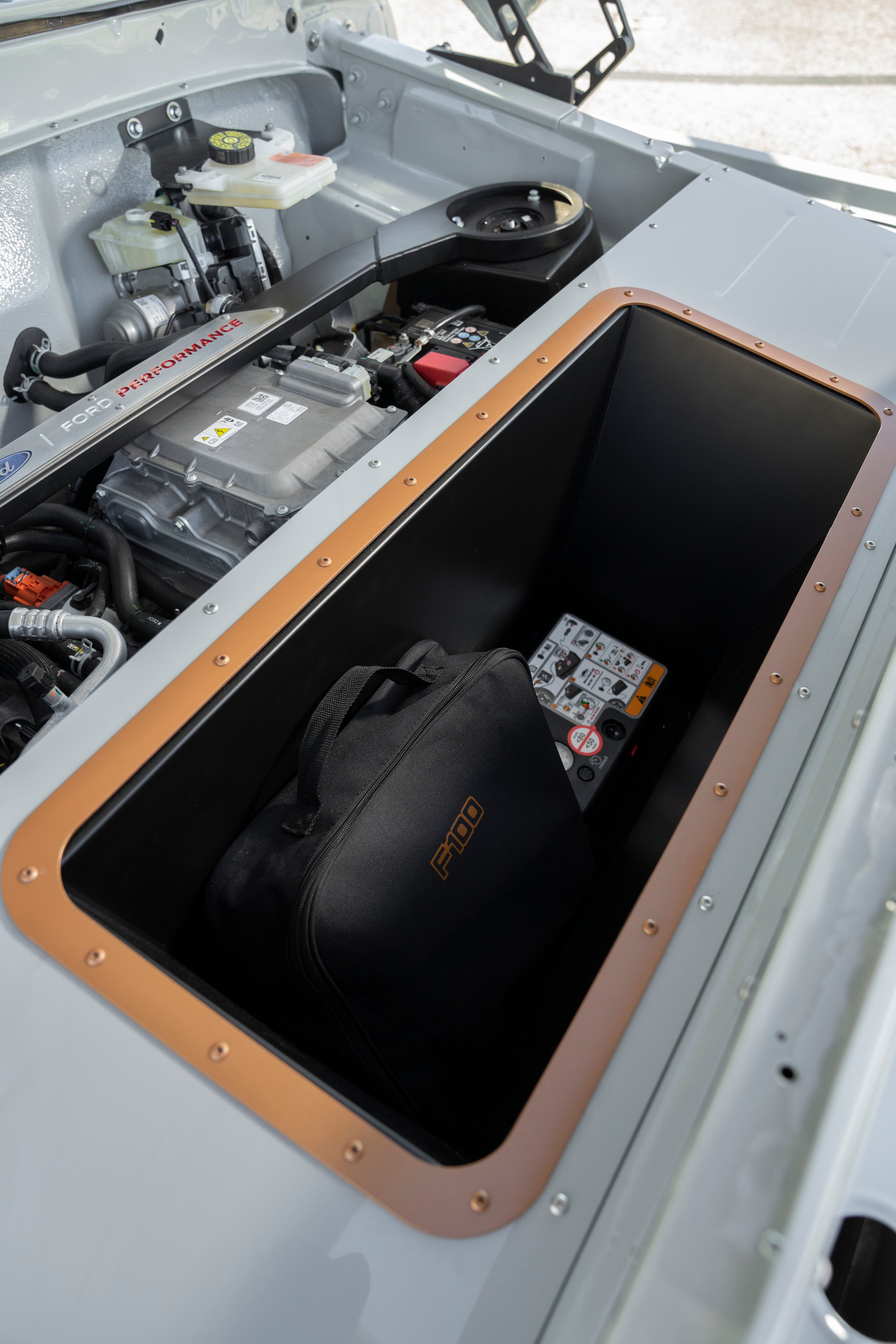 In case you hadn’t read about this crate motor before, it measures 22.5 inches from front to back and apparently weighs 205 pounds. This listing from a dealer claims it’ll come with a vent tube assembly, LV harness/connector, and HV motor to traction inverter harness. If you’re more versed in old-school rides than EV engineering, that probably sounds foreign to you—just know you’re not alone.