The Ford Bronco had one of the most hyped vehicle launches in recent years, marking the return of a nameplate that was sorely missed in the marketplace. The Bronco name with has long been synonymous with off-road performance, and Ford’s latest move aims to further push that narrative. The 2023 Ford Bronco DR ratchets things up to a new level, however, as a hardcore desert racer packing V8 power under the hood.

The Bronco DR is a limited-production racing vehicle, built from the ground up for performance and intended for off-road use only. Built on the production four-door Bronco chassis, the vehicle scores a full roll-cage enclosing what is now a two-person cockpit, complete with racing seats and a Motec dash display. A 5.0-liter third-gen Coyote V8 with over 400 horsepower drives all four wheels through a 10R80 transmission, paired with a shift-on-the-fly transfer case from the F-150. Electronically-locking differentials are fitted front and rear to handle all situations. 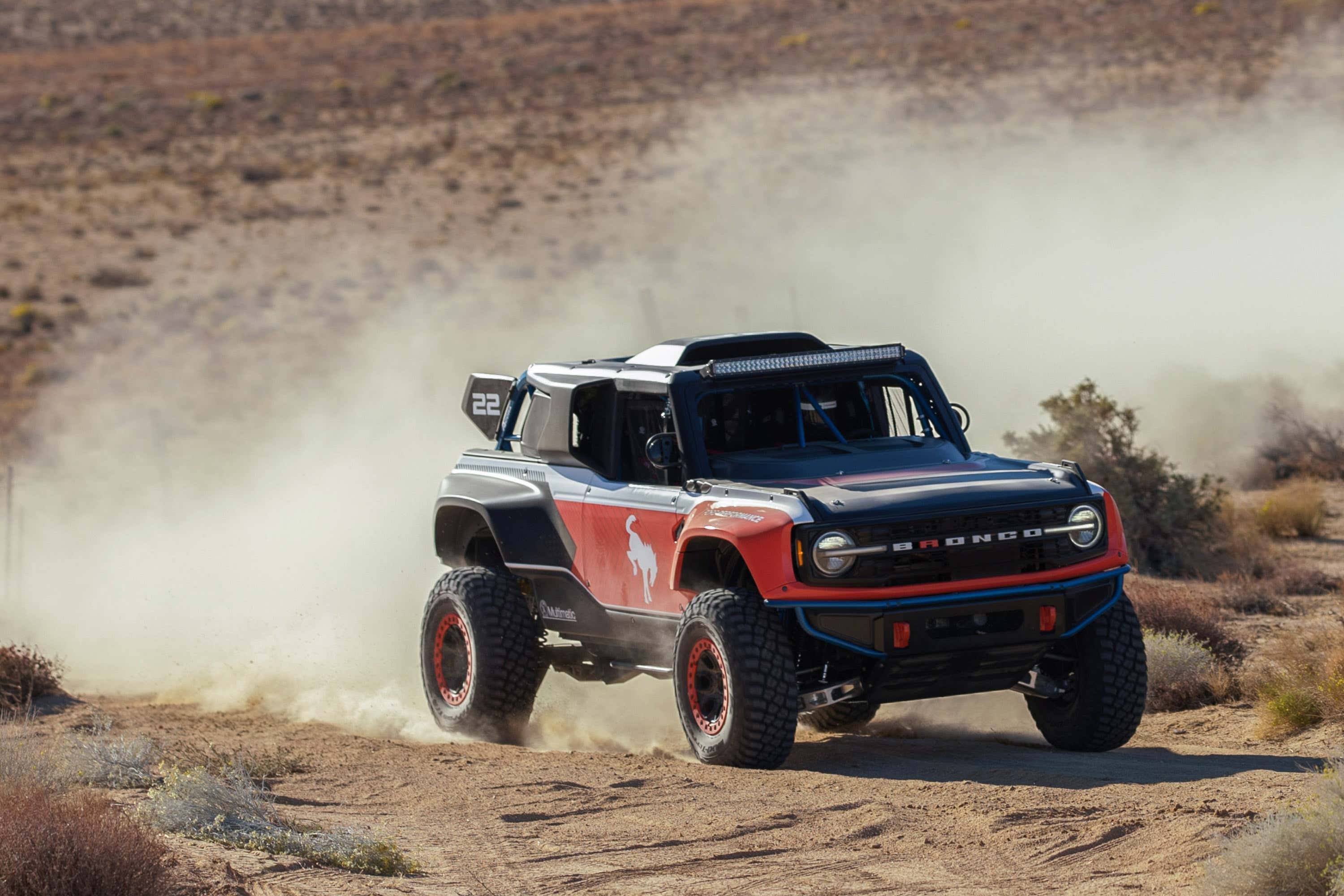 As you’d expect, the suspension has been heavily worked over for desert racing duties. Multimatic Positional Selective DSSV dampers are fitted all round, complete with finned bodies for added cooling in rough driving conditions. The lower control arms have also been upgraded to Multimatic-designed billet aluminum parts. Suspension travel is improved 55.1% at the front and 58.6% at the rear compared to the already-impressive Bronco Badlands, for a total of 15.8 inches and 17.4 inches respectively.

Tires are the 37-inch BFGoodrich Mud-Terrain T/A KM3s, with the Baja-winning rubber fitted to beadlock rims. With all the upgrades, the Bronco DR boasts a approach angle of 47 degrees, breakover angle of 33 degrees, and departure angle of 37 degrees, . It’s a significant improvement over the Bronco Badlands four-door, which manages 43.2 degrees, 26.3 degrees, and 37.0 degrees respectively.

However, if there’s one features that says “race car” above all else, it’s a roof scoop. The Bronco DR does not disappoint, with a large intake up top feeding air to the rear-mounted radiator. Such a layout makes some sense, protecting the cooling system from damage in front-end crashes and likely making more room for the hefty Coyote V8, too. There’s also a 65-gallon fuel tank mounted in what was the cargo area, which should prove handy on long desert rally stages. Adding lightness, the Bronco DR scores fiberglass body panels, which help to bring the total racing weight down to around 6200 pounds. Further mods in service of this goal include the elimination of the air conditioning system, all glass, and other interior features.

The first 50 units will go on sale in late 2022, with a starting price in the mid-$200,000 range. “Bronco DR is our ultimate turnkey off-road racing SUV, engineered to put enthusiasts behind the wheel of a desert racing force,” states Mark Rushbrook, the global director of Ford Performance Motorsports, adding that the model continues “the Bronco desert racing legacy that dates back to Rod Hall and Larry Minor’s never-repeated overall Baja 1000 win in a stock Bronco in 1969.”

Ford are aiming to enter a prototype Bronco DR in the 2022 SCORE Baja 1000, sporting a red, white, and blue livery in tribute to the stock Bronco winner of the 1969 Baja 1000. As referenced by Rushbrook, that race marked the only time a 4×4 vehicle won the Baja 1000 outright. Other notable Bronco wins include class victories at the 1967, 1971, and 1972 Baja 1000 races. The nameplate has also scored a smattering of victories in the Baja 500 and other off-road events over the years., 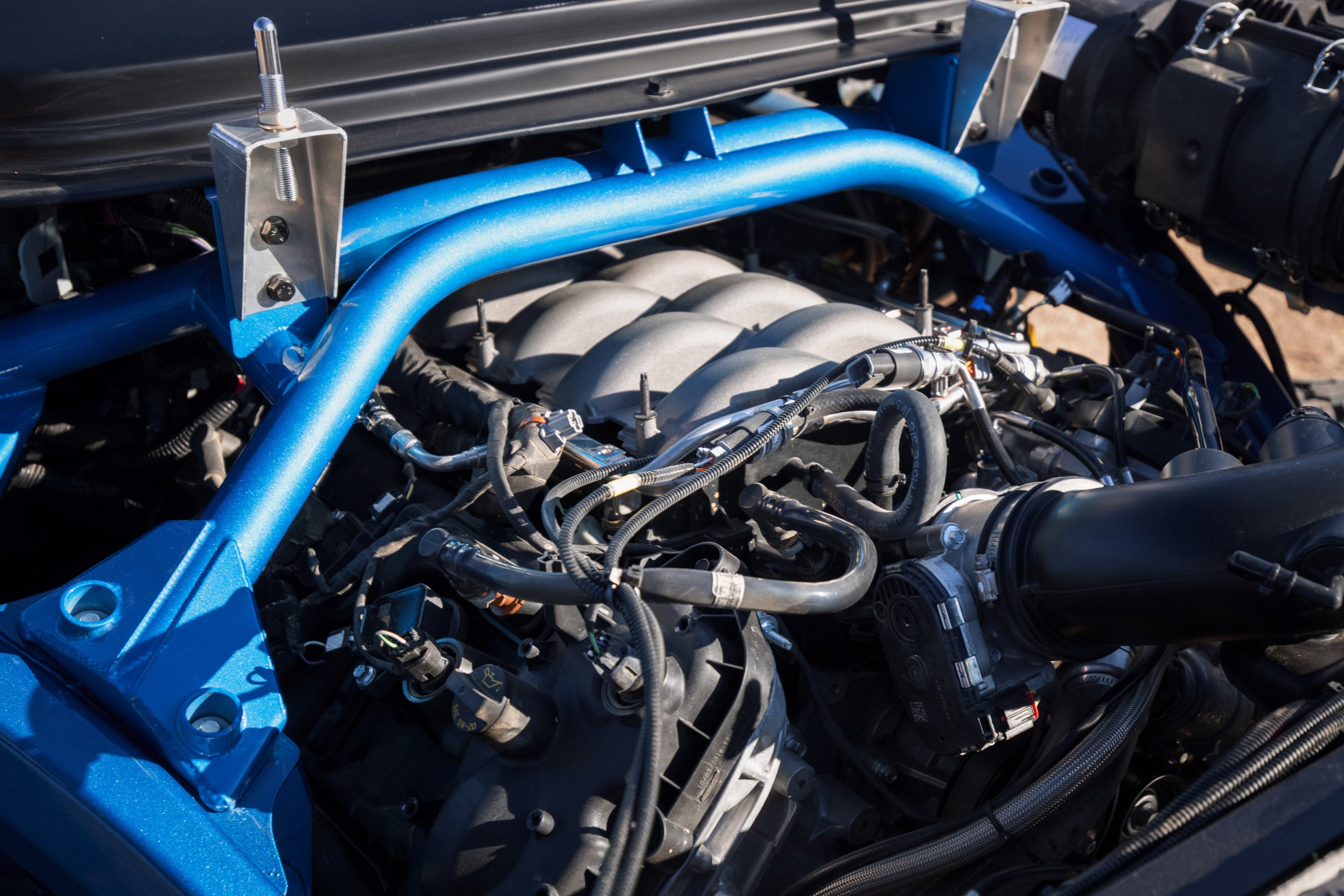 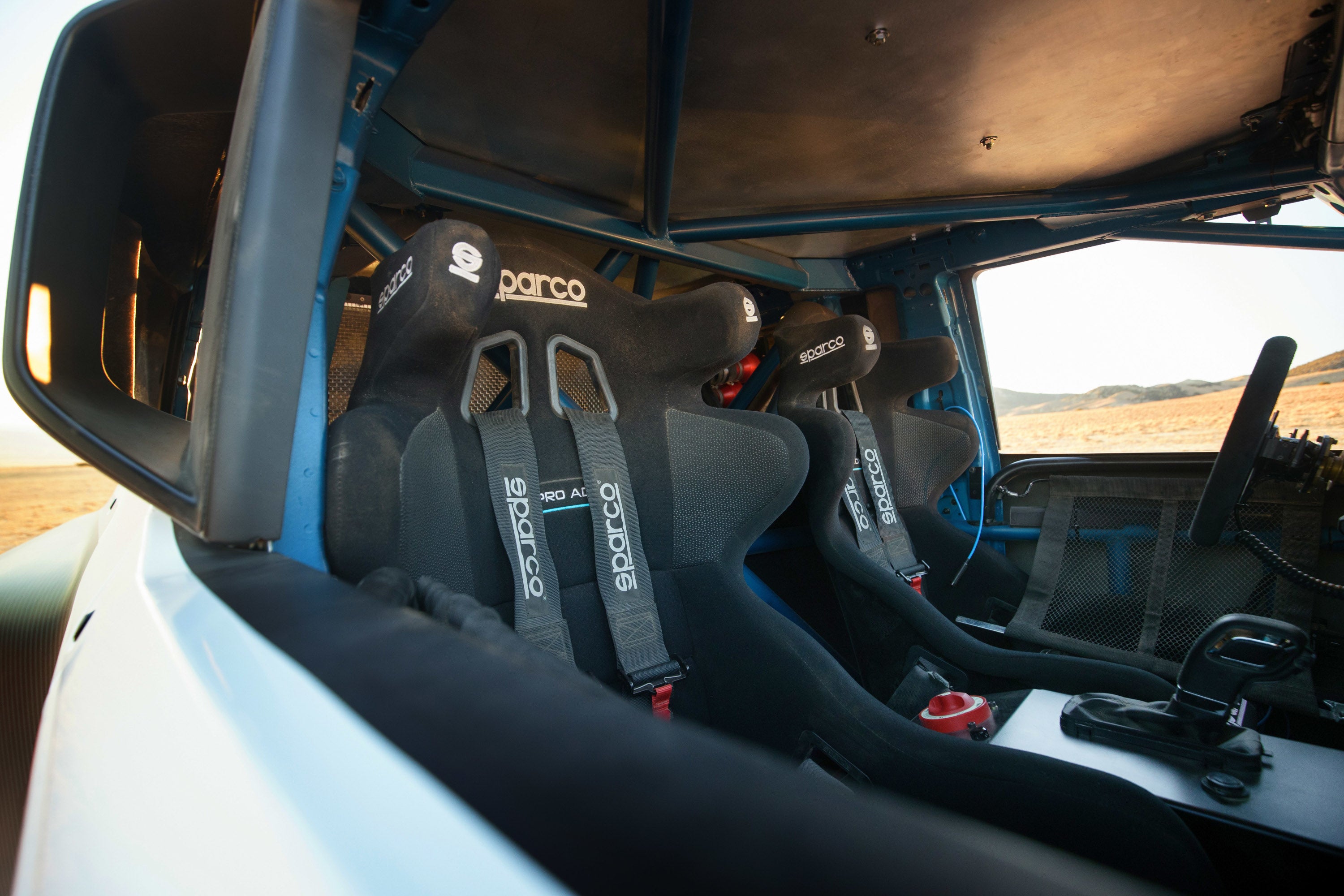 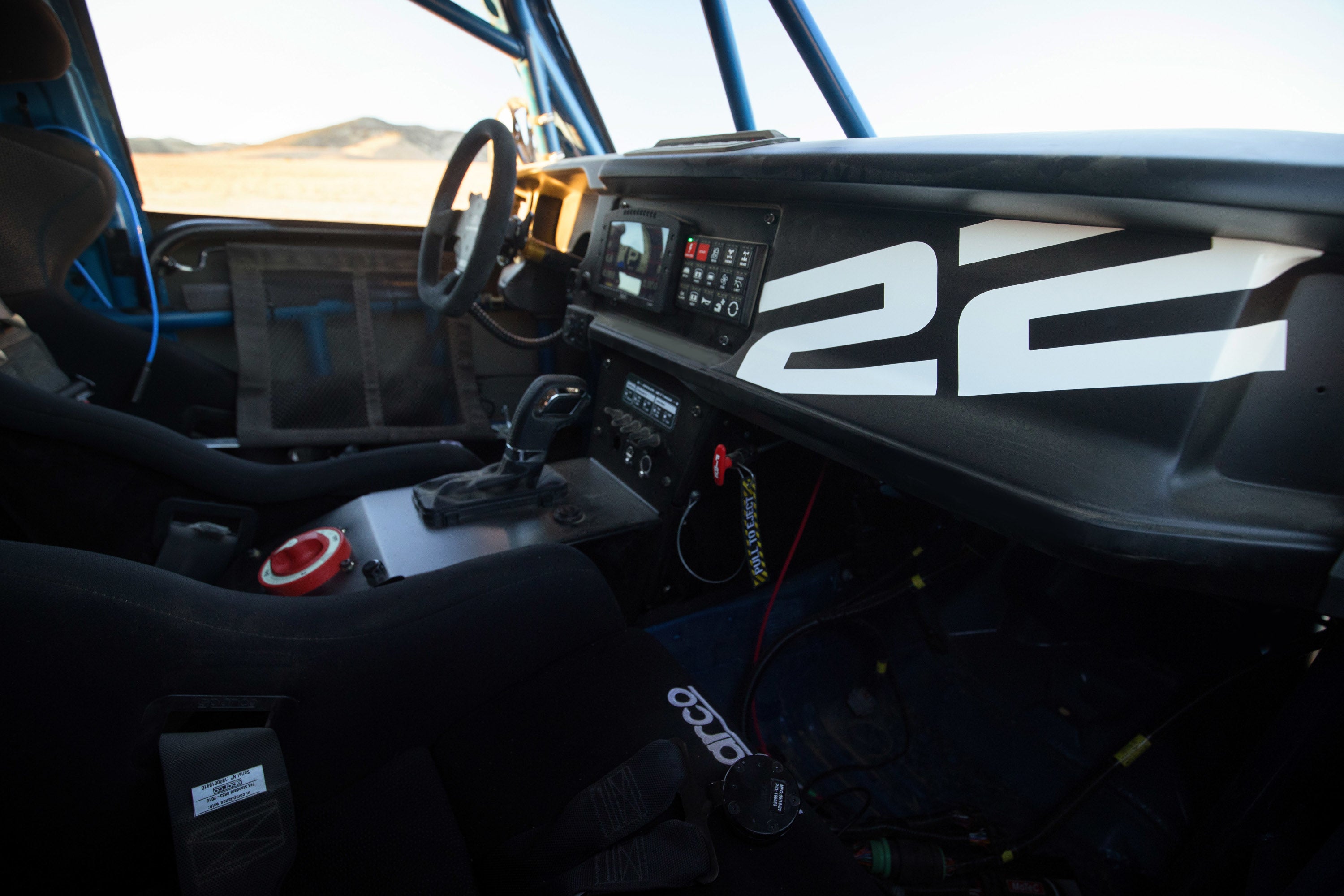 It’s not often that a mainstream automaker sells race vehicles like these, let alone in these sort of numbers. Look to the off-road scene and examples are even fewer. Expect the limited run of the Bronco DR to sell out incredibly quickly. We’d be calling the biggest dealer in your state today if you’re serious about laying your hands on one. Good luck, and go hard.