Up to this point, we haven’t heard much about Ford’s upcoming compact Maverick pickup. What little we’ve pieced together has largely come from this picture of a tailgate and a few spy shots. But now, thanks to forum members on MaverickTruckClub, we finally get a good look at the front end of the Blue Oval’s upcoming small truck offering.

Not much can be gleaned from the image, such as the ever-important scale of the truck, but we at least get a good look at the headlights, grille, and overall body shape. It’s also clear that the truck will be offered in a crew-cab layout, though previous reports indicate that might be it—no single-cab here. That’s pretty typical of pickups these days, although it’d be great to have a truly tiny Maverick. 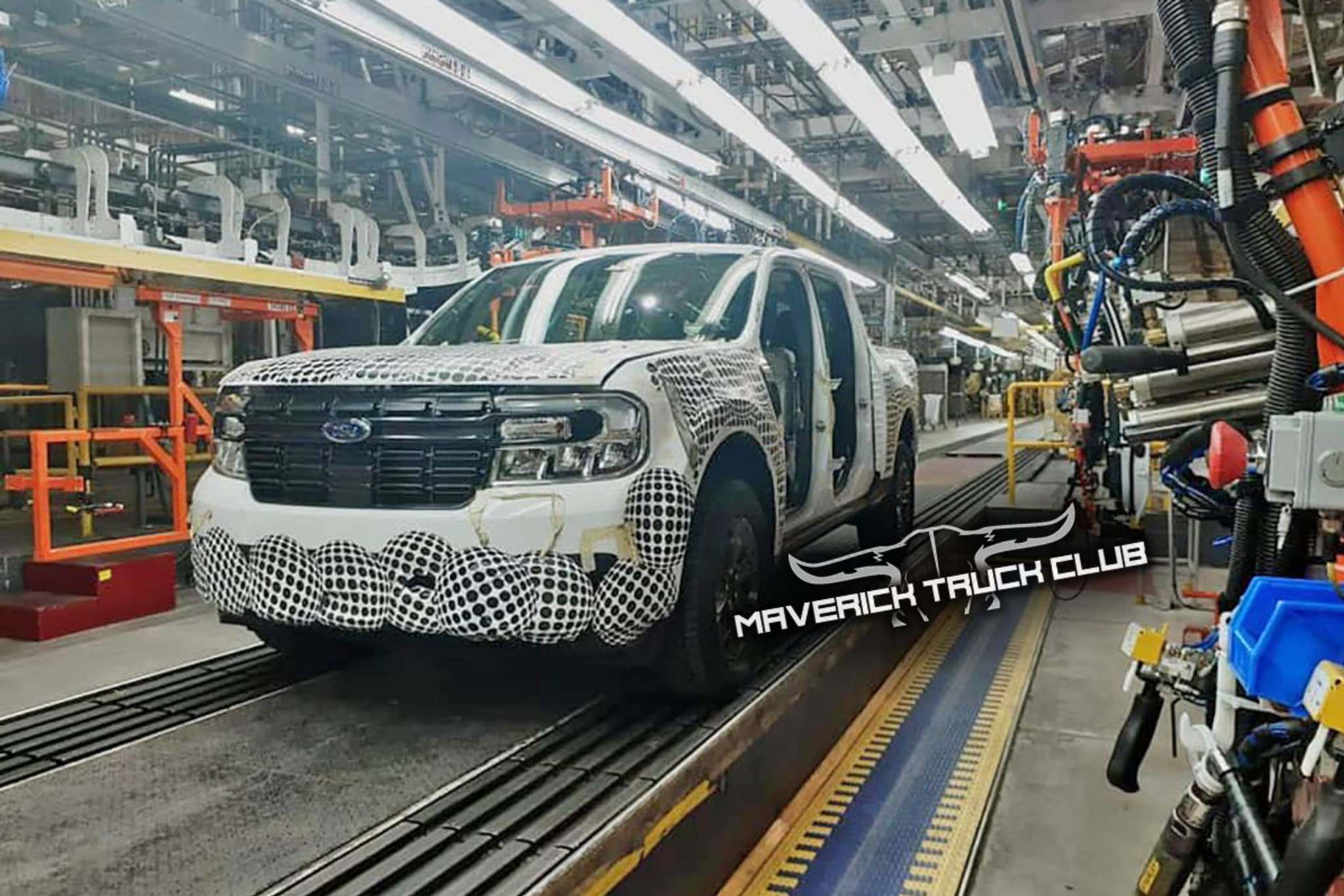 As we’ve previously surmised, the new Maverick is likely based on the Bronco Sport platform and therefore will be front-wheel-drive based, with AWD available as an option. Kind of like the Honda Ridgeline, then. And seeing as it’s based on the Bronco Sport, it will likely share the 1.5-liter and 2.0-liter EcoBoost engines, too. That piece of speculation has been supported by previously leaked docs.

Other details have surfaced as well, such as the truck’s assembly location in Hermosillo, Mexico, along with reports that it will share a good number of parts with the Ford Transit Connect. It’s expected that, while the Transit doesn’t offer a base manual transmission, the Maverick just might, which would be nice. As for the vehicle’s overall size, it’s rumored to be at least two feet shorter than the Ranger, so a true compact indeed.

In any case, it’s nice to finally see Ford’s new small truck from the front, even if it’s covered in camouflage. Hopefully, there’s a Raptor version. That would be sweet.