The Darkside is an upcoming British three-wheeler project started by Prodrive engineer Rob Moon, who also hired former Ferrari, Maserati and McLaren design chief Frank Stephenson as his styling and production consultant. The crew started by debuting the Darkside’s ultralight spaceframe chassis and 275-horsepower Hayabusa engine, then did something unorthodox by announcing the vehicle’s final body style would be chosen through a design competition open to the public.

Moon and Stephenson went through hundreds of proposals over the last few months and settled on three final entries from India, the U.S. and England. And in the end, it was the design by one James Russell-Owen of the U.K. that won out; Moon described it as “perfectly encapsulating the essence” of the Darkside. 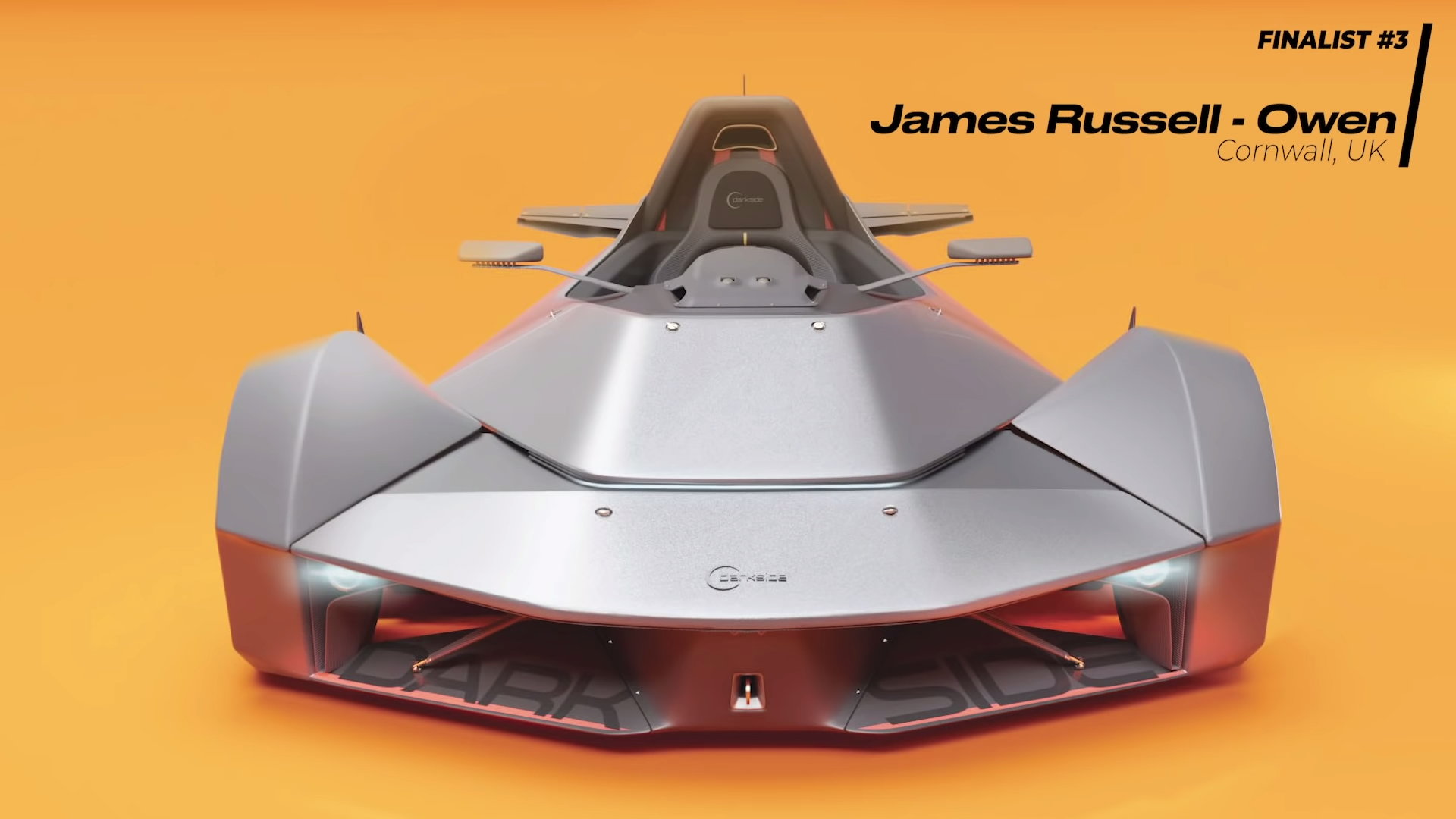 Now comes the hard part, which includes figuring out the final packaging, plus the way this design can be produced in a cost effective manner with three distinctive trim levels on the menu. Inspired by the Space Shuttle and various sharks, the combination of those lines is now wrapped around a three-wheeler tubular frame. Keep in mind that the most hardcore Darkside RR promises 275 horsepower against a weight of just 530-pounds, body included, which should be quite the experience.

According to his LinkedIn, James Russell-Owen currently works at Princess Yachts as a designer, and being guided by somebody as experienced in this field as Frank Stephenson is certainly a prize in its own right.

Got a tip on car design? Send us a note: [email protected]