Hyundai’s first real shot at the performance car market with the Veloster N had what they call good effect on target—it won numerous accolades and whet appetites for N models to come. Later this season, impactful follow-ups will arrive in the forms of the three-pedal, 201-horsepower Elantra N Line and dual-clutch, 290-horse Sonata N Line. And their numbers won’t even account for half the N-branded models on sale in the United States by the end of 2022, which Hyundai announced Monday will consist of no fewer than seven distinct models, one of them being a full-on Elantra N.

Of course, the hotted-up Elantra will be just the second fully-fledged N after the Veloster N, which is noteworthy in and of itself. It’s hard to say what powertrain it’ll sport, though some outlets suggest it could pack as much as 275 ponies. Fingers crossed that it’ll also carry a stick-shift transmission like its comparatively tame sister model, though a dual-clutch automatic would also be welcome.

Spanning the sedan, sports car and SUV/crossover segments, Hyundai’s expanded N family will encompass “three purist N models and four N Line models,” one of which the automaker hinted will be the long-rumored Tucson N Line. Though it may bear the lite “N Line” designation, word is it’ll be anything but a drab school-runner in a tracksuit; reports indicate 340 horsepower and a zero-to-60 time under six seconds. 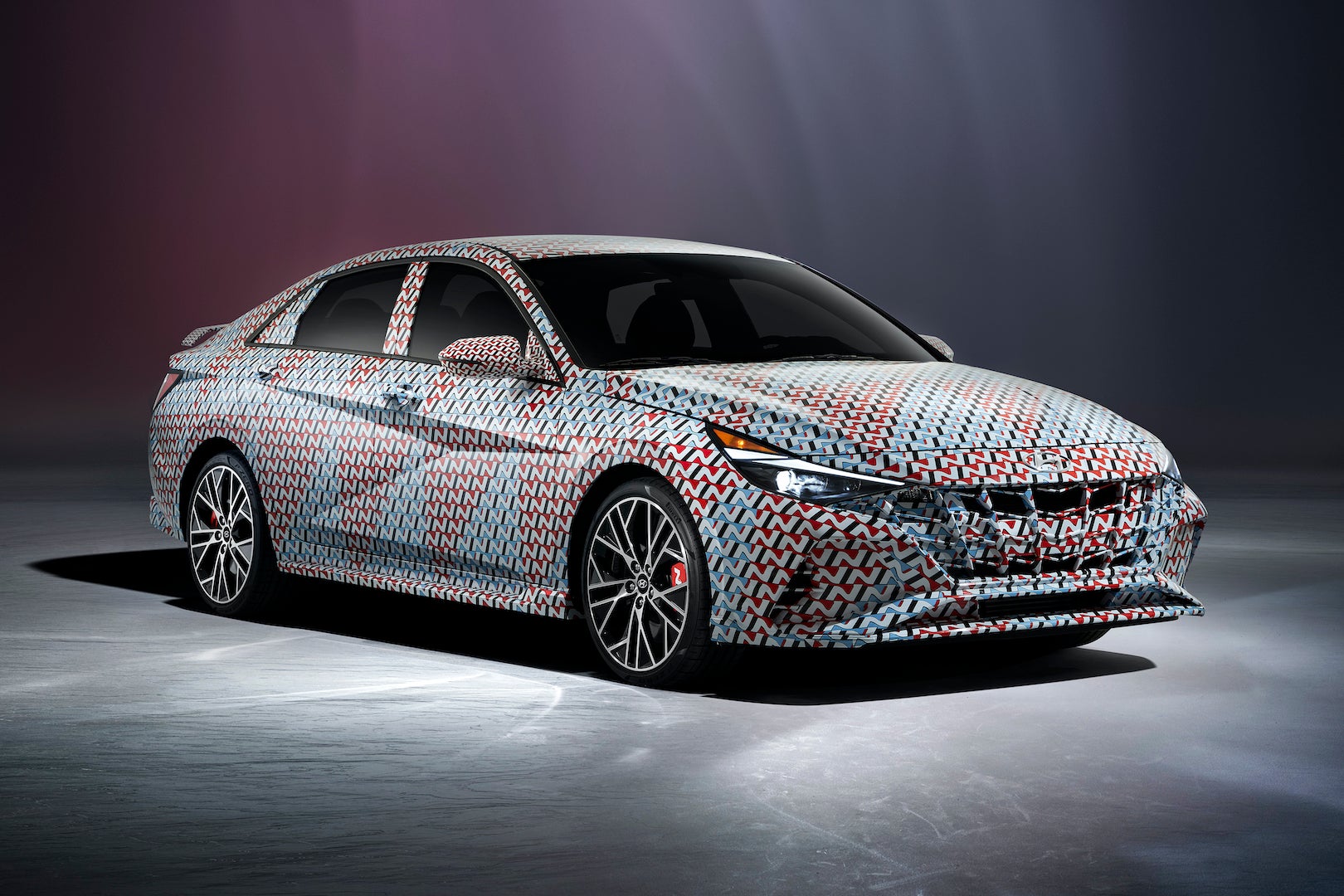 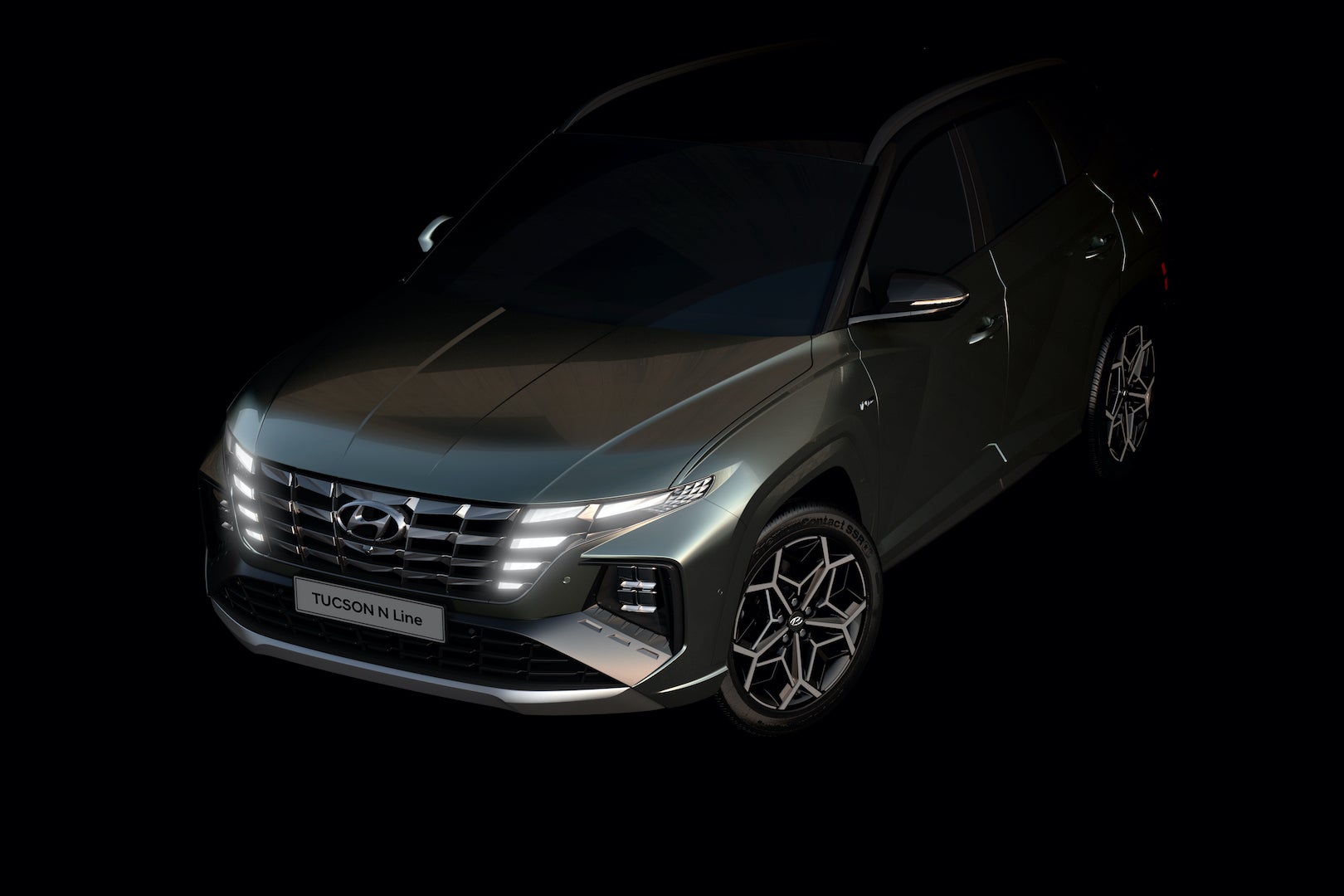 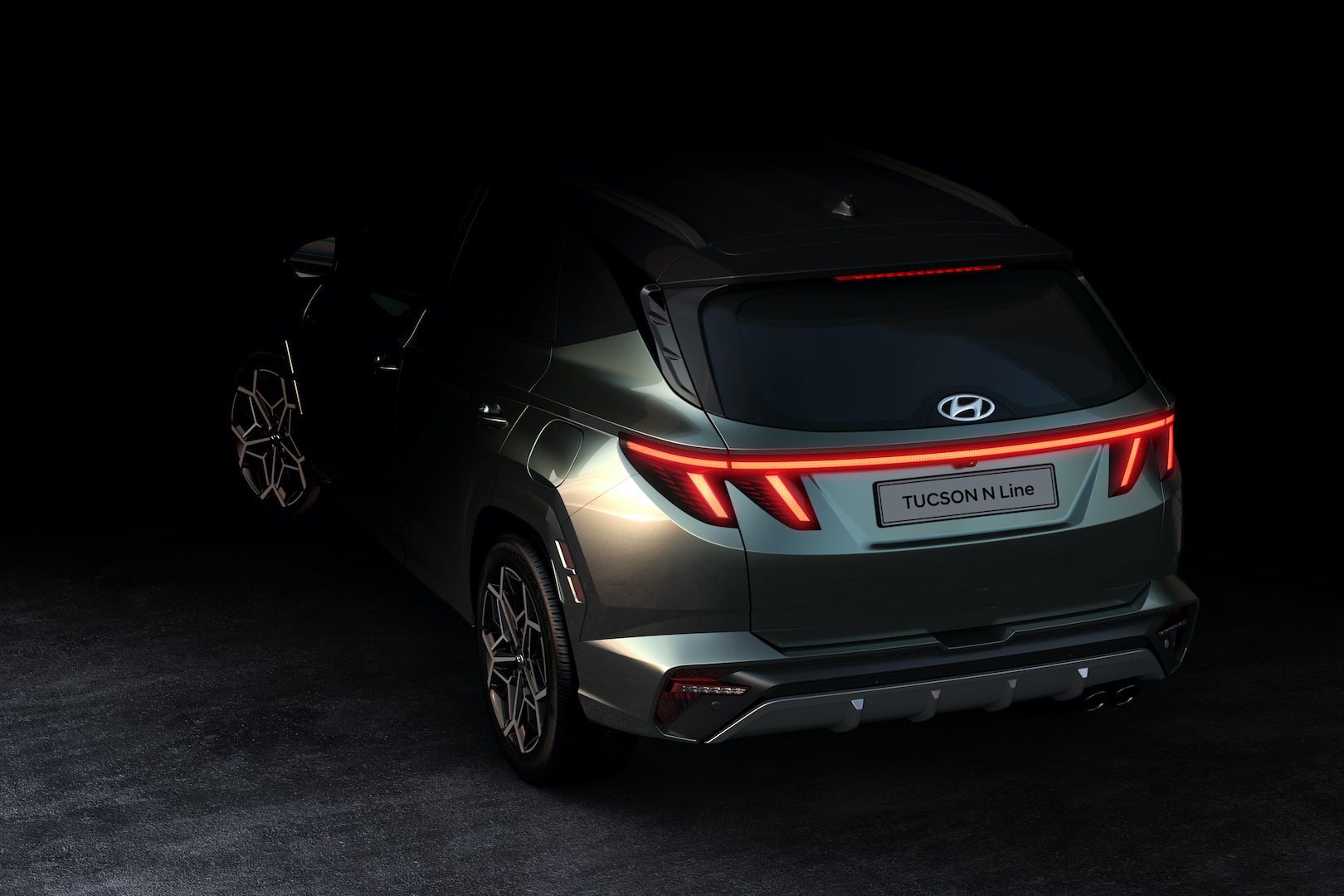 It and the aforementioned Elantra N will make up two of the four new models, leaving one N Line vehicle and one full N unaccounted for. While a teaser image released by Hyundai implies the two unannounced models to be crossovers, their generic, copy-and-pasted outlines don’t obviously resemble any specific Hyundai products, leaving the possibilities open—and darned exciting if you’ve kept tabs on Hyundai’s side projects. 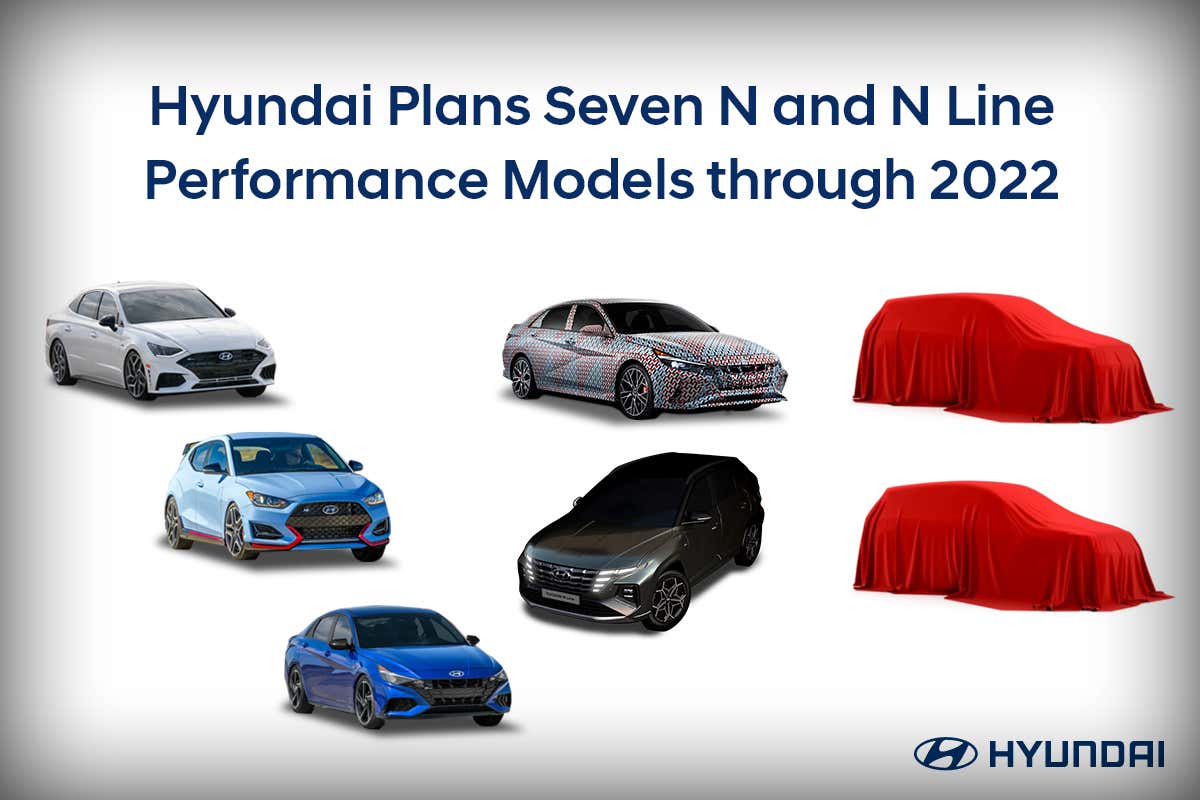 Hyundai’s officially in the N-game

Possibly Hyundai’s most prominent experiment has been a series of Veloster-based mid-engined prototypes, which have been powered by everything from pure combustion to hybrid and all-electric powertrains. Hyundai outright described last year’s RM19 prototype as “a development platform for future N brand products, including a potential brand-halo car,” suggesting the final member of the N-model trio could be the highest-performing yet.

As for that last N Line model, Hyundai performance chief Albert Biermann refused to count out a performance version of the brand’s upcoming Santa Cruz pickup. Sure, a Kona N Line feels far more likely, but there’s no harm in daydreaming about Hyundai building the Baja WRX STI that Subaru never dared make.