A wise man once told me that “there are two types of rigs off-road: broken, and ’bout to break.” This is a universal truth; it doesn’t matter if you’re in an ancient SUV or new $90,000 wondertruck. You can keep yourself on the pre-breakage side of that equation for a long time if you’re proactive. The real secret to equipment preservation off-road has nothing to do with armor or tires or anything else you’re spending all your money on.

If you don’t want to break your shit off-road, you’re just going to have to drive slower. 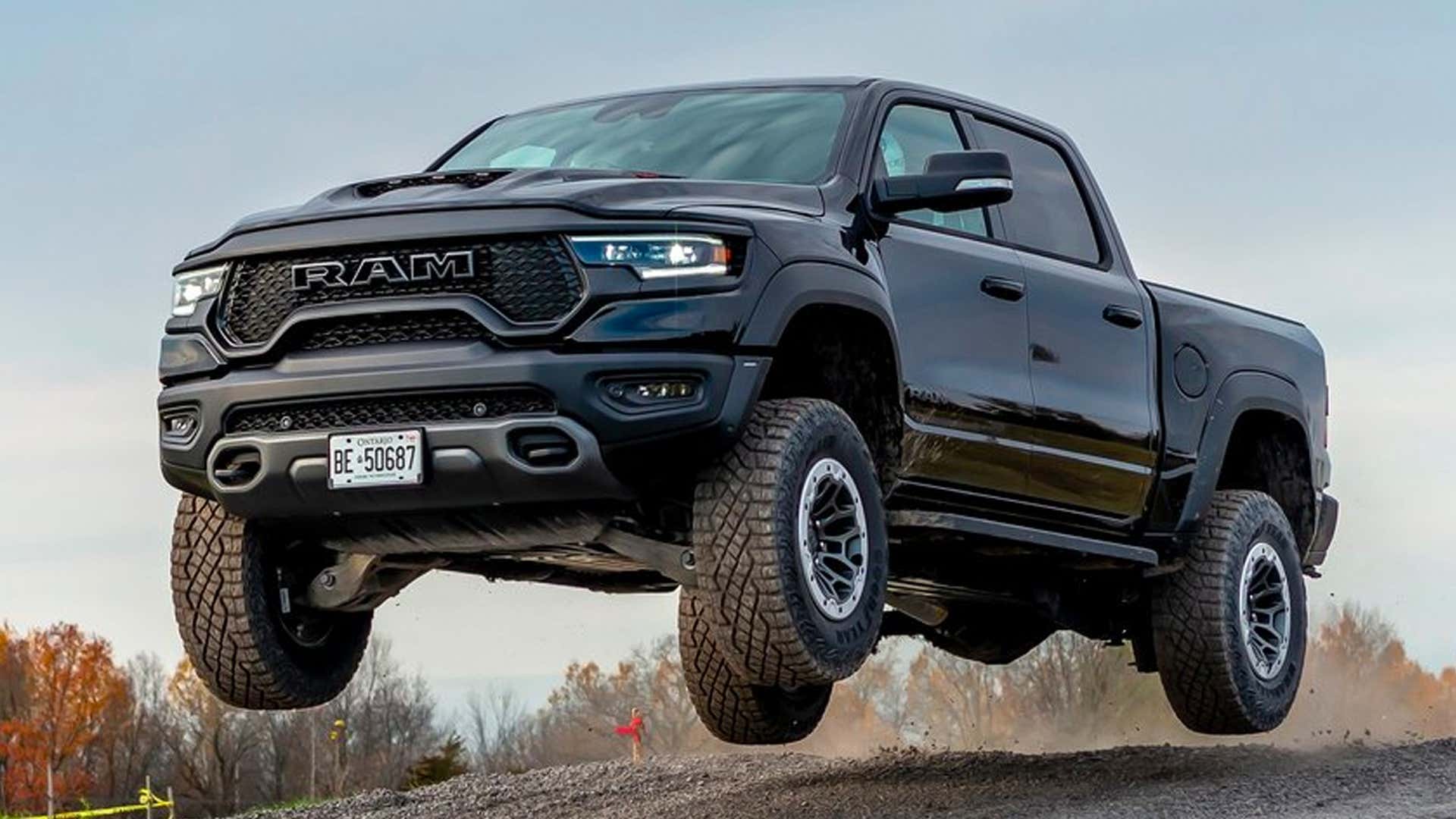 Andrew P. Collins is Editor-In-Chief at Car Bibles, a coming-soon sister site to The Drive focusing on DIY stuff, car culture, and takes like this.

Wait! Don’t rage-dunk your phone on the asphalt – I know at least one of you’s going to be reading this behind the wheel of a very expensive Ferd Reptarian vehicle idling in a line for drive-thru. Fear not, you’re still going to be faster than my Montero and I promise I’ll pull out of your way and let you pass if you blink your high-beams politely.

But here’s the thing about real-world off-roading that you just won’t learn until you get out there: It’s not physically possible for a vehicle to be anywhere near as invincible as it seems to be in promotional videos, magazine ads, or even in most reviews.

Those are all controlled, simulated environments that sometimes end in mechanical carnage even if all the resulting media only preserves the heroics before hard landings.

Maybe you knew that, or you always read the fine print when one of those hype clips hits. In about the last decade though, the off-road scene has experienced a new, related phenomenon of showroom-stock vehicles that are powerful enough to destroy themselves in no time at all. I’m not saying it’s problematic, but I’m not convinced it’s great.

For those of you who speak Grumpy Old Man: I’m saying some trucks today are just too damn fast for their own good.

I’m not that grumpy though, stay with me. It’s not that there’s a strict speed limit for safe off-road driving. Well, there kind of is, but it’s relative to how badass your vehicle is.

When you’re driving off-road – whether you’re in a WWII Willys or a 100-Series Toyota Land Cruiser or a 700-horsepower Ram TRX – once you start to feel like “hey, we’re going kind of fast,” you’re running dangerous close toward “’bout to break.” Except when in you’re in something like a TRX, the speeds you’re going to be enticed to are so high that the stakes can creep up on you before you realize it.

If you get to “WOW we’re hauling ass,” and sustain it for any significant chunk of time, damage is inevitable.

What about off-road racing vehicles, you ask? Yeah, they break on the reg. Yes, even the top-tier factory teams.

So it comes down to sensation. That “whoa, Nellie” moment is going to happen at a much different speed in an old Army jeep than it would in a new Raptor. But the sense of out-running your luck is pretty similar no matter what you’re behind the wheel of; I bet you’ve felt it even if your driving experience is limited to economy cars.

Things get a little… loose, maybe there’s a touch of weightlessness in your stomach, and you start relying on hope and instinct more than your hand-eye coordination? If you haven’t been there, your self-control is admirable. I’m sure many of you are recalling fond or horrible memories, though.

All this to say, I was not surprised to see at least one YouTuber has already managed to bust the guts of a Ram TRX supertruck driving on what looked like a relatively tame off-road track.

Ram TRX pops what appears to be a transmission line in protest of being forced to wear an eye-searing green wrap:

Superlative specs on horsepower, suspension travel, ground clearance, and the rest can increase the speed of your “’bout to break” threshold. But nature, by nature (heh), is unpredictable. There’s no way completely armor a truck against all possible points of ingress for rocks or sand or errant animals. But there is a way to make the onslaught of such elements more intense: Increase your speed!

I’m not trying to tell you how to use your trucks. Trust, I understand the appeal of pushing limits. Just know that off-roading is brutal, often even when it doesn’t look it. And no amount of technology can nature-proof a vehicle, even if it feels comfortable squirrel-stomping at ridiculously high speed. Or, you could stick to suburbs and paved streets and only have to worry about oil changes and coffee stains in the cab. But where’s the fun in that?

Andrew P. Collins is the EIC at Car Bibles, a coming-soon sister site to The Drive focusing on practical tips and DIY advice to help you get the most out of your car. Look for a freshly redesigned Car Bibles in early 2021. Meanwhile check us out on Twitter, IG, and Facebook. Actually LinkedIn too, if you’re on there.