I’ve been in love with high-performance wagons all my life, as I suspect is the case with most people who have petrol running through their veins. There is something about the melding of the utilitarian form of a station wagon with the powertrain of a supercar that is eternally enticing. As such, I have considered the Audi S and RS line of wagons—or Avants in Audi-speak—the top of my automotive food chain since I was old enough to drool over cars (which coincided with my ability to drool). And now I finally own one in the form of the 2021 Audi RS6 Avant. Not in Europe. Here, in the United States of America.

It’s a day I never thought would come. I’ve now had the car for four months, and I’m going to document what it’s really like to live with over the course of a year for a forthcoming story here on The Drive. You know what that means: it’s time to ask me whatever you want to know about actually daily driving an Audi RS6 Avant. 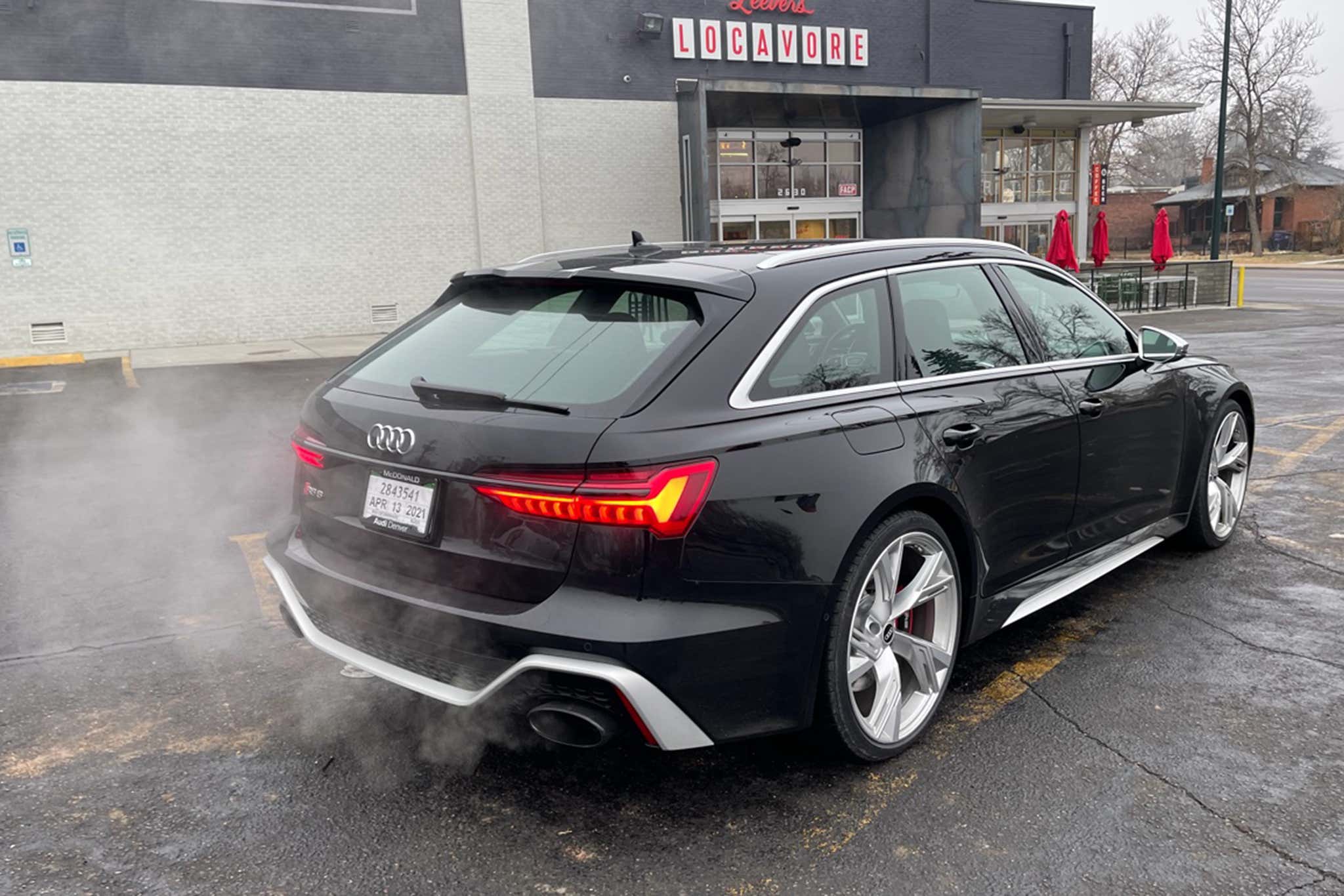 My path to finally owning an RS wagon stateside has been a long one. Because of my job both as a journalist and race driver, I’ve been given ample opportunity to spend time in the seat of every variant of performance Avant, starting with a gray-market B4-generation S6 Avant I wheeled through Miami back in the mid-’90s. My brief time behind with it cemented my passion for both the brand in particular and performance wagons as a whole.

Fast forward a few years and I found myself the lucky owner of a 2003 C5 RS6, the first of the RSes Audi deemed worthy of importing to the U.S. Unfortunately, Audi also deemed America unworthy of the Avant, so mine was the lesser (in my eyes) sedan version.

Well, I figured the only way to rectify Audi’s mistake was to move to Europe where I could have any car I wanted. Even the ones Audi didn’t see fit to allow us Americans to have. Which is how I ended up spending time in both a 2013 S6 and 2015 RS6 C7 Avants in their natural habitat: the German Autobahn. If my brief time driving the S6 in Miami cemented my love for performance wagons, driving an RS6 on the Autobahn made me completely certifiable.

This brings us to the 2021 C8 RS6—the first RS Avant Audi saw fit to bless us “wagon hating” Americans with. The German automaker is taking a huge bet that Americans—or at least a large enough subset of Americans—actually not only like wagons but are willing to plunk down big money to own one. And when I say big money I mean BIG money. As of this writing, the base price on the new car goes well into six figures at $110,045 with destination. 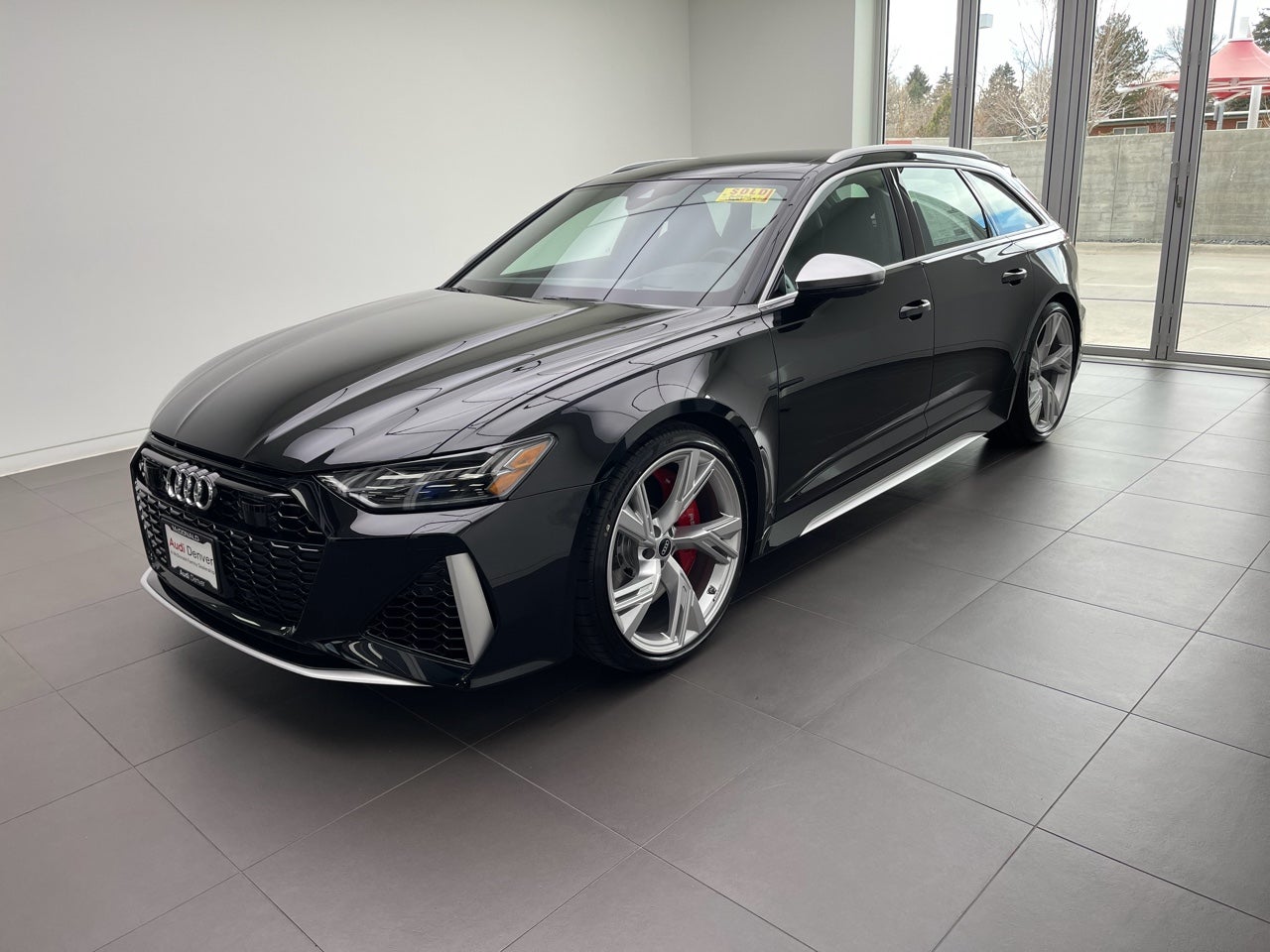 I wanted the car bad, but before I was going to drop that much money on it I needed some seat time behind the wheel to see if it was worth all that. Unfortunately, I didn’t wind up being able to test it out at all. So, with no first-hand knowledge, all I had to go on was the stream of Instagram and Facebook posts from my journalist buddies who all ended up in California at the same time for the launch at the end of 2019. And the news was good. Very good. Basically, all my guys were saying the exact same thing: If you fancied an Über Wagon, this was the one.

So I immediately marched over to my local Audi dealer (okay, I really just picked up the phone and called but that sounds so much less dramatic) and plunked down a deposit for an RS6 with delivery estimated for Q2 2021. And because I ordered mine in advance at an agreed-upon price, I wasn’t hit with any of that ridiculous dealer
markup nonsense.

And, right on schedule, it arrived at the end of March.

So what do you guys want to know about living with a supercar as a daily driver? And I do mean daily driver. I have one car so the RS6 has to do it all, from taking the dog to the mud-filled dog park to fancy nights out with the wife on date nights. And really that’s what makes über wagons so appealing. They can do it all. 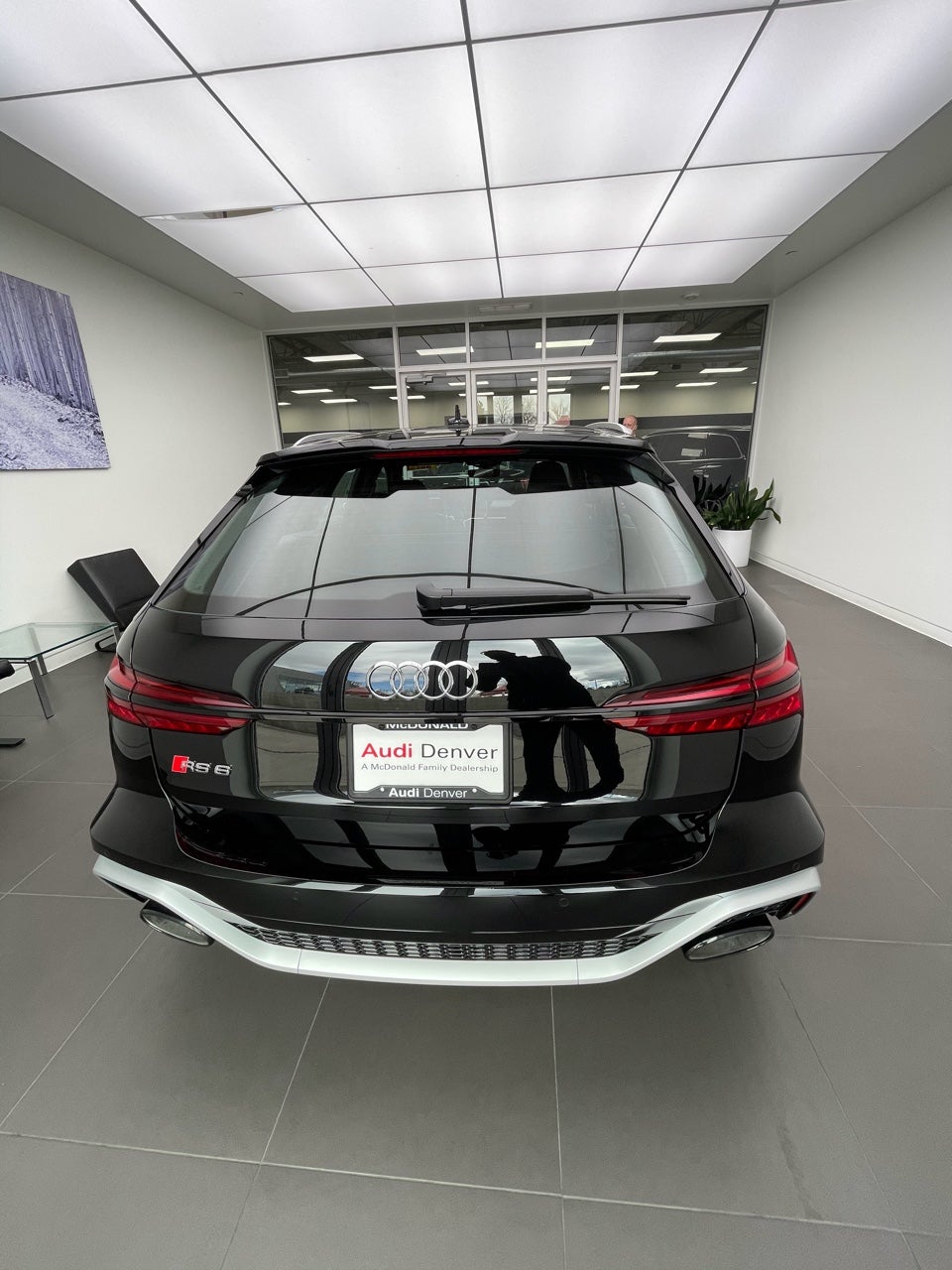 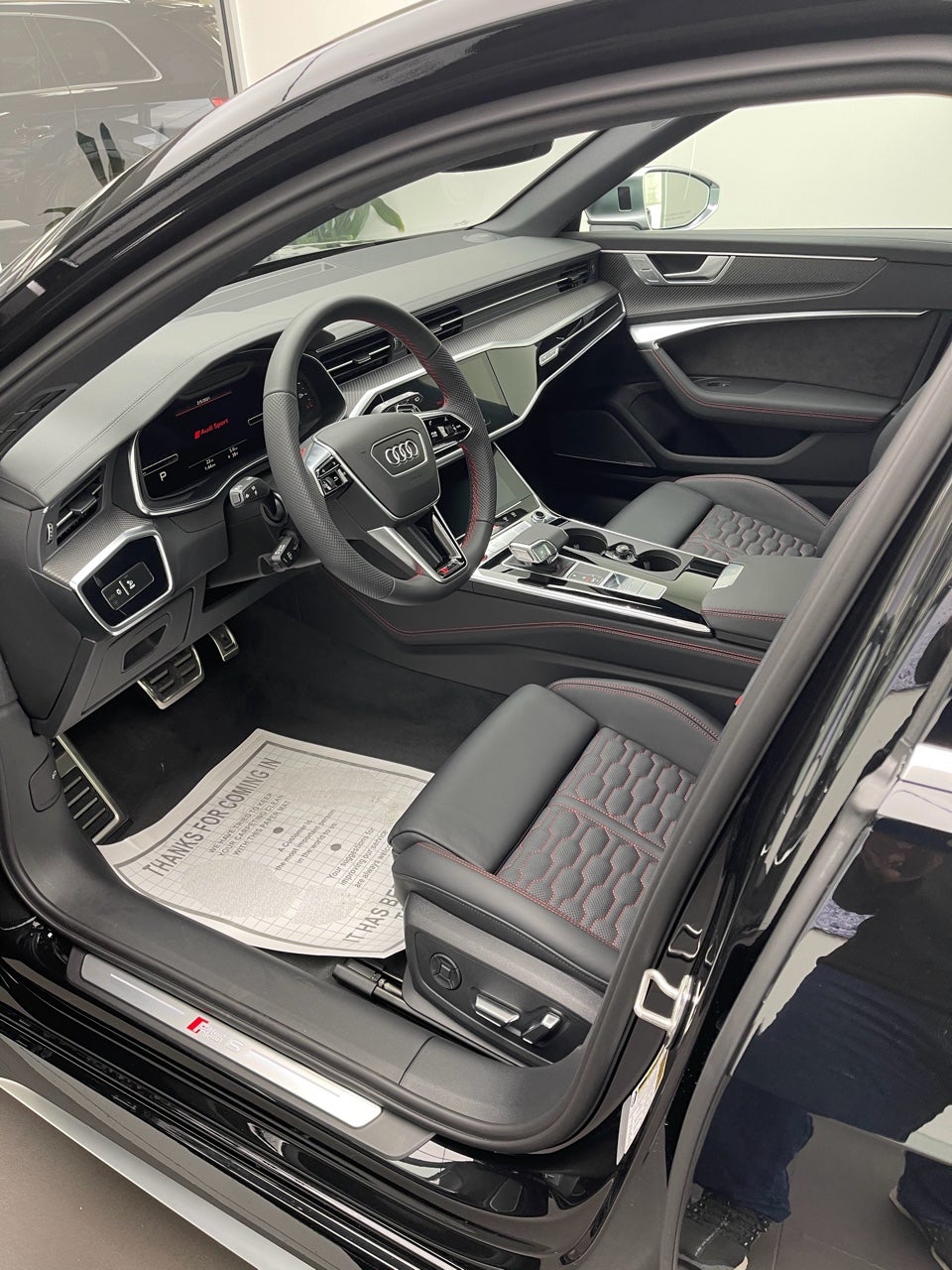 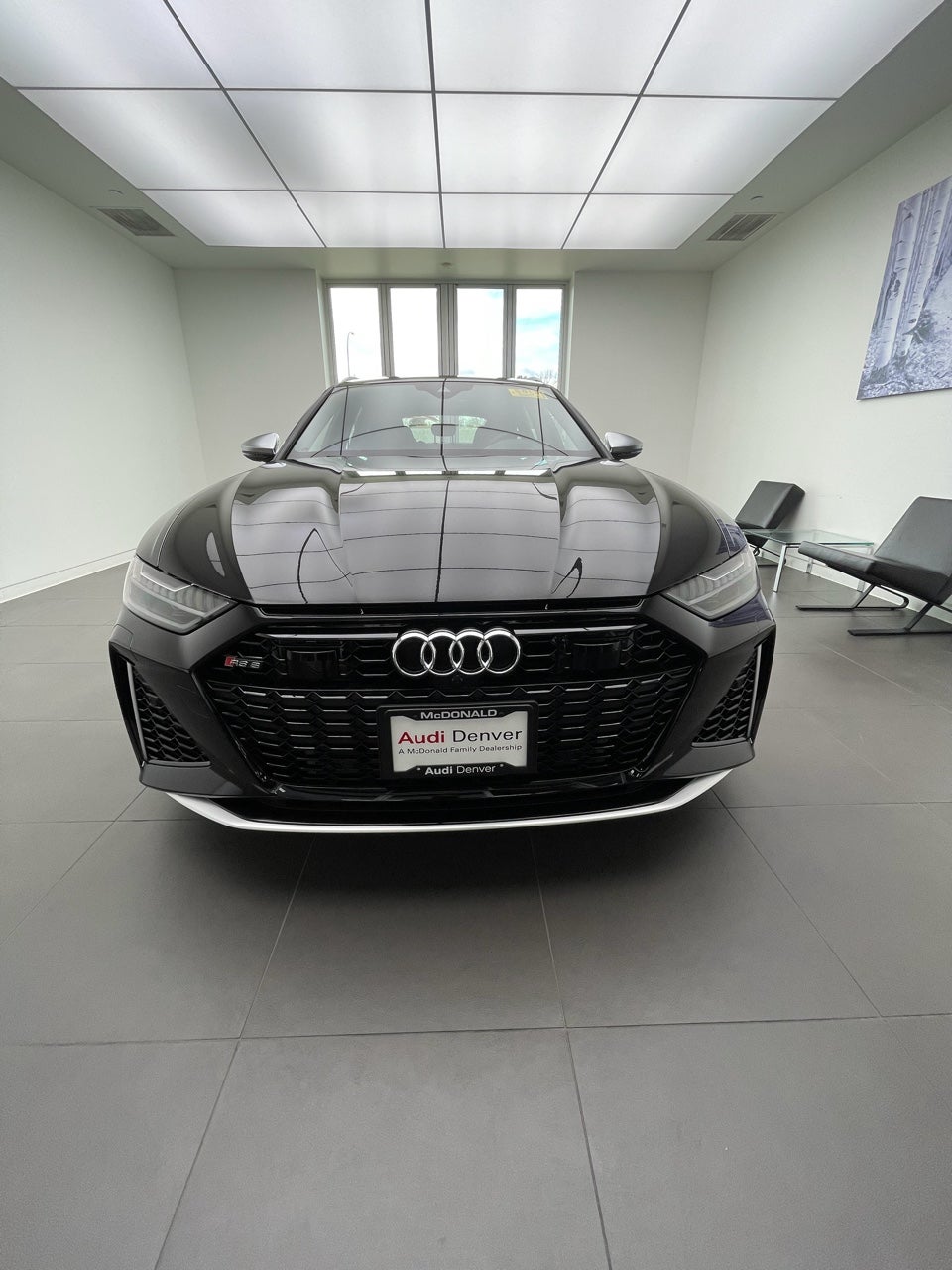 I’ll be hanging out for a bit in the comments below, so hit me up and let me know what you want to know about Audi’s super wagon. You can expect a follow-up at the end of the year when I’ve had a chance to put some real miles on the car in all seasons.