Sam Walton was a frugal man who knew how to run a business—I mean, like, really run a business. He started Walmart in 1962 as a single-location variety shop and saw his company grow to include 1,960 stores before his passing in 1992. All the while, though, he never sprung for high-end luxury cars like other American businessmen. Instead, he bought a Ford F-150 new in 1979 and drove it for the rest of his life. Now, it’s been recreated.

Jay Leno’s Garage took on the project of transforming a 2021 Ford F-150 into a similarly spec’d pickup to match Walton’s Blue Oval classic. It wears an inspired two-tone paint job with white sandwiched between Ruby Red, a modern Ford color that’s a bit darker than the ’79. It also wears off-white wheels with understated chrome hubcaps to match the original, shod in Bridgestone tires with white lettering on the side. Sam’s had General Grabbers, but hey, you do what you can with what you have. 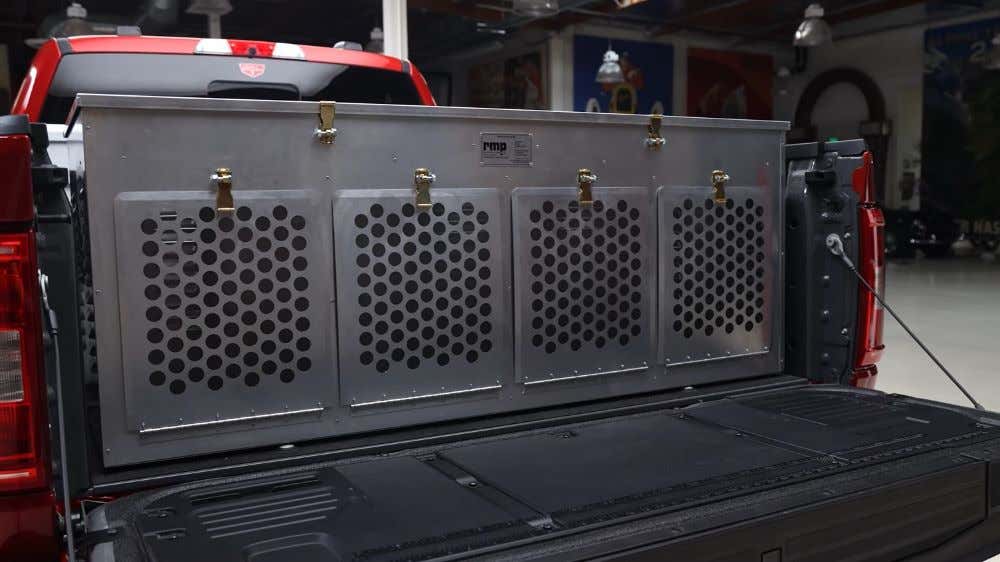 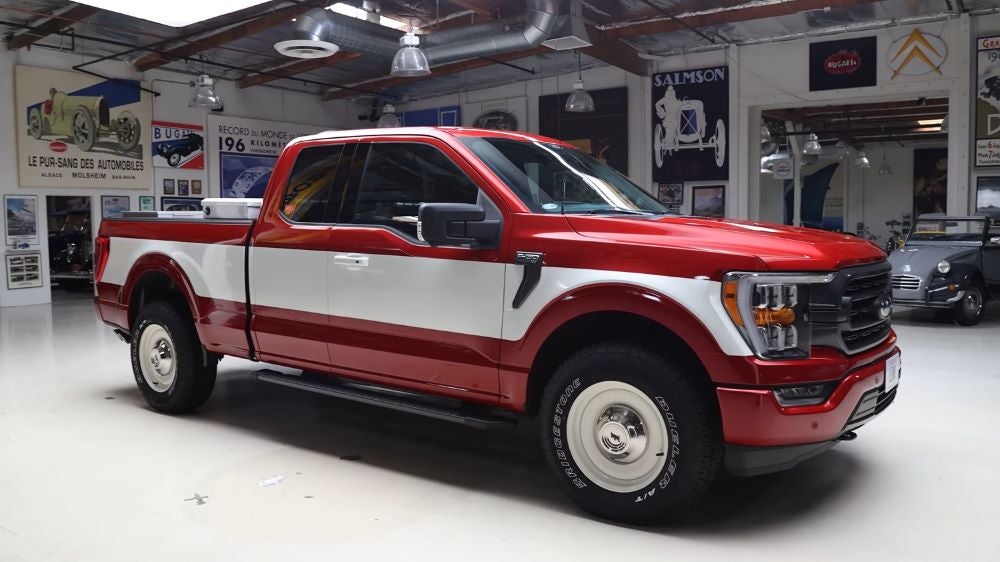 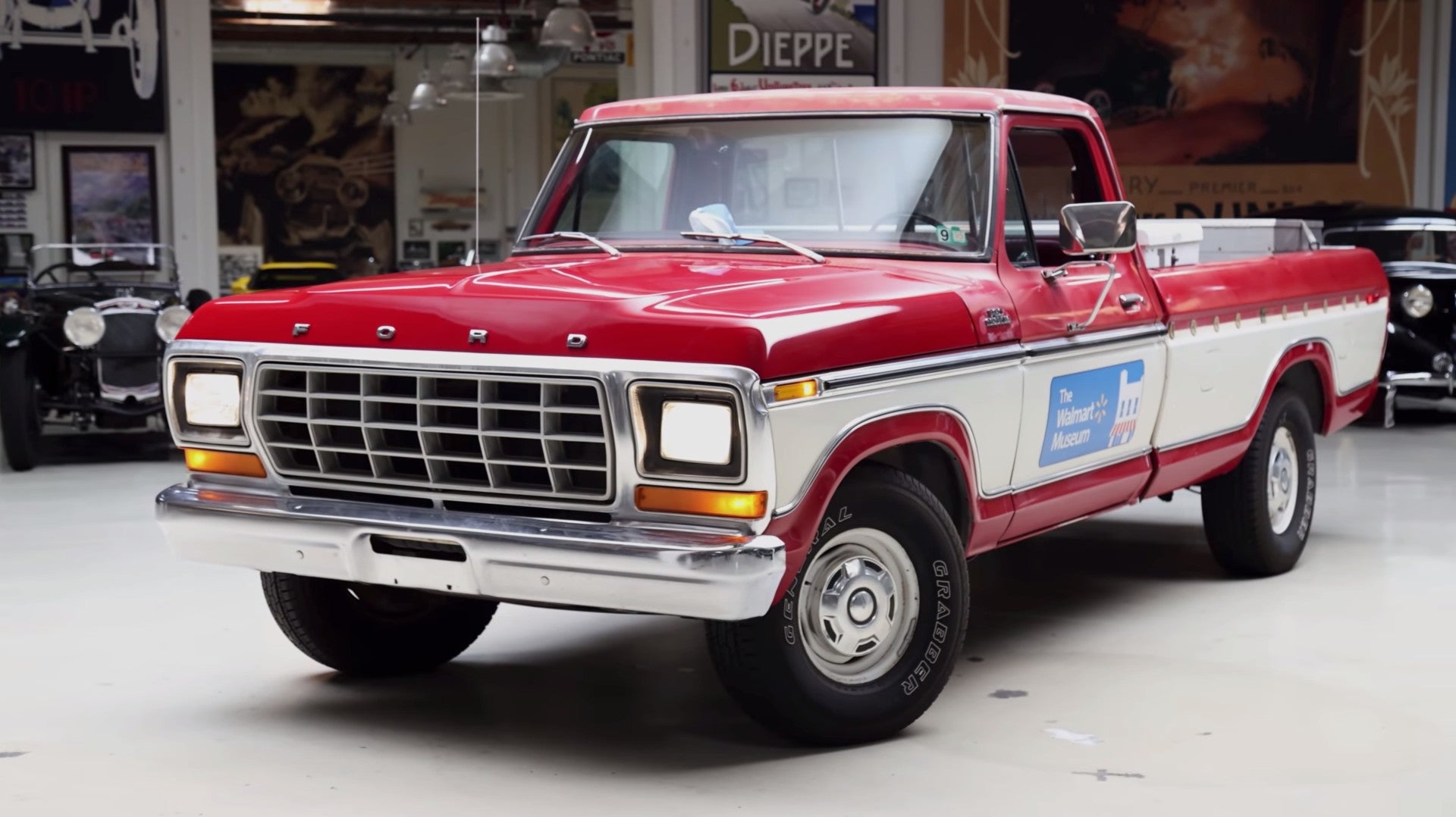 Then there’s the dog box in the bed. It’s a nod to Walton, a hunter who often used his truck to drive into the woods with his canines in tow. Despite being worth $8.6 billion in 1992’s money—roughly $15.9 billion when adjusted for inflation—Walton enjoyed the same hobbies he took on as a kid. This is shown here with the all-new F-150, as it is with his original which makes its home at The Walmart Museum in Bentonville, Arkansas.

There were a few details that proved hard to replicate. For instance, since the 2021 F-150 is yet to hit any sort of real production stride, a true single-cab model wasn’t available. Instead, Jay Leno’s Garage went with a SuperCab truck with the swinging half doors. Also, sadly, there’s no carbureted engine option for 2021 model year trucks—who’d’ve thought?

Lastly, there’s no chrome bumper or grille and the inside is apparently covered in leather rather than cloth. Still, though, it’s the thought that counts. If they could’ve held on for a few more months, they would’ve at least had the option of crank windows.