The market for off-road vehicles is heating up. Tensions are naturally rising in check as automakers deftly maneuver and muscle for rank. Thus, it’s not at all surprising to hear that Jeep North America President Jim Morrison has once again been quoted making jabs at Ford, as reported by Muscle Cars and Trucks.

In an interview with the specialist outlet, Morrison discussed the company’s upcoming 2022 Jeep Grand Cherokee, in particular the new Trailhawk 4xe trim level. The plug-in hybrid is intended to be the most capable off-road model of the lineup, and was able to tackle the Rubicon trail in full-electric mode the whole way.

Morrison used this example to needle his competition. Morrison stated he would “actually feel sorry for (Ford Explorer Timberline) customers that get tricked,” asserting that the Trailhawk’s rival would not be able to keep up off-road. “You can paint a tow hook red,” Morrison continued, noting “It doesn’t mean that behind the tow hook it would even hold up in the right moment that it needs to.” 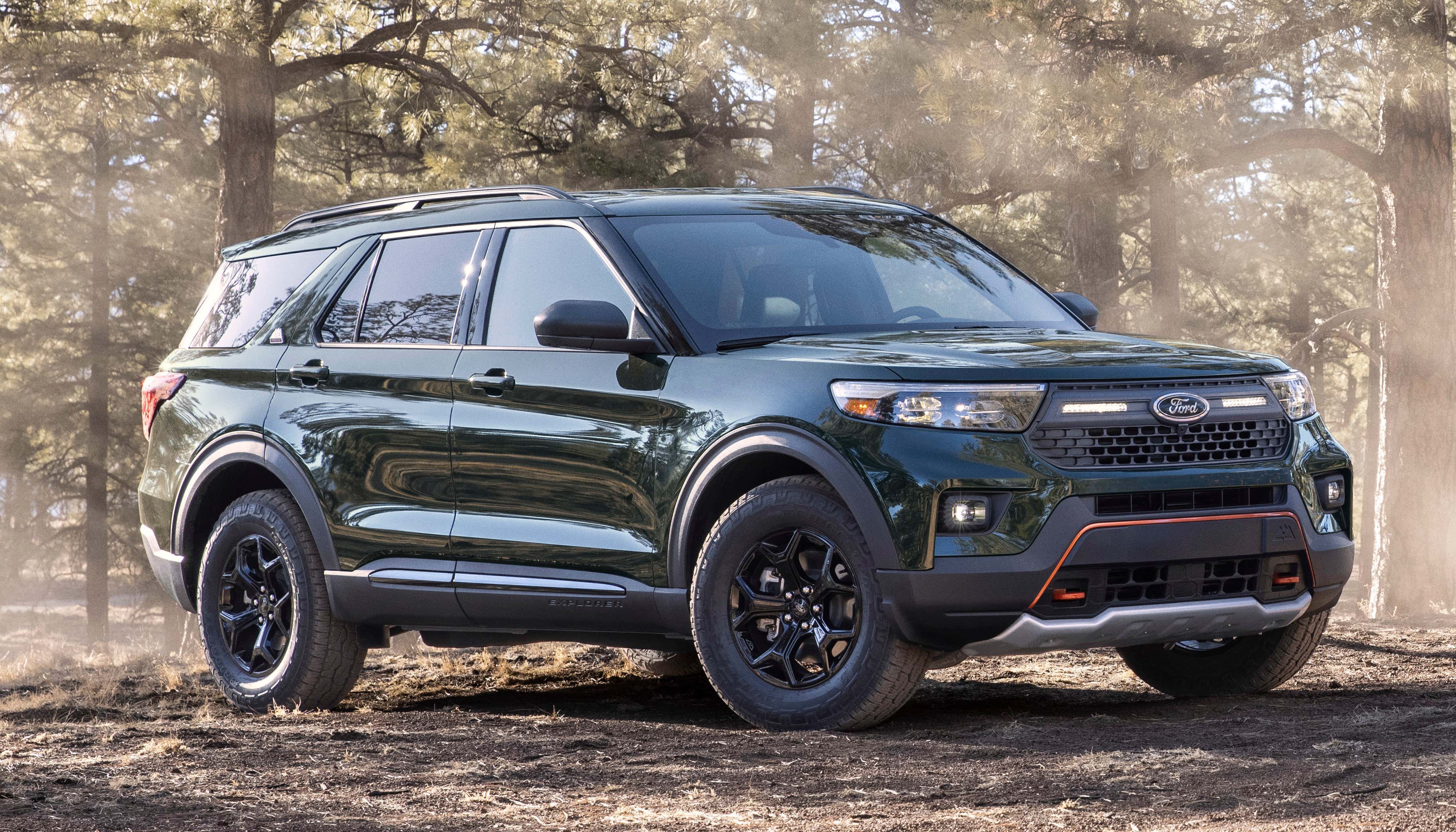 The Ford Explorer Timberline mentioned by Morrison. This author would like to contend that those tow hooks are painted not red, but orange.

The diatribe wasn’t over, with Morrison using press photos of the Trailhawk as visual aids. Regarding a picture of the Trailhawk climbing a steep desert slope, the Jeep boss reportedly stated “The Timberline would have made it to about there. That’s a 65 grade incline, and it wouldn’t have made it by there.” Without pictures or video footage of the interaction, The Drive cannot comment on the veracity of these claims, but it seems clear Morrison felt that he had a serious point to prove.

It’s not Morrison’s first swipe at Ford, either. The Detroit News quoted the Jeep boss in September making light of the company’s ongoing issues with the new Bronco’s roof. Noting the inclement weather at a Detroit 4×4 event, Morrison quipped that “It’s going to rain on Saturday, so I don’t think there will be any Broncos here this weekend.” 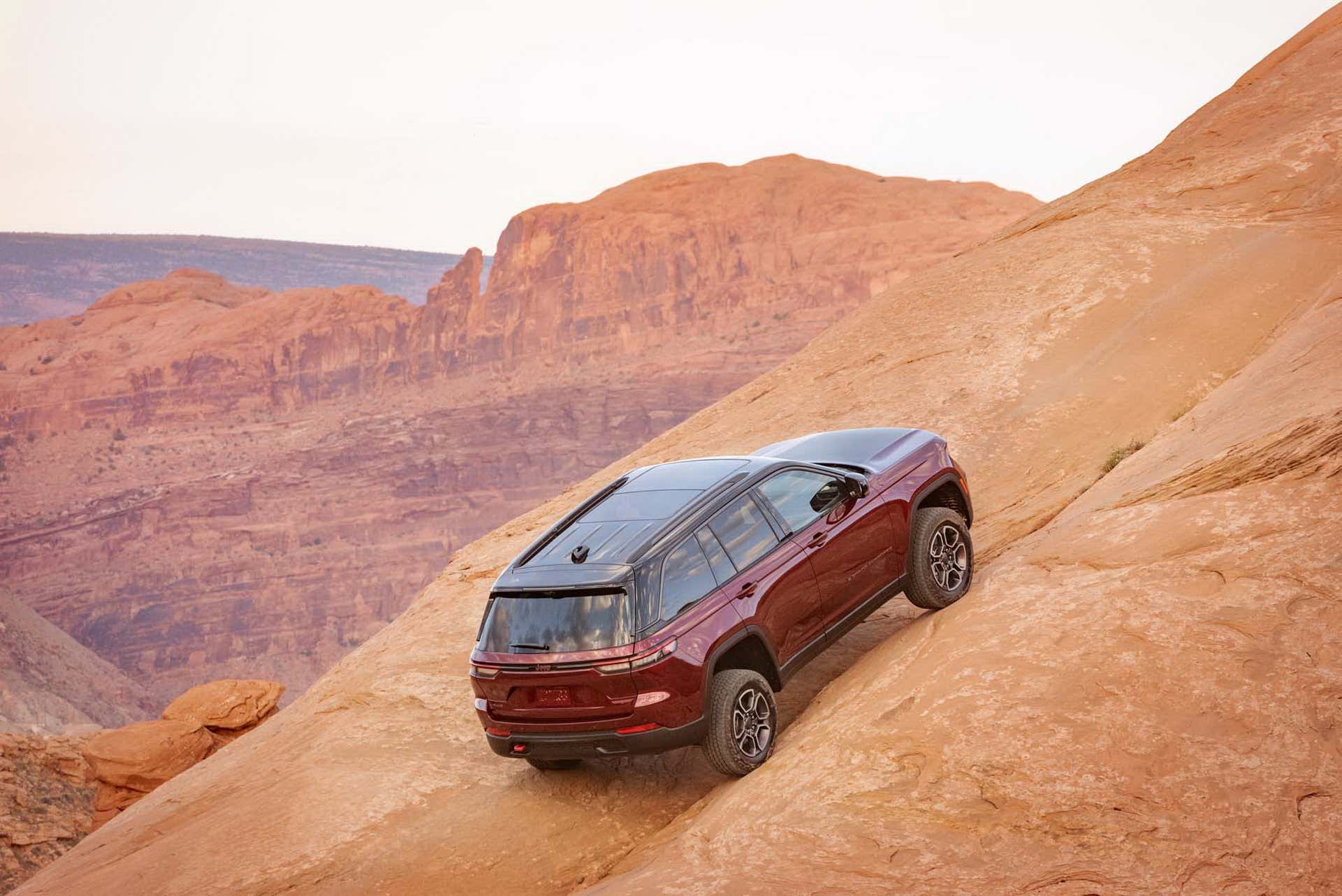 A photo of the new Jeep Grand Cherokee, though it is unclear whether this is the image referred to by Morrison.

Typically, automakers and their representatives prefer to focus on the merits of their own product. It’s rarer to see them denigrating vehicles from their rivals. At best, we hear terms like “best in class” and “category-leading” used to highlight positive features. Outright stating another company’s vehicles aren’t up to scratch is a fairly negative approach, and one that can reflect poorly if not delivered well. The fact that multiple outlets have covered Morrison’s statements highlights just how out of the ordinary this is.

Given the flood of competition into the off-road space, it’s understandable that Morrison may feel under pressure. Evidence like leaked dealer information sheets and The Drive’s own conversations with the Jeep boss indicate that at the very least, the company is well aware of the challenges it faces. “I’m always worried about competition. I wake up worried about competition.” said Morrison when quizzed about the Bronco in July.

The Ford Bronco has been making big headlines this year, and companies like GM, Honda and Subaru are all developing their own rugged models. Jeep will have its work cut out to maintain market share in an increasingly crowded segment. Whether or not a few harsh words will shift buyer sentiment is a vexed question.

Thus far, we haven’t seen too many other auto executives keen to respond with invectives of their own. Keep your ear to the ground, because we may yet yet be further barbs to come.