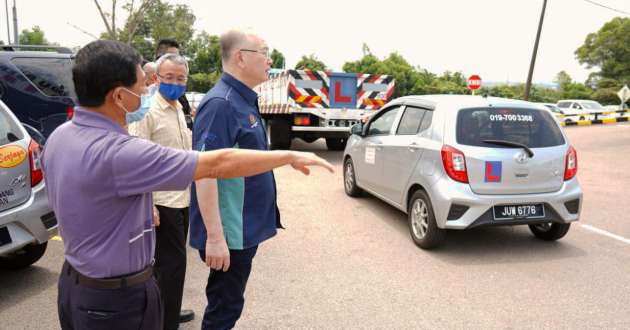 Transport minister Datuk Seri Wee Ka Siong has instructed the road transport department (JPJ) to clear the backlog of candidates waiting to take their driving exams. This comes following Wee’s surprise visit to the Berjaya Driving Institute in Johor Bahru yesterday, which was posted to his official Facebook page.

In the state of Johor, Wee said there were currently 3,639 candidates waiting to take their driving exam, but there were only 1,518 certified driving instructors. “For members of the public who intend to take their driving exams, the waiting period is approximately two to three months. The slightly longer waiting period has an impact on the public, especially those who want to take the driving test immediately,” he said in his Facebook post.

Wee also noted the same situation is happening in the Klang Valley, and that immediate action was necessary. “Therefore, in order to solve this issue, yesterday, while chairing the post-Cabinet meeting of the transport ministry, I instructed JPJ to deal with the issue of candidates piling up or ‘backlog’ immediately,” he wrote.

The transport minister said his ministry and JPJ would conduct on-ground monitoring to gain insight from stakeholders and the public in an effort to resolve the matter. An announcement regarding a holistic solution to tackle the matter will be made in the near future, Wee said.