Elon has left California for Texas and Ford has revived its historic Rouge complex for electric trucks. Tech has left California in droves as well, including giants Oracle and Hewlett-Packard. According to CNBC, in 2020 over 135,000 more people left California than moved there, which is the third-largest net migration loss ever recorded for the state. Karma Automotive, however, wants you to know not only are they based in California, it’s also manufacturing cars in the Golden State. In fact, it’s ramping up production, and Karma is hitching its wagon to the new GSe-6, which is priced tens of thousands of dollars less than other Karma vehicles. The plan, it appears, is to sell more cars at a lower price and get more on the road.

Google Karma Automotive and one of the questions that pops up quickly is “Is Karma still in business?” Yes, this is the same Karma snapped up at a bankruptcy auction by Chinese auto-parts company Wanxiang Group in 2014. Karma started building the Revero in 2016 at its new factory in Moreno Valley, California, and made some progress in fits and starts but went through a rough patch at the end of 2019. The brand started its recovery process in July of 2000 with a $100 million cash infusion, Bloomberg reported last summer. It’s fortuitous timing for Karma, which seems to be rolling in some momentum at the same time that the entire industry is professing its love for hybrid and electric powertrains. 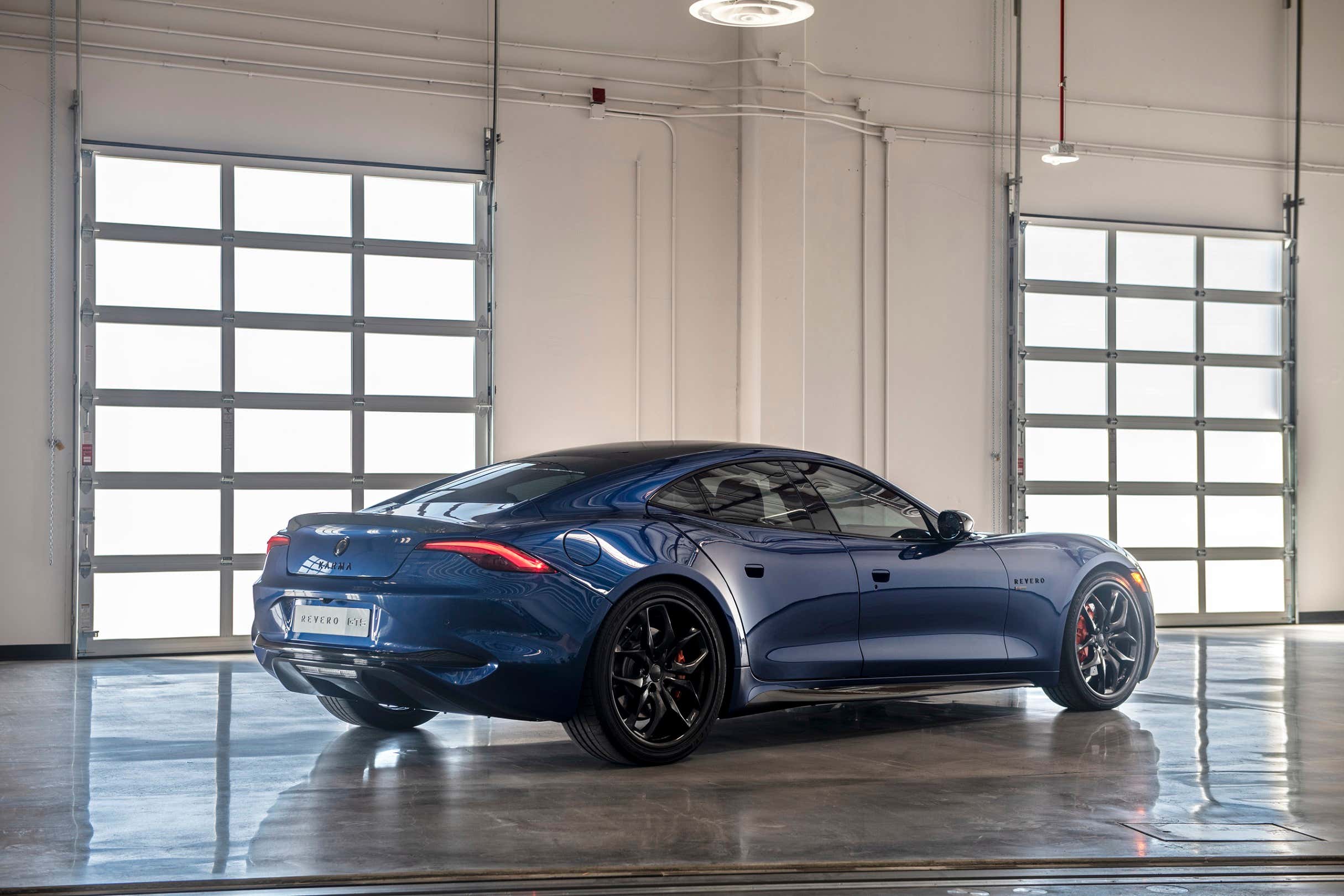 Its newest sedan, the Karma GSe-6, was announced in October and will carry a lithium-ion battery that will have the same 300-mile range, but all-electric. Manager of Training, Publication, and Warranty John Albinson gave me a sneak peek of the GSe-6 on a video call with the Texas Auto Writers Association group this week. It has that distinct Karma design DNA reminiscent of the mind of Henrik Fisker, the creator of the Fisker Karma launched in 2012 and designer of the Aston Martin DB9, BMW Z8, and other luxury cars.

The nose on a Karma arrives long before the rest of the body, à la Cyrano de Bergerac. If Cyrano had a glorious fiberglass protuberance, that is. Karma’s Revero GT is sleek, with a hand-painted badge and a dual-pane grille that looks like a villain from the age of silent films. An inline three-cylinder BMW turbo engine powers the battery, which the brand claims 50 miles of all-electric and a total range of 300 miles. The big news on this vehicle is the price, which at $79,900 is considerably less than the $144,000 Revero GT. According to Jeff Holland with the brand, Karma sees itself moving from the realm of the exotic to the premium, somewhere in the vicinity of Rivian on the electric side and Lexus, Infiniti, and Acura on the upscale side.

The customer profile is shifting as well, from a buyer in the early-60s, affluent, married with adult children and an income of about $350k… to adults in their 40s, small children, and they’re looking at a Karma for primary transportation. Before, the brand would have been competing against Aston Martin, Porsche, Maserati, and BMW; now they see themselves in the same race as the Lexus RX or Jeep Grand Cherokee.

Rumors are swirling about an electric truck and an SUV in the works as well. Karma wants a piece of the booming SUV market.

“The crossover market is something like 70 plus percent,” said Holland. “We’d be stupid to not look into that; expect to hear something fairly soon.”