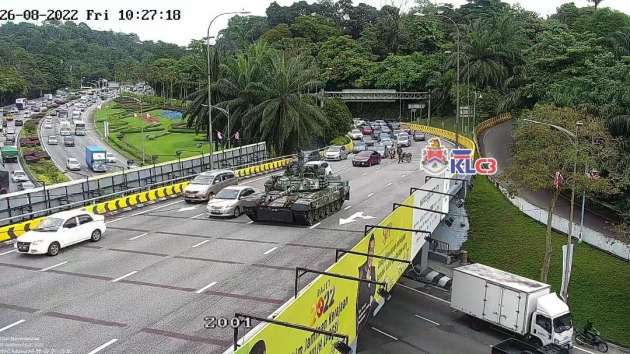 Heavy vehicles breaking down on city streets and causing traffic jams are a relatively common sight, so much so no one bothers taking a second look. This one, however, was definitely worth more than a passing glance to those driving past it, because it’s not something you see every day.

Earlier this morning, a Malaysian Army main battle tank broke down along Jalan Damansara, at the slip road near Carcosa to Kuala Lumpur Sentral. The incident was reported by DBKL’s Kuala Lumpur Control and Command Centre via its Twitter account. 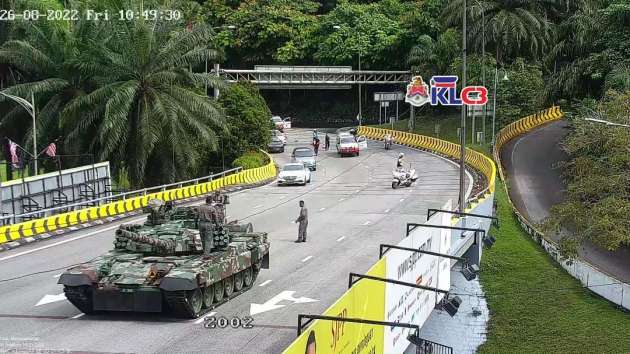 The Polish-built PT-91M Pendekar MBT, of which the armed forces has four dozen units of, broke down on the bridge section of the slip road, effectively blocking the second left most lane. While it’s definitely not common to have tracked heavy armour running on civilian roads, such practice is permissible (with careful driving), and according to reports, the tank was being used for the Merdeka parade rehearsal that took place in the morning.

It was also reported that the 46 tonne vehicle had been securely removed to a safe location, likely through the use of a military low-loader, or tank transporter. It wasn’t revealed if the operation needed the assistance of a recovery tractor to winch the disabled tank on board, or if it managed to get on under its own power.