Honda, which already makes some very nice jets, along with cars, motorcycles, and string trimmers, is going into the helicopter business. But not just any helicopter, an electric helicopter.

The eVTOL chopper uses eight relatively small spinning propeller blades to raise it up, then two pusher props and a wing structure to fly forward. Passengers sit in a longish pod suspended by the structure to which the eight propellers are mounted. Power comes from a hybrid-electric setup wherein a turbine engine keeps the batteries charged. On pure electricity the Honda hopper can go 100 miles, with the turbine going it can fly for 400. 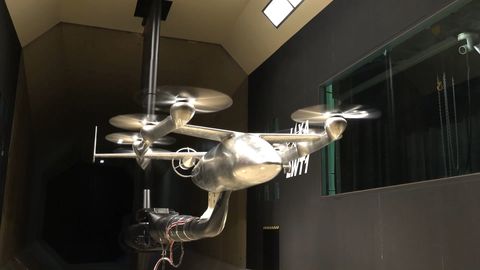 “Adoption of the hybrid power unit enables the extension of range, which will enable Honda eVTOL to provide inter-city (city-to-city) transportation, where the market size is expected to grow in the future,” Honda said. “Honda will create a new ‘mobility ecosystem’ featuring Honda eVTOL at its core, connected with mobility products on the ground.”

The mobility products on the ground appeared to be wheeled autonomous transport pods, though not much about those was said. A video showed a guy on Cape Cod who has a meeting in New York City, so he summons a Honda mobility product to his door, it takes him to Cape Cod Airport, where he boards his Honda eVTOL aircraft for the short ride into the city. The dude is back on the Cape in time for dinner. 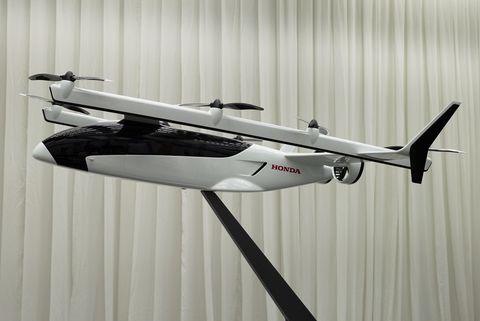 And lest you start claiming these contraptions will be “too @#$%^&* loud,” Honda claims that with smaller-diameter rotors that have lower propeller speeds out at the tips, that noise won’t be so bad. And safety?

“In addition to clean operation realized by electrification technologies, eVTOL features safety at a level equivalent to that of commercial passenger airplanes realized by its simple structure and decentralized propulsive system and quietness due to relatively small diameter of rotors. This makes it possible for eVTOL to take off and land in the middle of a city without causing noise issues. Because of such features, the development race for eVTOL aircraft is getting increasingly vigorous. However, all-electric eVTOL aircraft face a range issue due to limited battery capacity, therefore the realistic use area is limited to intra-city (within a city) transportation.” 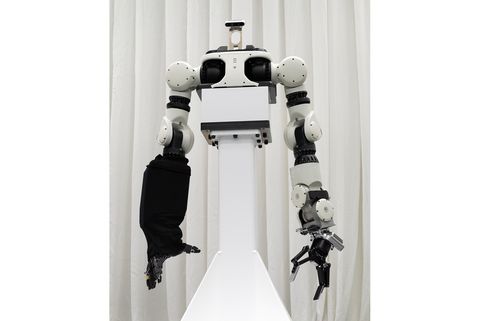 Then, the robots will come.

“Striving to expand human potential and make people’s lives without constraints and more enjoyable, Honda has been continuously working on robotics research, including the research and development of its bi-pedal robot ASIMO,” Honda said. “As a part of next-generation Honda robotics, Honda is pursuing development for the practical applications of Honda’s original avatar robot to expand the range of human ability virtually without the constraints of time and place.”

And then they strangle you in your sleep. Ha ha, just kidding. They would never do that. (Or would they???) 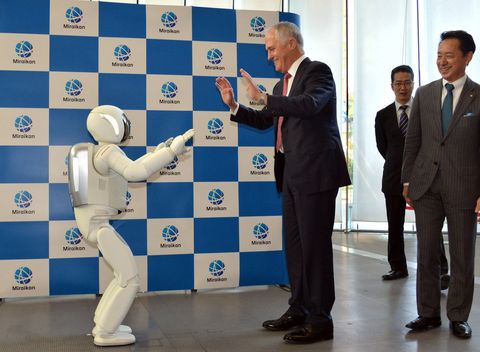 Called Honda Avatar Robot, the Avatar in the name means the robot can be somewhere else and you could control it from your home or office. Or even from your Honda helicopter. Right now research robots are working on opening a can of Coke and twisting off the lid of a jar, but future uses are limitless. One application is as a medical presence on scene to render aid to heart attack victims or others in need of a doctor. The medical professional could go online and then examine the patient via the avatar robot. Imagine the day that a real Honda engineer could diagnose the timing trouble in your K20!

After that, Honda starts sounding more and more like a Bond villain, as the plan is to have Honda-powered moon bases, with Honda fuel cells converting power and Honda robots performing tasks.

“As international momentum for expanding the range of human activities outside the Earth continues to grow, Honda began initiatives to strive for the expansion of human activities and development on the lunar surface,” Honda said. “It is said that there is water on the Moon, and various possibilities for the use of water may open up are attracting attention. Honda is conducting a joint research with the Japan Aerospace Exploration Agency (JAXA) with a goal to build the circulative renewable energy system on the lunar surface by leveraging fuel cell technologies and high differential pressure water electrolysis technologies Honda has amassed to date.” 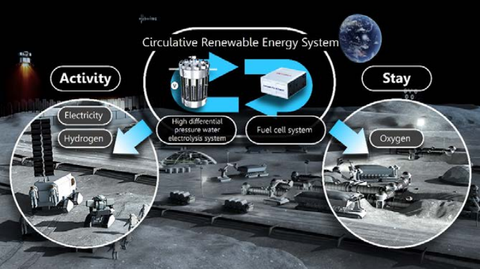 And outside that Honda-powered moon base? Moonbots!

“Remotely controlled robots on the lunar surface, which can minimize the risks astronauts will be exposed to and enable people to virtually enjoy the experience of being on the Moon from Earth, Honda is expecting to apply a number of its core technologies. This includes the multi-fingered robotic hand technology and AI-supported remote control technology being developed for the Honda Avatar Robot and the highly-responsive torque control technology for collision mitigation.” 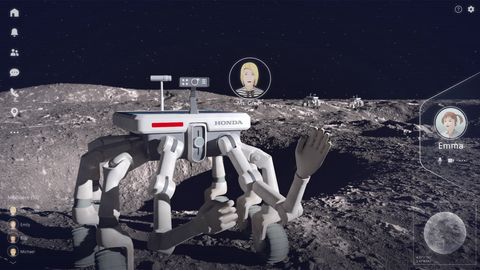 To get to the moon, and presumably back, Honda is working on reusable rockets. There’s a market demand, Honda said.

“Currently, there are not enough rockets available to meet demand for satellite launches,” Honda said. “To address this issue, Honda is developing a small rocket with a goal to use it as a launch vehicle for small low-earth orbit satellites. Moreover, Honda is conducting research with an assumption to make its rocket ‘reusable’ by enabling at least some of the rocket components to land back on earth after the launching. For this challenge, Honda will strive to utilize control and guidance technologies Honda has amassed through the development of automated driving technologies.”

Why not just take all that R&D money and make cheaper CR-Vs?

“All of the initiatives we introduced today are for the challenges Honda takes on in new areas, but the underlying passion of Honda to use our technology to make people’s lives more enjoyable remains unchanged,” said Keiji Ohtsu, president and representative director of Honda R&D Co., Ltd. “Ever since the company’s founding, the wellspring of Honda’s challenges has always been the people at Honda who generate original technologies and ideas. Through the creation of new mobility, Honda will continue striving to change the value people place on mobility and make positive changes to our society.”

Helicoptors, robots, moon bases, and rocket ships—share your thoughts on Honda’s ambitious plans to develop such a wide range of technologies in the comments below.