Until it was shut down by COVID-19, Tesloop offered one-way Tesla rentals between Los Angeles/LAX, San Diego and Las Vegas. And that meant their Tesla fleet accumulated tremendous odometer mileage. How about 401,000 miles on a Tesla Model X?

Will electric cars, which have fewer moving parts and need far less day-to-day maintenance than their internal-combustion counterparts, rack up tremendous mileage at low cost? “It’s hard to say,” said Gabe Shenhar, associate director of the auto test program at Consumer Reports. “Modern EVs have been with us only since 2011, so there isn’t enough real data on that.”

Veteran mechanics who worked on pre-1975 cars say their engines were generally near the end of their lifespan at 100,000 miles, at which point they were probably rusty, too. Today’s cars are much better, with 150,000-mile cars displaying minimal decay and still having plenty of life left. But EVs may be even longer-lived.

One CR estimate said EVs might be good for 200,000 miles on their original batteries. But that’s existing technology. The new chemistries some automakers are working on could result in batteries with million-mile life. 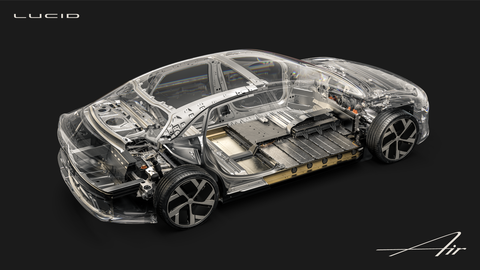 Eric Bach, vice president of hardware engineering at Lucid, pointed out that the forthcoming Air has a battery warranty of up to 150,000 miles, but the actual mileage life expectancy of the vehicles are much higher and depend on the use or abuse conditions. “Typically,” he said, “high-mileage vehicles show wear and tear on the internal-combustion drivetrain, as well as chassis and Interior components. Electric powertrains, such as that of the Lucid Air, are inherently more durable and could likely even drive a million miles if treated well and maintained.”

EV advocates are bullish about the durability of current technology. According to Joel Levin, executive director of Plug In America, “For modern long-range EVs with more than 200 miles of range, the battery will probably outlast the rest of the car unless he or she is a very heavy driver. A typical U.S. car is driven for 10 to 12 years, depending on the state, and the battery should outlast that. I almost never hear about people replacing batteries except in the very rare case of a manufacturing defect.”

At this point, most of the high-mileage EVs are Teslas—in part because the company’s Supercharger network (with free unlimited usage for some owners) encourages long-distance travel. And the cars are in fleets—even operating as taxis in places like Holland, Germany and New York City. German owner Hansjörg Eberhard von Gemmingen’s 2014 Model S P85+ was reported last year to be closing in on 750,000 miles, albeit with several motor and battery replacements.

Arizona-based Steve Sasman definitely put his early 2012 Model S P85 to work, renting it out hundreds of times at TeslaRenter.com, driving it for Uber and Lyft, and taking it on two 48-state road trips. When he sold it in the summer of 2019 there were 214,072 miles on the odometer, but new owner Brian Kent is also a long-distance traveler and has since taken it past 320,000. Sasman said the car had two battery pack replacements and two motors, all replaced under warranty. “It was the first year for Tesla building these things,” Sasman said. “I didn’t expect the car to have perfect batteries.”

Sasman’s total out-of-pocket in repairs for the first 200,000 miles was $5,415, including $700 for a first brake job at 130,000 miles—regenerative braking is a pad-saver. Sasman is currently Tesla-less, though a Model Y is on order. Would he consider switching to another brand? “No, because I do a lot of road trips and the Tesla ecosystem with the Supercharger network is unbeatable,” he said. “I need charging that’s good, plentiful and reliable.” 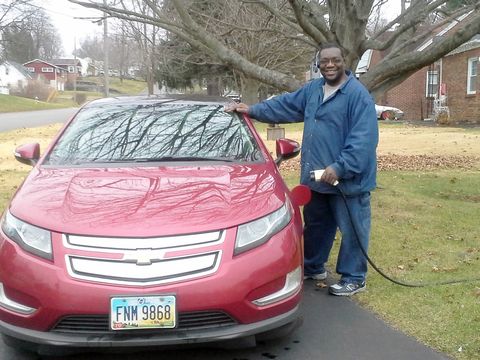 Other owners have racked up some impressive mileage with their cars. Erick Belmer, an Ohio-based industrial mechanic at General Motors, put close to 477,000 miles on “Sparkie,” his 2012 plug-in hybrid Chevrolet Volt, before selling it. At 468,000 he was getting “service high voltage charging system” messages and was running it as a gas car, but its original battery pack was under the hood. “It also had its first brake job at 423,000 miles,” said Belmer, who accumulated most of his miles on a daily 220-mile commute.

“There was hardly any maintenance on my Volt,” Belmer said. “Every 40,000 miles, it needed an oil change. The Volt is an over-engineered vehicle, perfect for my lifestyle. I miss ‘Old Sparkie.’ It was the best vehicle I owned by far.” Unfortunately, Belmer ran over a semi-truck tire that almost totaled the vehicle in 2017. Otherwise, he expects he would still be driving it today.

Getting to a million miles—as only a select few cars have ever done—is an actual goal for EVs equipped with next-generation batteries. “There are many Bolt EV customers who have logged more than 100,000 miles with their vehicles on the original battery,” said GM spokesman Phil Lienert. “We’re seeing this with hundreds of Bolt EV customers, and our data shows that million-mile battery life is achievable with our next-generation Ultium batteries.” 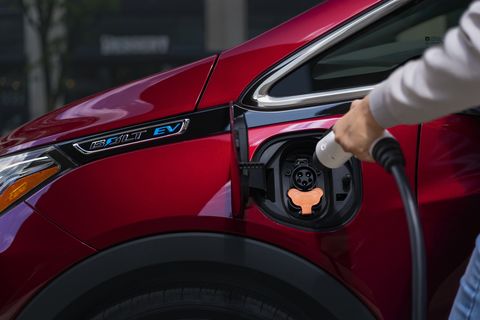 That’s seconded by Tim Grewe, GM’s global electrification and battery systems director, who’s said, “We do have million-mile battery life, especially in shared mobility usage, in our sights and are getting great results when it comes to that.” GM’s nearly three-million-square foot Ultium battery cell plant under construction in Lordstown, Ohio, will use using technology developed in a joint venture with Korea’s LG Chem.

Tesla has also talked about million-mile-plus low-cobalt batteries (with results from lab tests), though CEO Elon Musk’s comments on Battery Day last September focused more on technology that could halve battery costs per kilowatt-hour. One result, Musk said, could be a “compelling” and fully autonomous $25,000 EV in just three years.

Other automakers are being more cautious. Jeff Wandell, manager of EV communications at Nissan, said, “We have seen many stories of customers who have traveled more than 100,000 miles in their LEAFs with minimal maintenance. I can’t put an exact number on how many miles we expect someone to be able to drive on their battery pack however, as there are many factors that go into that situation.”

Franz Tost calls for F1 tyre blankets to be ditched 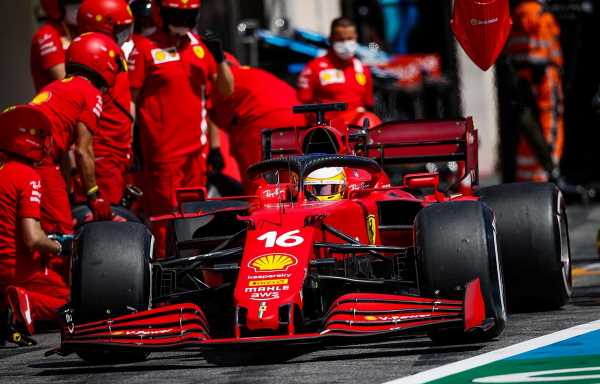