About 40 miles south of Las Vegas, an annual off-road spectacle pits hundreds of race teams against each other on a 400-mile racecourse in the middle of the desert. Revived in 2008 after a two-decade hiatus, the BFGoodrich Tires Mint 400 earned its place in pop culture as a setting in Hunter S. Thompson’s novel Fear and Loathing in Las Vegas. In real life, “The Great American Off-Road Race” is less hallucinogenic but possibly even dustier than described, with roars of crate LS3 engines taking over every conscious thought.

If you were to venture out into the Mojave Desert near the course about a week before the event, you would have seen junked cars riddled with bullet holes from target practice, abandoned camp sites, food wrappers, and other pieces of trash littering the landscape. After the race, you’d find the entire area cleaner than it was before, and the organizers of the Mint 400 have everything to do with that: this year during its Desert Cleanup day, dozens of volunteers worked with Republic Services to collect and haul away an astonishing 16.41 tons of trash. 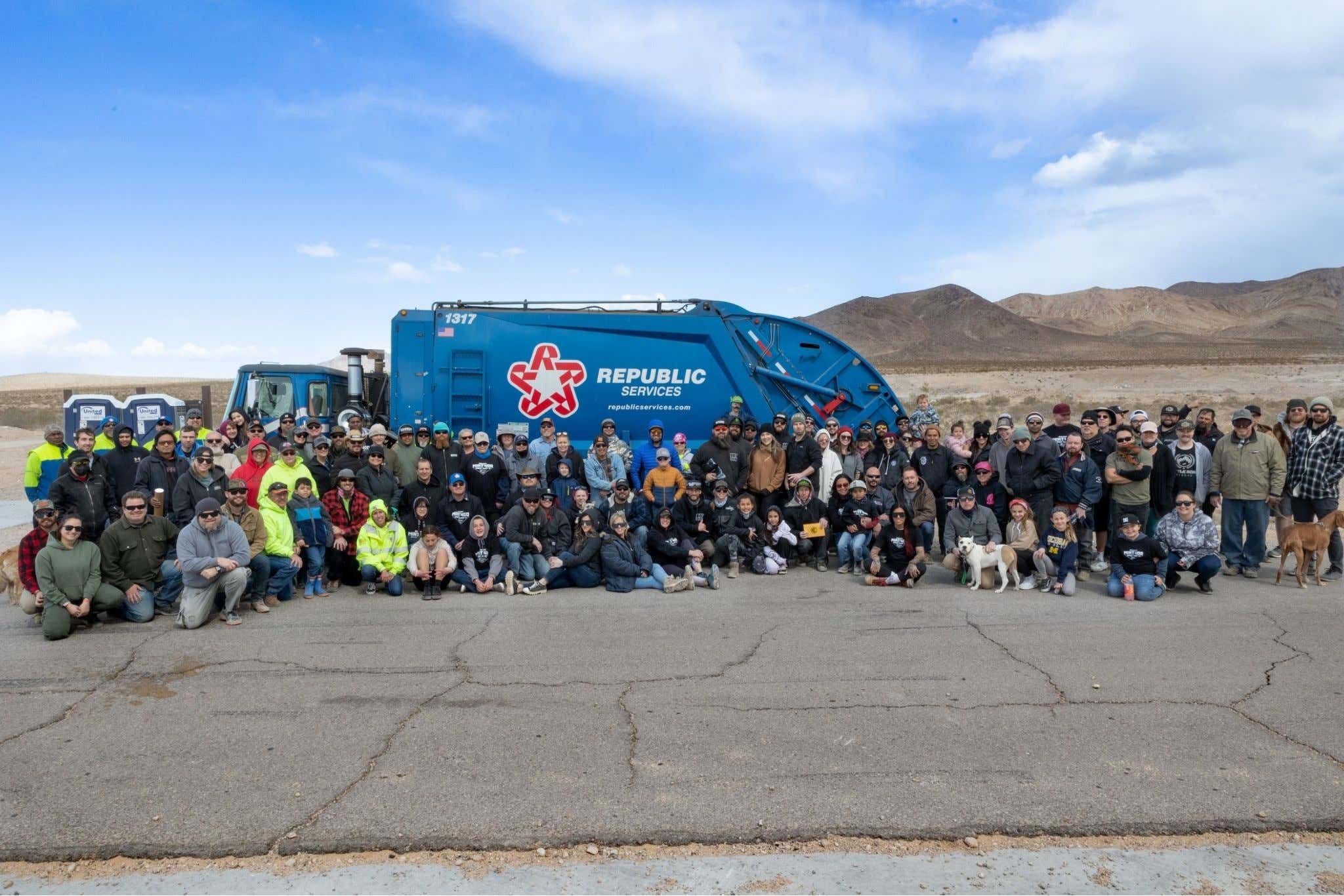 CEO Matt Martelli told me on site that sustainability efforts have become an essential part of his team’s planning. He works closely with the Bureau of Land Management to ensure both the legacy of the race and the enjoyment of these public lands for generations to come.

“We have a fantastic relationship with the Bureau of Land Management,” Martelli said. “Before we got involved, there was a large area that was going to be shut down and taken away from us. What we found out is that they just wanted people to be responsible; this is such a beautiful and important area. If you go right behind these mountains, there are herds of big horn sheep, coyotes, mountain lions; it’s really such a diverse ecological area.”

Permitting costs top out at about $150,000 for a 48-hour closure plus prep and cleanup time, and Martelli believes the investment into maintaining the desert and ecological awareness is well worth it. 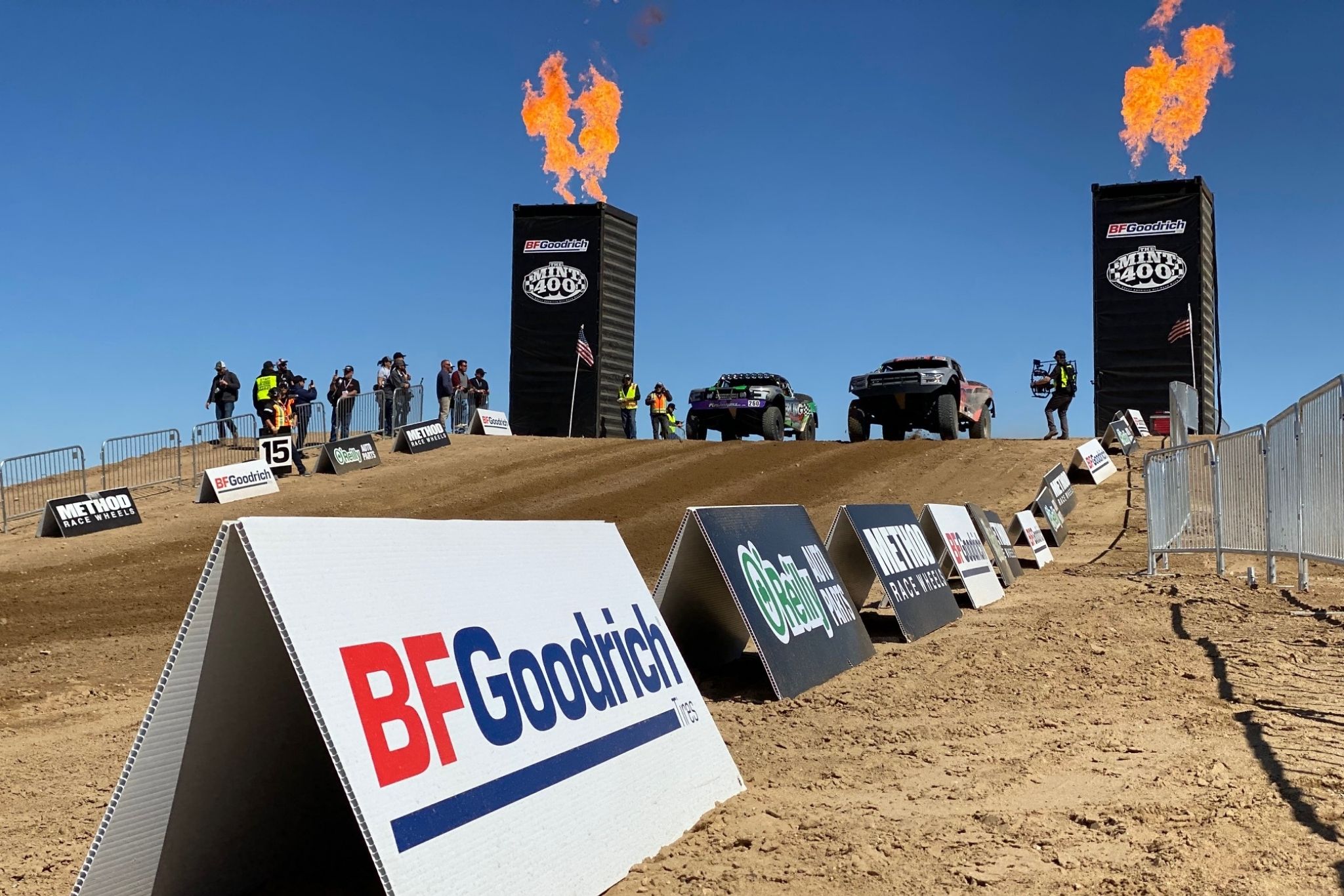 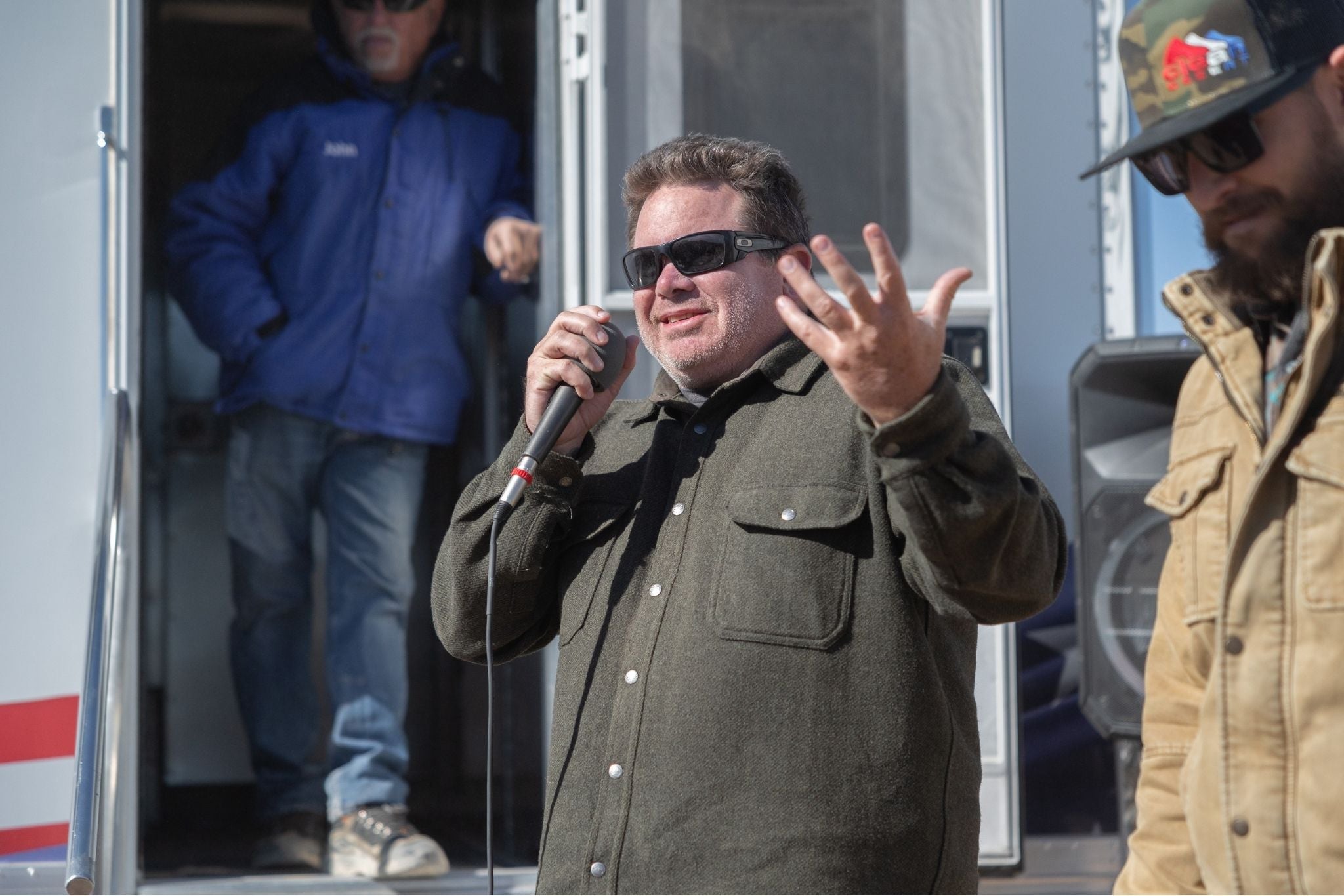 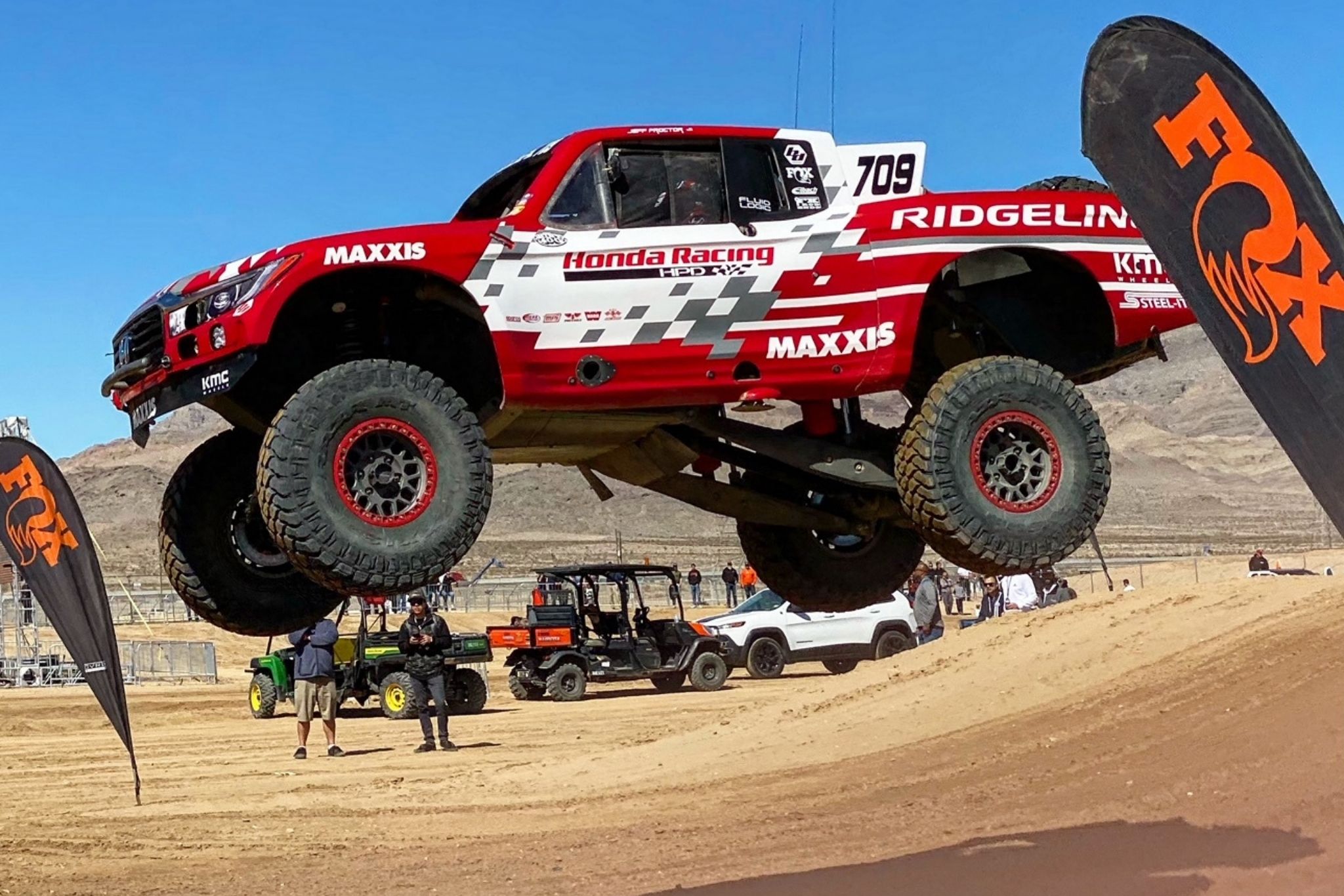 “It’s fun to race on a course that is beautiful and challenging,” he said. “There’s an area near San Diego that is way overused called Plaster City and it just sucks to go in there; it’s like the surface of the moon; all the vegetation is dead. We want to make sure this area never turns into that.”

The BFGoodrich Tires Mint 400 and Republic Services first partnered in 2017 with the Dash for Trash, during which volunteers collected and removed 14.54 tons of trash from the desert. That partnership became the Mint 400 Desert Cleanup in 2018, and the numbers of volunteers and trash removed continues to grow.

At the same time, Martelli and his leadership team research the flora and fauna of the area to figure out how they can keep the land from experiencing the effects of overuse. Even though the Mint 400 only lasts a few days and individual off-roaders have a much bigger impact during the rest of the year, Martelli wants to leverage his organization for good as much as he can. 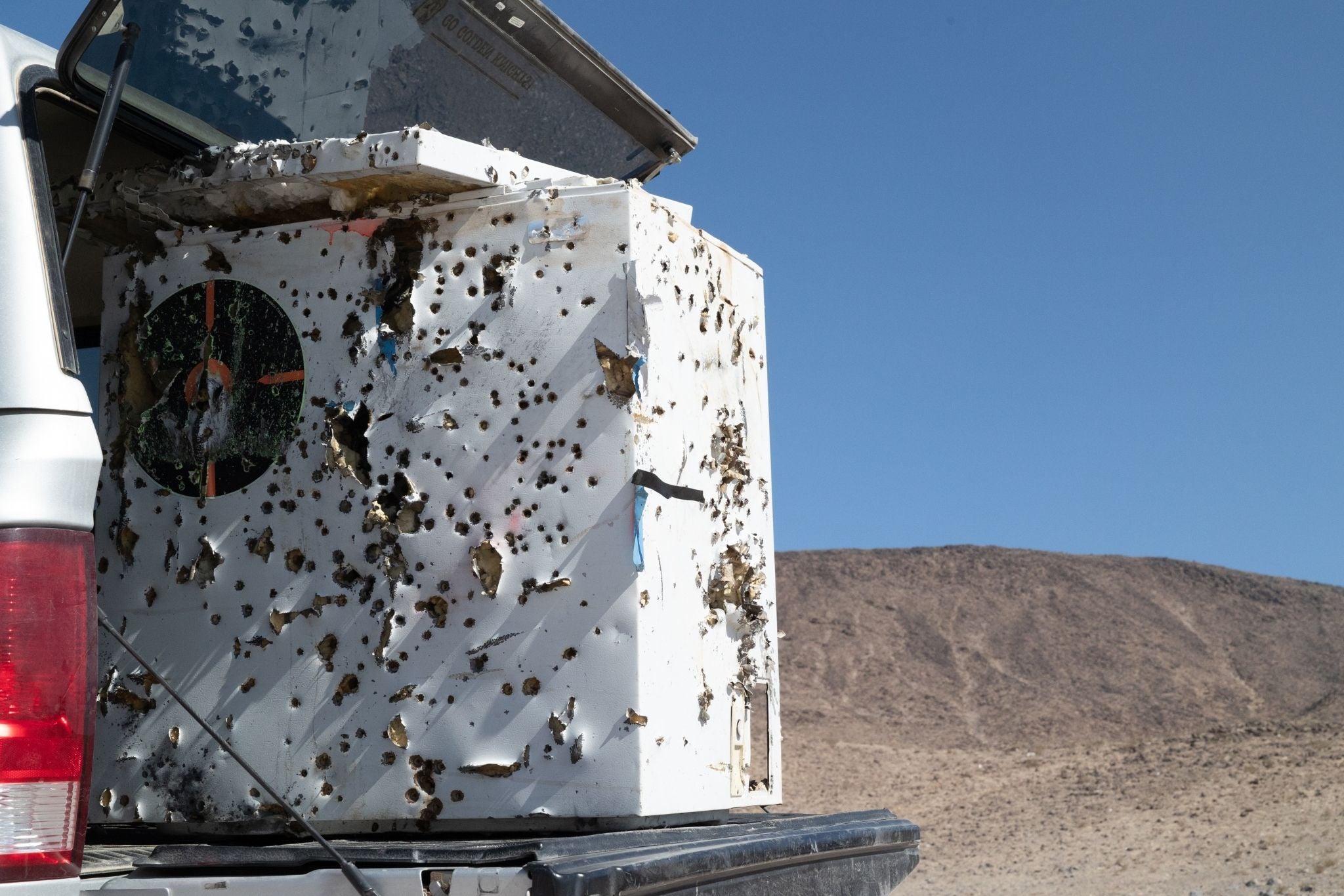 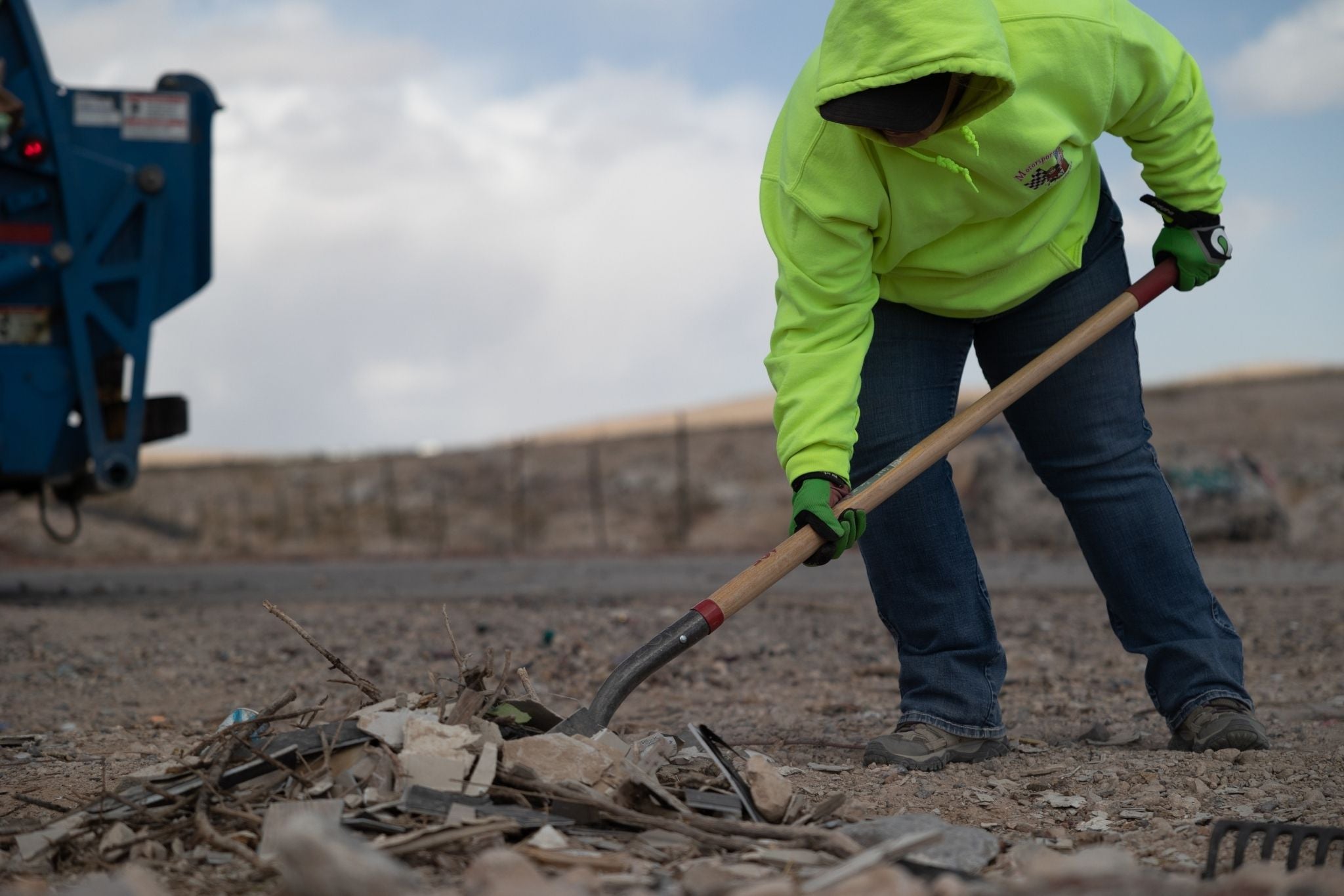 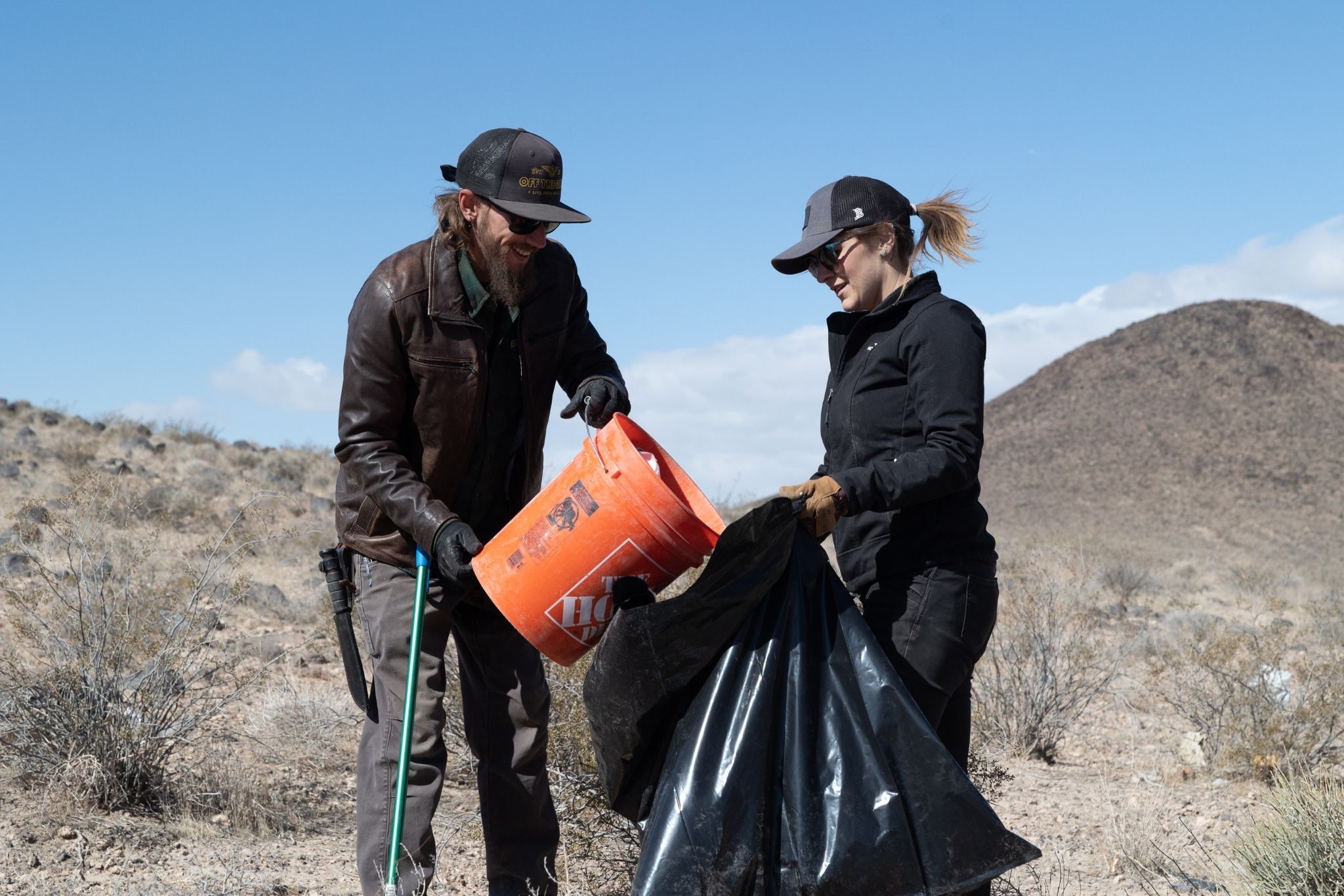 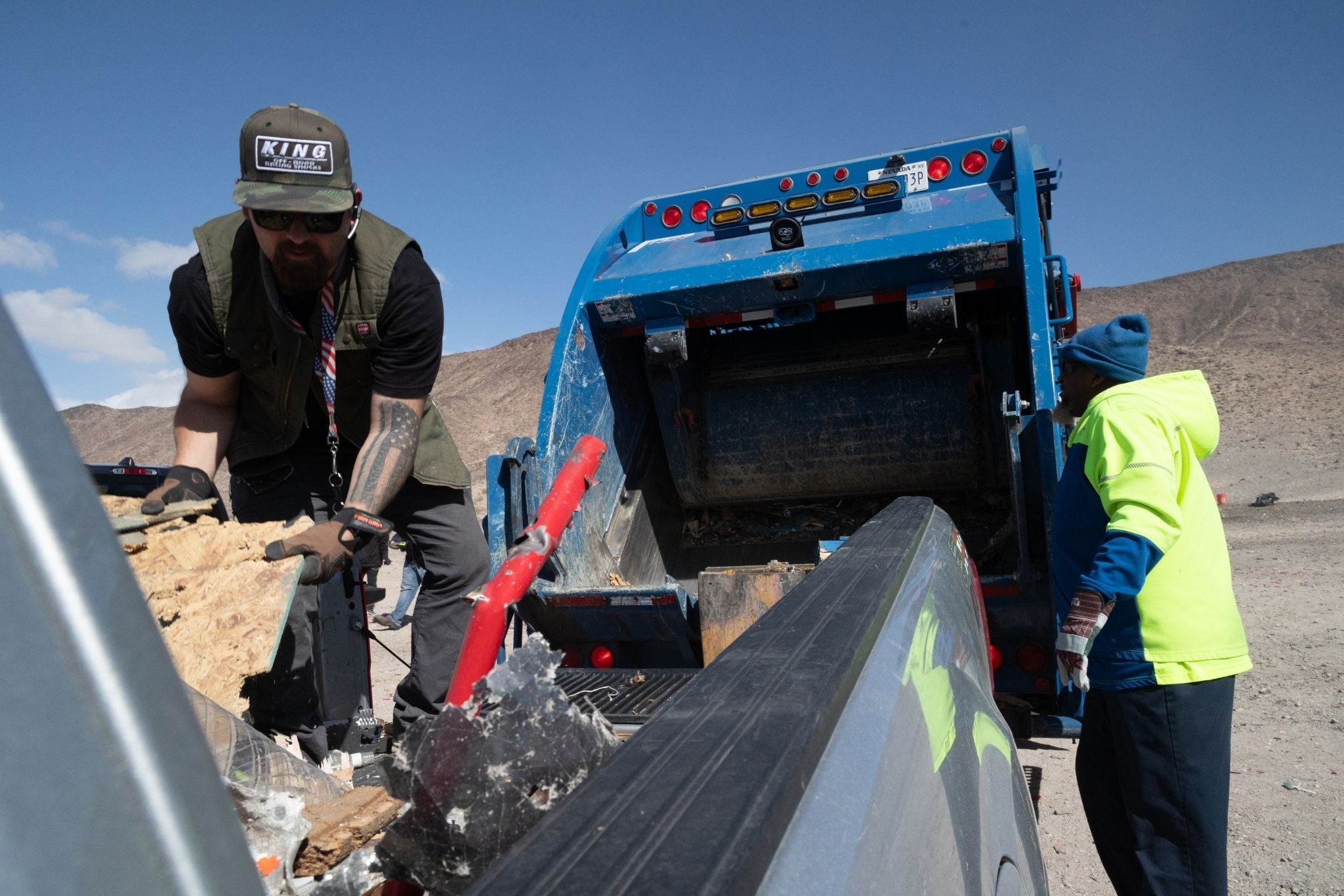 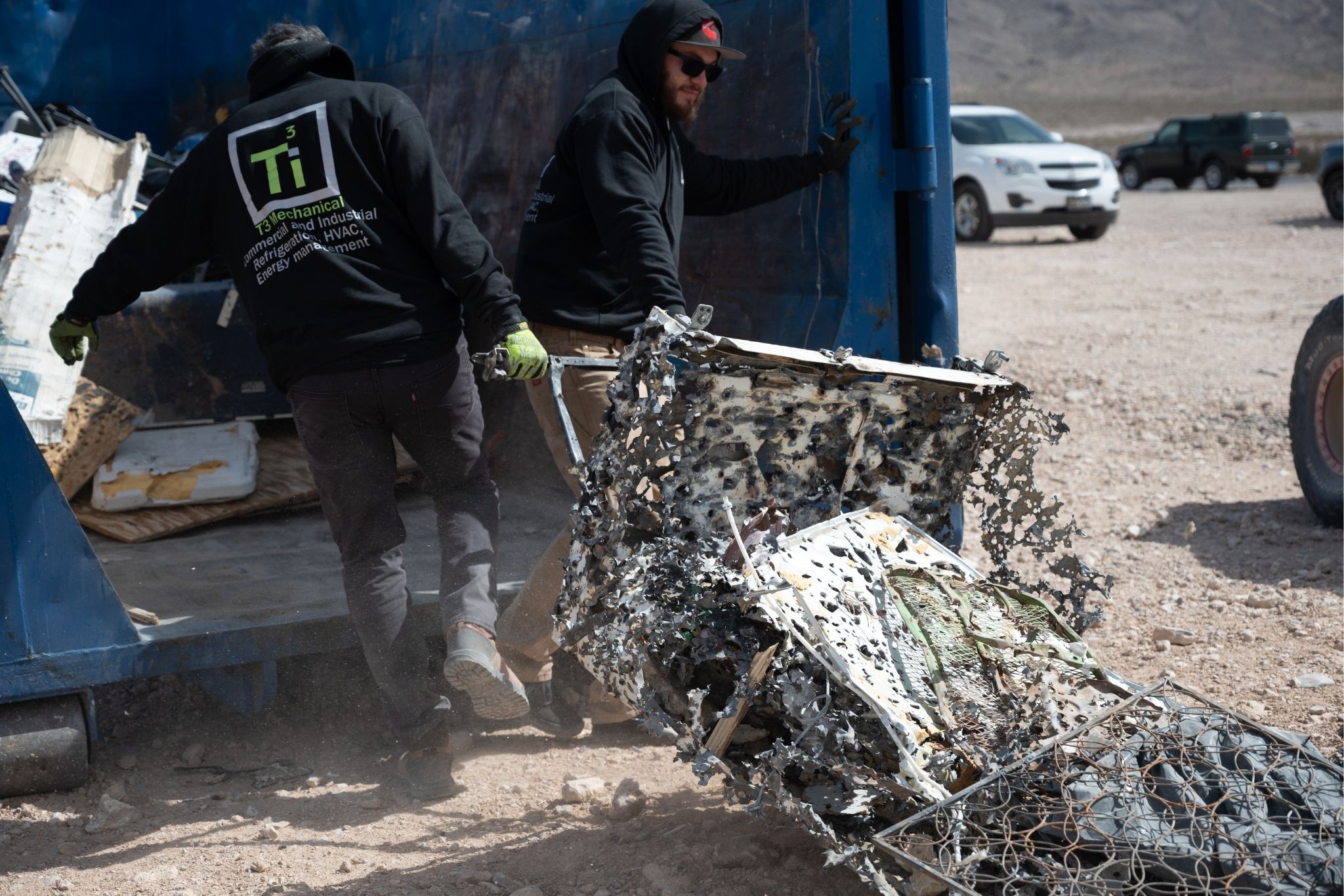 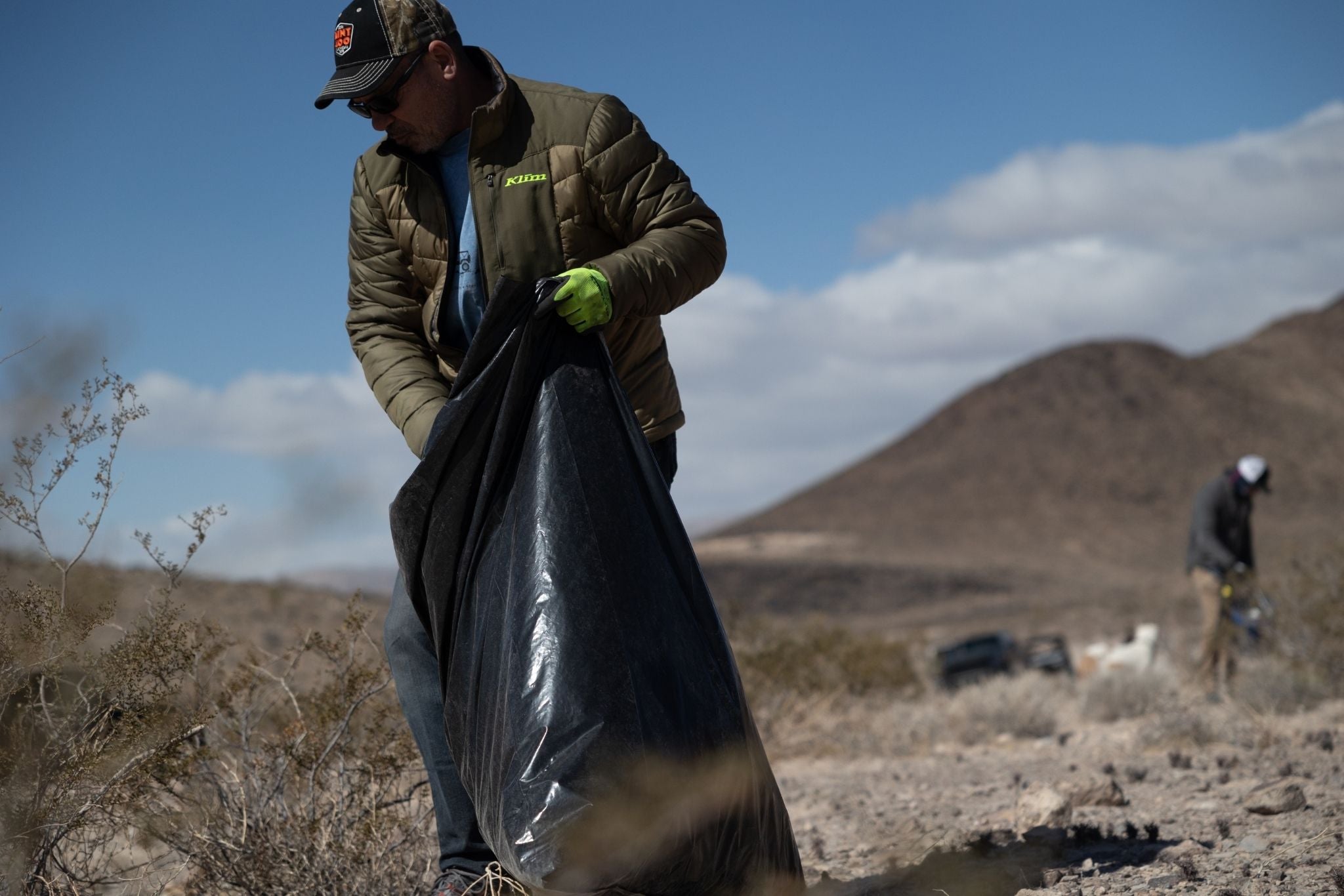 “The idea of being an off-roader is to go off road,” he said. “It’s to get away from the city and away from human beings and get into nature, the same as a hiker would. I don’t want to get out in the middle of nowhere and see garbage, so we pick up other people’s trash. The trash ruins the experience.”

The Mint 400 site says the majority of trash left behind in the area is a result of illegal dumping, and recreational shooters use the trash for target practice, which creates toxic micro-waste. Martelli and his volunteers can’t stop that, but they can help clear away what they can, and hopefully encourage others to be more responsible.

“We’re tree huggers at heart,” Martelli told me. “There has always been this stereotype of off-roaders being damagers of the environment, and that’s not us.”

After attending the BFG Mint 400 for the first time this year, I can’t wait to go back! Sign me up to collect trash, too; it’s a noble initiative and one I hope more people pay attention to when they go off-roading on their own.