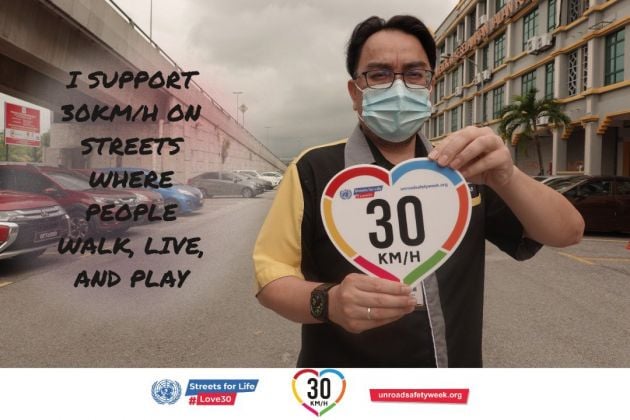 The Malaysian Institute of Road Safety Research (Miros) is working on a proposal to reduce the speed limit in several areas in KL city centre, from 50 km/h to 30 km/h. The proposal will be presented to DBKL next month, according to deputy federal territories minister Datuk Seri Jalaluddin Alias.

“Data collection and analysis will be carried out and if it is agreed then it will be implemented in September this year. The areas involved in this Miros study are areas with speed limits of 60 km/h and 40 km/h. Meanwhile roads that have been gazetted with 70 km/h and 80 km/h speed limits are not included in the study,” he told the Dewan Negara yesterday, reported by Bernama.

Jalaluddin was responding to a question from senator Datuk Mohd Hisamudin Yahaya who wanted to know the city hall’s position on Miros’ proposal to lower the speed limit in selected areas, following in the footsteps of the French capital city Paris, which gazetted such a speed limit in August 2021.

He added that DBKL was also of the view that lowering the speed limit was a good move as it would improve safety for other road users such as cyclists and pedestrians.

What do you think of this proposal? I reckon that while it may be a good idea for narrow inner city roads (made tighter by illegal street side parking), and 50 km/h does sound a bit too fast for certain areas, the mindset of certain drivers and enforcement is more important. If 30 km/h becomes official, it remains to be seen how it will be implemented and enforced – that’s the more important thing.