Safety might not have been the first priority when Mitsubishi designed its new Express van. Or, at least, we hope it wasn’t.

Returning to the Australasian market after an absence of seven years—the vehicle is thankfully not sold in the U.S.—the new Mitsubishi Express van has been crashed tested by ANCAP (the Australasian New Car Assessment Program), and the results are not pretty. The van has received the first-ever zero-star rating from the organization, scoring poorly in nearly every test conducted on the vehicle. A press release from ANCAP states this is a result of the vehicle lacking “basic safety features” and having almost no active safety systems. 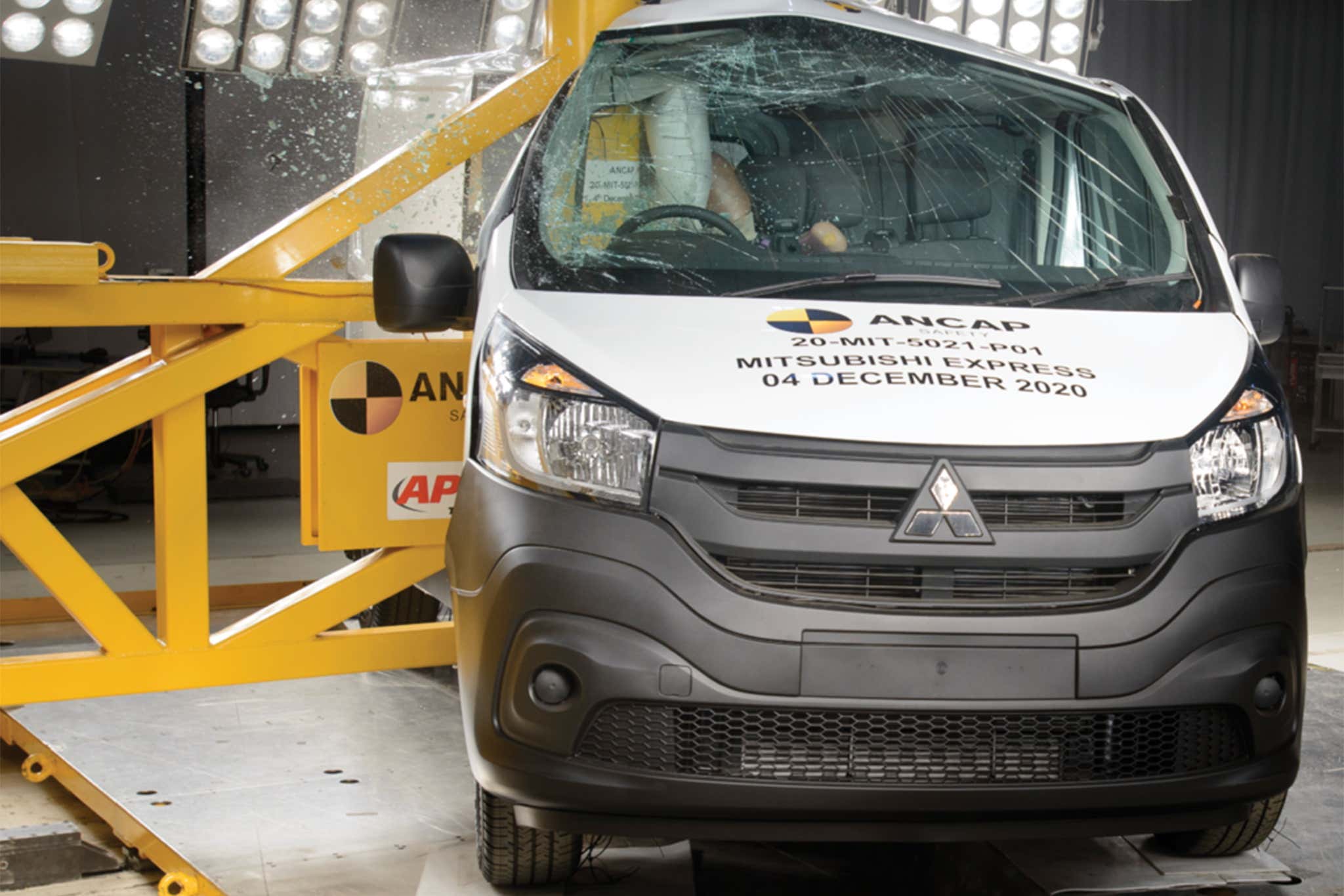 To be clear, the ANCAP rated the vehicle’s physical safety—its “ADULT OCCUPANT PROTECTION”—at 55 percent, and it actually scored reasonably well on its side-impact test, with a rating of 5.63 out of 6, and a full-width frontal impact rating of 7.02 out of eight. That’s where the good news stops, though. The van performed poorly in the frontal offset test with a score of just 3.82 out of eight, and it wasn’t a fan of the pole-oblique test, either, managing just 3.22 out of a possible six. These poor results and others added up to a total of 21.19 out of 38, a failing score.

The real kicker for the van comes from its lack of active safety systems, though. The vehicle has no automatic emergency braking, period. It won’t stop for pedestrians, stationary objects, other cars, anything. In the “Safety Assist” category, the vehicle scores a stunningly low seven percent—yes, that’s still out of 100—with ANCAP not only taking issue with the lack of automatic braking but also with the bizarre lack of a reminder for the passengers to fasten their seatbelts. In fact, it only scores points in the safety assist category for having a manually-adjusted vehicle speed limiter.

Above, you can see a video of the crash tests conducted by ANCAP, including the pedestrian safety tests which are presented later in the clip. In case you’re curious, yes, the Express scores poorly here as well. This is, as previously mentioned, mostly due to the vehicle’s lack of automatic emergency braking (AEB.) The van also scored poorly in terms of head protection for impacted pedestrians but did do reasonably well on leg protection. Unfortunately for Mitsubishi—a pretty common phrase now, actually—protecting the lower extremities isn’t a heavily-weighted component of ANCAP’s testing.

This is also not a matter of just this particular trim of the van scoring poorly; features like AEB and lane departure warning are simply not offered at all, even in the glitziest Express that the Japanese automaker has on offer. This all culminates in ANCAP’s poor view of the van.

So, if you live outside the U.S. and you’re looking for a new work vehicle, it’s probably best to skip this one. A cursory look around ANCAP’s website reveals other offerings in the segment are significantly safer, with vans from Ford, Toyota, Mercedes, Renault, and more all handily beating the Mitsubishi. It’s really too bad to watch the Japanese automaker continuously trip over one coffee table after another, but it has nobody to blame but itself. Let’s hope the brand can at least get around to making the Express a little safer. Baby steps.