Having sold over 2,500 units since production began in 2012, The Morgan Motor Company is about to put an end to the S&S 2.0-liter V-twin-powered 3 Wheelers. However, before gearing up to produce its electric successors known so far as the EV3, Morgan will offer just 33 examples of 3 Wheeler P101s, which are celebratory special editions featuring several updated parts. These 3 Wheelers will be available in five ‘art pack’ variants, starting at £45,000 in the U.K.—the equivalent to roughly $60,000.

The Morgan Motor Company may have started out with conveniently tax-evading 3 Wheelers in 1911 following 1909’s Runabout prototype by HFS Morgan, yet the original line was discontinued after the last Ford-engined F-Series rolled out of the Malvern factory in 1952. The modern, American-engined 3 Wheeler’s story began in 2009 when Morgan engineers launched Project 101, the development program leading up to the 2011 production model. The Morgan 3 Wheeler has been mildly updated since to become a fan favorite, a unique toy, and the perfect tool to set transcontinental driving records with. 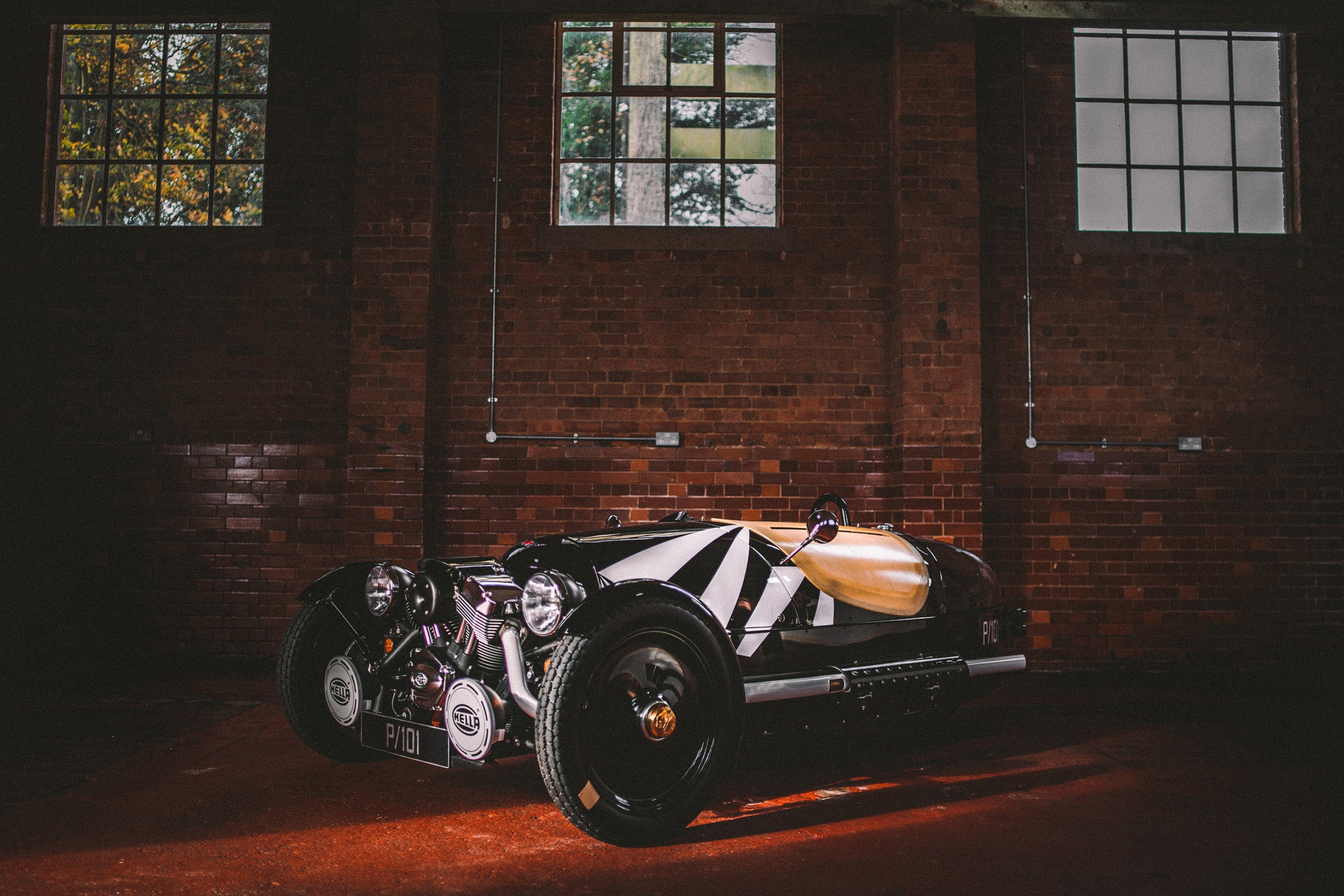 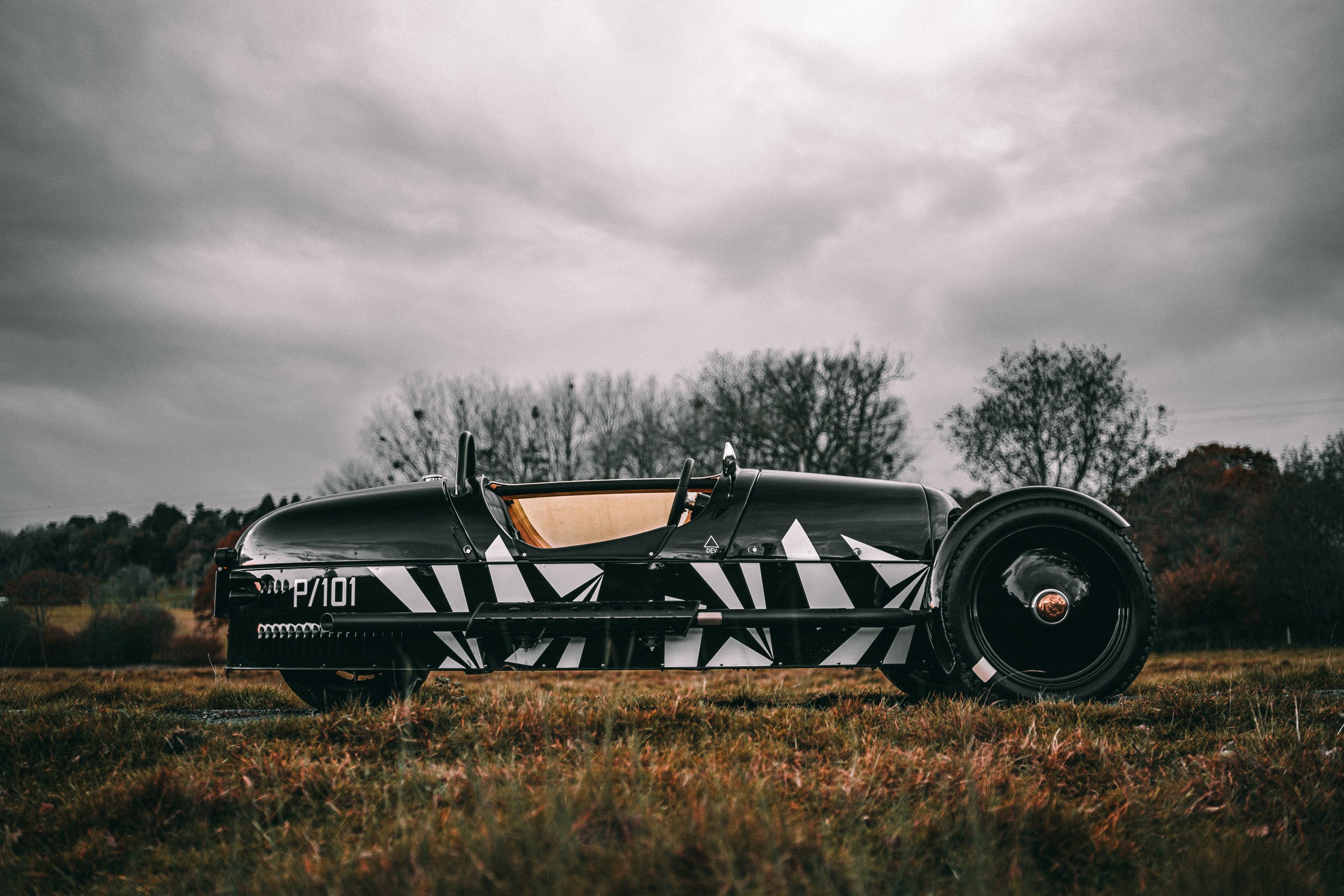 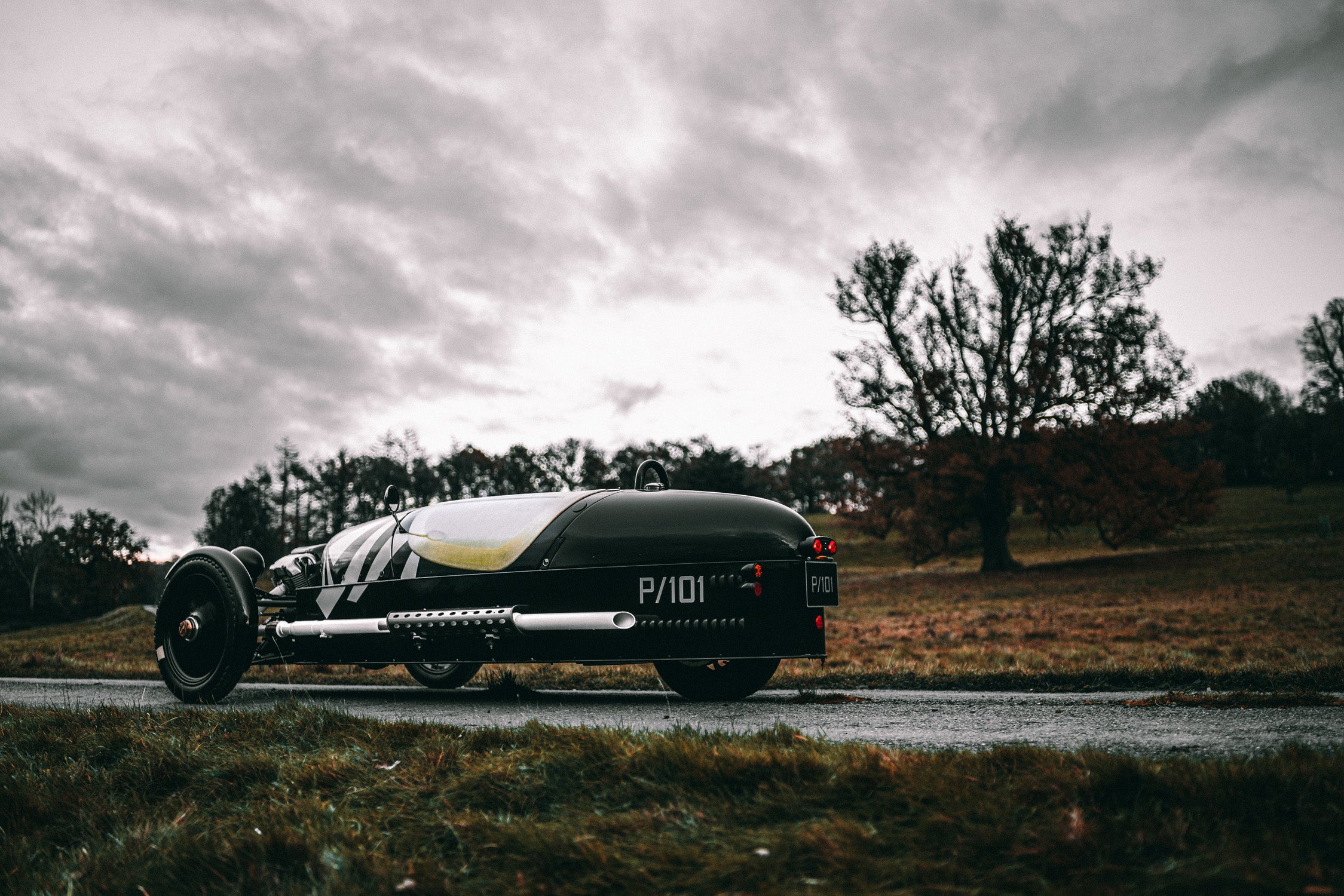 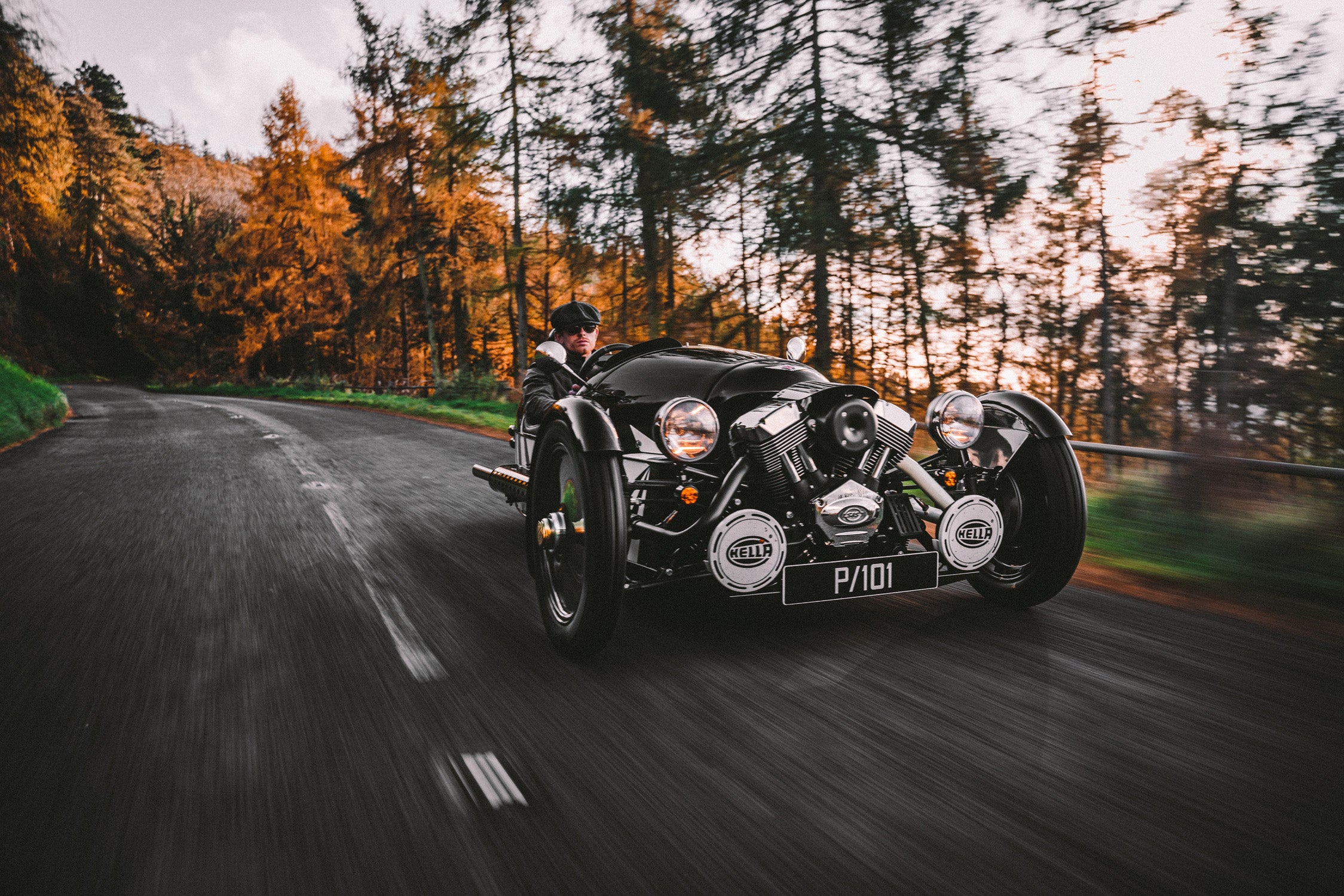 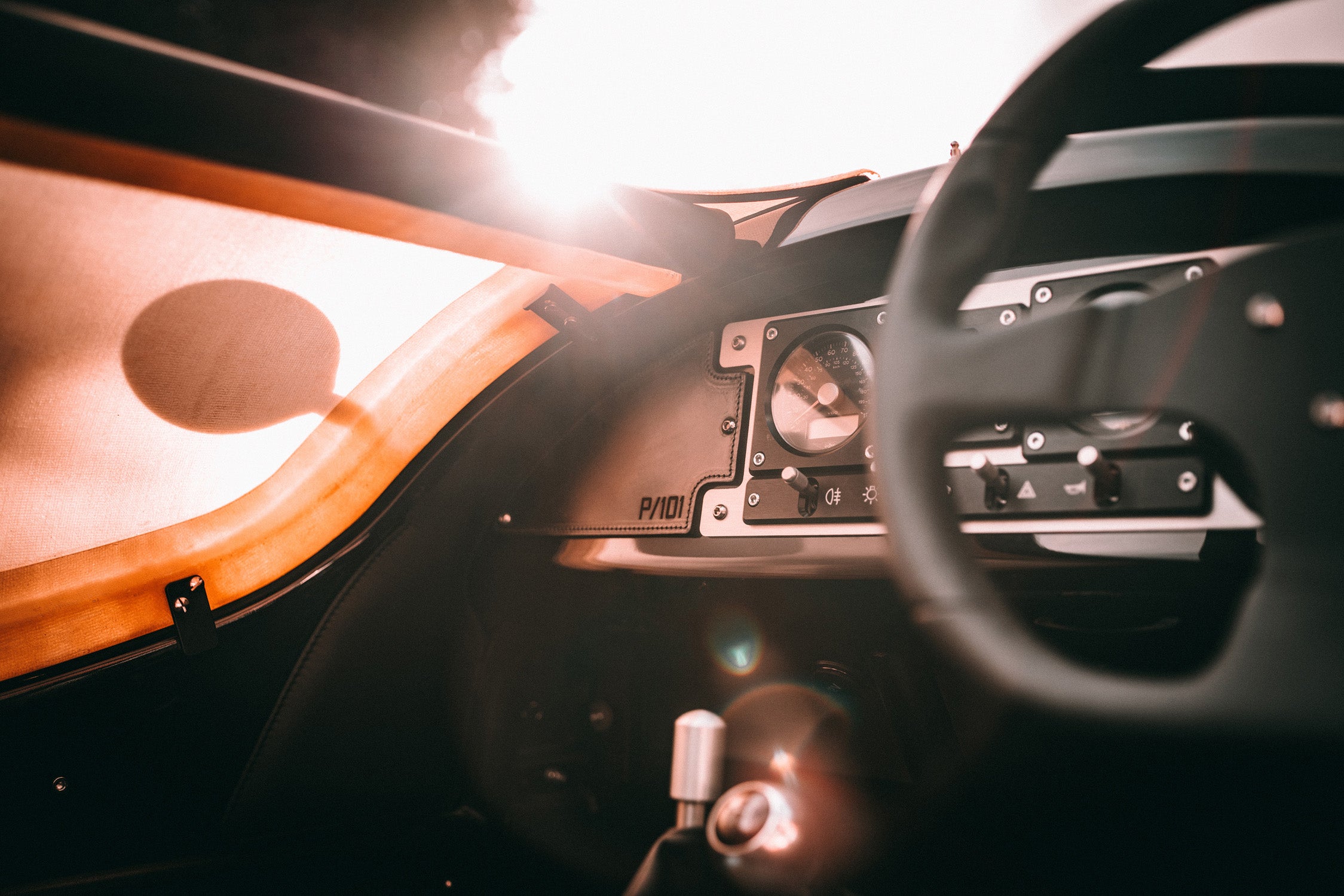 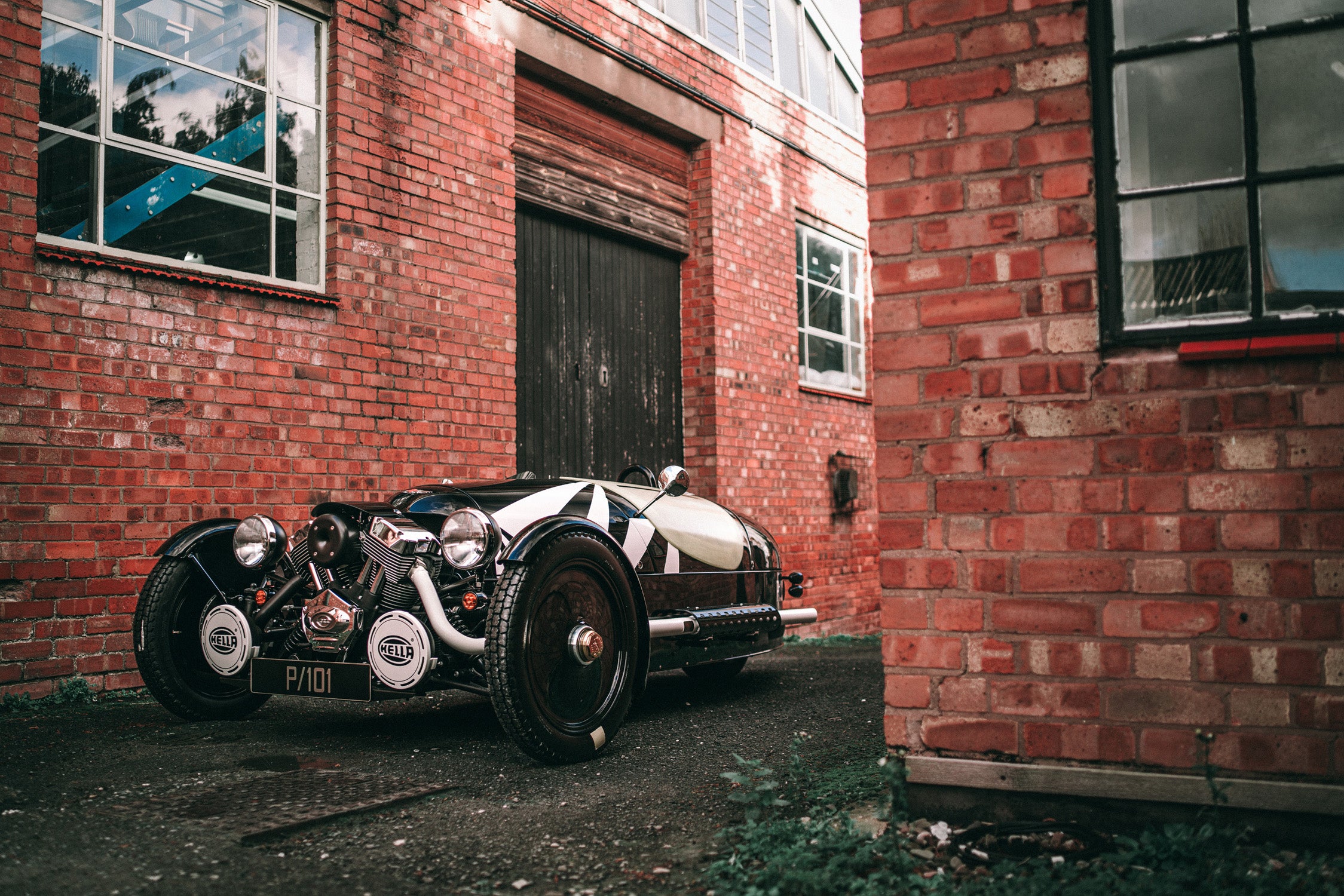 In 2021, production of the combustion-engined 3 Wheelers will come to an end with the 33 P101 editions, which all feature a single-leaf tonneau cover—first seen on Morgan’s EV3 concept in 2016—that is supposed to let everybody know that this is more of a hardcore single-seater compared to the regular 3 Wheeler grocery getters out there. Going very high-tech with composites indeed, like “on engine shrouds for 1970s race cars,” Morgan’s resin cover exhibits a natural translucent golden color.

The P101s also come with body-colored low-drag Aero disk wheels, 9-inch Hella spot lamps positioned way down to reduce turbulence around the suspension and wishbones, and alternated black and white ceramic-coated straight-cut exhausts to emphasize the asymmetric theme. Further details include torque markers on each front tire, a fly screen, additional louvers, exposed rivets, and P101 markings all around.

It’s all about those stickers, folks! Morgan says that all 33 production slots have already been allocated to Morgan dealerships in the U.K., Europe, and the United States, with production beginning immediately alongside the last bespoke 3 Wheelers in 2021.

As for the electric successor, Morgan first presented its EV3 at the 2016 Geneva Motor Show, only to delay the project severely afterward, due to switching suppliers and restarting the development process while also dealing with financial difficulties. However, the all-electric new Morgan 3 Wheeler is eminent now and will join the line of BMW-powered new Morgans in 2022.