Early high-performance Chevrolet Corvettes may have been inspired by mid-engine race cars powered by huge Chevy V8 crate engines, but these couldn’t be packaged behind the driver until the radical 2020 model year. Corvettes have to be as versatile as a sports car can get, quick enough to earn their badge, comfortable on long drives, economical to run, and affordable enough to reach a wider audience.

However, once the 2019 C7 ZR1 and its supercharged LT5 V8 engine produced 755 horsepower and 715 pound-feet of torque, there was only one way forward for the Corvette. Knowing how the next generation couldn’t continue its evolution as a front-engine car, talks about a switch to a mid-engine Stingray re-emerged as early as in 2011, only to push executive chief engineer Tadge Juechter’s team towards figuring out how to get to the C8 by 2020 without pushing its base price above a still astonishing $58,900. 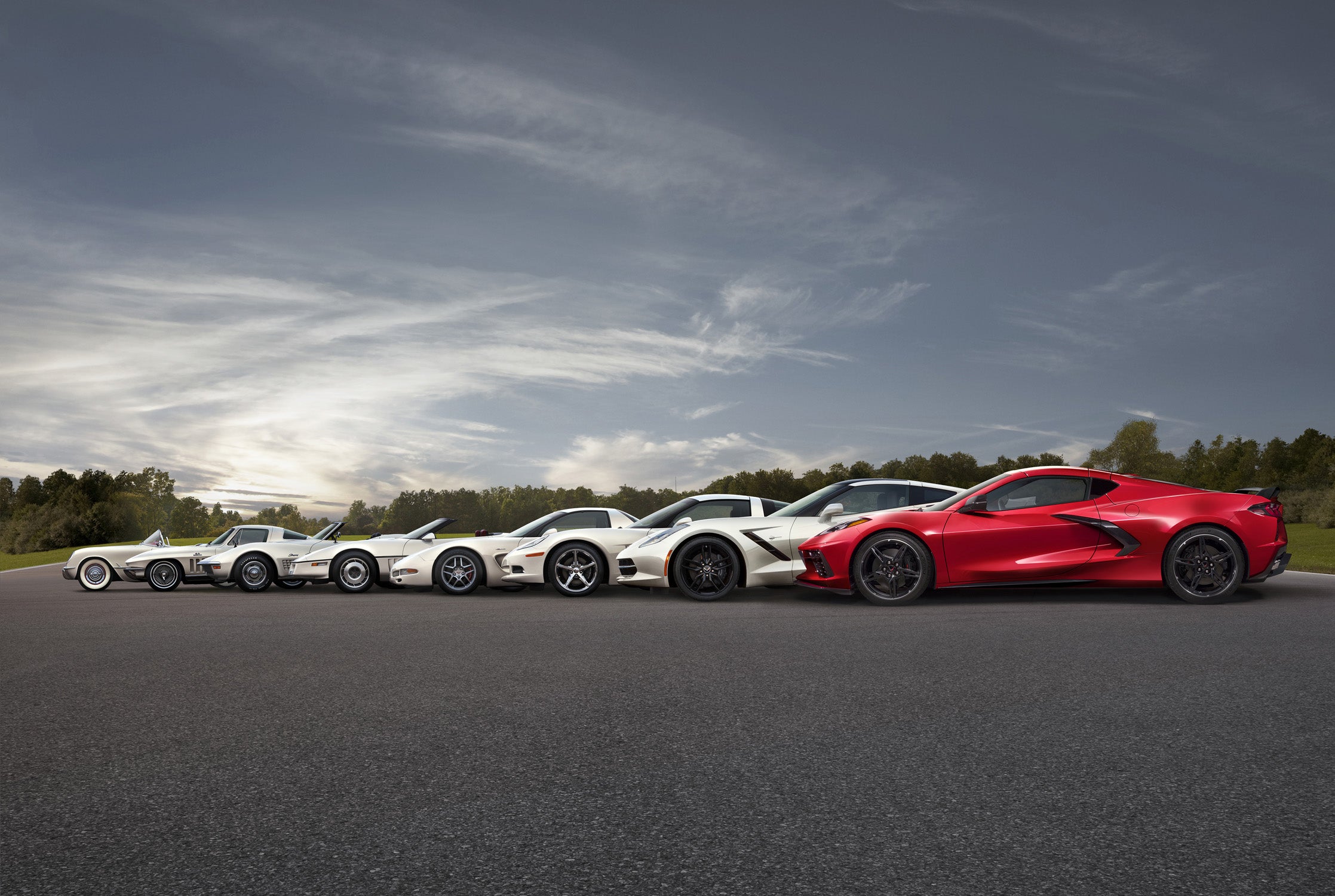 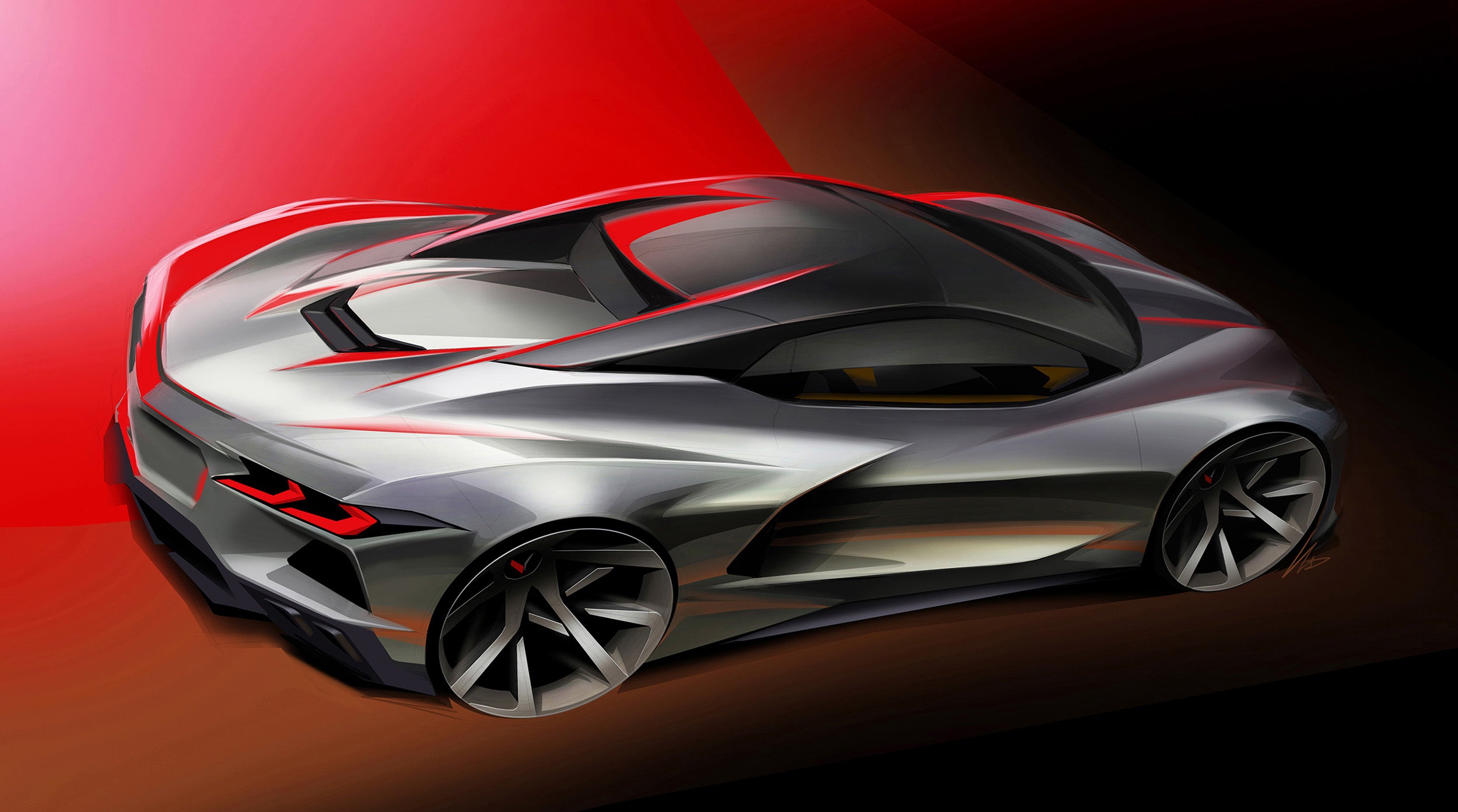 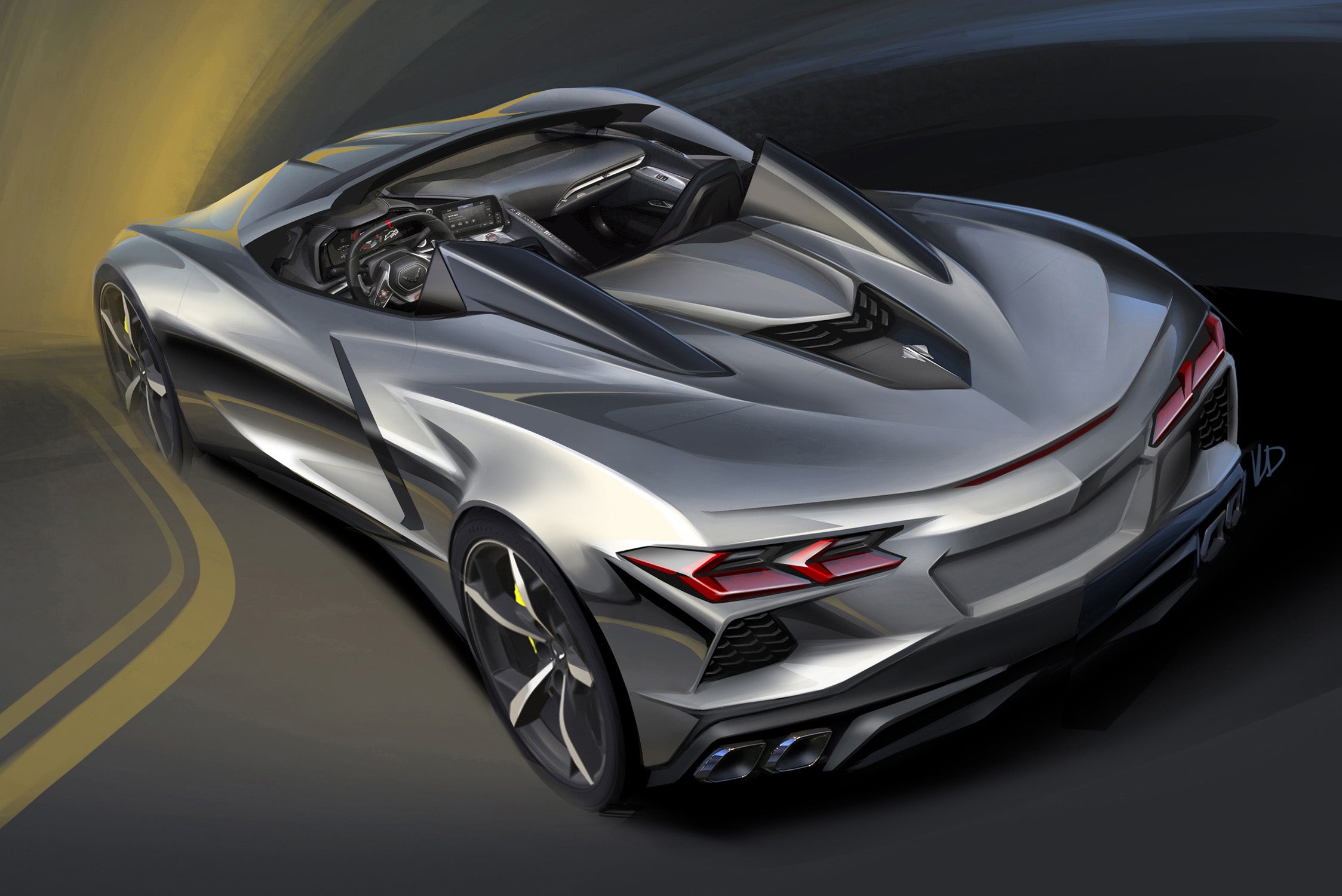 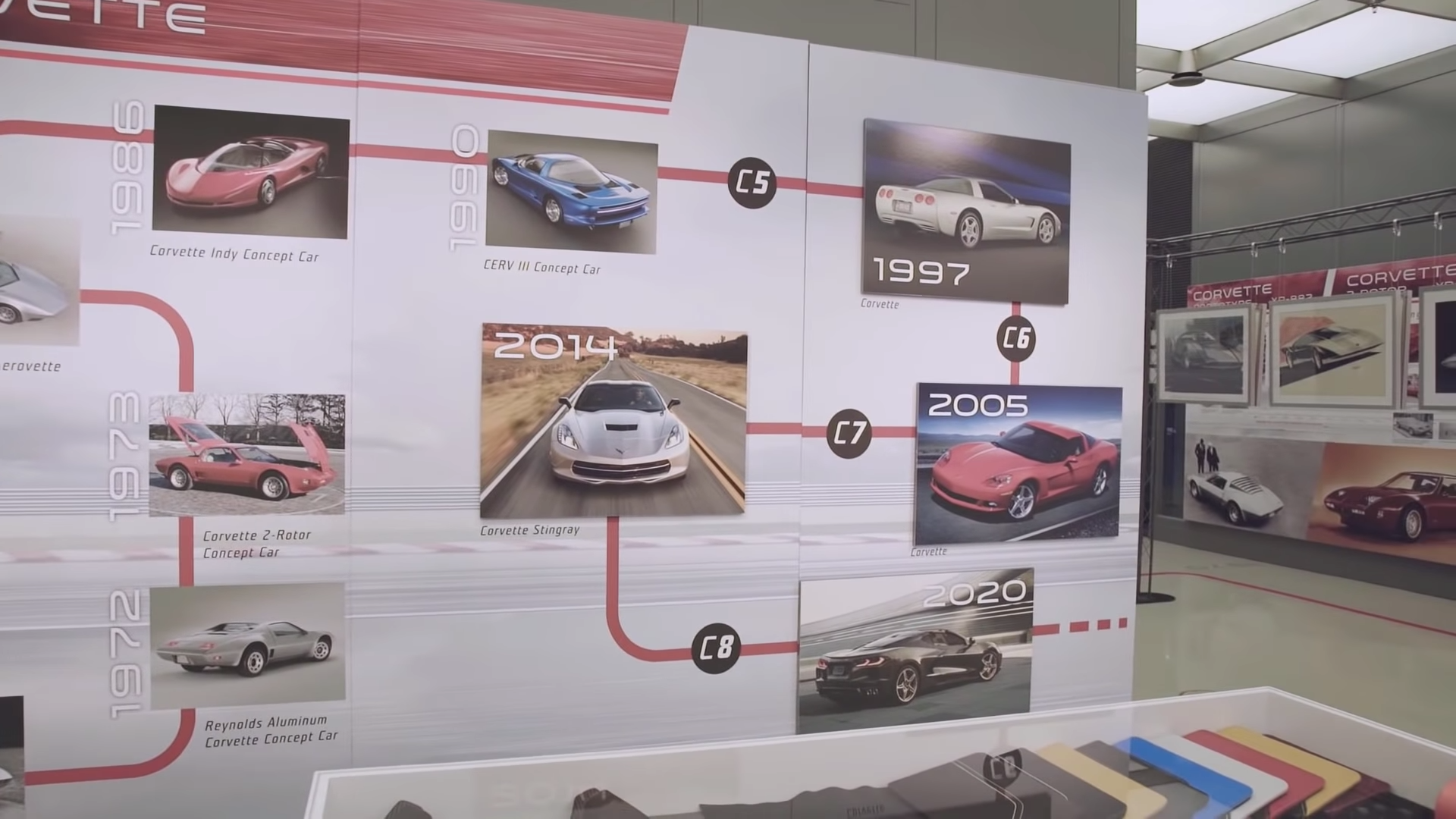 While the engineering team benchmarked its prototypes against Ferraris and other exotica just like how Aston Martin is for its upcoming mid-engine products, the design team had to come up with a look that fit the new proportions without feeling alien to Corvette fans. After three full size clay studies and a total of 12 scale models developed for two weeks each, they were getting close to the future shape of the Corvette.

People like former GM Performance Car Studio exterior chief Tom Peters, who joined the Corvette family during the C6 program, lead Corvette exterior designer Vlad Kapitonov, exterior design manager Kirk Bennion, as well as interior design wizards Tristan Murphy and Brett Golliff, plus the rest of the team all worked hard to create a car that feels much more upscale than any previous Corvette, elevating the whole driving experience to match where the new layout has pushed the performance.

After its C8 mules were hunted day and night by every spy photographer in and beyond Michigan, the engineering department took its more refined and less camouflaged prototypes to the Nürburgring, where the C8’s mid-engine handling characteristics could be dialed in by such pros as five-time 24 Hours of Le Mans winner Oliver Gavin. 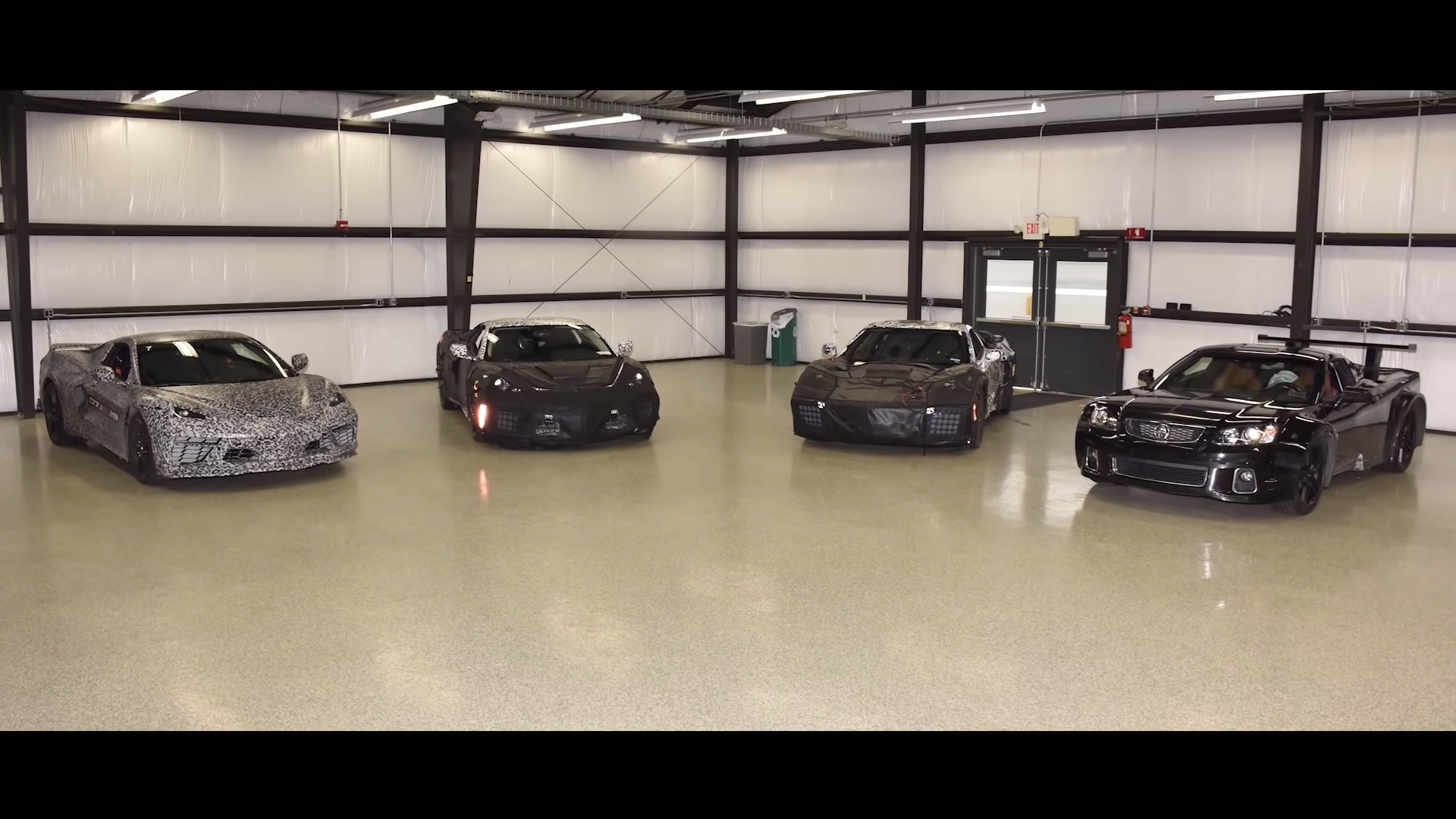 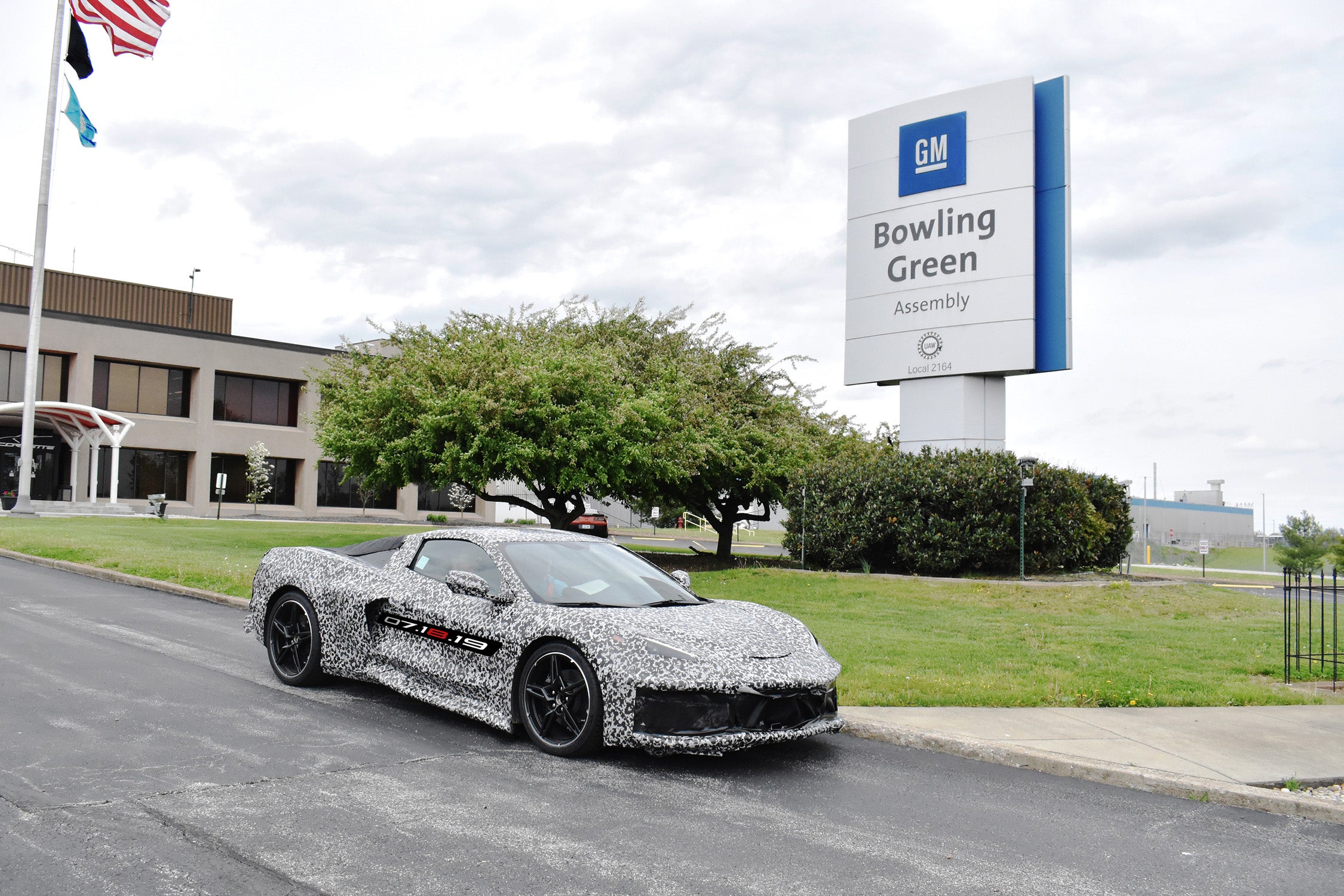 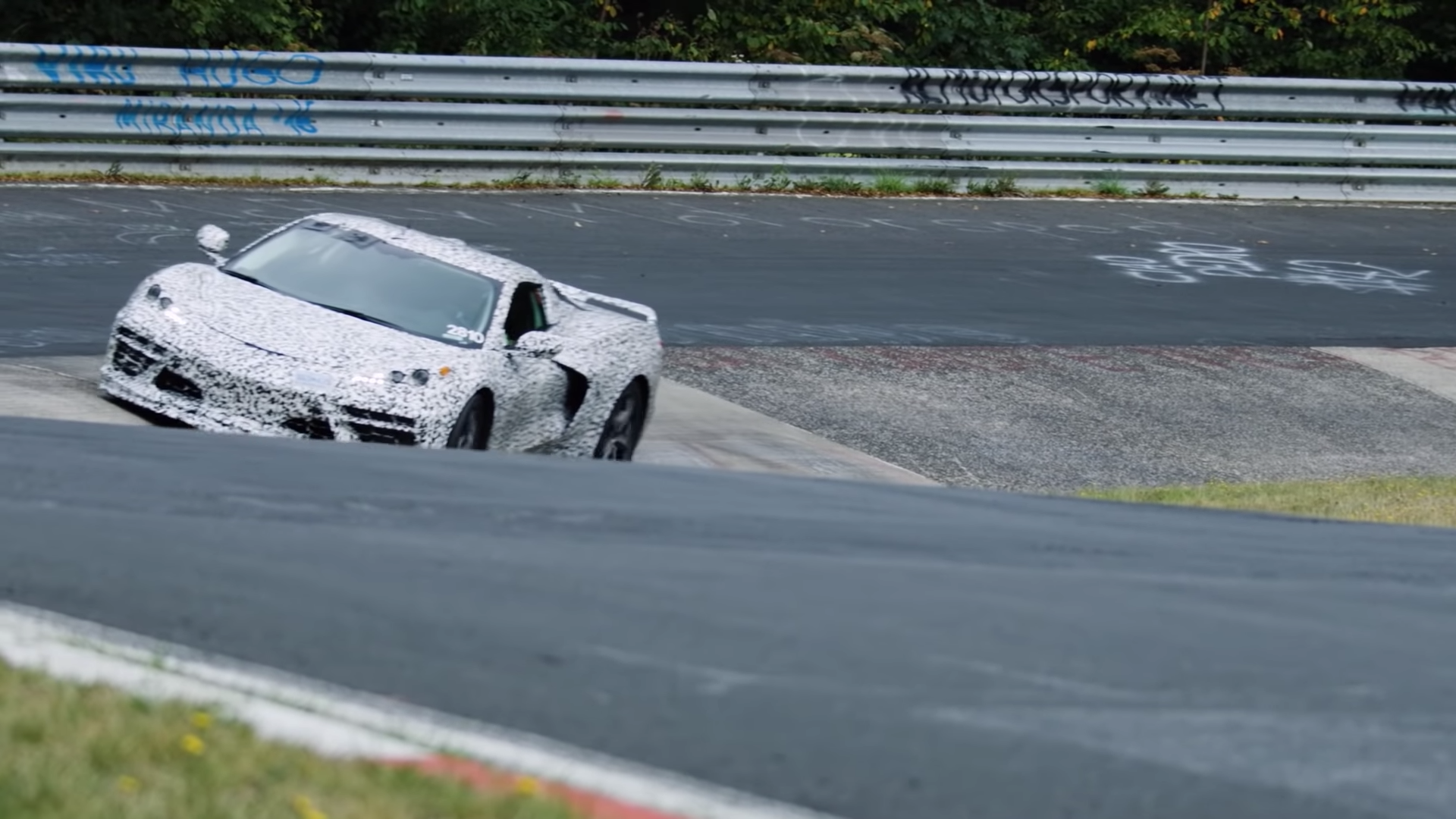 The combination of the Nürburgring and the roads around it will always be relevant to carmakers. Frankly, there’s no other track on the planet where within a single lap, one can reach top speed, push for maximum lateral acceleration through multiple corners, and then leave for a high-speed cruise on the Autobahn, or perhaps a casual run through the twists and turns of the Eifel mountains.

The C8 is a special car, built on a platform that will soon take the Corvette brand to heights that were unimaginable without taking this leap.