Before Porsche’s upcoming high-performance Cayenne variant gets revealed or even has a name, it’s already broken the Nürburgring lap record for its segment. Going around the 12.94-mile Nordschleife layout in just 7:38.925, the yet-to-be-named super Cayenne is officially the quickest “SUV, off-road vehicle, van, or pick-up” to lap the famous German circuit.

And because we know this stuff matters to ‘Ring nerds, the record-breaking, lightly camouflaged Cayenne in question was equipped with a roll cage, a racing seat, 22-inch Pirelli P Zero Corsa tires that Porsche says were developed specifically for this car and will come standard, and was driven by test pilot Lars Kern. Porsche also made sure to mention that the lap was done at 11:31 (presumably in the a.m.) on Monday, June 14 in 73-degree weather, with a track temperature of 115 degrees. 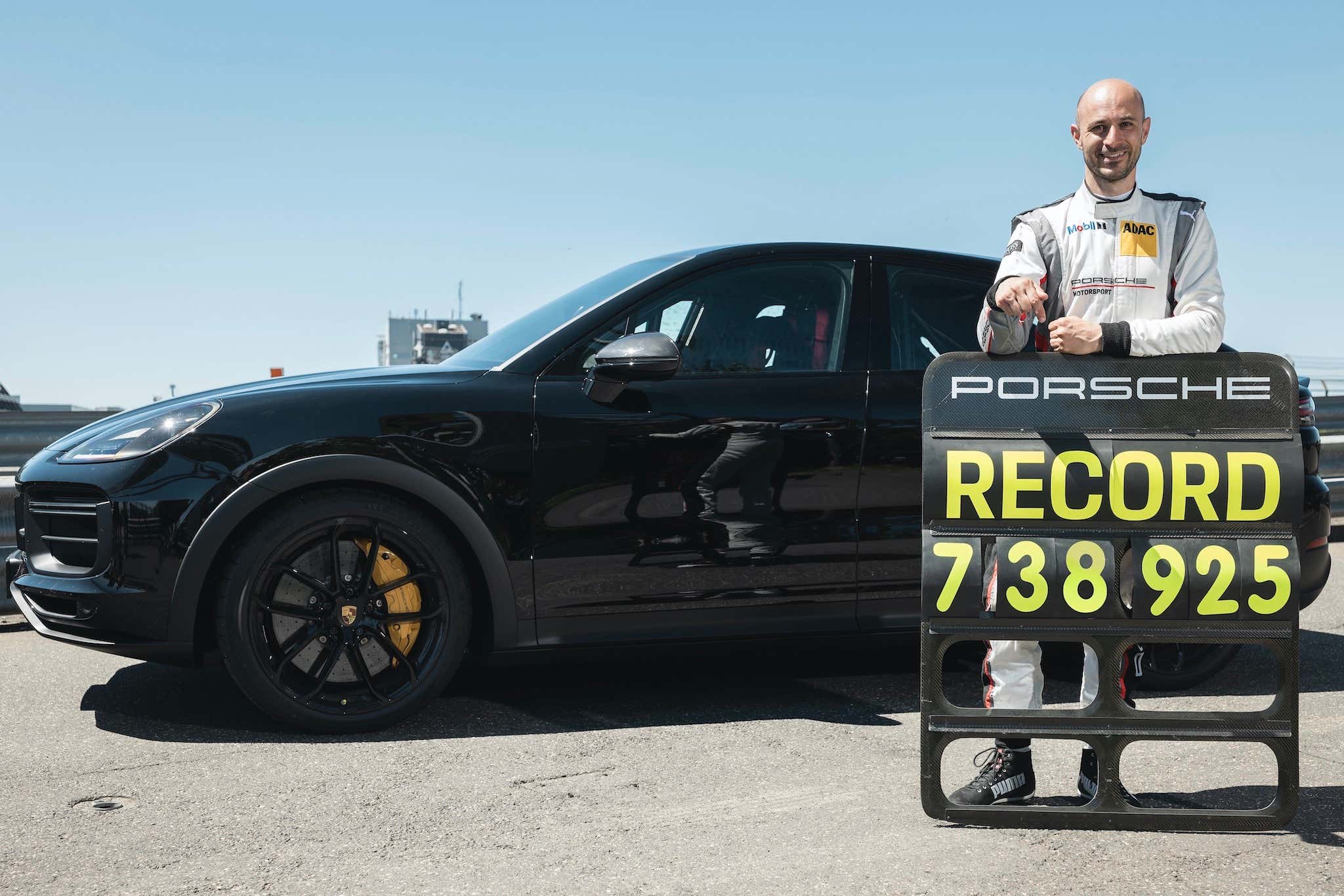 Historical weather info also tells us that humidity was a slightly moist 58 percent and that atmospheric pressure sat at 102.26 kPa… whatever that means. Kern also appears to have been wearing a racing suit and racing shoes made by Puma and is bald… a key weight tactic Porsche’s test driver appears to have taken advantage of in great style.

Based on the Cayenne Turbo Coupe, exact technicals details on Porsche’s latest high-riding model have yet to be announced but the company says it will produce more than 600 horsepower and boast a zero-to-60-mph time “in the range of” the new 911 GT3. Equipped with the PDK automatic (the only way you’ll be able to buy the sports car in California if you haven’t heard), that GT3 sprints from zero to 60 in 3.2 seconds.

As a reference, Sport Chrono Package-equipped versions of the Cayenne Turbo Coupe and the 670-horse Cayenne Turbo S E-Hybrid Coupe can already hit 60 in 3.7 and 3.6 seconds, respectively.

Just for reference, the new Cayenne’s Nurburgring time is approximately four seconds quicker than the old benchmark set by the Audi RS Q8. Perhaps even crazier is the fact it beats the 641-hp Lamborghini Urus by nearly 10 seconds.

Per the automaker, the record-breaking Porsche Cayenne variant will get a name and be unveiled “soon.” 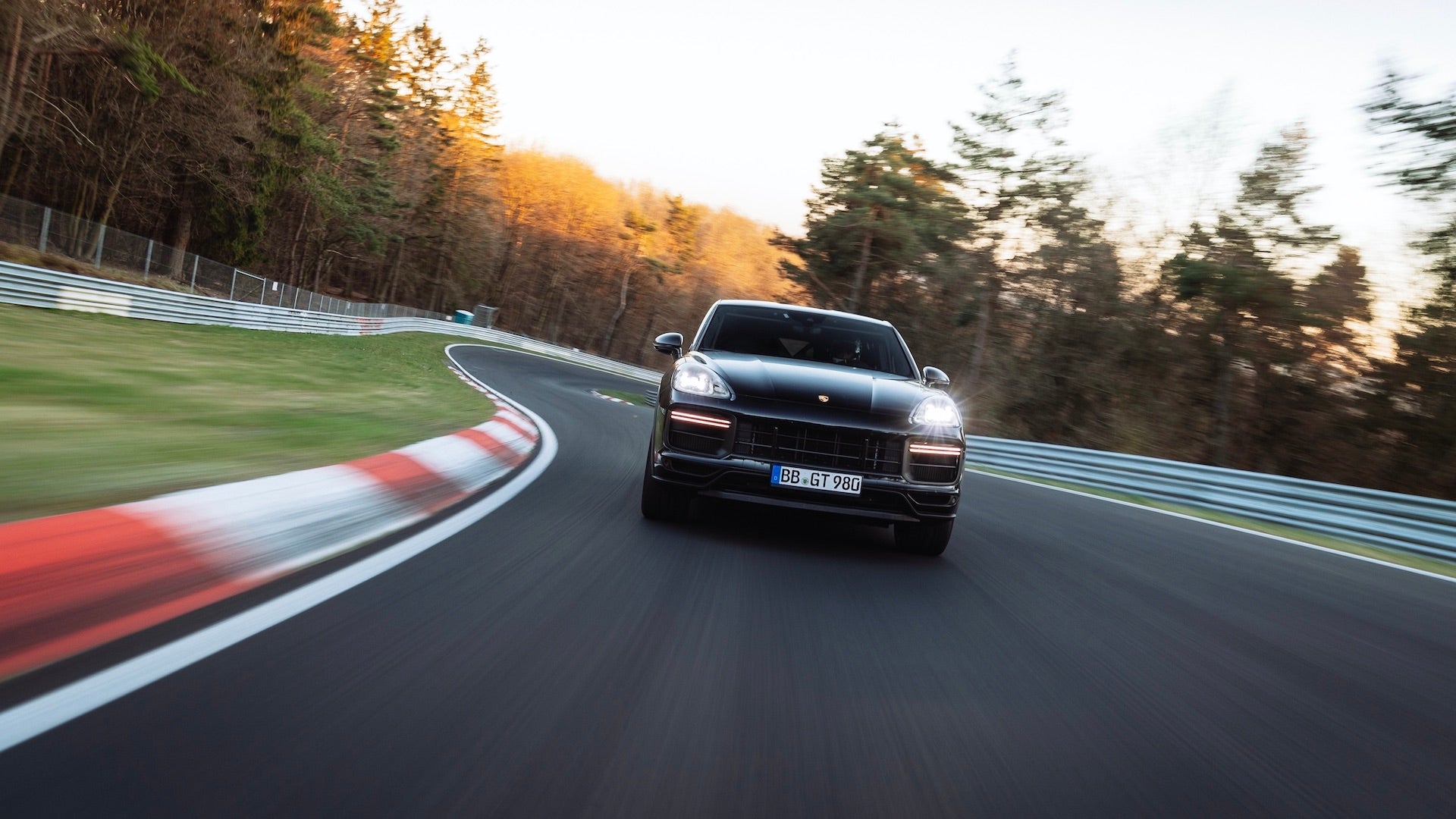 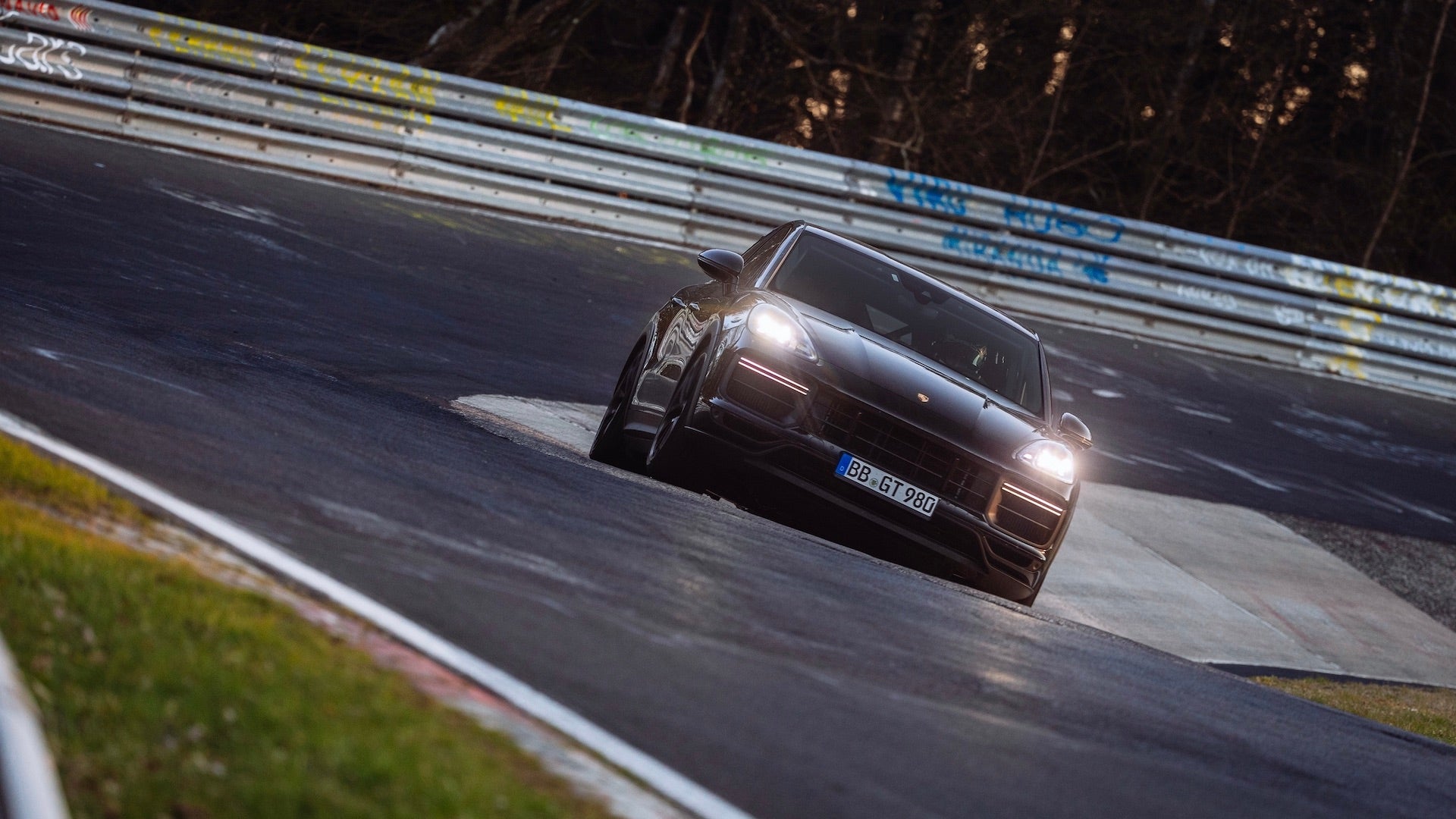 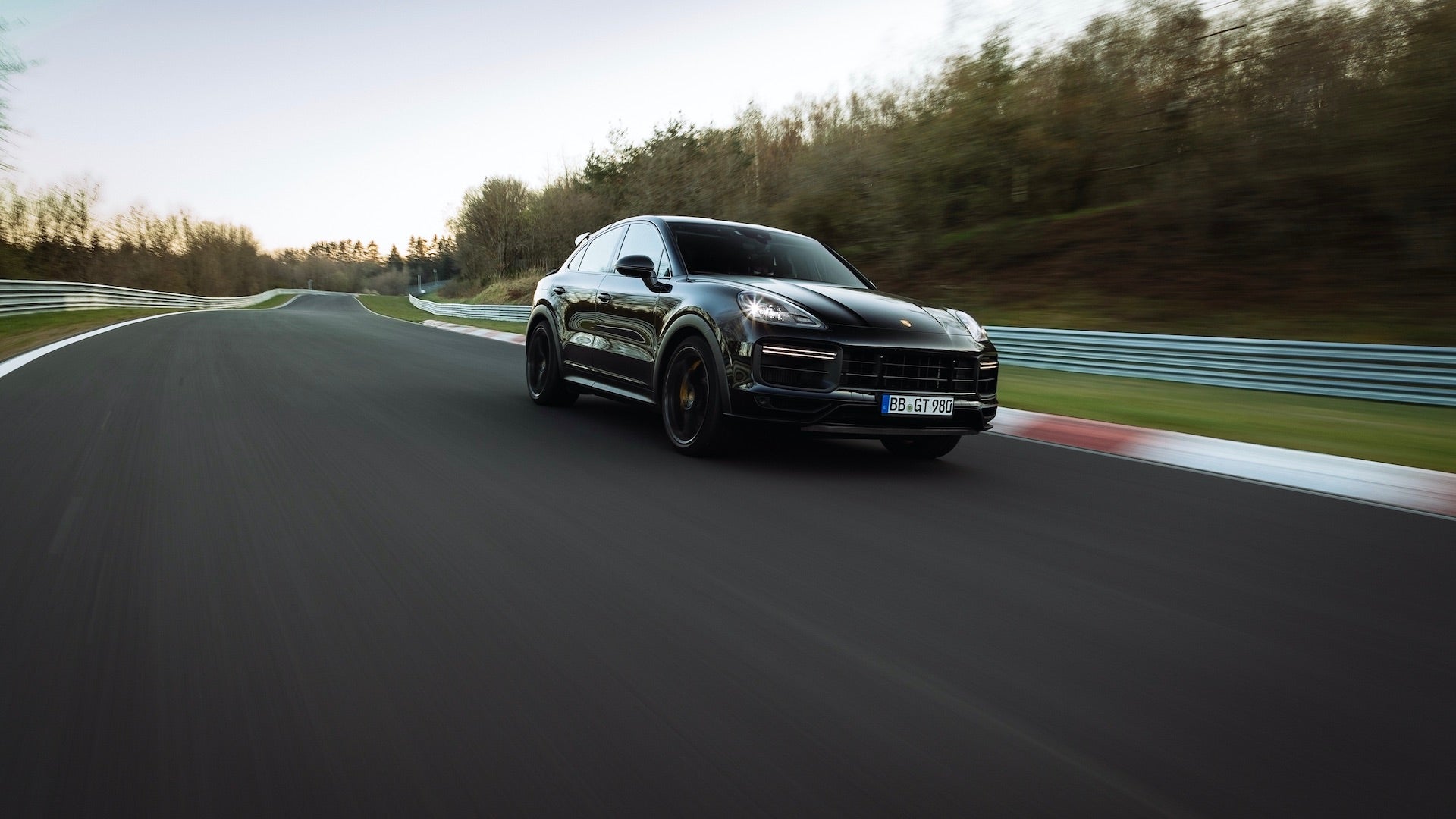 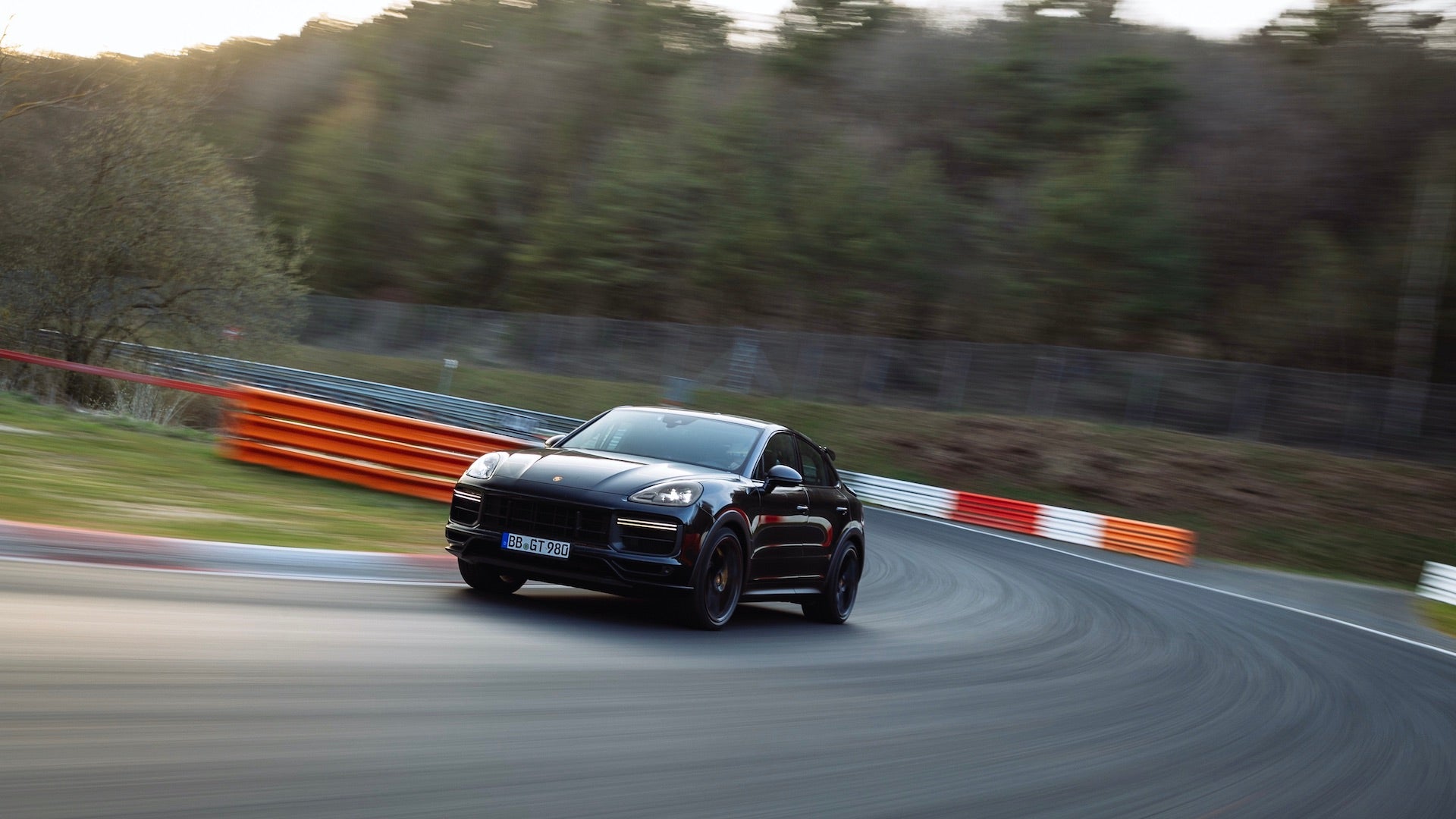 Got a tip or question for the author about the Porsche Cayenne? You can reach them here: [email protected]