An updated KTM 1290 Super Duke R has been spotted while on a test run somewhere near the Alps. And from the looks of it, KTM has made quite a few changes to the 1290 Super Duke R for 2020. The headlight, fuel tank, and tank extensions don’t seem to have changed much from the previous generation model, but there are considerable changes to the rest of the bike, including the trellis frame, swingarm, rear suspension, wheels and a new digital instrument panel. In terms of the powerplant, it looks like the same 1,301 cc, 174 bhp v-twin engine which is doing duty, but we won’t be surprised if KTM has tweaked some internal components of the engine in the new model. 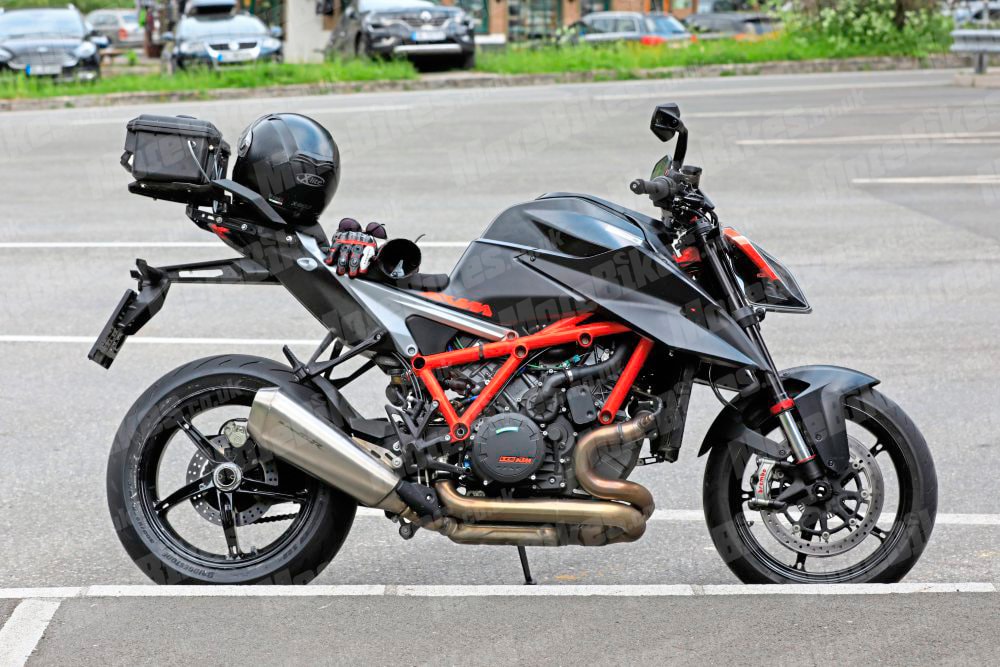 The trellis frame looks a lot different than the outgoing model’s, and the engine’s mount points on the frame are beefier than before. The motor itself looks somewhat different, so there’s a real possibility that the engine may have undergone some tweaks as well. The rear subframe is different and the tail section now sports what looks like a very simple aluminium support with very clean lines. The new swingarm has been redesigned and the placement of the rear shock is also different. Also different is the exhaust end can, with a curvier pipe. The wheels sport a new five-spoke cast design, but the brakes look similar to the dual-caliper Brembos used in the current Super Duke R. 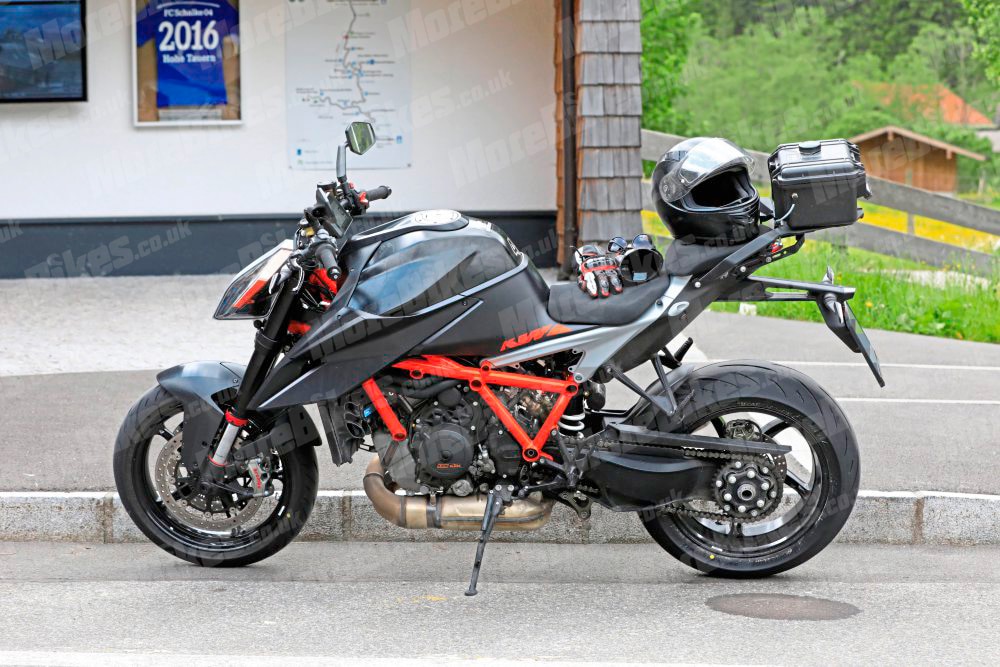 The KTM 1290 Super Duke R is considered one of the most entertaining and performance-packed litre-class nakeds in the world. Sadly though, the 1290 Super Duke R is not offered on sale in India, yet. We expect the new Super Duke R to debut at one of the European motorcycle shows later in the year, either at the Intermot show in Cologne, or more likely, at the EICMA show in Milan, in November.