Austrian motorcycle giant KTM has also been a carmaker since 2008. That year, its track-focused and optionally GT4-spec X-Bow debuted at the Geneva Motor Show, only to then be made globally famous by a 2012 episode of Top Gear. Powered by turbocharged Audi engines since day one, the X-Bow is a creation of the design agency KISKA and built in Graz with Dallara’s carbon fiber monocoque.

Looking at it from a road-legal standpoint, this ultra-light sports car’s starting procedure may indeed be more complex than a pre-war sleeve-valve Voisin C27’s. However, the X-Bows equipped with the canopy roofs still remain unique propositions among other track specials, mostly due to having their FIA papers ready for the GT4 class. These two were just some of the KTM X-Bows racing at the 2019 Nürburgring 24 Hours, with 2020’s pandemic-edition race also seeing a pair. 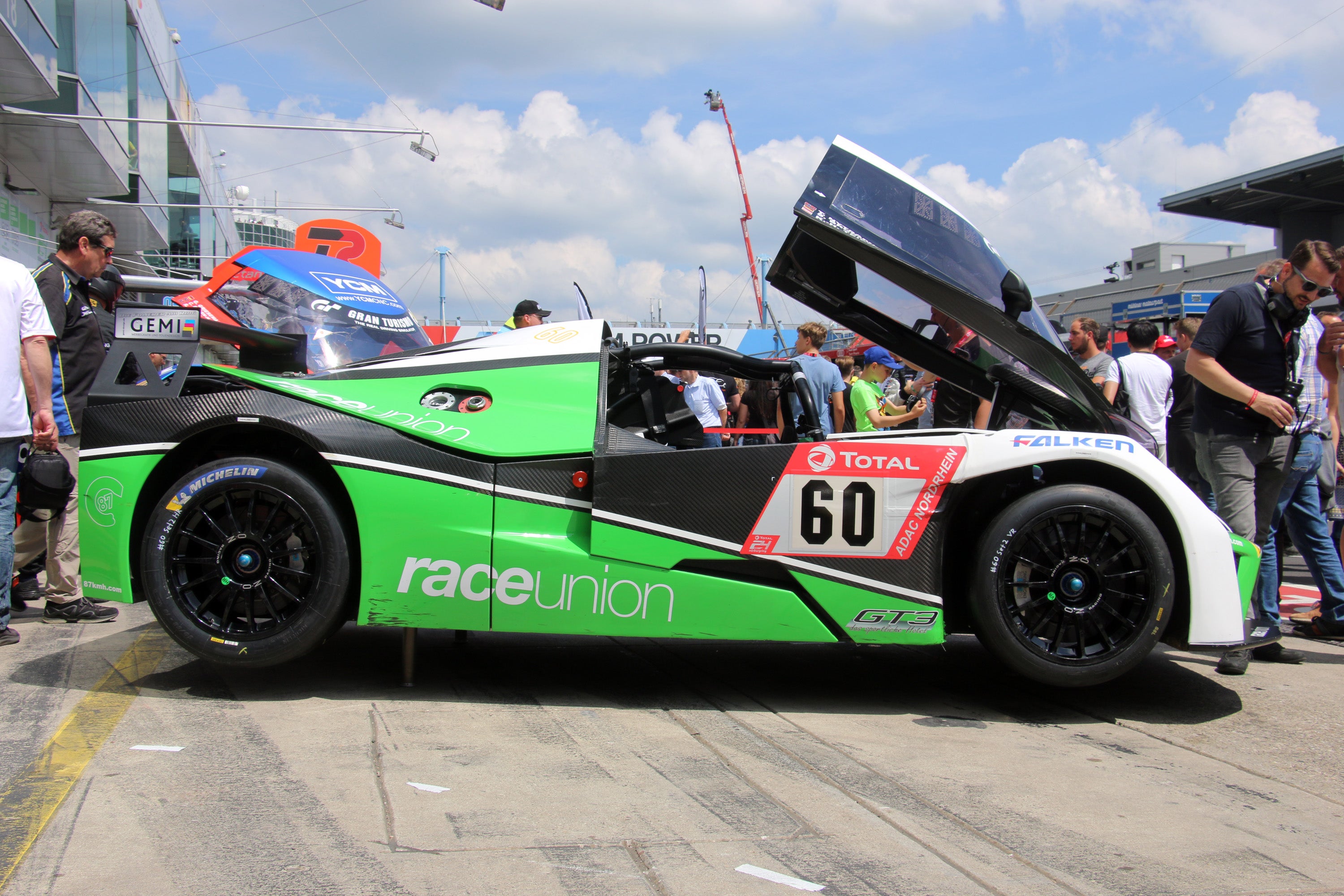 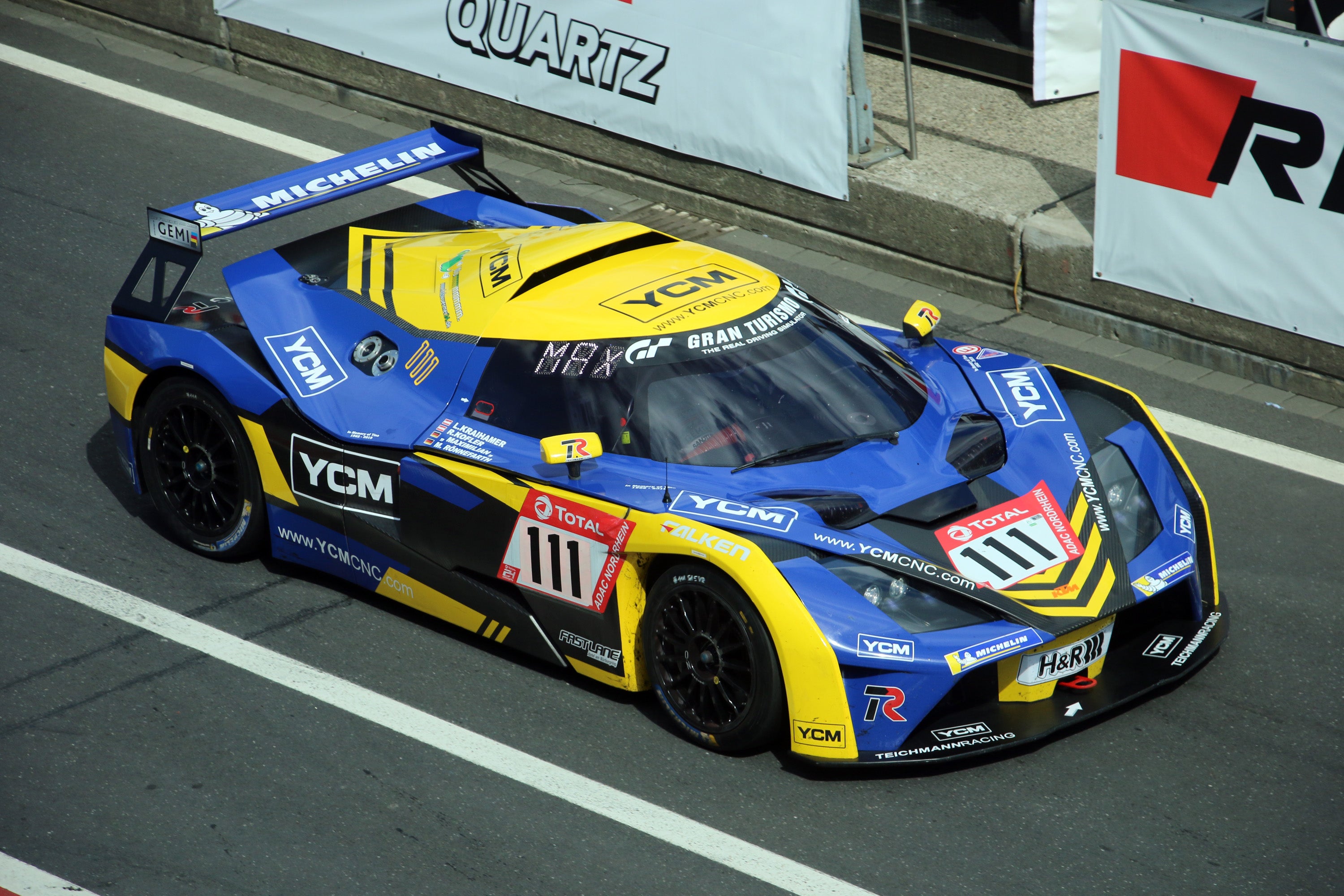 After twelve successful years on the market, KTM is now ready to unleash its latest evolution, the also fully enclosed X-Bow GTX. Yet before we would get into the intricate details of this all-carbon fiber race car packing Audi’s five-cylinder turbo tuned to 530 horsepower, let’s take a look at what racing driver M. Yuste can do in a current X-Bow RR, the even lighter open-top variant powered by Audi’s 2.0-liter TFSI engine, designed to compete in KTM’s one-make cup:

That’s some serious speed and grip from this roughly 1,800-pound two-seater.

Keen drivers can expect this, plus a lot more from the new X-Bow GTX, which has been teased back in February, only to arrive now in production-ready form based on a 176-pound carbon fiber Formula 3 monocoque, enhanced by a full-fledged roll cage and a long range 31.7-gallon safety fuel cell. With the FIA’s GT homologation rules satisfied, KTM’s new race car will start at $270,000. 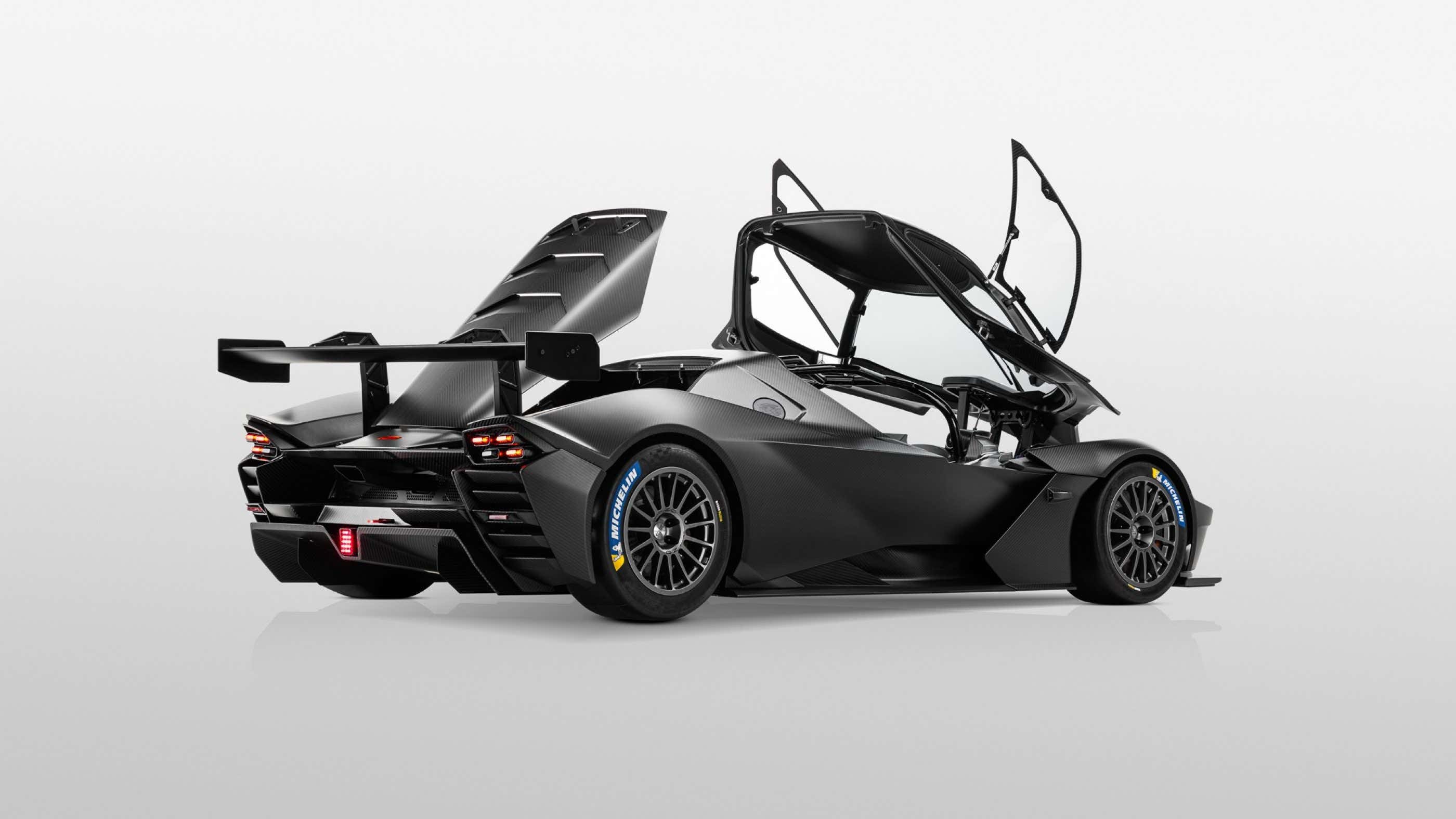 For that kind of money, the X-Bow GTX will come with a carbon-kevlar competition seat from Recaro and a six-point racing harness from Schroth. Standard is also a fully adjustable carbon fiber steering wheel and the now purely electric power steering, a pedal box that can move nearly 12 inches back and forth, a camera-based rearview mirror system, a MoTec data logger, an electronic fuse box from SaReNi with fuses that can be programmed individually, an eight-way adjustable traction control and Continental’s type 3 racing ABS, aero profile suspension pieces milled from steel and aluminum with quick camber adjustment, Sachs racing dampers, six-piston brake calipers and LMP-style electric gear shifters for the six-speed sequential Holinger transmission.

What’s more, while the rear frame connected to the carbon fiber monocoque is made of high-strength steel tubes, KTM has also revised the X-Bow’s “Jetfighter Canopy.” What used to be a one-piece plexiglass piece has evolved into a carbon frame with an inserted windshield and separately opening glass doors on both sides. The front screen is now made of Makrolon to save on replacement costs.

As for Audi’s fantastic 2.5-liter five-cylinder TFSI engine, KTM decided to keep it completely stock on the inside, changing only the injection valves, wastegate, intake, and exhaust systems, plus the engine management software. The result is 530 horsepower and 479 pound-feet of torque in a car weighing only 2,310 pounds.

KTM’s Hubert Trunkenpolz is also quick to point out that with its massive fuel cell and relatively low fuel consumption, the X-Bow GTX can stay longer out on track than anything in its class. A class of racing Batmobiles, that is. 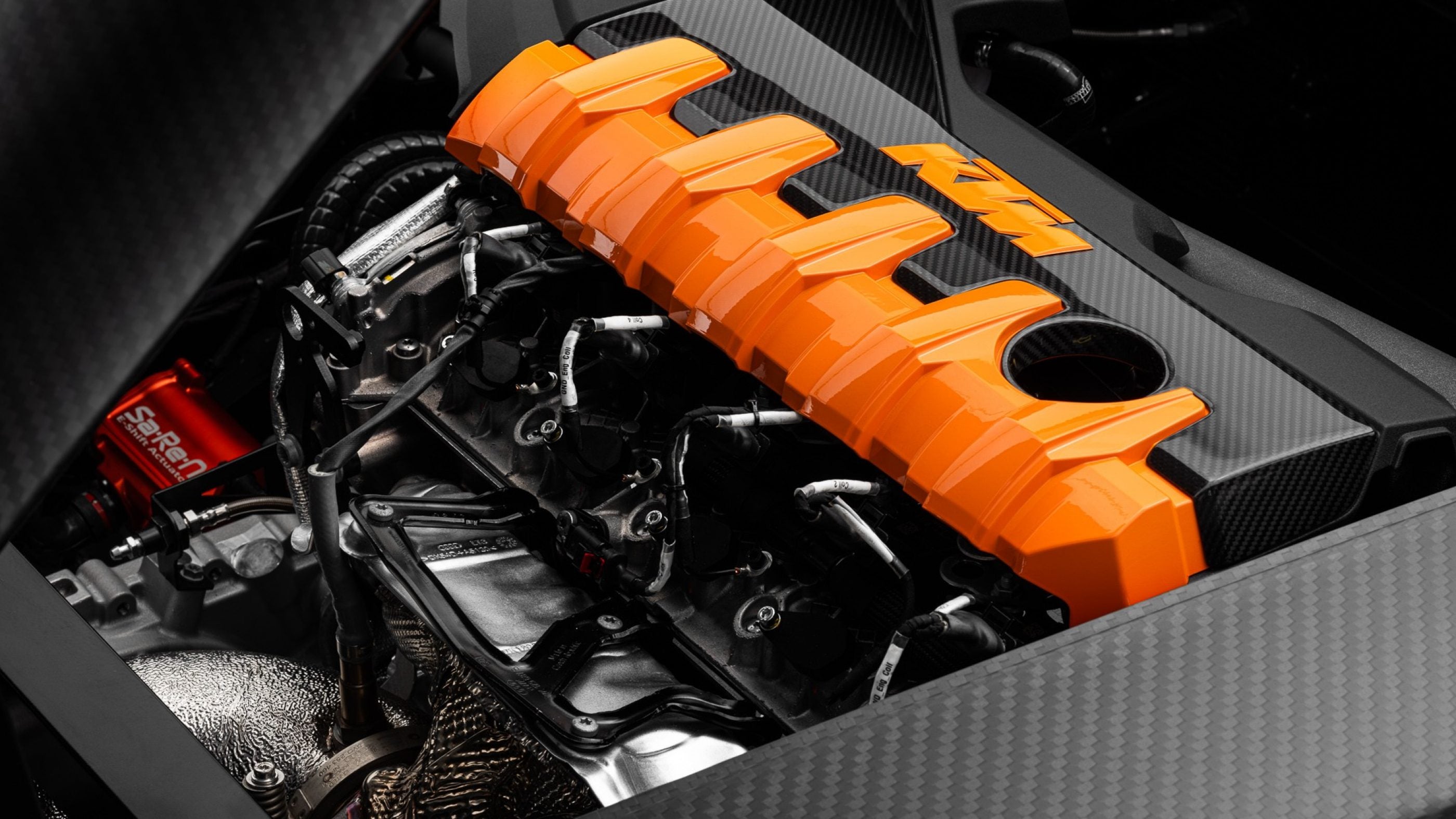 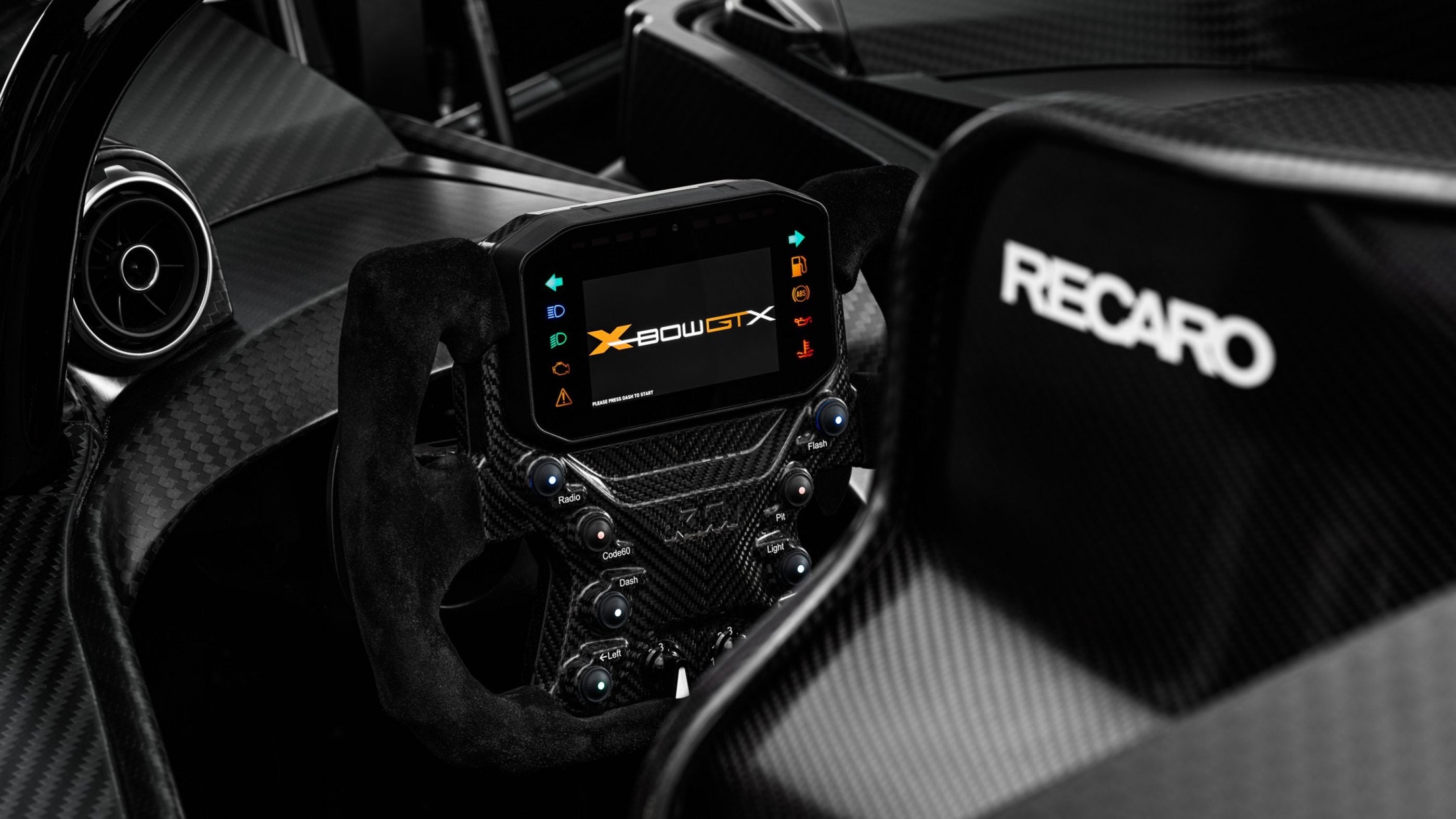