British motorists with a habit of driving faster than the posted limit might want to exercise a bit more caution, because the police there now have a shiny new tool in its speed-enforcement arsenal: the Laser Tech TruCAM II Speed Enforcement Laser.

According to Auto Express, the TruCam II costs the equivalent of approximately $13,200 and is currently being trialed by U.K. police to automatically focus in on and read the license plates of speeding cars almost half a mile (750 m) away. In actuality, the TruCam II itself is technically capable of clocking plates up to almost a full mile (1.5 km) away but speed enforcement officers have reportedly calibrated theirs to half that distance in compliance with government-set tolerances. Wouldn’t want Big Brother to look too big, too soon, now would we? 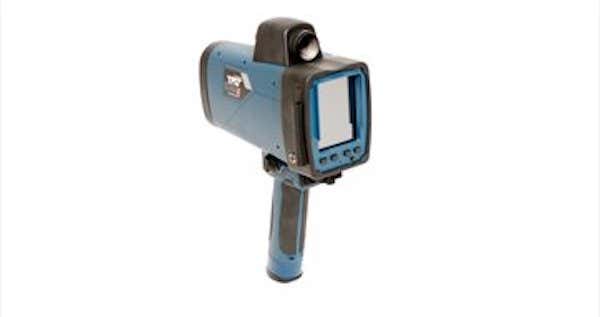 Essentially acting as a handheld speed camera, the TruCam II uploads speed and license plate data to a database and the appropriate fine is then mailed to the car’s registered owner, no sirens or traffic stops required. What’s more, according to the device’s spec sheet, the thing is even apparently sophisticated enough to detect and, more crucially perhaps, prove if a car is following another too closely, driving aggressively, obstructing traffic, misusing an HOV lane, being driven by a distracted driver, or carrying occupants who aren’t wearing seatbelts.

To the inevitable dismay of U.K. street racers who primarily partake in their favorite illegal motorsport after hours, the TruCam II also features night mode whereas the first TruCam, which has already reportedly been in use for the past six years, only worked during the daytime. Speaking of the original TruCam, one was recently featured in a tweet by Macclesfield South Police announcing that it’d caught one motorist “exceeding 35 mph” in what Auto Express believes to have been a 30 mph zone. The horror.

Unfortunately for U.S. police, the Laser Tech points out (twice, actually) on the TruCam II’s webpage that the thing isn’t available in the U.S.A.