The government has said that once Malaysia’s Covid-19 vaccination rate reaches 90% of the adult population, state borders will be open and we will be able to make that trip home to the kampung, or to go for a local holiday. As of October 6, the figure stands at 88.8%, which means that interstate travel is just around the corner now.

The impending border reopening raises the question on SOPs for those who are not vaccinated. Health minister Khairy Jamaluddin says that existing SOPs will apply to all, but there will be no more roadblocks to control movement, as that is impractical. This means that the minority who refuse to be vaccinated will be able to cross state borders, but their freedom will be curtailed in terms of activities allowed.

“Although we say that interstate travel is only for the vaccinated, there’s no way for us to control the movement of the unvaccinated, I admit. We won’t have roadblocks but if they (unvaccinated) go back (to the kampung) or cross borders and try to dine in at a restaurant, they won’t be allowed to do so,” he said at a press conference at Hospital Kuala Lumpur today. 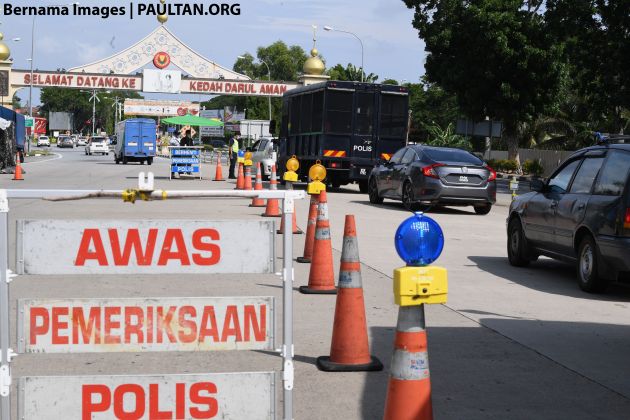 He added that the government has no way to inspect everyone who crosses borders for their vaccination status as that will inconvenience everyone else. As for the suggestion to have those who are unvaccinated to self-test before travel, he said that it’s impossible to implement.

“We have studied that plan, however there’s no way that we can enforce it. Don’t tell me we’re going to have roadblocks that will inspect everyone, and force an on-the-spot Covid test for the unvaccinated. I think the rakyat will be even more angry if there are jams caused by that (roadblock to find and test the unvaccinated) during balik kampung,” he said, logically.

So, to sum it up, interstate borders will very soon be opened, and there’s no stopping anyone from travelling, including those who refuse to be vaccinated. However, existing SOPs apply for premises such as shops and restaurants, and those without fully vaccinated status will not be allowed in, as per today.