According to the Guinness Book of World Records, British stuntman Adam Kirley set a world record for cannon rolls in a car. Seven rolls in an Aston Martin DBS earned him the title, which he achieved during filming for the James Bond movie Casino Royale in 2006. The roaring V12-sporting DBS was fitted with a nitrogen cannon and pushed into infamy.

Aston Martin fits James Bond perfectly, especially the “brute-in-a-suit” DBS Superleggera. But it’s the DB5 that makes its big screen return to stardom with a series of high-action car chases in the final Bond film of Daniel Craig’s career: No Time to Die. With a deft touch and painstakingly thorough blocking, Academy Award-winning Swedish cinematographer Linus Sandgren choreographed each dance with the DB5. Reaching way past even seven brain-scrambling barrel rolls, Sandgren dug deep into the Bond character to come up with the newest car chase scenes to jack up your heart rate in glorious fashion. 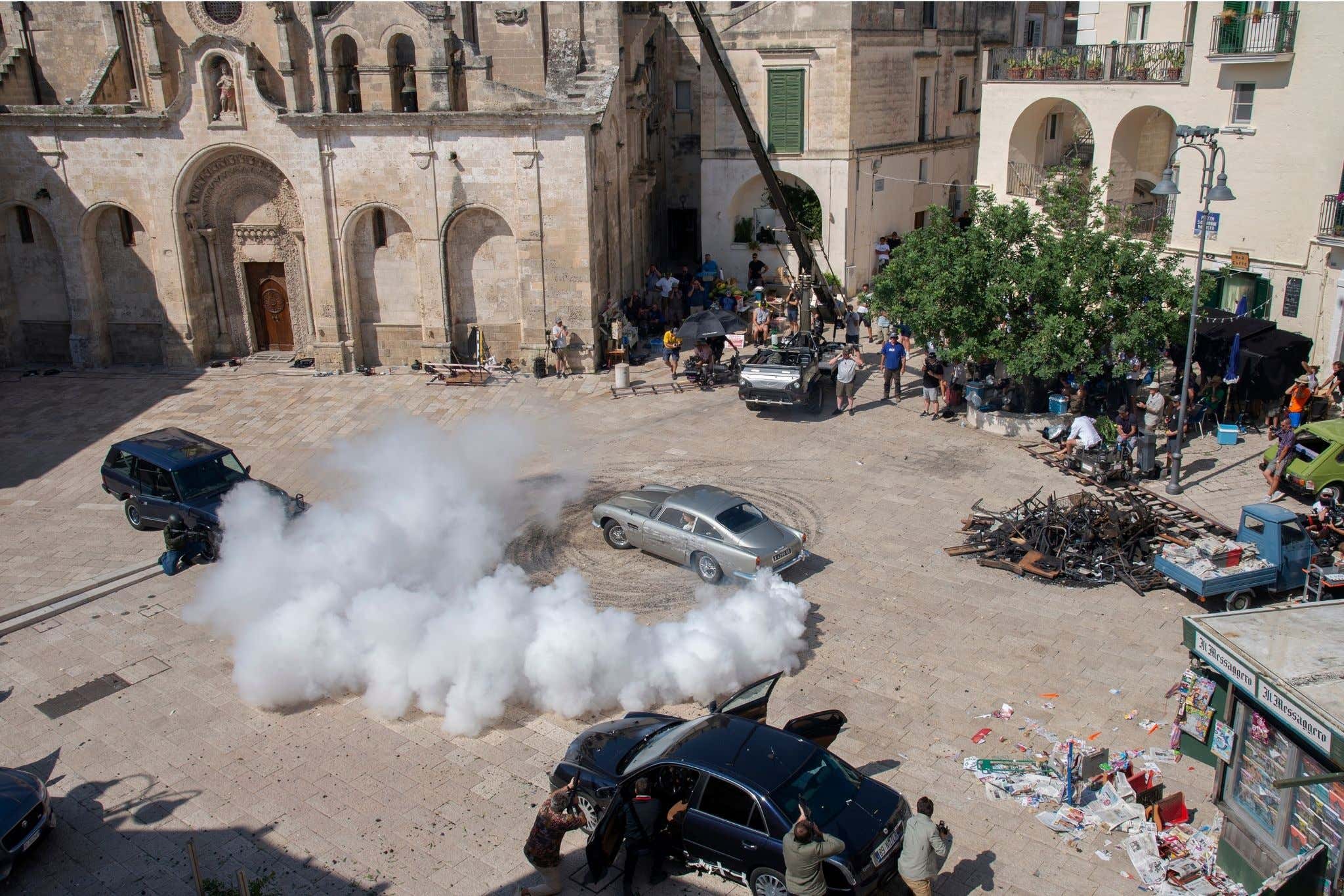 “You have to build up for the stunt sequences in such a way that it gets more intense,” Sandgren told me on the phone. “You have the emotions that the character has. And so that’s also part of why you can’t just shoot some cool shots of it. It’s better and I think it’s more scary for us as an audience to be thinking ‘Come on, you’ve got to make it!’ You know he’s going to make it, but you’re in the moment, and those things are really fun to work with.”

True to Bond form–and especially with Craig, who does many of his own stunts, taking the 007 mantle–the chase scenes are intense and improbable but with a British kind of wink built in. Intellectually, viewers know a driver won’t pop back up to die another day (see what I did there?) after seven barrel rolls but we’re willing to suspend reality. 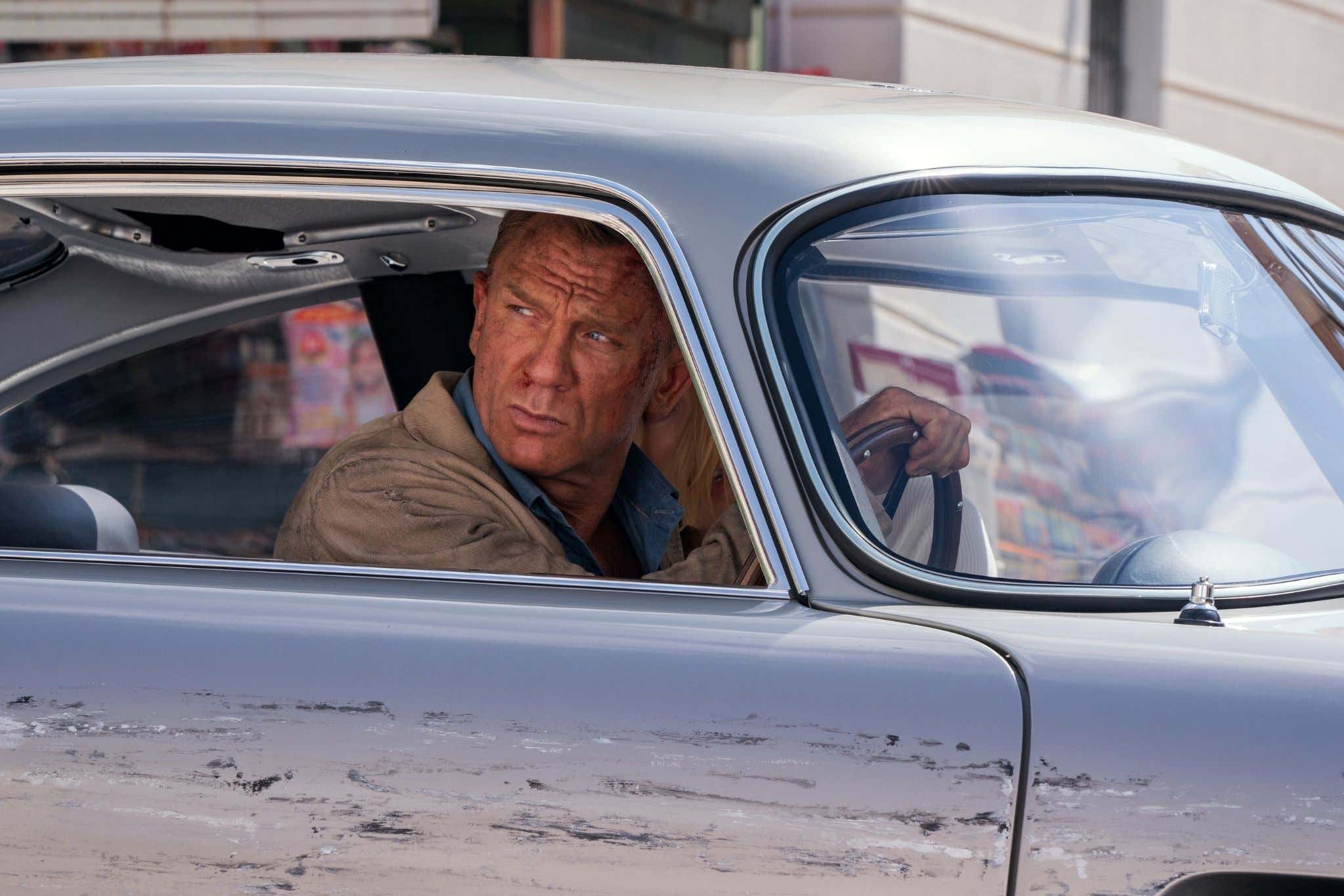 For No Time to Die, the team used eight vehicles in various ways to capture all of the sequences in the movie. To achieve Sandgren’s vision, which director Cary Fukunaga says takes longer takes and more complicated blocking, they had to come up with a way to show a concert of simultaneous microactions.

“Action sequences can be modular with a wide helicopter shot plus a shot of the wheel and a point of impact, for example, but we wanted to do shots that connect—A, B and C shots—in one shot,” explains Fukunaga. “And that was true not only of the action but for the dramatic sequences, too.”

The solution was to fit two of the DB5s with pods that allow the stunt drivers to control a car while sitting on the roof. With the stunt drivers up top orienting the car like marionettes from the top of a stage, the main actors’ faces could be captured on film inside the car even during high-speed sequences.

Right at the beginning of the movie, a motorbike careens through the streets of Matera, Italy; the filmmaker calls it “a little amuse-bouche” (an appetizer for those who don’t watch cooking shows) for the DB5 car chase sequence. The warmup is not a wimpy action scene: it sets the tone for the connection between Bond, the Aston Martin, and the audience.

Listening to Sandgren describe the sheer number of handheld cameras, drones, rigs, and everything else is dizzying. This is no let’s-stick-a-GoPro-on-the-side film job. The cinematographer had to figure out complicated math to calculate weights and balances for camera rigs on the stunt cars not just on one side, but on both.

“This is just an incredible experience to be part of to be able to do these kinds of things, to have the resources for it,” Sandgren days. “We really wanted to do it for real and not fake it in post. If you’ve seen the trailers with Land Rovers flying and rotating in the air, know that we shot that not one time, but multiple times with people in those cars.”

We’ve been waiting for more than a year since the trailer was released to finally see Craig’s final Bond film. I’ll bring the popcorn and Junior Mints.

No spoilers, please. Want to talk 007? I say the next car should be a Valkyrie. Send the writer a note: [email protected]