Before their average market value started circling around the $1.2 million mark, Mercedes-Benz 300SL “Gullwings” were just ordinary classic sports cars. They were used, maintained to a certain standard and sometimes crashed, only to then get fixed again using whatever parts the owner or a trusted mechanic could source. It’s safe to say that isn’t the case now, and this beautiful Horizon Blue example is proof of that having gone through an astonishing 100-point restoration.

When it comes to this particular 1957 300SL coupé finished in the standard silver grey, the files reveal an early history in France, followed by a boat ride across the water to the United Kingdom in 1981. What the paperwork fails to mention is who put the sealed-beam headlights and taillights from a 300SL Roadster on this previously crash-damaged Mercedes.

Now owned by a collector who’s also a Pebble Beach Concours d’Elegance judge, this fuel-injected, tubular frame design icon went through a rigorous restoration courtesy of vintage car specialist Thornley Kelham, makers of the limited edition Lancia Aurelia B20GT “Outlaws.” The Pebble judge wanted his 300SL to be “perfect, period-correct, and finished in anything but silver.” Thornley Kelham adds that while sourcing a large number of original parts that cost more than six figures on their own, the client also wished to do without the bumpers. 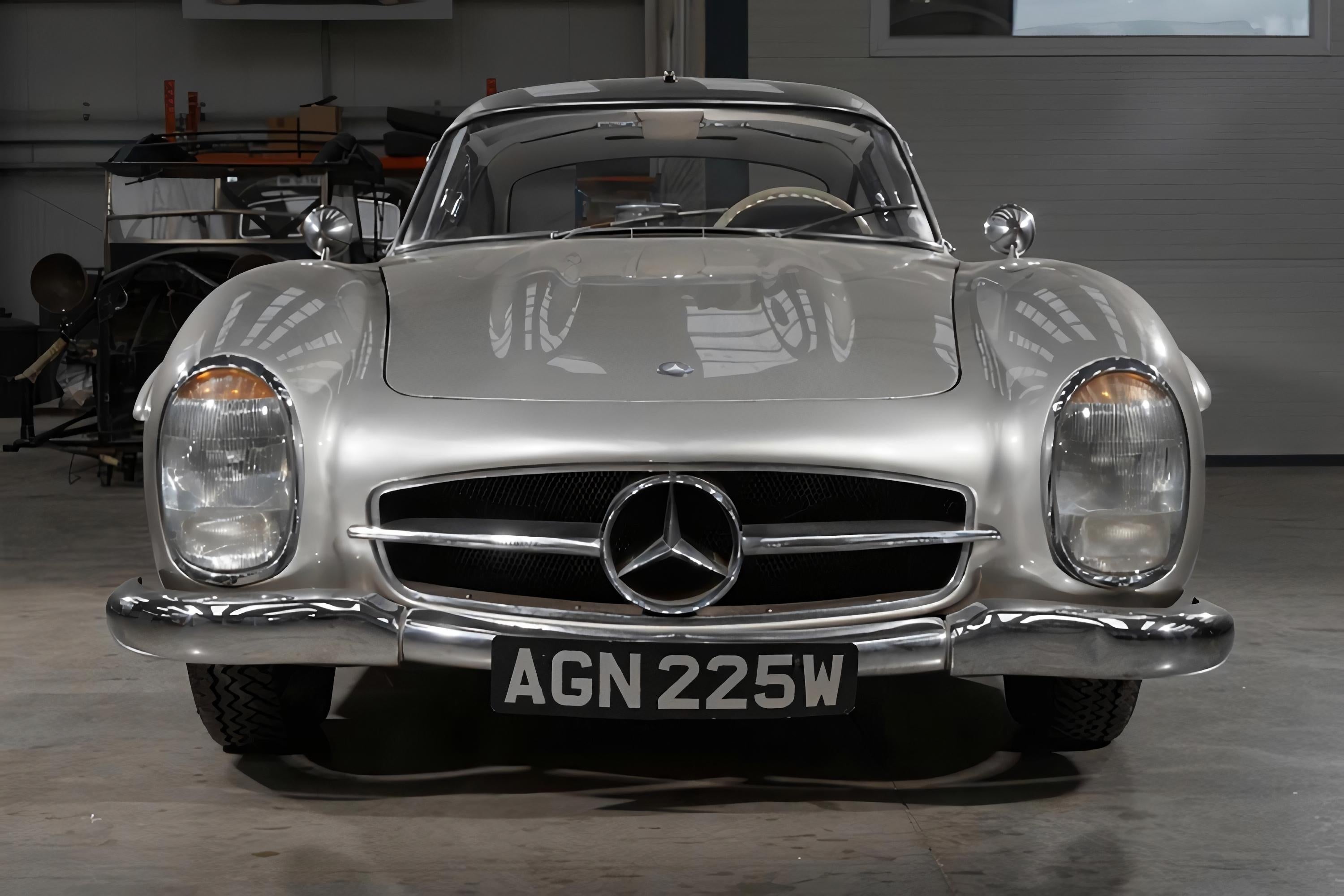 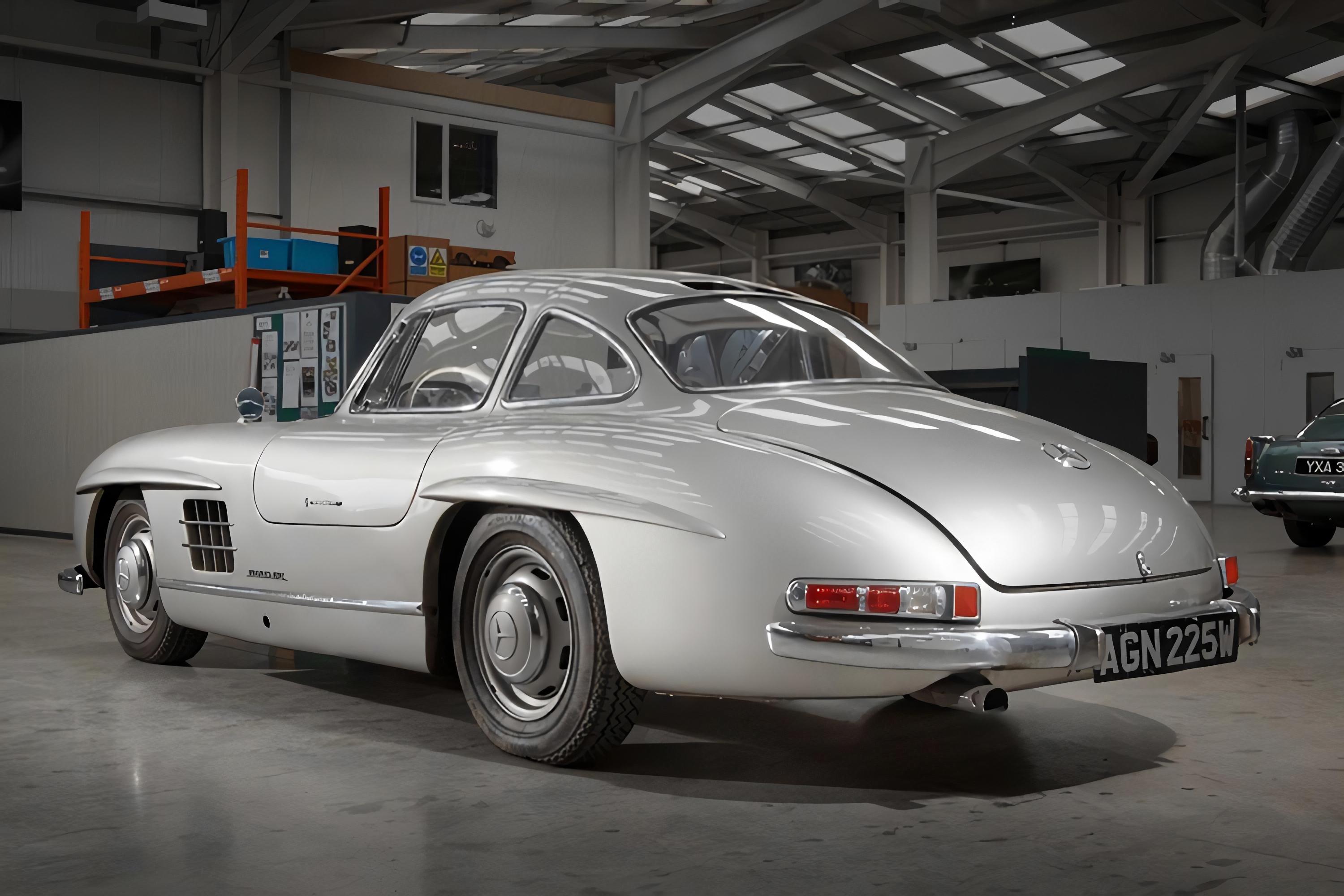 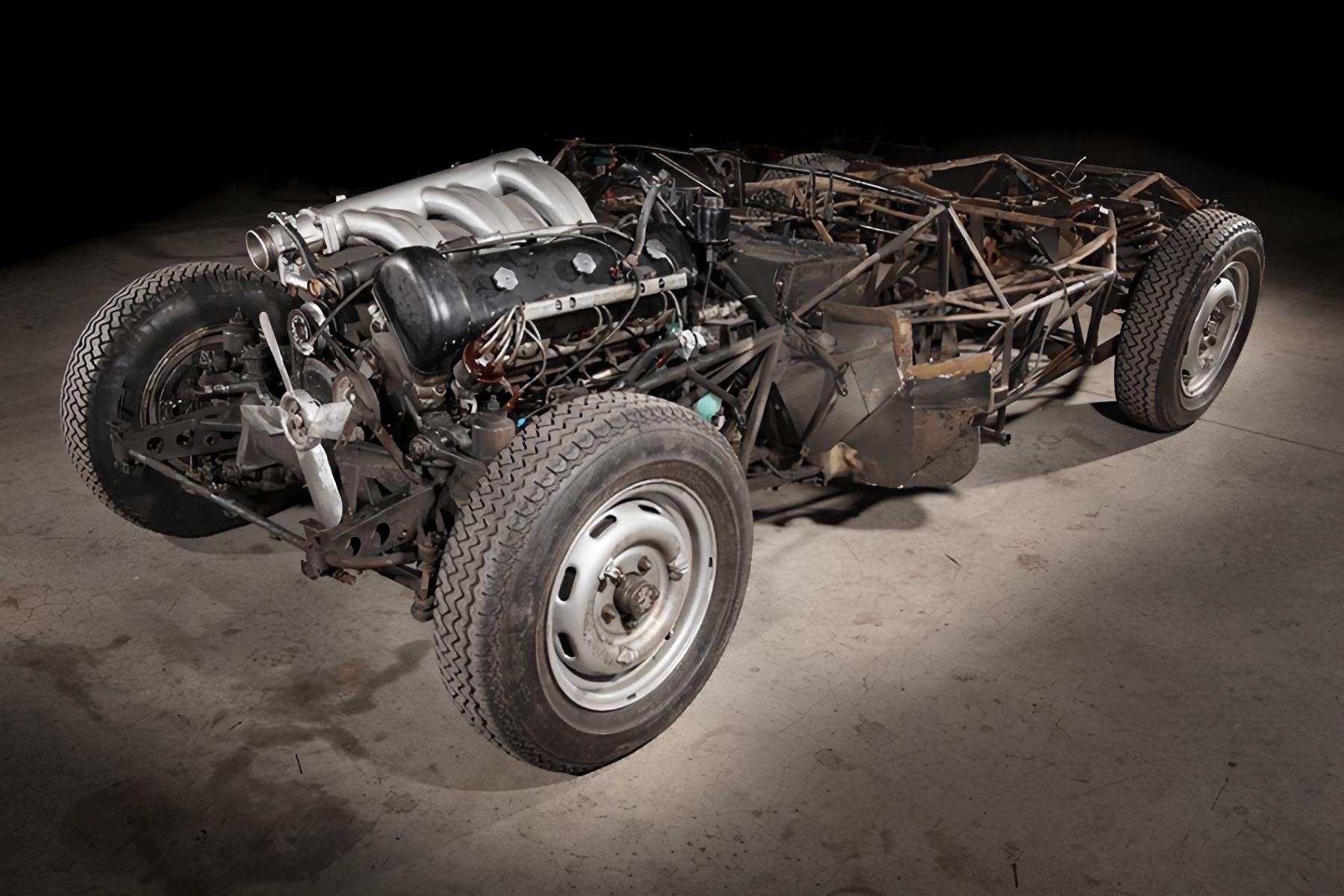 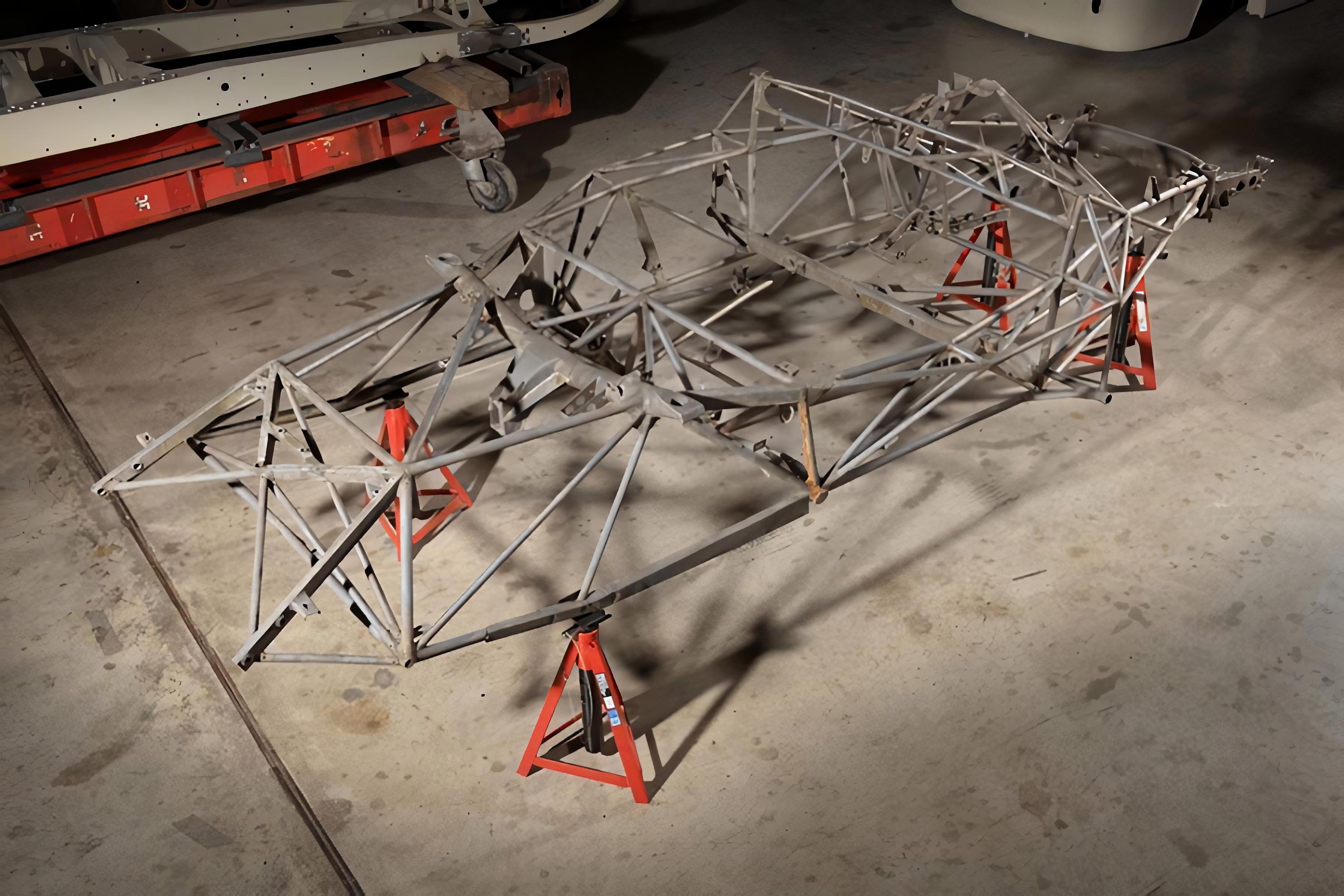 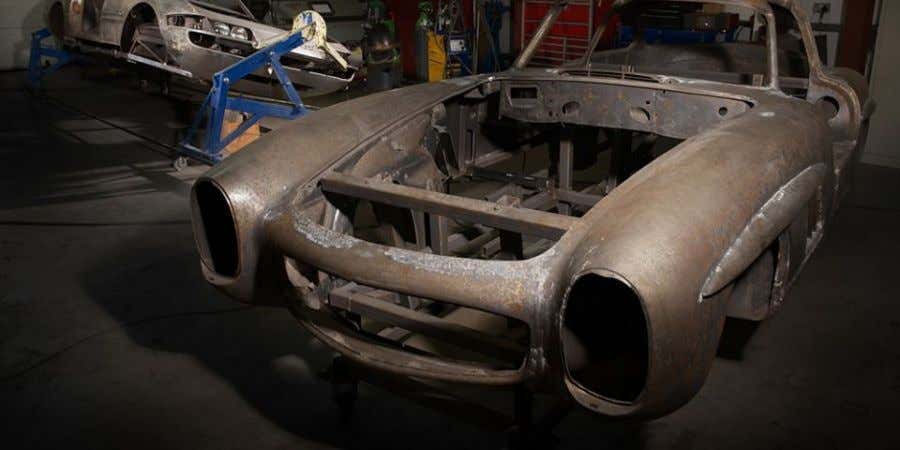 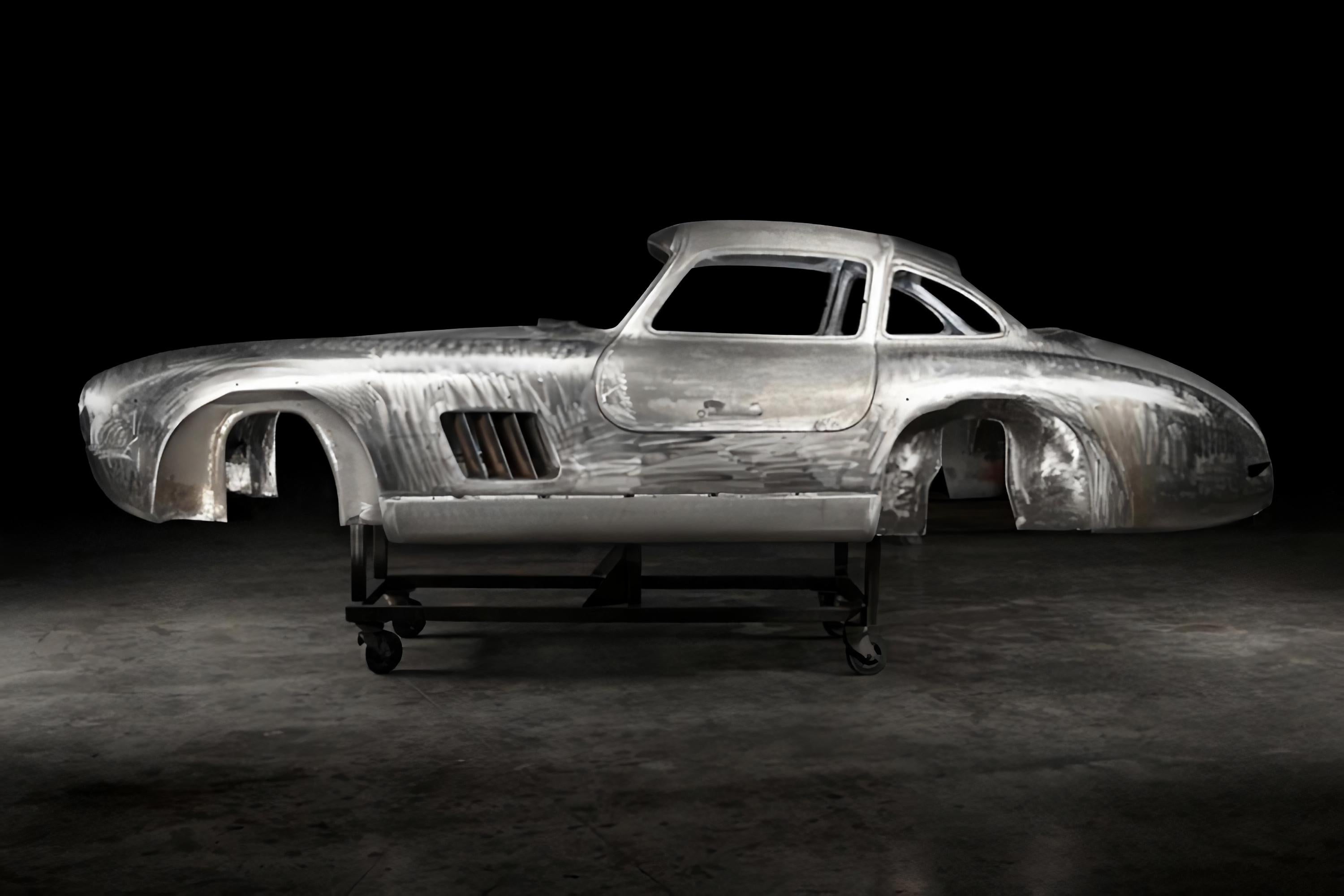 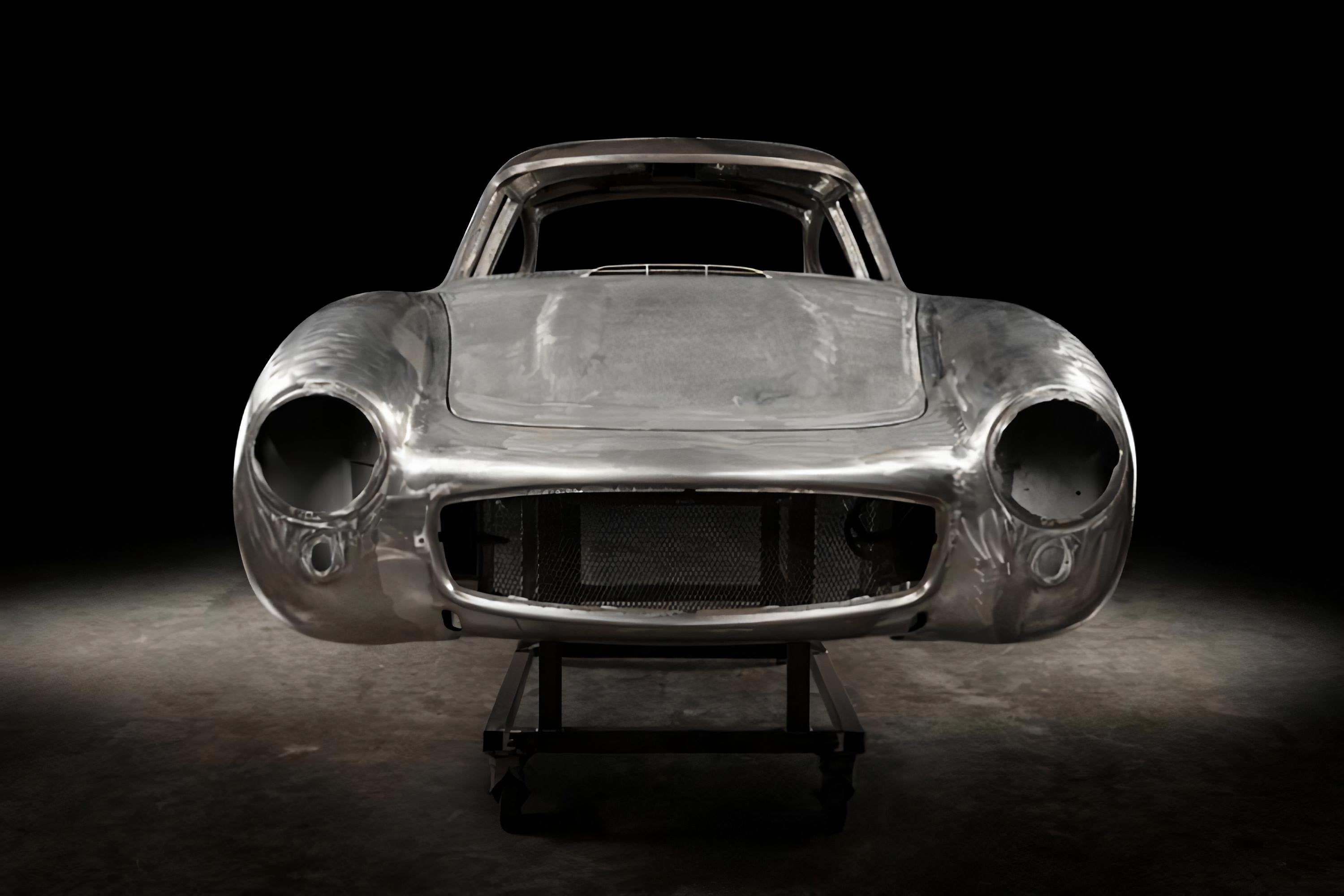 With the 300SL coupé being not only a car destined for America but also a rather impractical racing prototype turned into a road car, sales started to decline after 1955. Looking at the demands of California, Mercedes came up with a Roadster version for the 1957 Geneva Motor Show. This new model was 276 pounds heavier than the hardtop, yet also more powerful given its 240-hp rating. The engineers also changed the chassis to grant more luggage space, as well as a lower sill for easier entry.

Two years ago, the fifth 1957 300SL Roadster sold for $1,512,500 at Bonham’s Scottsdale event, partly due to also being the first Roadster exported to the United States. While that car left Germany with a Fire Engine Red exterior, today, it wears a few layers of Anthracite Glasurit instead.

The coupé’s last year was 1957, during which only 70 were sold. This means that this now-restored 300 SL is one of the rarest steel-bodied examples and a car that used to be an oddball with its Roadster headlights, all the way until it became a de-bumpered Concours d’Elegance contender showing the equally period-correct shade of Horizon Blue over a blue plaid non-leather interior.

Apparently, finding the interior lights for these on the second-hand market is a real pain in the butt. 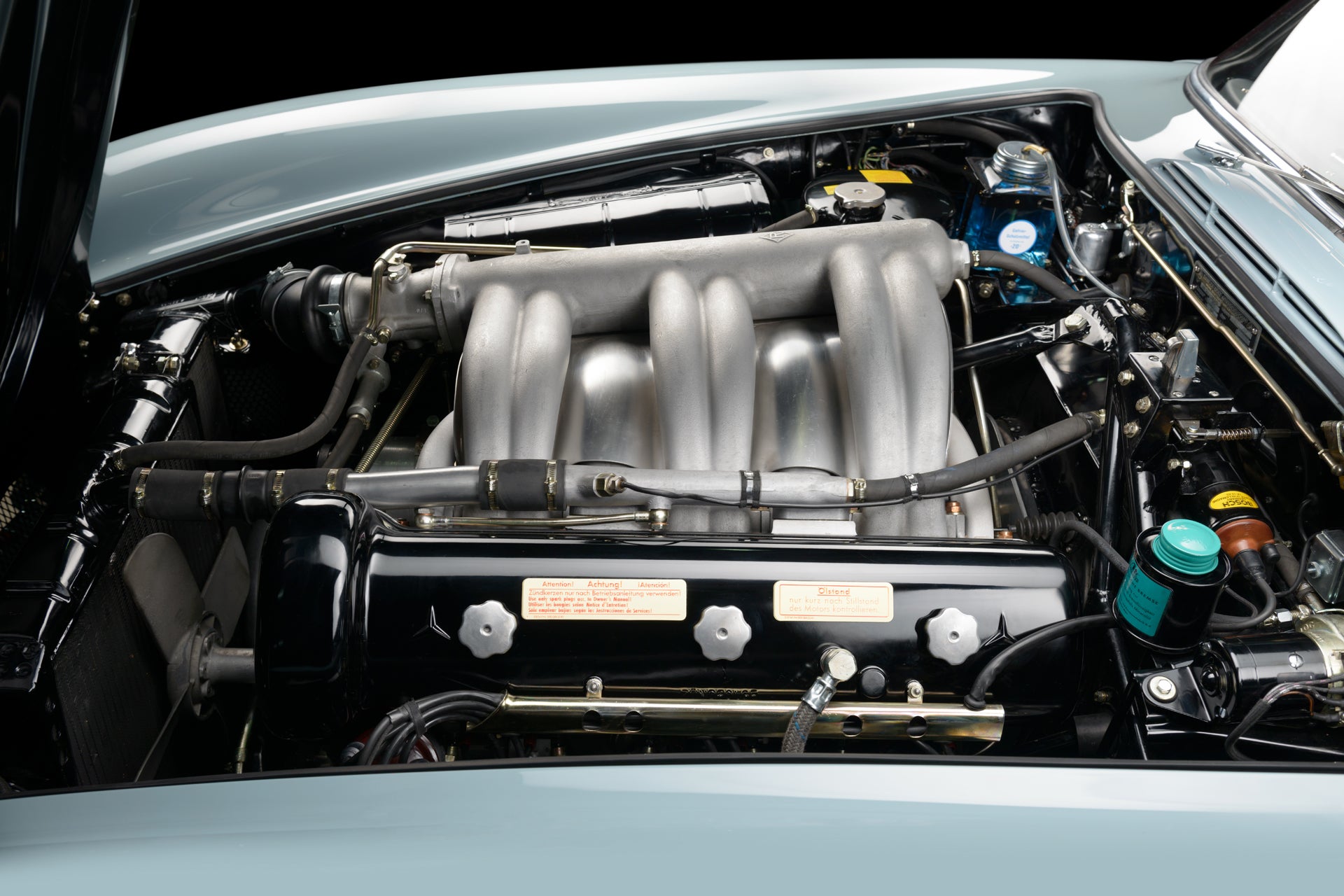 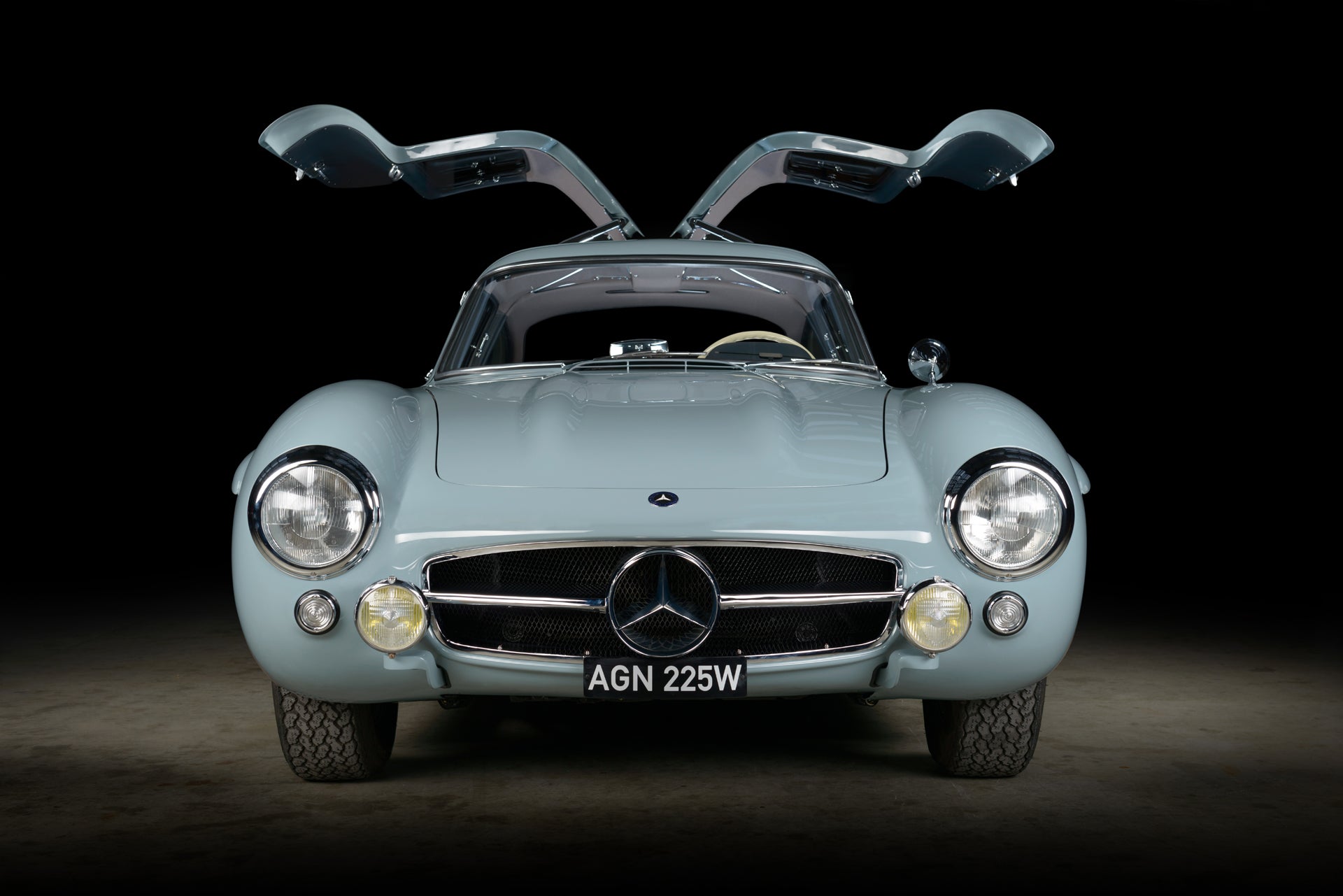 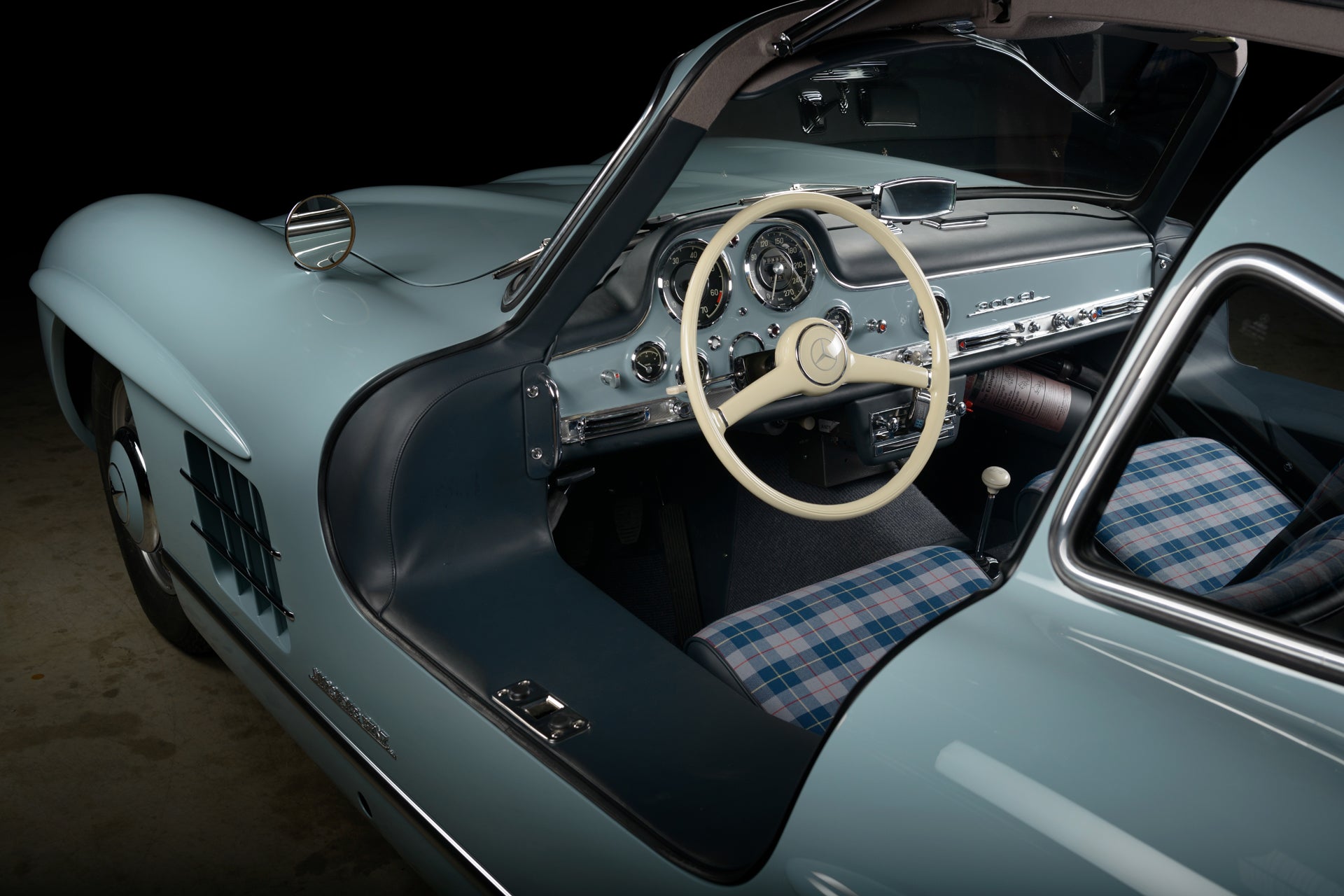 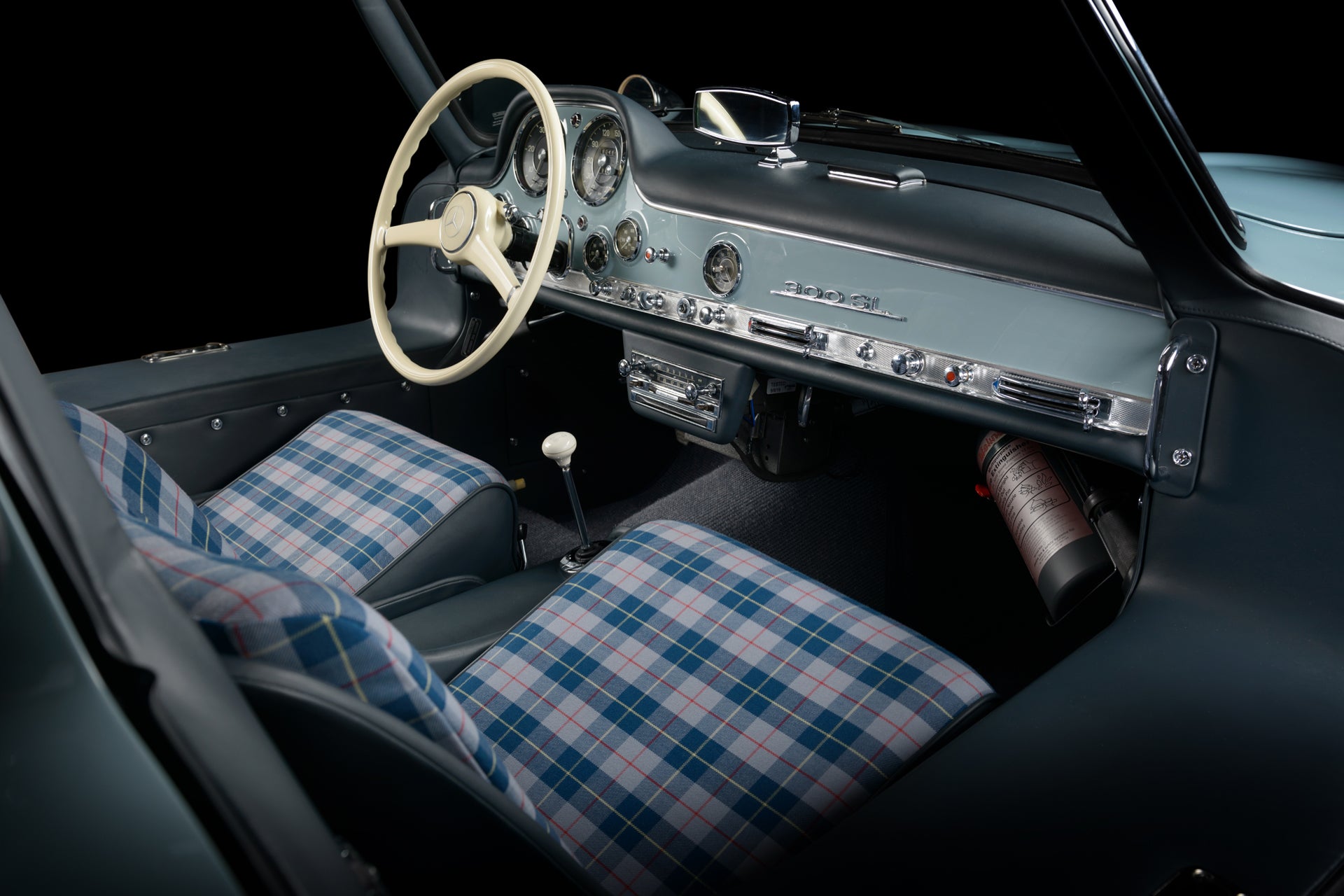 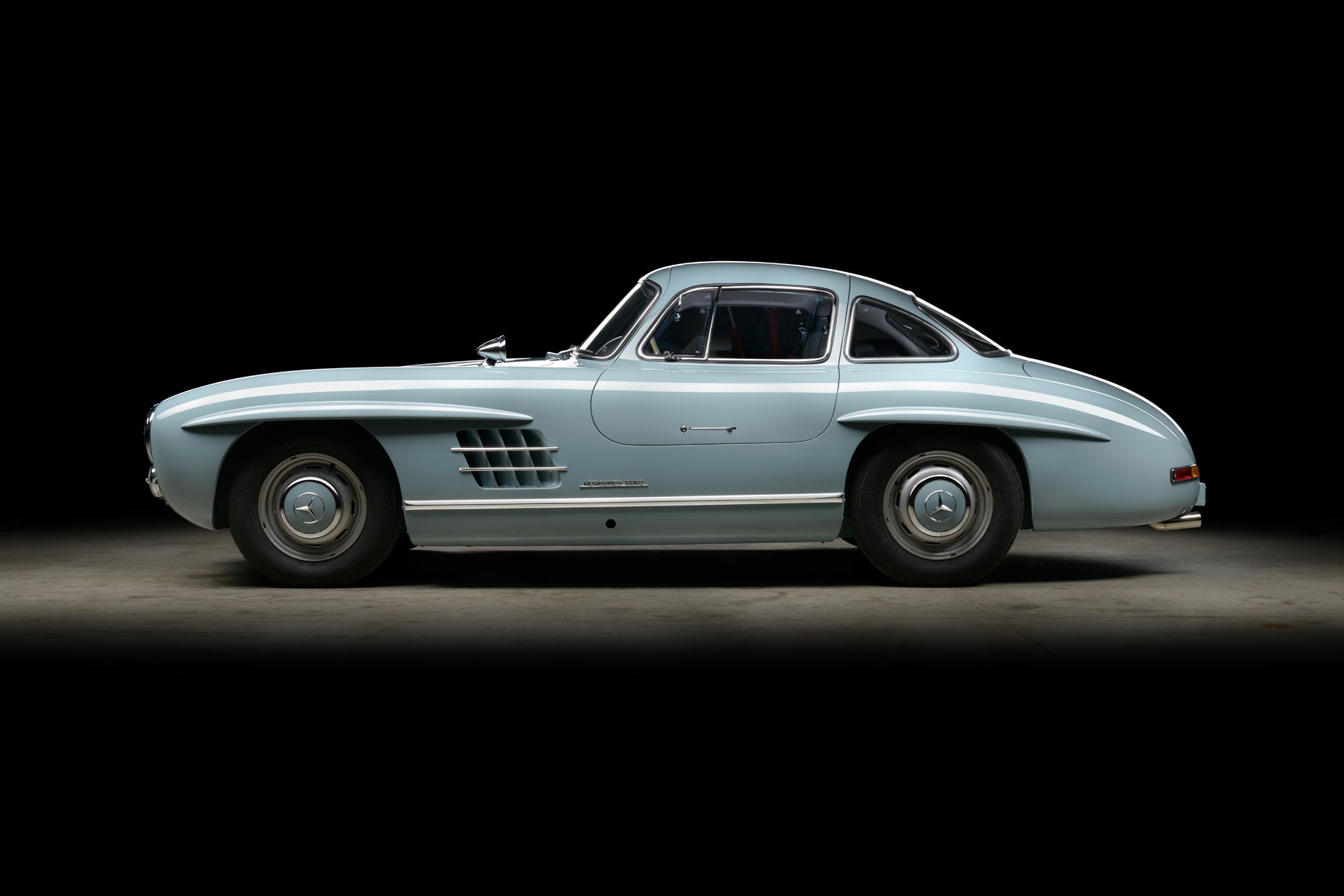 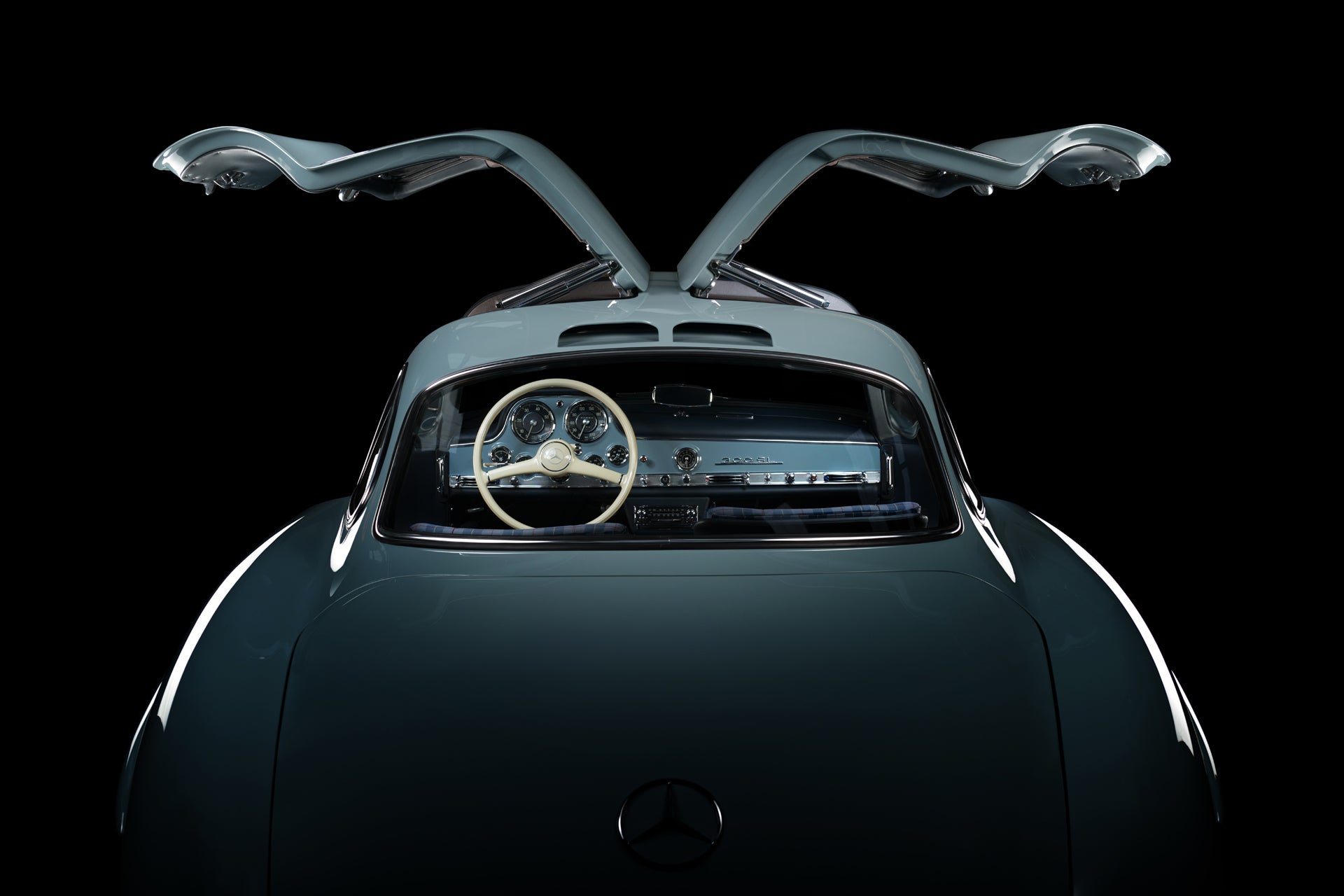