Cadillac used to call itself the standard of the world, but even top brass at the brand knew that wasn’t true. Packard, an automaker whose opulence peaked in the late 1920s and 1930s, was the true standard of the world. An American automaker creating some of the best cars on the planet, the brand pioneered the V12 layout, building massive coupes, sedans and phaetons that whispered effortlessly down the road. Never needing much marketing, the brand’s motto was simply “Ask the man who owns one.” Talk about a high horse.

After financial trouble which led to a merger with automaker Studebaker, the brand shortly went out of business, with Studebaker apparently not being completely transparent about its financial situation. The last real Packard, the Caribbean, rolled off the line on June 25, 1956, about 64 years ago. Despite not building a production car since then, people are still excited by the idea of reviving the brand. In the late ’90s, the current owners of the Packard name produced the Packard Twelve Concept, a V12-powered luxury sedan that while not quite looking the part, certainly had enough horsepower. Now, those same owners are selling the rights to use the name, as well as some other company assets. So, as it stands, somebody has an opportunity to make a new Packard. But what car should a revived Packard make? What should it look like? 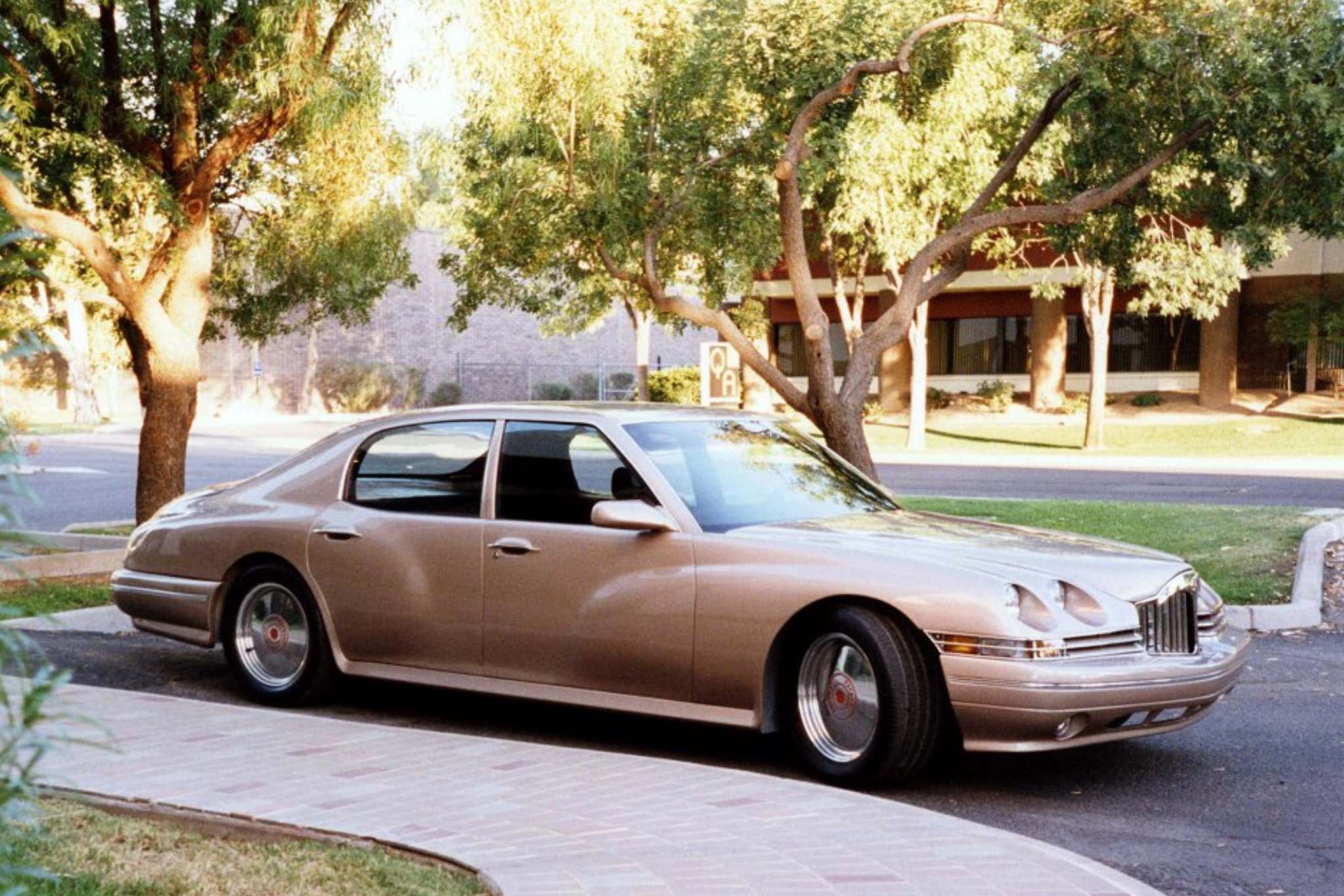 If it was me, I’d go one of two ways. You can make an old Packard, get a new V12 made like the current owners did, and put it in a very low production, extremely expensive sedan. That’s what was attempted before, though, and it didn’t take off. The other option is to make a Packard as it would’ve evolved into today. Likely electrified, still very expensive, but basically an American version of Rolls-Royce. That’s what I would do.

Start with two cars, a big sedan and an equally big SUV, make them fully electric or hybrid-powered—because range anxiety is uncivilized—put more wood and metal per square inch than any other car on the inside, and sell them for a ton of money. Don’t build your own platform, though. Get a platform from somebody like Lucid or Rivian. In essence, you would just be a coachbuilder, which is really what you have to do if you wanna make your own car company without spending billions of dollars.

Also, give it more cameras than a film crew and more screen landscape than a drive-in movie theater. Heat every surface the driver can possibly touch, make sure the seats can massage you into a state of nirvana, and include driver assistance tech good enough to match Cadillac’s Super Cruise. Maybe just get GM’s Ultium EV platform and have them throw Super Cruise in with the deal. Eventually, they’ll just buy you out anyway when they see how many cars you’re selling.

But that’s just my idea. How would you revive Packard? Tell me in the comments.