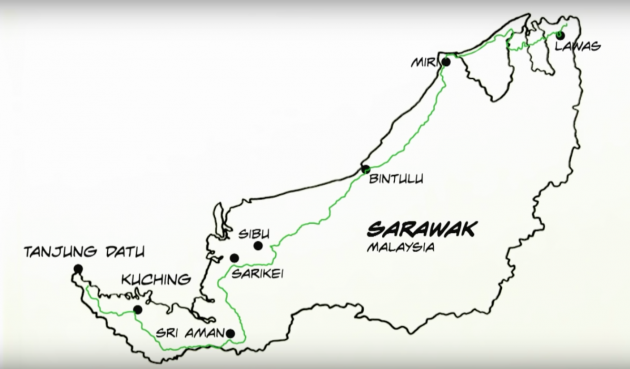 The government says that construction of Phase Two of the Sarawak portion of Pan Borneo Highway – from Pujut to Lawas – is being continued. This was announced by prime minister Datuk Seri Ismail Sabri Yaakob during the opening of the Serian Section alignment of the road network yesterday, Bernama reports.

He said he would discuss with senior minister of works Datuk Seri Fadillah Yusof and Sarawak chief minister Tan Sri Abang Johari Tun Openg on how to continue phase two of the project as well as development of related roads in the state. “I also give a commitment that we will not stop there, we will continue all projects for Sarawak,” he said.

He said the government saw the Pan Borneo Highway project as something that ws very important for the people of Sarawak, not only as a means to facilitate travel but also to strengthen the local economy.

Construction of the second phase of the road project had previously been approved by the federal government, but was cancelled when the government changed hands after the 2018 general election. “I want to mention that the impact of the change of government was huge not only at the federal level, but also at state levels,” he said.

The 33.65 km-long Serian Section stretch is part of the Work Three package from Bulatan Serian to Simpang Pantu, which covers a total distance of 75.015 km. Fully completed yesterday, work on the section involved upgrading the existing federal road from Bulatan Serian to Balai Ringin, at a total cost of RM700 million.