When I think of rough, rugged SUVs, I have to be honest: Lexus isn’t the first thing that pops into my mind. Rather, it wasn’t until I tagged along on an off-road test with the one and only Ivan Stewart in an LX 570 and he told me “we could take this stock SUV and do the whole Baja 1000 peninsula, just as it is.” The man has been off-roading for decades; he knows what he’s talking about.

After notching a victory in the 2019 Rebelle Rally with a “bone stock” GX 460, for the 2020 rally Rachelle Croft and Taylor Pawley commandeered the J201 Concept, a beast of a Lexus SUV based on the LX 570. The SUV was modified at Lexus’ behest with a laundry list of off-road-ready goodies by Croft and her husband Clay, owners of Expedition Overland. While the team took second place in the J201, that’s no smudge on the record of what our own Chris Tsui calls an “apocalypse-ready” vehicle. 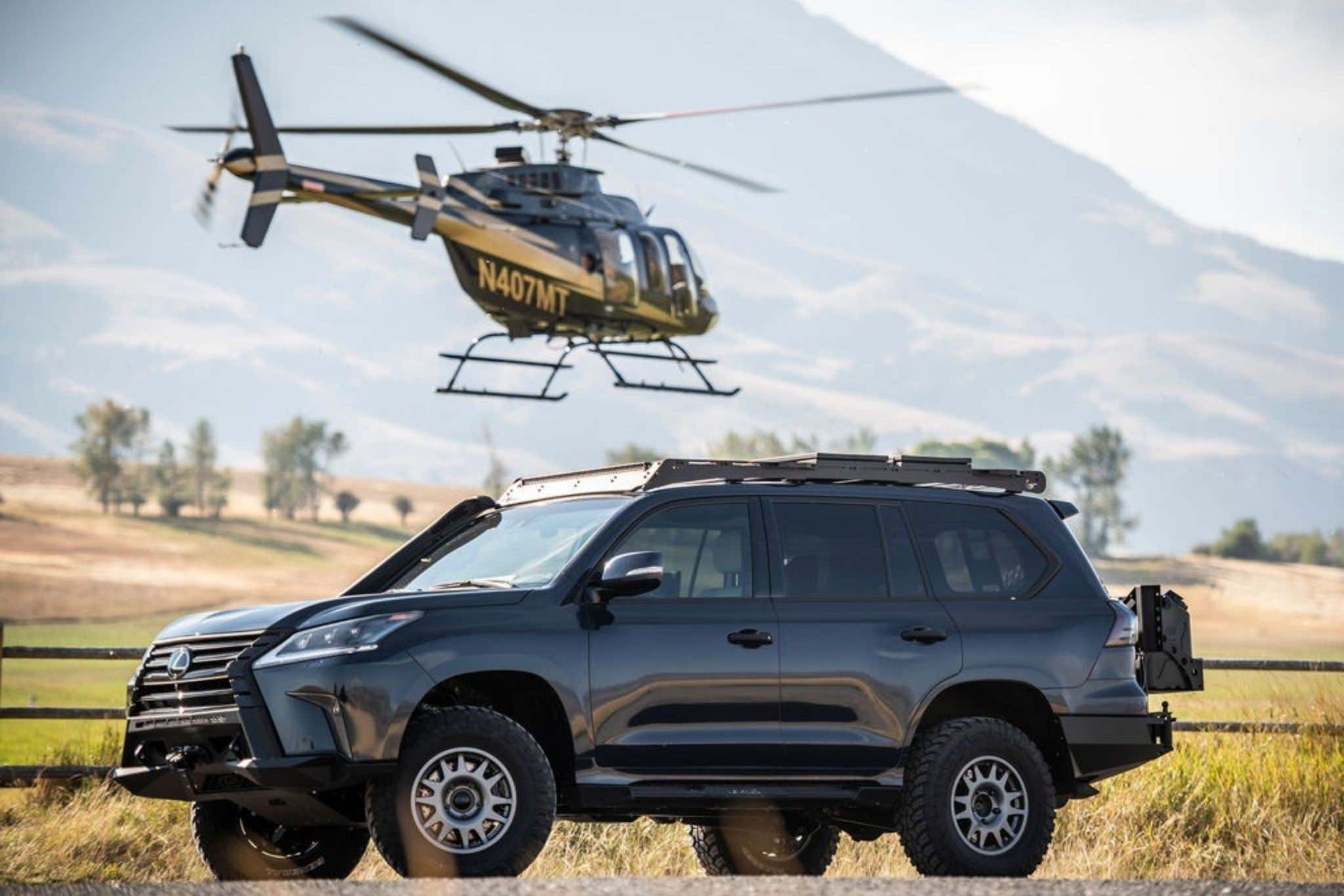 Inside the cabin, the J201 retains the luxury of the LX 570. On the outside, skid plates, rock sliders, and CBI Offroad bumpers act as armor against challenging terrain such as the 1200 miles of rocky, sandy, dusty roads of the Rebelle Rally. Expedition Overland added a Warn Epic recovery kit, TJM Airtec snorkel, an Icon Vehicle Dynamics suspension, 17-inch Evo Corse DakarZero wheels, 33-inch General Grabber X3 tires, and both front and rear performance differentials to improve the SUVs off-roading performance.

Recovery hooks and a light bar sit on the front bumper, and a spare tire, two five-gallon water cans, and a ladder are mounted to the back. As a nod to real-life overlanders who might use this vehicle if it ever makes it to production, the Crofts installed a drawer system in the cargo area with built-in dog bowls for furry passengers.

“We added front and rear air lockers and properly re-geared the vehicle to handle taller tires, and then we supercharged it. That thing scoots,” Clay Croft says with a grin. 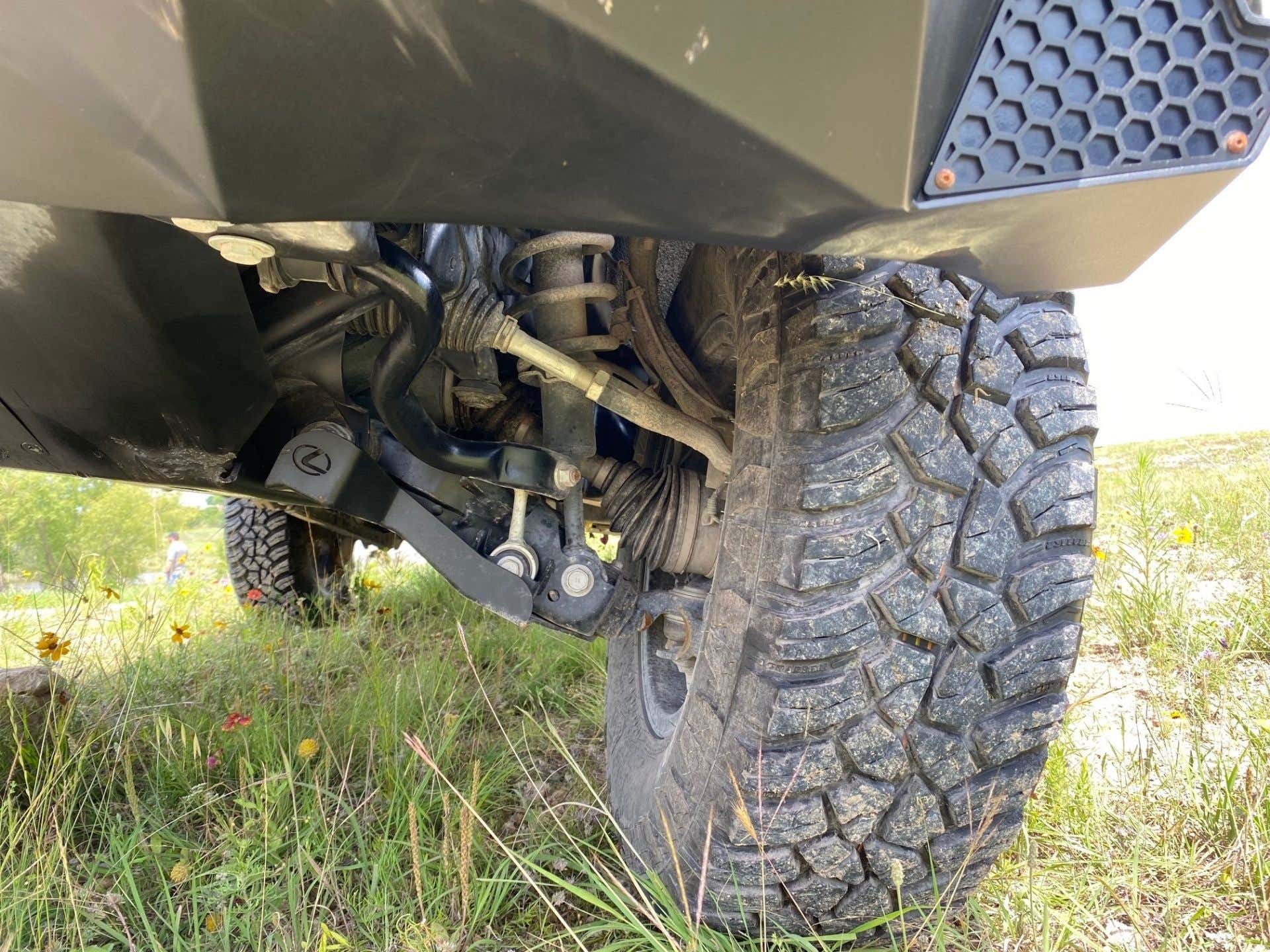 Rachelle told me that they based the J201 concept on their idea of what kind of person might want it and drive it. They’ve built 19 vehicles over the years for off-roading specs and all were Toyota or Lexus except for two: a Ram 3500 diesel and a 2020 Gladiator to which they assigned the code name Odin.

“Then we started from ground level up with a slightly taller tire and functional accessories like a light bar, but we kept stock suspension because it’s so good,” he says. “From there, we dissected which products would make sense.” 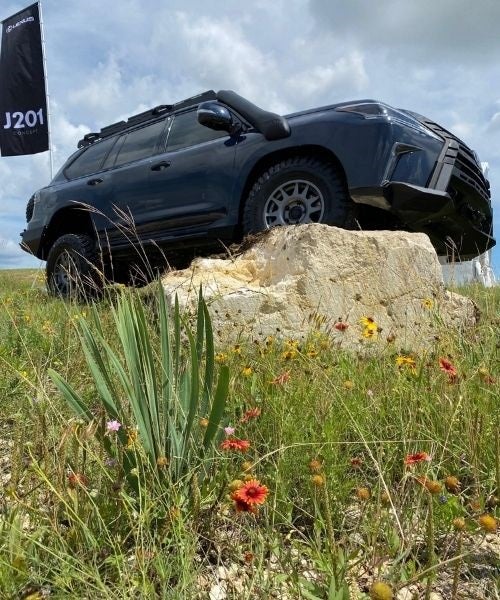 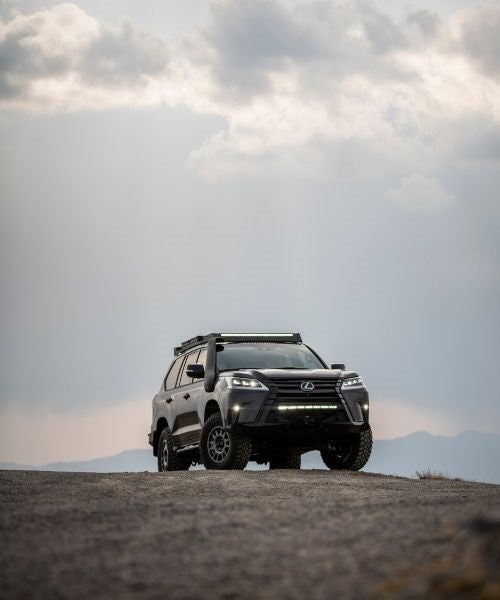 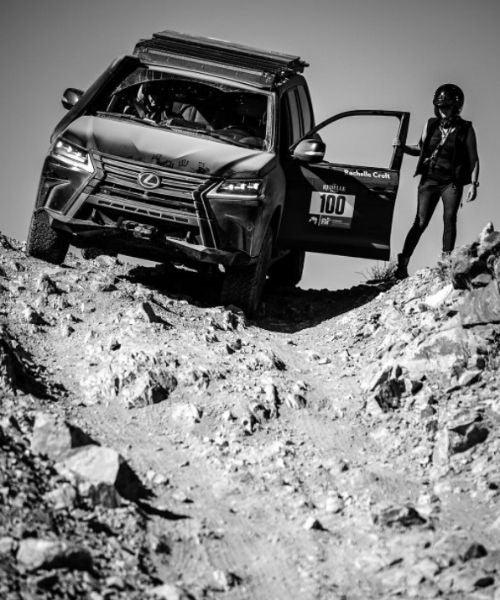 “The capability of this SUV comes from its Land Cruiser heritage,” Rachelle says. “The LC 100 was built for a 500,000-mile serviceable life in a third-world country and they were made to thrive.”

Clay chimes in: “Land Cruisers are used as daily drivers in the U.S., so we’re driving a car that was built with incredible tolerance, longevity, and reliability that makes the Land Cruiser as legendary as it is.”

While the Land Cruiser has been discontinued in the U.S., the Lexus LX 570 is ready to assume the mantle of its off-road-ready body-on-frame cousin. Clay Croft says that 90 percent of the J201 is repeatable, so perhaps we’ll see more like this on the trails.