Australia is a broad land which comes with some unique challenges. Towns and cities are often separated by great distances, which can make delivering services like timely medical care difficult. Dr Michael Livingston is a doctor in rural Western Australia, and knows this all too well. The rural practitioner has been fighting the local Department of Transport to get his Nissan GT-R approved as an emergency vehicle, reports ABC News.

Livingston provides medical services at a pair of GP clinics in the Western Australian cities of Ravensthorpe and Hopetoun. At a distance of over 300 miles from the state capital, Perth, and with a combined population under 3000, the remote area has limited medical staffing and facilities. Often, Livingston is called on to respond to medical emergencies at the local Ravensthorpe Health Service, which isn’t staffed with a doctor round the clock to handle advanced cases. 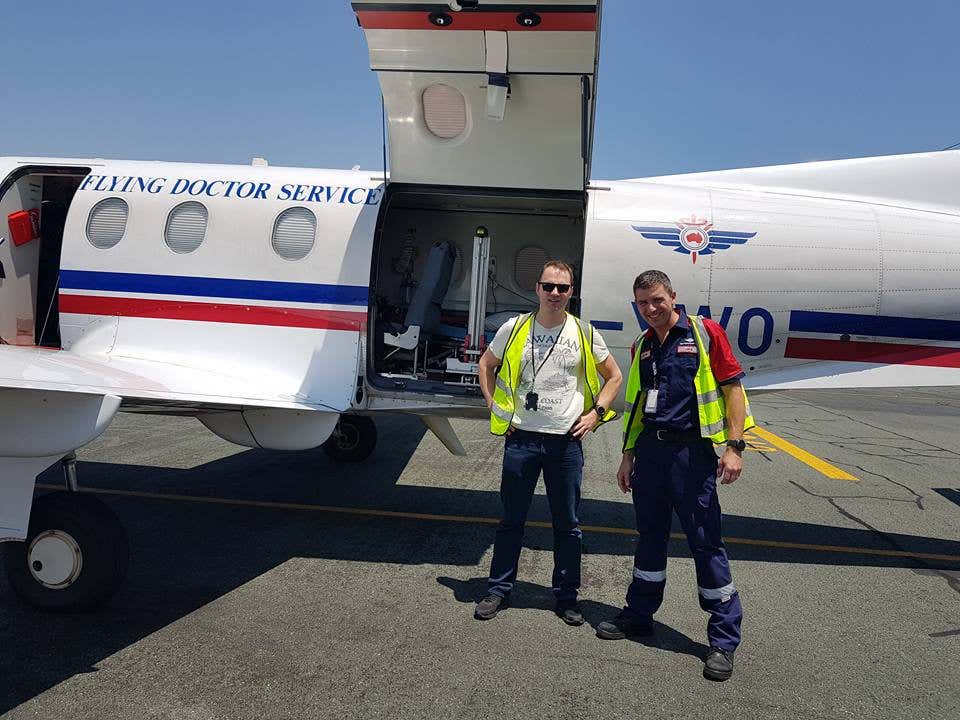 The situation came to a head in March. At the time in neighboring Hopetoun, Livingston was called to the Ravensthorpe medical center to assist with a one-year-old child who had stopped breathing. In his own words, the doctor drove “at speed” in his own vehicle to reach the center as quickly as possible. Worried about the time factor, Livingston noted that “As I’m driving there I’m thinking, ‘Will I just arrive at the end … as in, [will the child be] dead?” Thankfully, he arrived in time, and the child was able to be stabilized and transferred to a Perth hospital by the Royal Flying Doctors Service. The child went on to recover and was discharged 3 days later, but it caused the rural doctor to consider the issue of his response time to the urgent situation.

The situation pushed Livingston to apply for an Emergency Vehicle Status with the Western Australian Department of Transport. This allows a vehicle to be fitted with flashing lights and sirens, and exempts the driver from certain road rules when responding to an emergency. According to documents published by the WA DoT, approval for emergency vehicle status can be granted by the CEO of the DoT, and application approvals usually take on the order of six weeks. 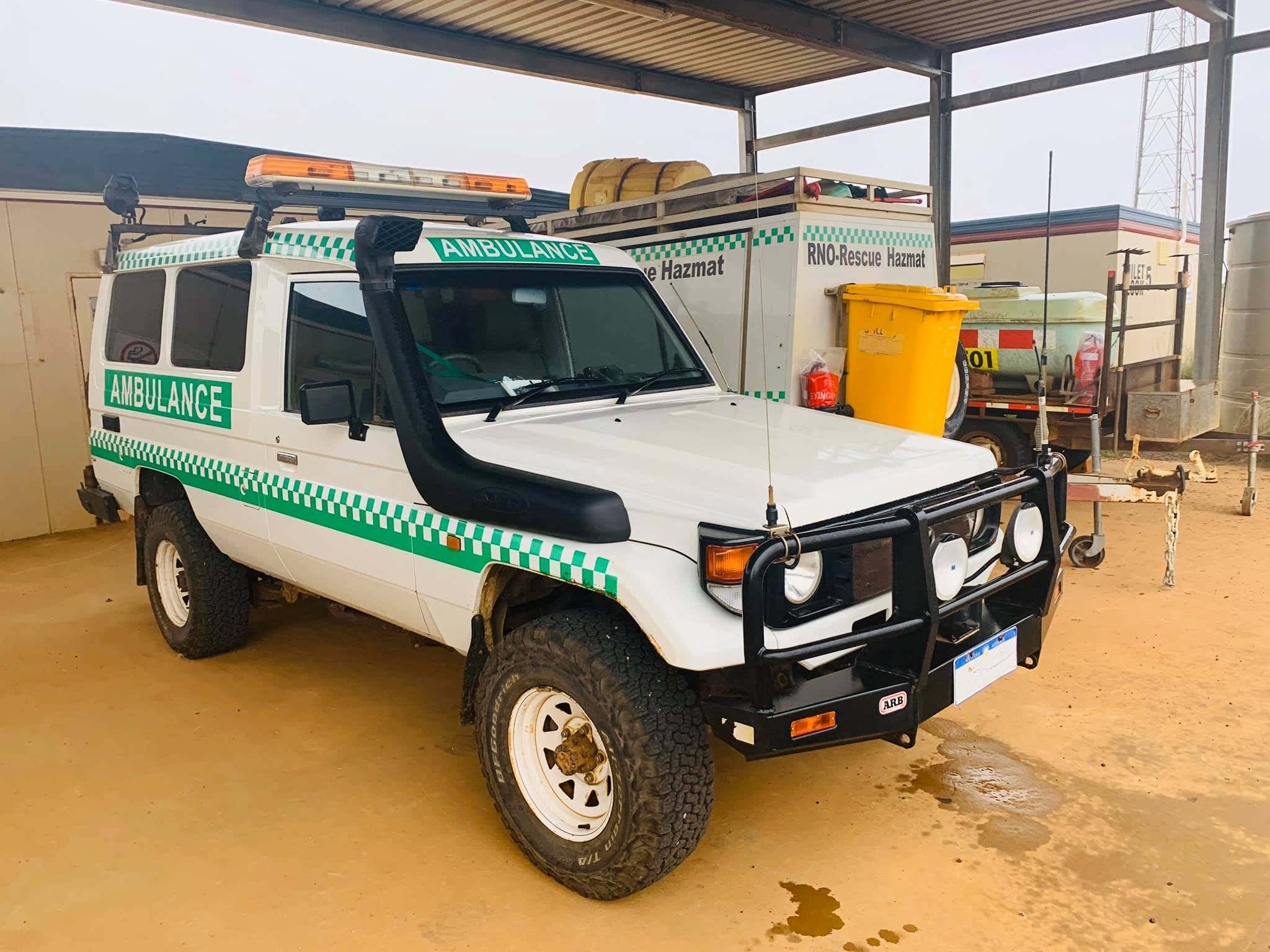 Unconventional vehicles pressed into ambulance service are common in rural Australian areas, where dirt roads and tough conditions are common.

However, Livingston’s application to grant his Nissan GT-R emergency vehicle status was rejected by the DoT. Despite having completed the required training, ABC News reports that a variety of reasons were provided by a DoT representative as to why the doctor’s application was rejected. Surprisingly, among these were allegedly an assertion that “male drivers are more likely to be involved in high-speed driving and have high-risk taking behaviours,” something likely to rankle the many male ambulance drivers working in the state of WA.

Additionally, the DoT noted concerns around the low front-end of the Nissan GT-R and its safety in the event of an animal strike. Large bullbars are often fitted to vehicles used in rural areas of Australia in order to protect against kangaroos or livestock on the road, something which Livingston’s GT-R does not have. On this point, the department noted that “A dead or severely injured doctor is of no benefit to the current emergency, your community or any future patients.”

The Department also noted that full Emergency Vehicle Status (EVS) is usually only provided to vehicles part of the state’s official emergency service network, such as St Johns Ambulance vehicles and similar. However, on the issue of emergency warning lights, the DoT website also states that “Only vehicles operated by genuine emergency services operating as part of the State emergency network, or in an area so remote that existing emergency services are inaccessible, will be considered.” Given that Ravensthorpe is far enough out to be served by the Royal Flying Doctor Service, it could be argued that provisions should be made.

Following the article, in a post on the Livingston Medical Facebook page, the doctor aimed to clarify several points regarding the issue. “I am not looking for permission to speed,” states Livingston, noting that the primary issue is around others on the road, a common hazard to emergency vehicles. With no sirens or lights to communicate his intentions, the doctor claims he has experienced “less than courteous behaviour by other roads users,” including brake checking from other drivers, and road-trains “dusting” his vehicle with dirt and stones when he has attempted to pass. Thus, he desires lights and sirens such that other drivers will realize he is an emergency responder, not simply a reckless driver.

Livingston asserts that, based on emails received during the application process, the application was vetoed by representatives of the WA Police and St Johns Ambulance. The alleged argument was that officials don’t want to start a “precedent,” though of what it is unclear. It could raise the cynical question as to whether a more run-of-the-mill vehicle would have been treated differently. The Drive has also reached out to the Department of Transport for comment and will update this article accordingly.

Livingston is continuing to negotiate with the department, hoping that his unusual “ambulance” could be used to highlight the disparity of rural healthcare in Australia in addition to making his job safer and easier. Great distances, limited funding and low patient numbers often conspire to make healthcare a difficult proposition in these areas. Not having the right equipment can only make that harder. Whether the Department of Transport comes to the table will remain to be seen.

`Got a tip? Let the author know: [email protected]