There are just a few days left before Christmas, and joy of joys, it appears Santa has finally decided to answer The Drive’s annual wish for a Ferrari LaFerrari Aperta under the tree. Granted, we didn’t specify that it be our $7 million hypercar beneath our Christmas tree—well played, fat man. Well played indeed.

In reality, this vision of ho-ho-horsepower comes courtesy of California-based Ferrari collector Tony Shooshani and Amber Blonigan, founder and owner of Gi Automotive Group, an exotic car repair and customization shop in Beverly Hills. Blonigan spends her days surrounded by unfathomably fast cars, so it only makes sense she’d have a different perspective on what makes a good tree hauler. An entirely correct perspective, as it turns out. 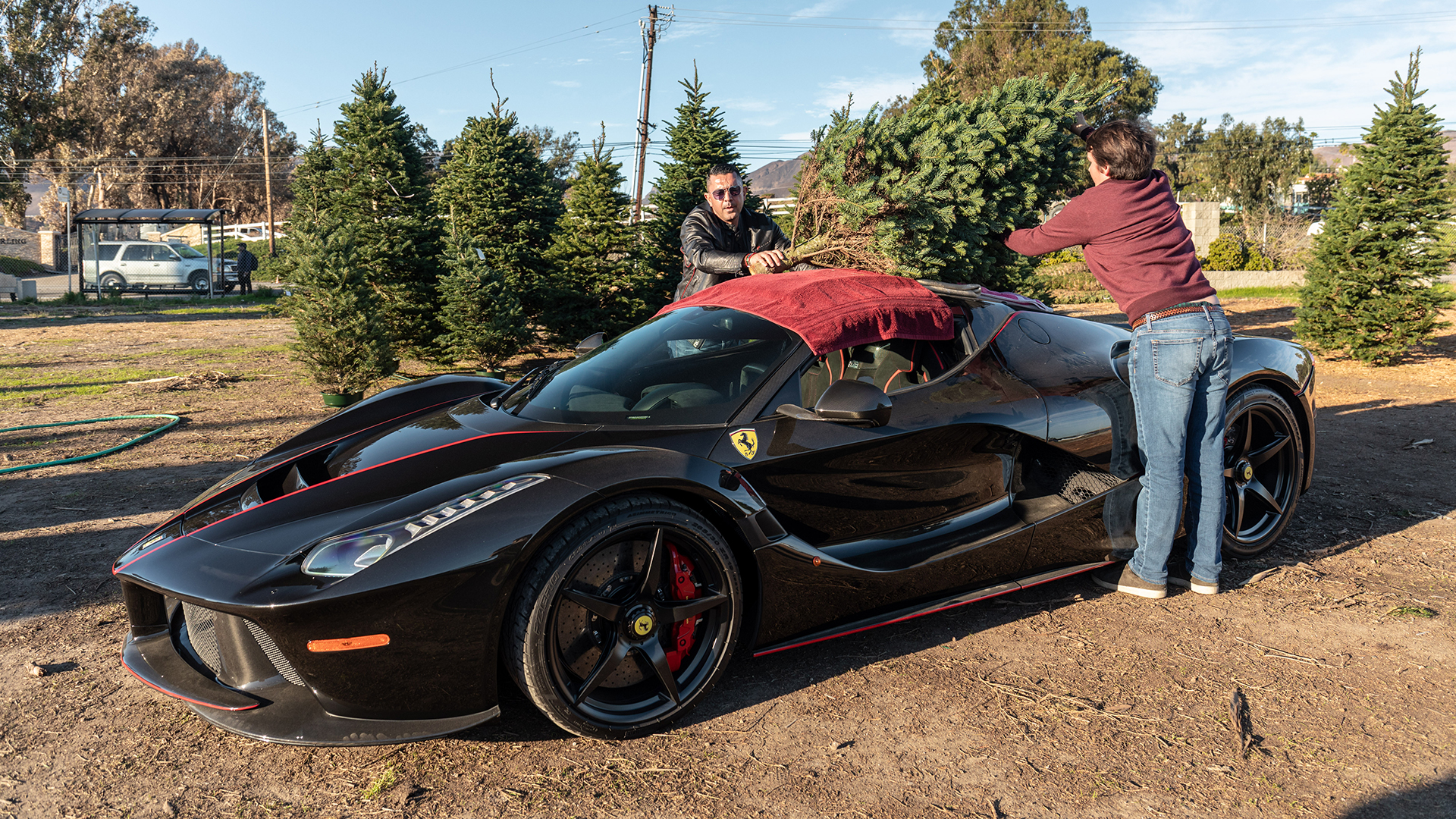 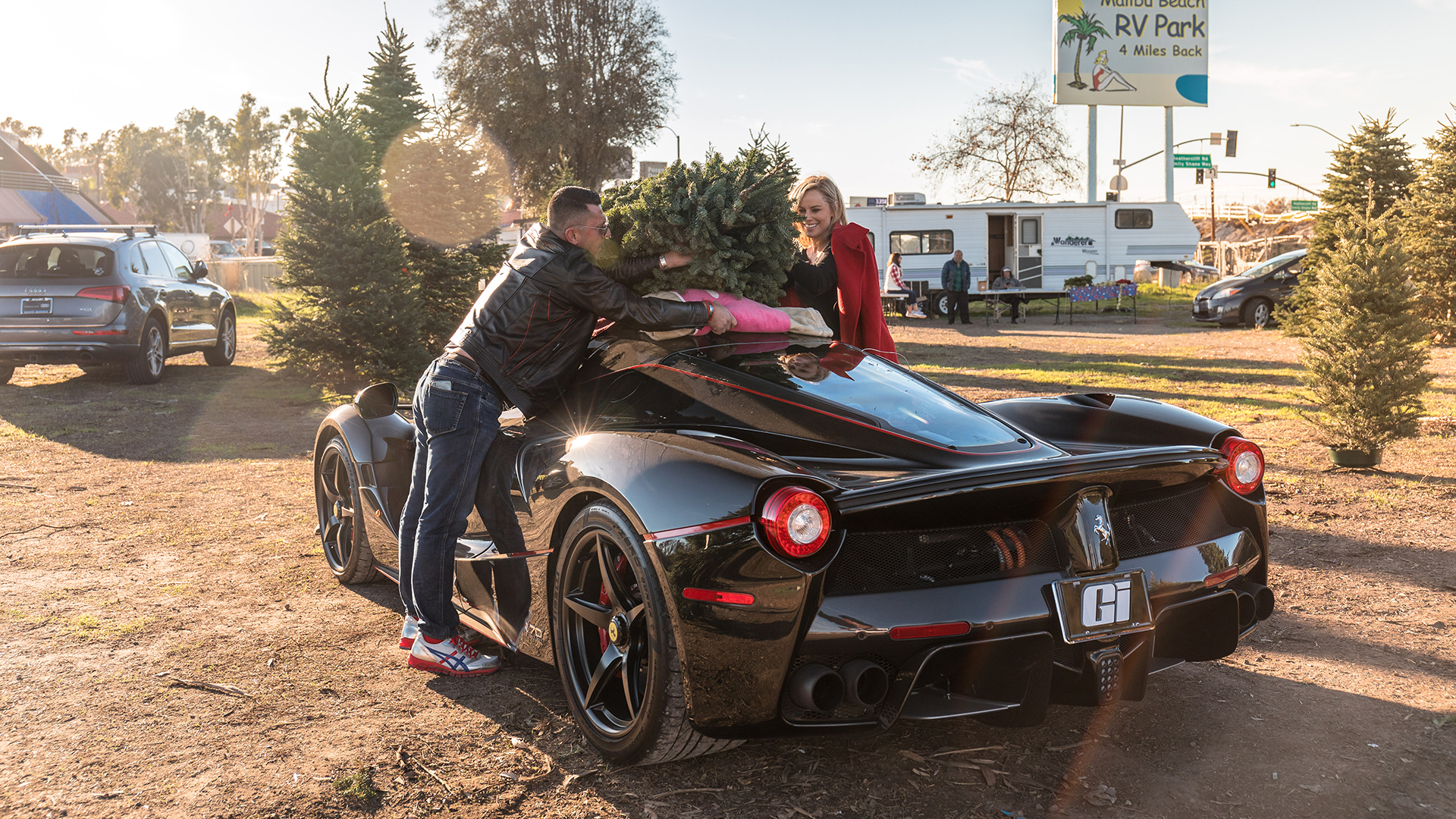 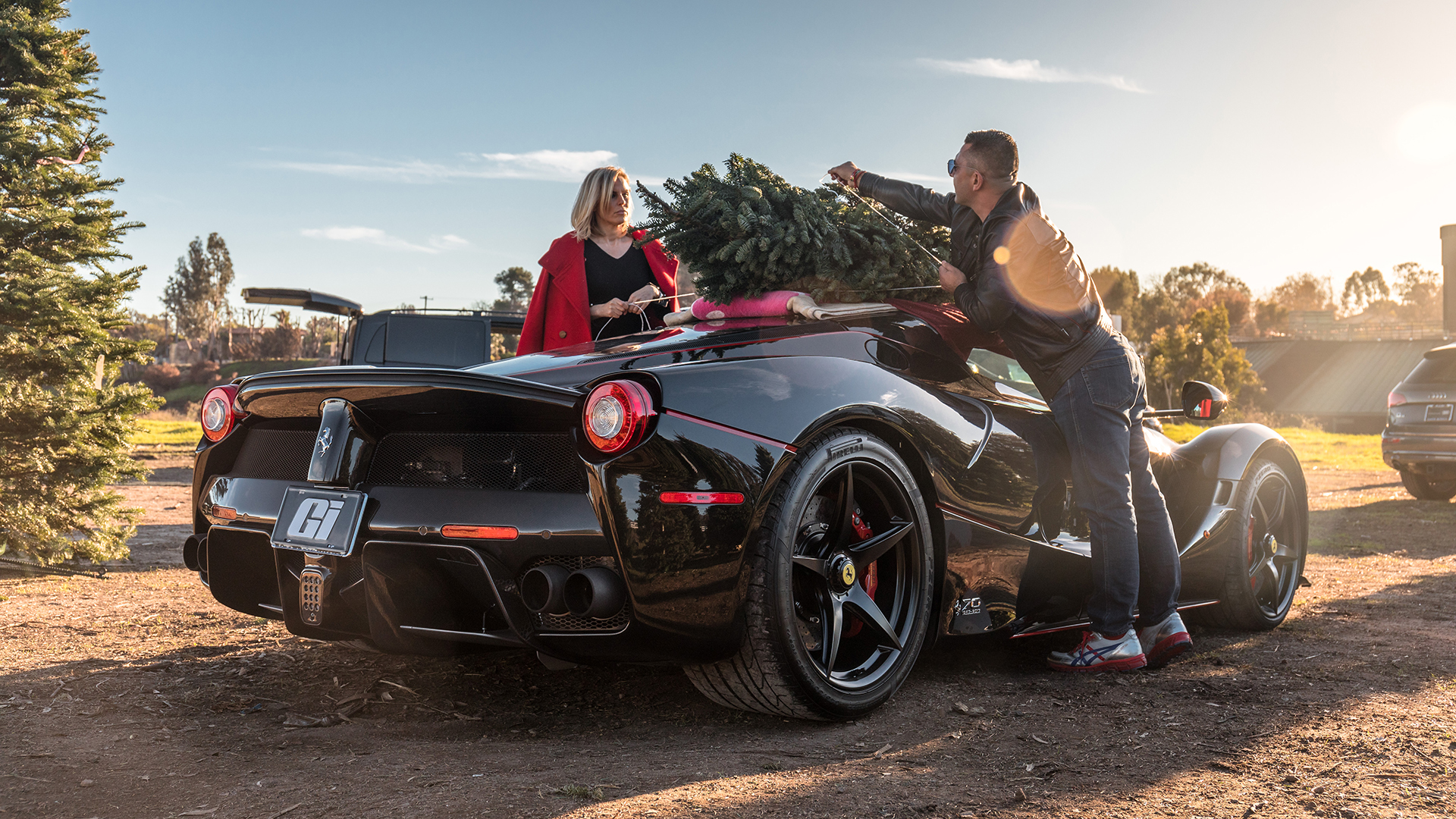 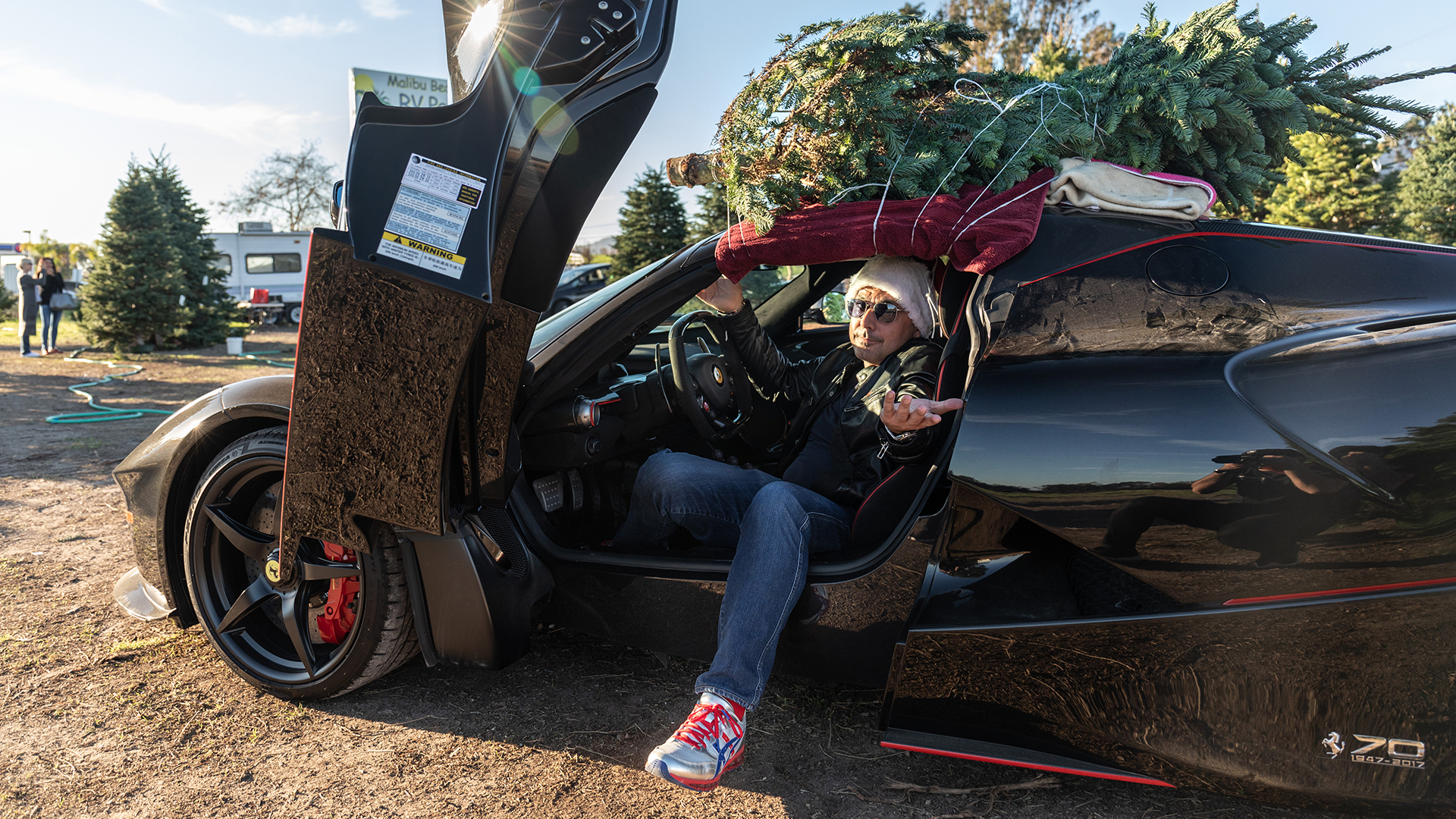 The LaFerrari represents the pinnacle of Maranello’s modern development, the sum total of its fire-breathing heritage and its electrified future. A race-bred chassis, a 6.3-liter V-12 engine, an F1-style KERS hybrid system, and a total output of 950 horsepower make it Ferrari’s greatest technological achievement to date. Only 210 Aperta convertible models were built—which sounds like a decent amount until you consider that’s lower than its top speed of 217 mph.

Blonigan last got the attention of practical use advocates back in 2016 when she brought home a Christmas tree on the magnesium roof of her Ultraviolet Porsche 911 GT3 RS. Hey, it’s basically a family hatchback. A 500-horsepower, caged family hatchback. This week, last minute tannenbaum-toting duties fell to her boyfriend Shooshani’s LaFerrari Aperta, which is basically…a mid-engined spaceship. It’s a damn interstellar rocket with a frunk.

The sight of a good ol’ parking lot Christmas tree strapped to the LaFerrari’s removable carbon roof is like Clark Griswold’s epic light display from National Lampoon’s Vacation—an atom bomb of holiday cheer heretofore unseen in this dim world. Who knew there was a hole in the Yuletide season in the exact shape of a fir-topped LaFerrari? Credit is due to Blonigan for the brilliant brainflash and Shooshani for having the extreme chill to make it happen. 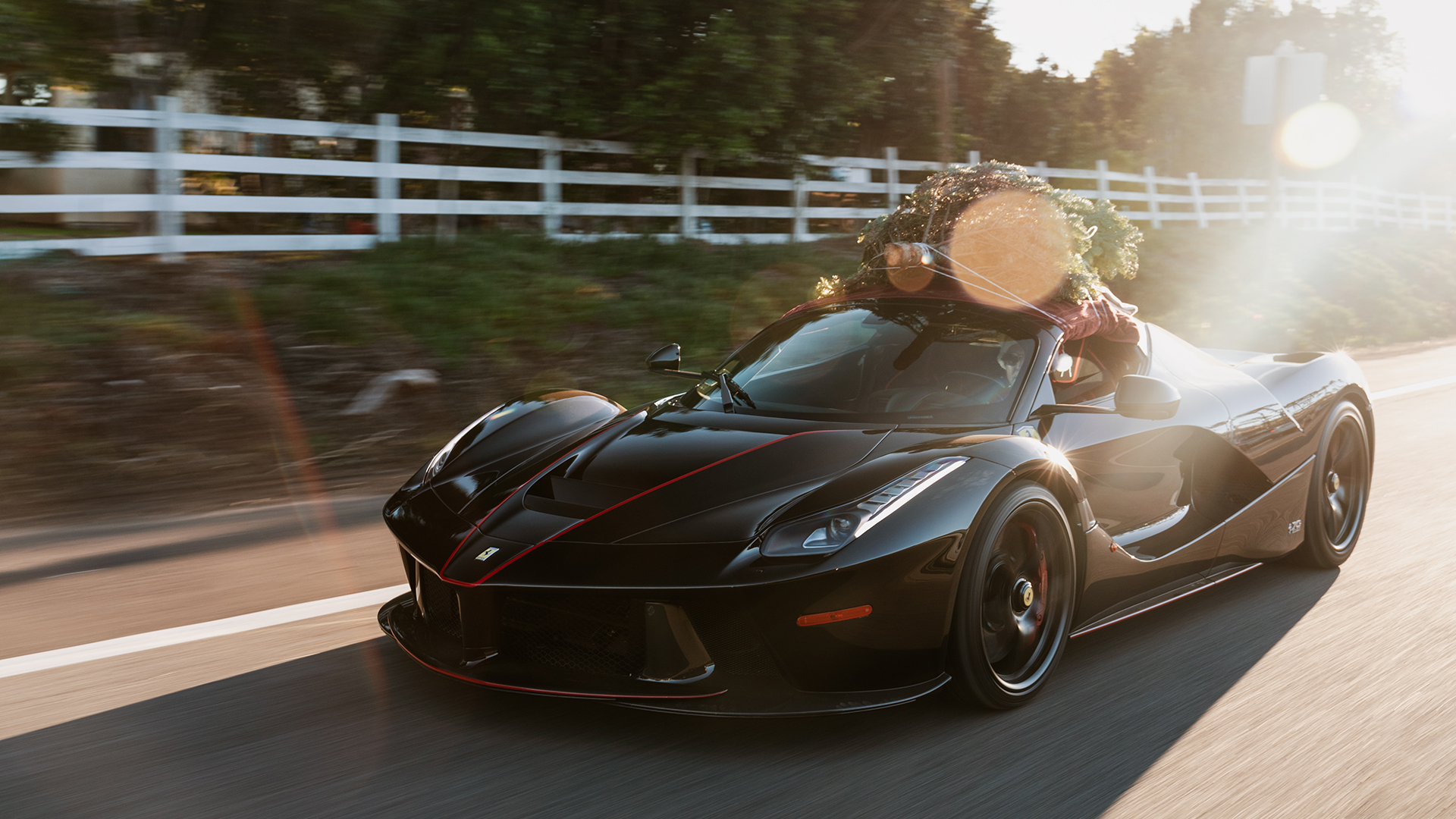 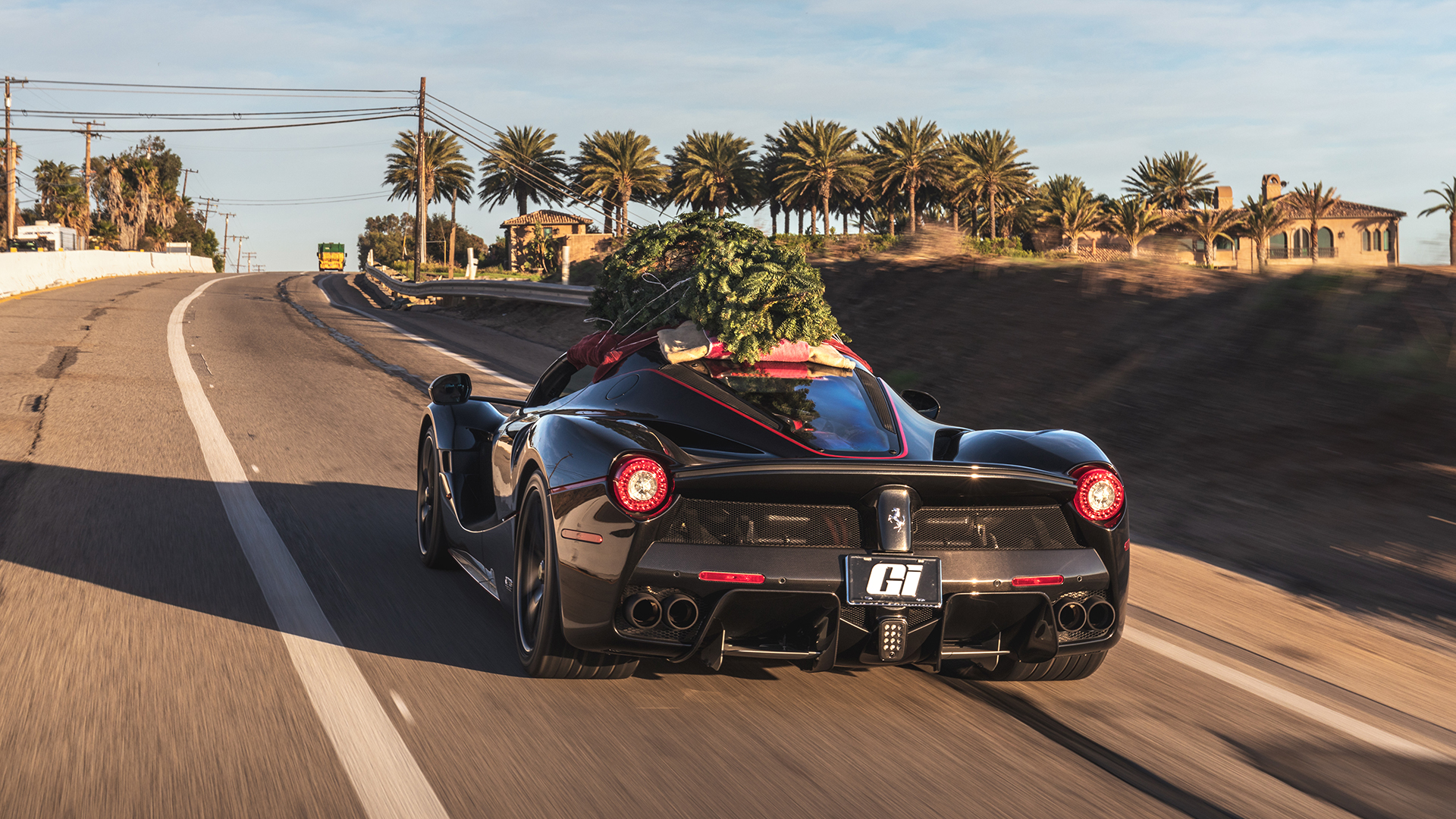 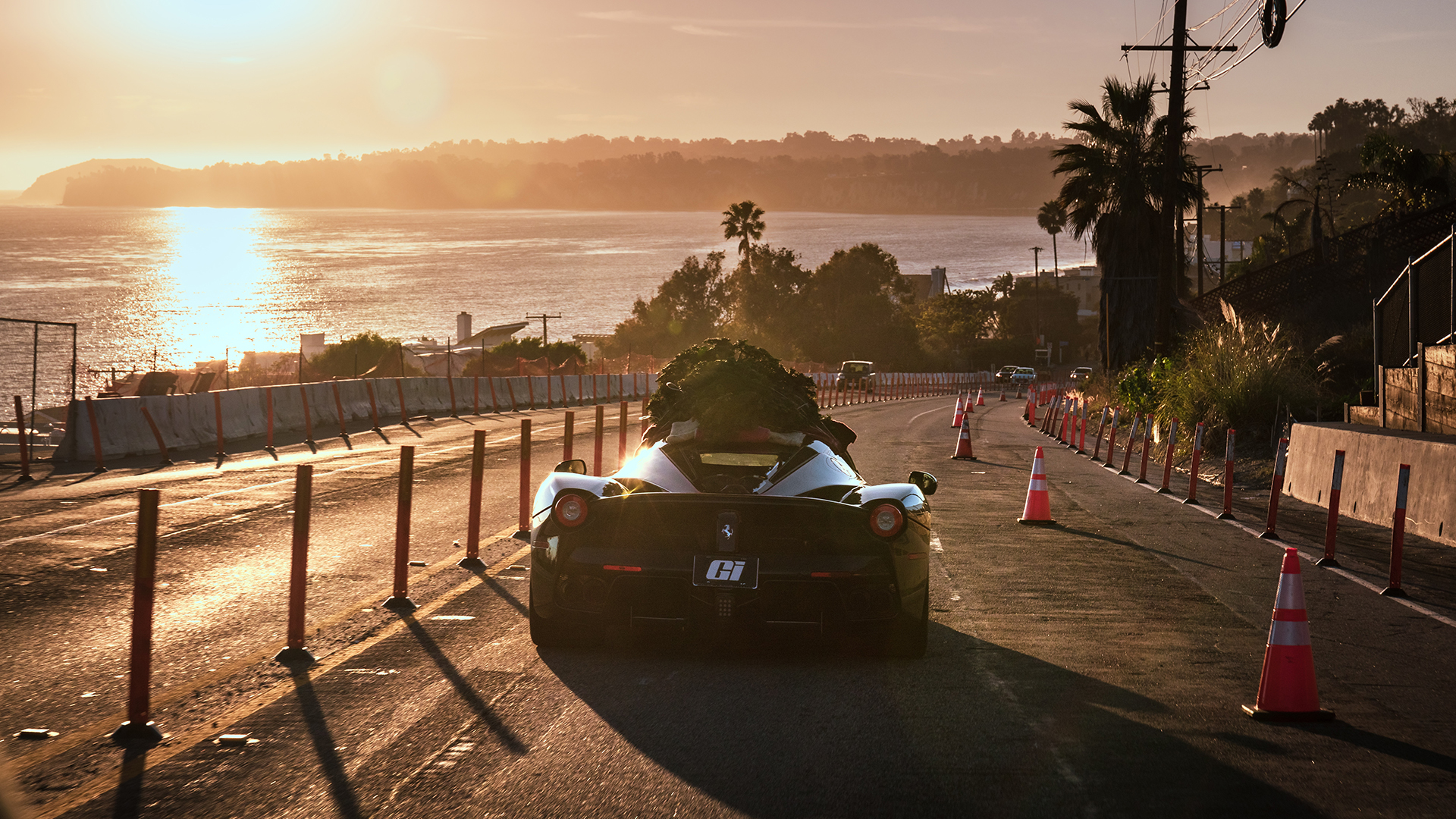 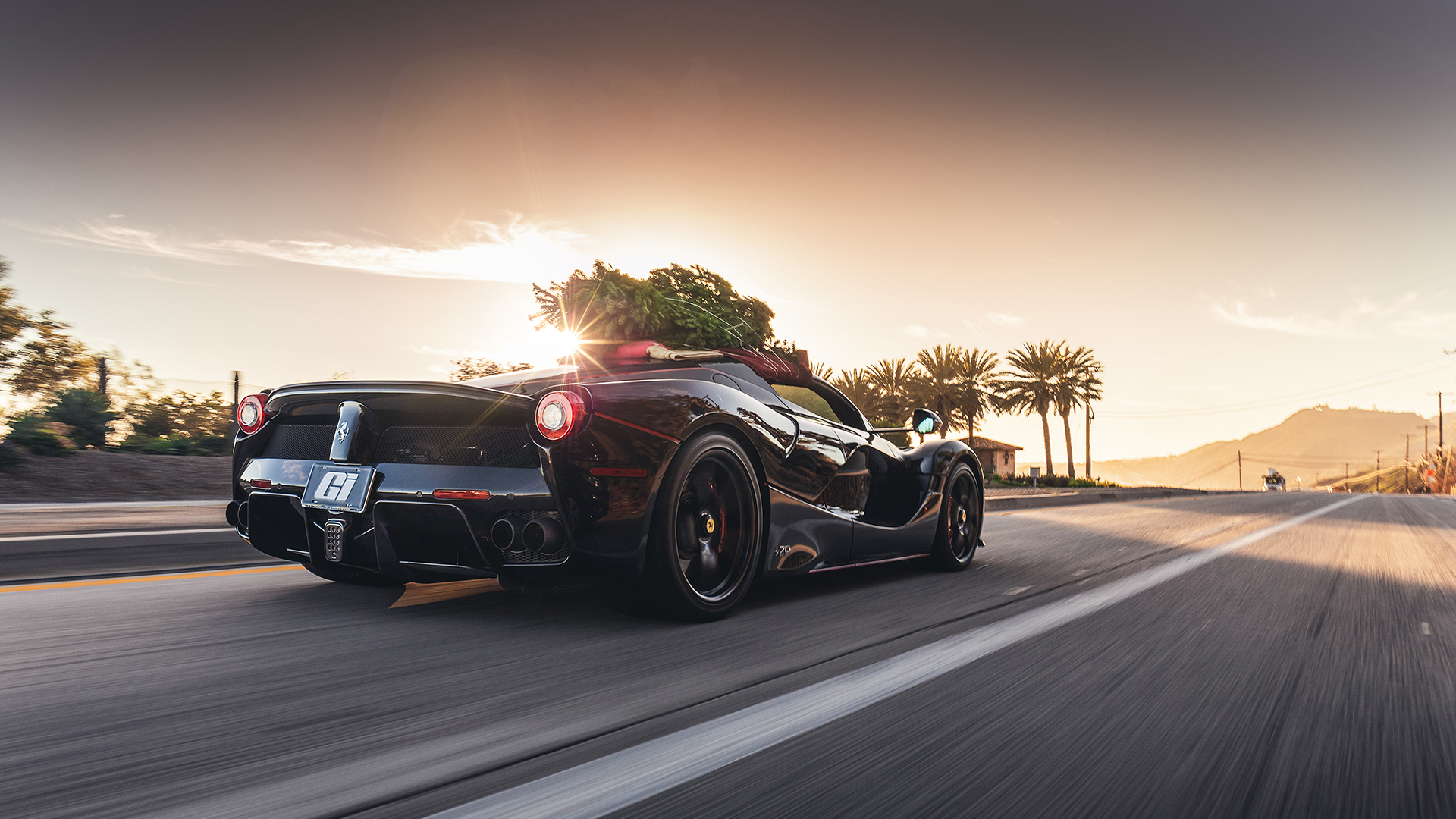 But as much as we’d like to see this become an annual tradition, that will be up to the next lucky owner of the Nero Daytona LaFerrari. The 1,500-mile car is set to be auctioned off at RM Sotheby’s Arizona event in mid-January. Shooshani’s an inveterate Ferrari collector, so chances are he’s got his eye on something special. He’ll have the funds for it, too: though the LaFerrari Aperta originally retailed for $2.2 million, it’s expected to fetch anywhere between $6.5 and $8 million dollars when the hammer falls.