It’s been almost two weeks since Shane Leonard, the owner of SL Performance Boxer Engines in Colorado Springs, disappeared. He allegedly did so with dozens of customer engines, their performance parts, and money, said to be in the hundreds of thousands of dollars, leaving clients’ cars by the roadside to be towed. While Leonard has not yet been found, the odds of him getting away with it to cheat other customers are diminishing by the day as Subaru owners nationwide unite against him.

Leonard’s dirty dealings are said to have started several years ago in Iowa, where he is alleged to have stolen from clients and family members alike before fleeing to Colorado. Despite warnings from past and new customers, Leonard built a sizable customer base that he allegedly again swindled, leaving his clients to pick up the pieces. Previously, I spoke with a customer who claims to have been cheated out of almost $28,000, having refinanced his house to pay for his car. Since then, I established contact with others who say Leonard left them high and dry, such as Antonio Medina, who gained access to SL Performance to photograph what remained of the shop. 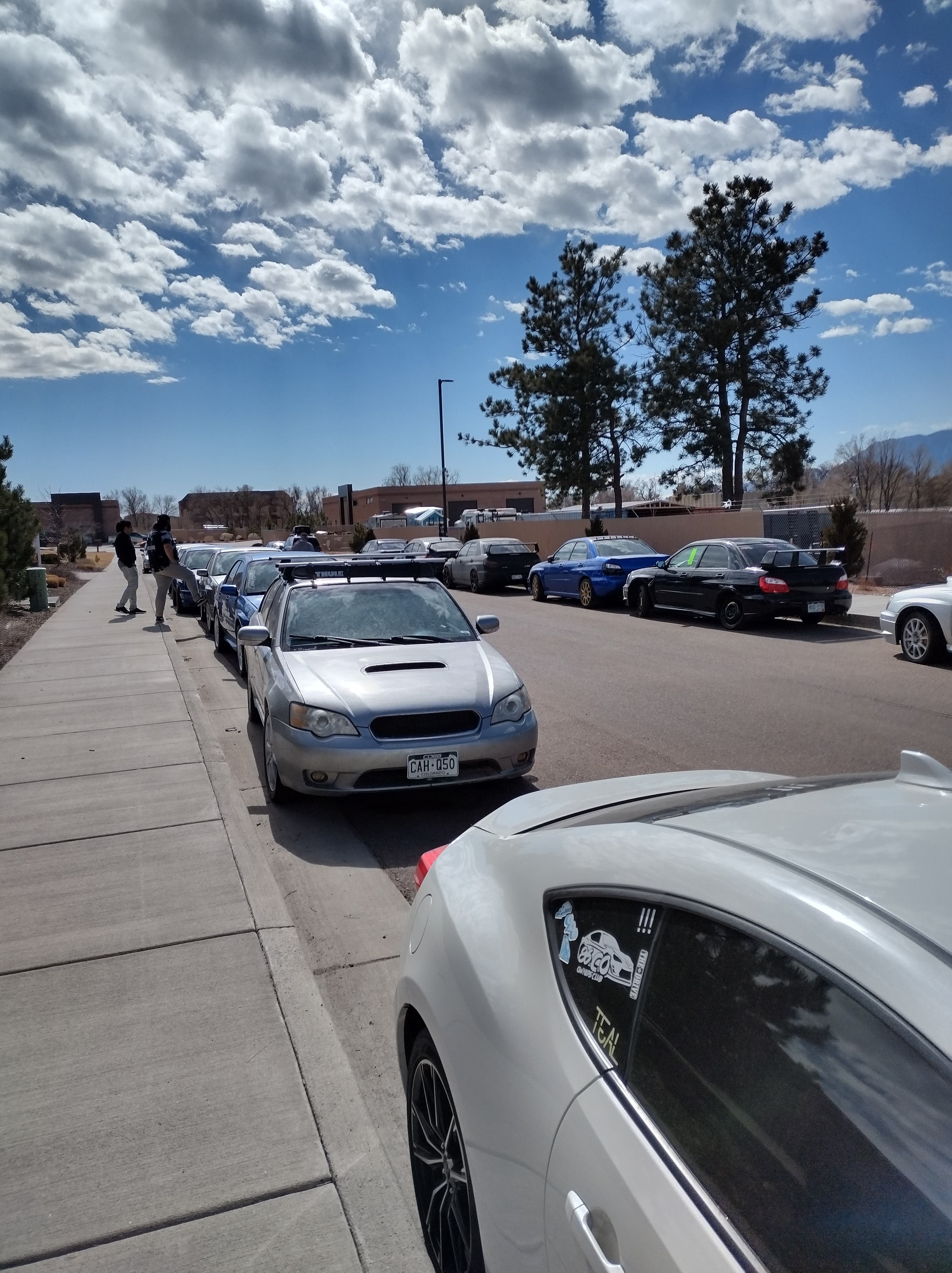 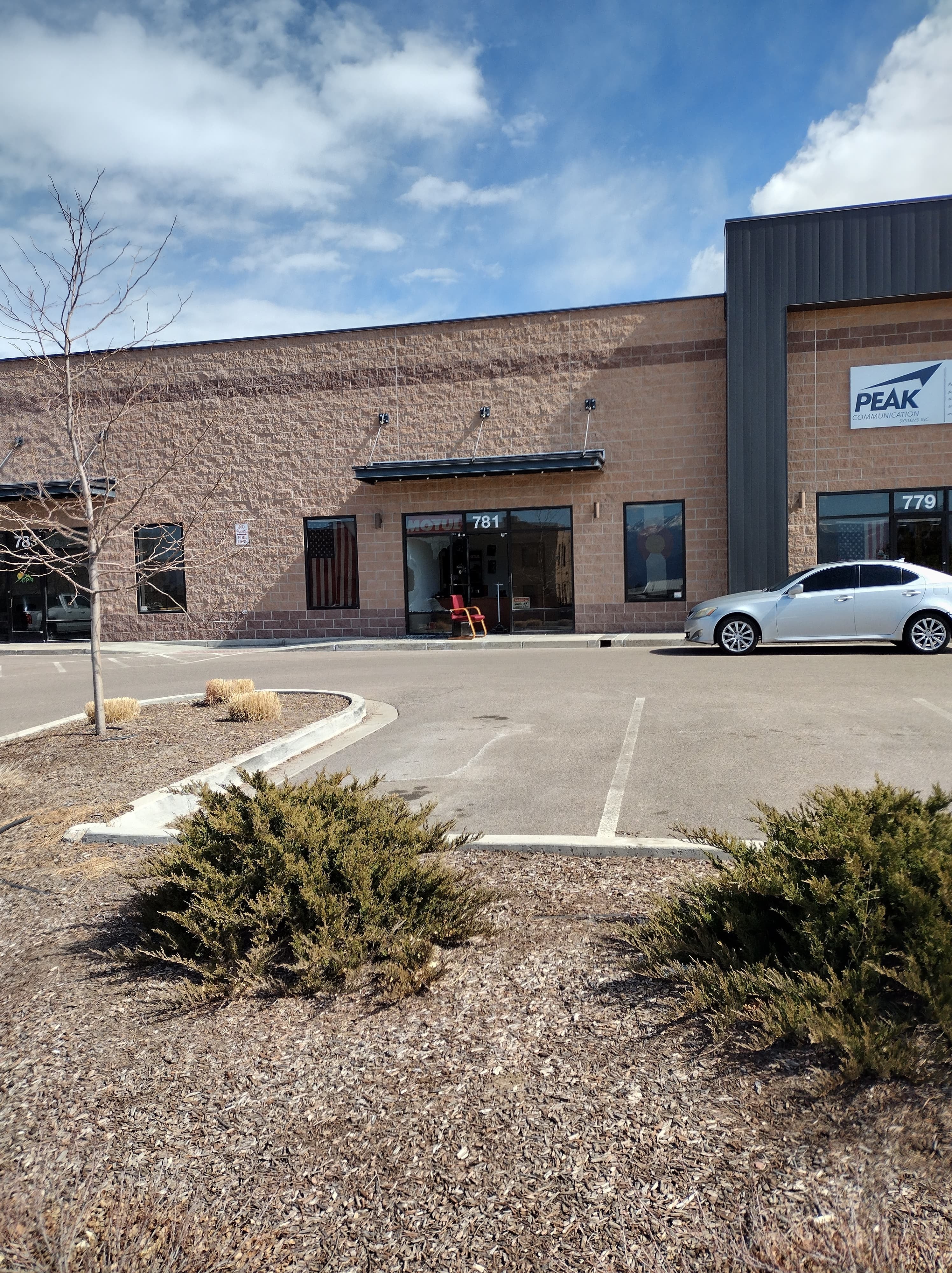 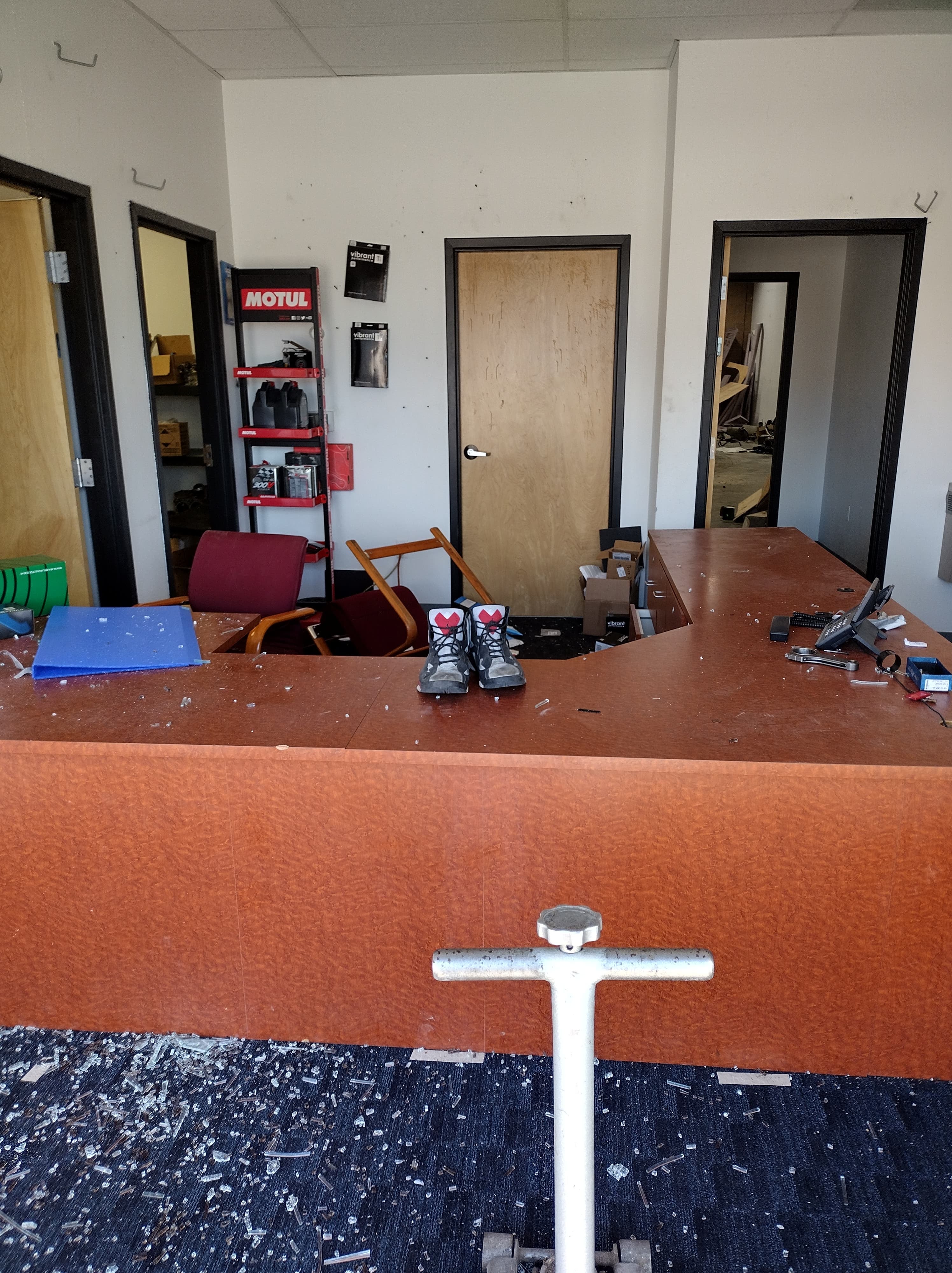 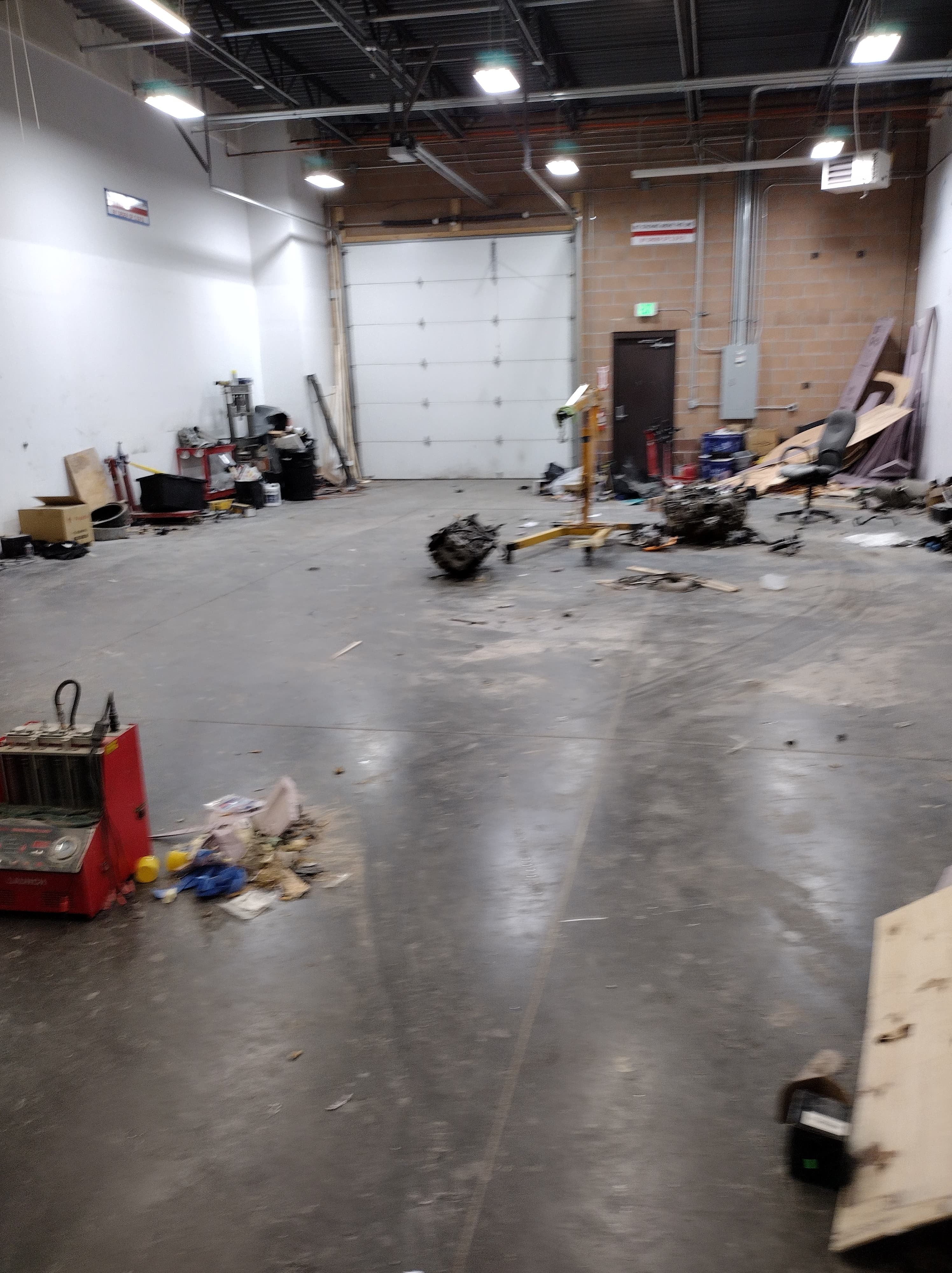 “He took my fully built STI which I put around $40K into with custom fab work… He left me with a rolling shell,” Medina told me. “We know where he is currently, he is acting weird according to the neighbors. They have called police down where [he] is currently at but he has no warrants either there or here in Colorado… This situation is very frustrating.”

Medina wouldn’t share Leonard’s supposed location and as such, we haven’t been able to verify.

Now that Leonard has apparently stolen from customers in more than one place, word is getting out twice as loudly, spreading across almost every major social media platform. Hundreds of thousands if not millions of enthusiasts and Subaru owners have been alerted by posts on TikTok, where commenter Cannoli Collie humorously dubbed Leonard the “Boxer Bandit.” A Facebook post from one of Leonard’s upset customers has been shared hundreds of times, occasionally to large Subaru owners’ groups, while the Subaru community on Reddit has posted about the situation twice. 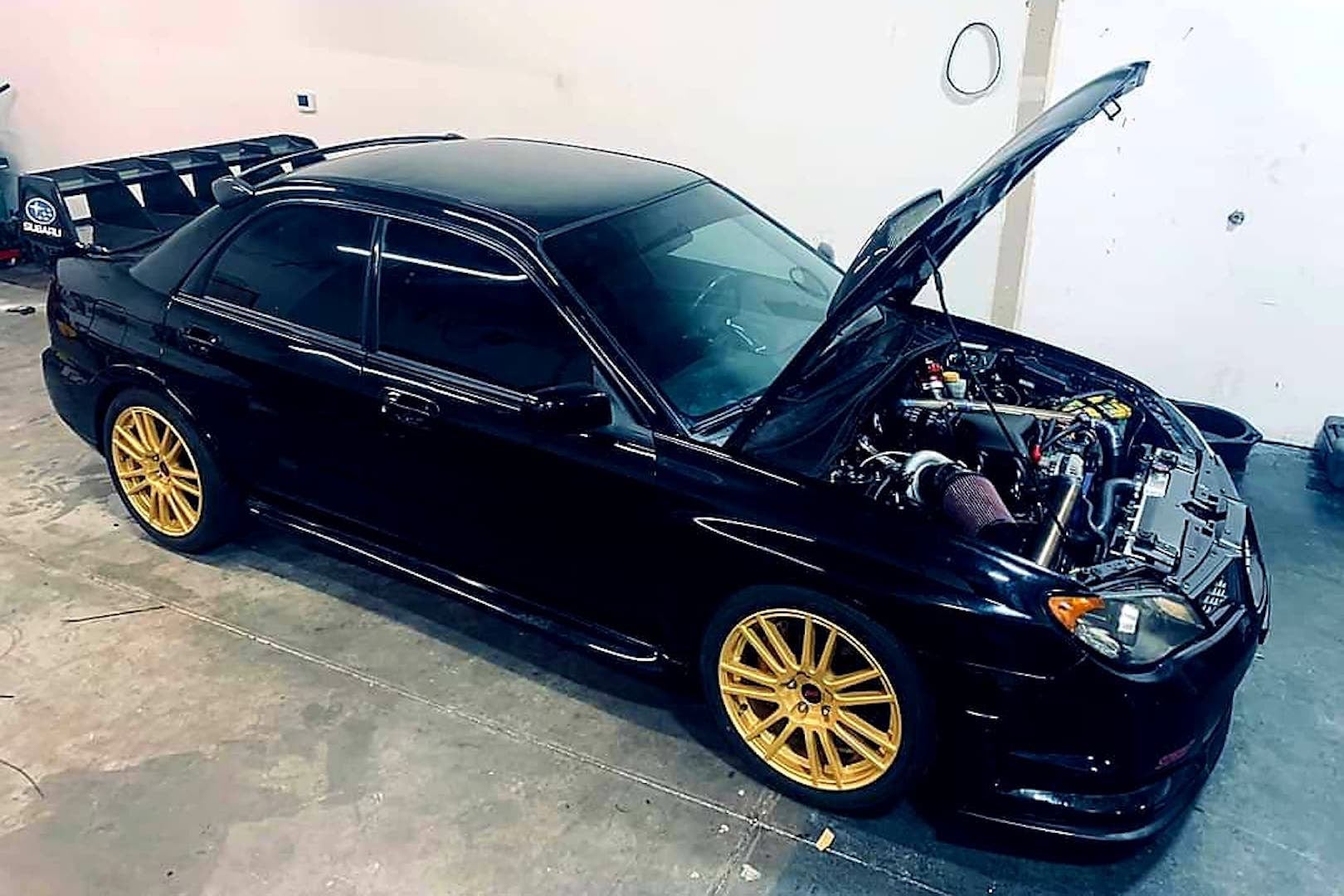 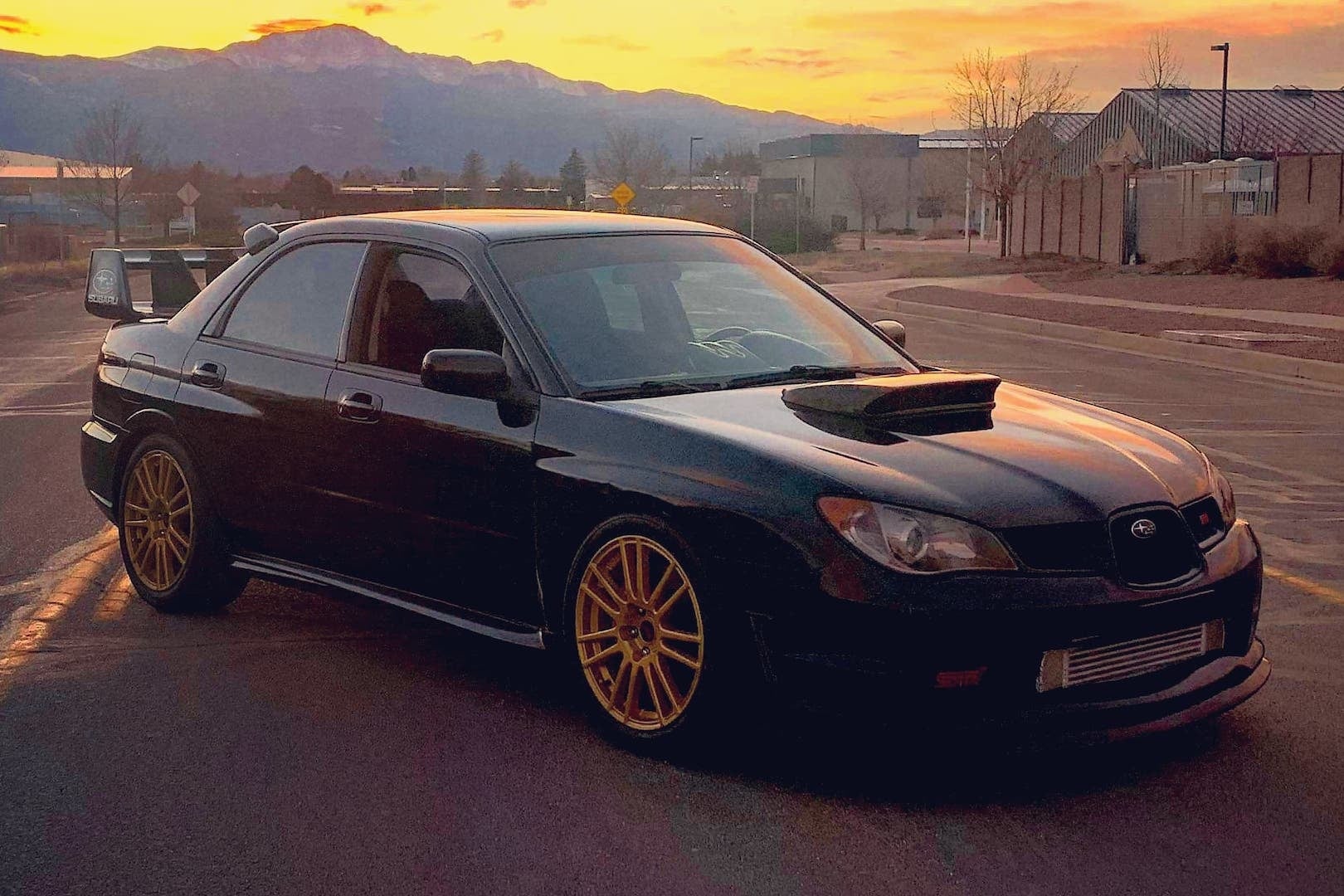 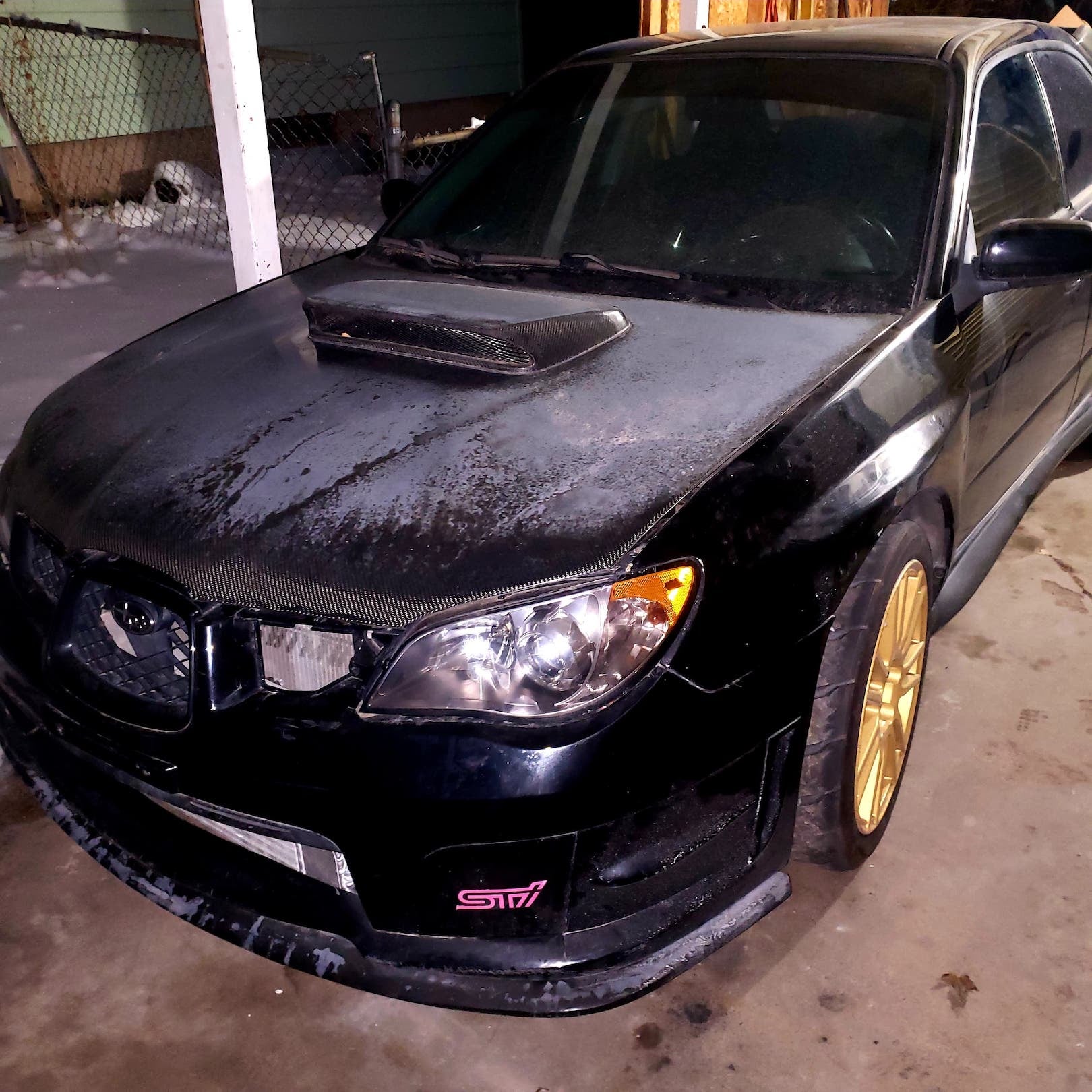 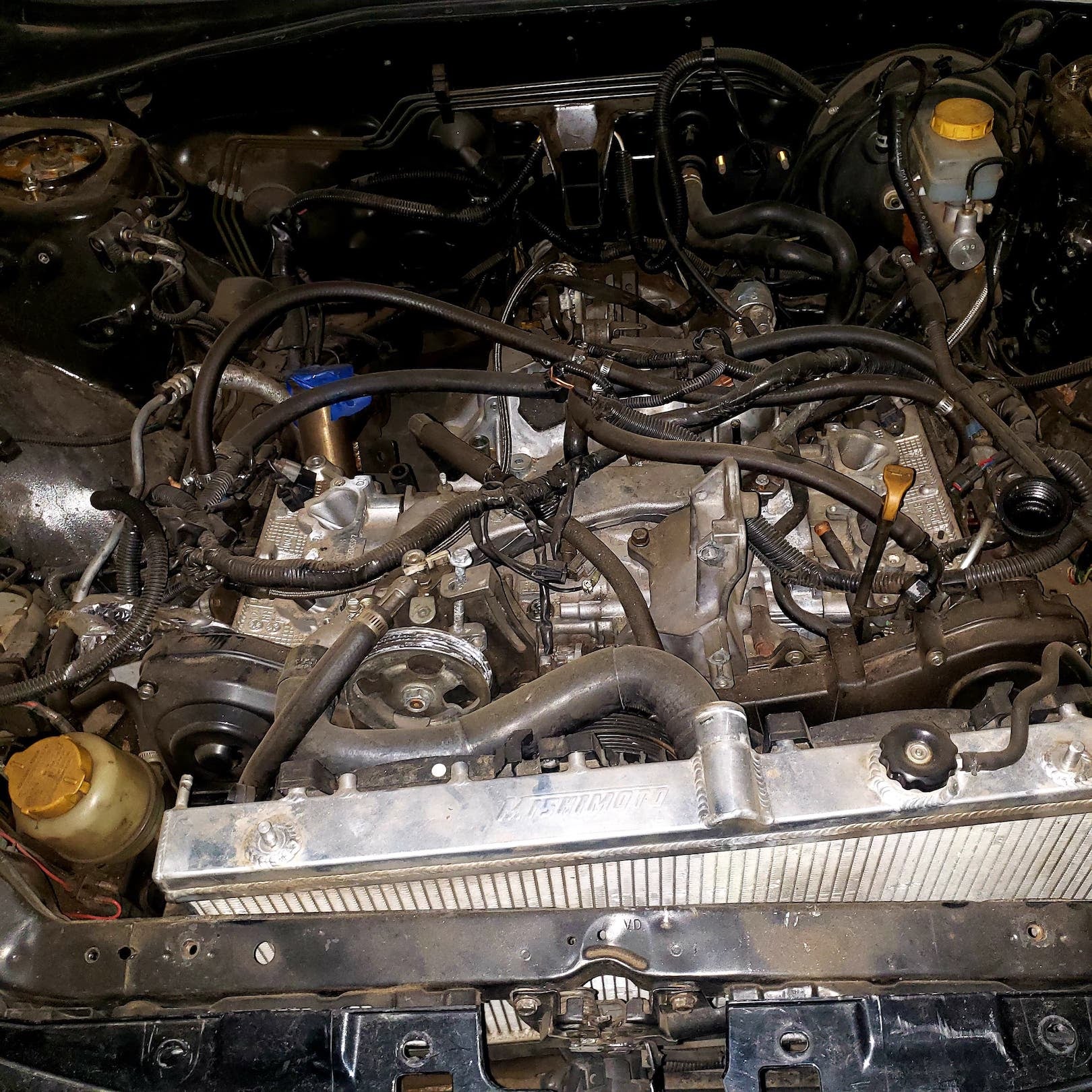 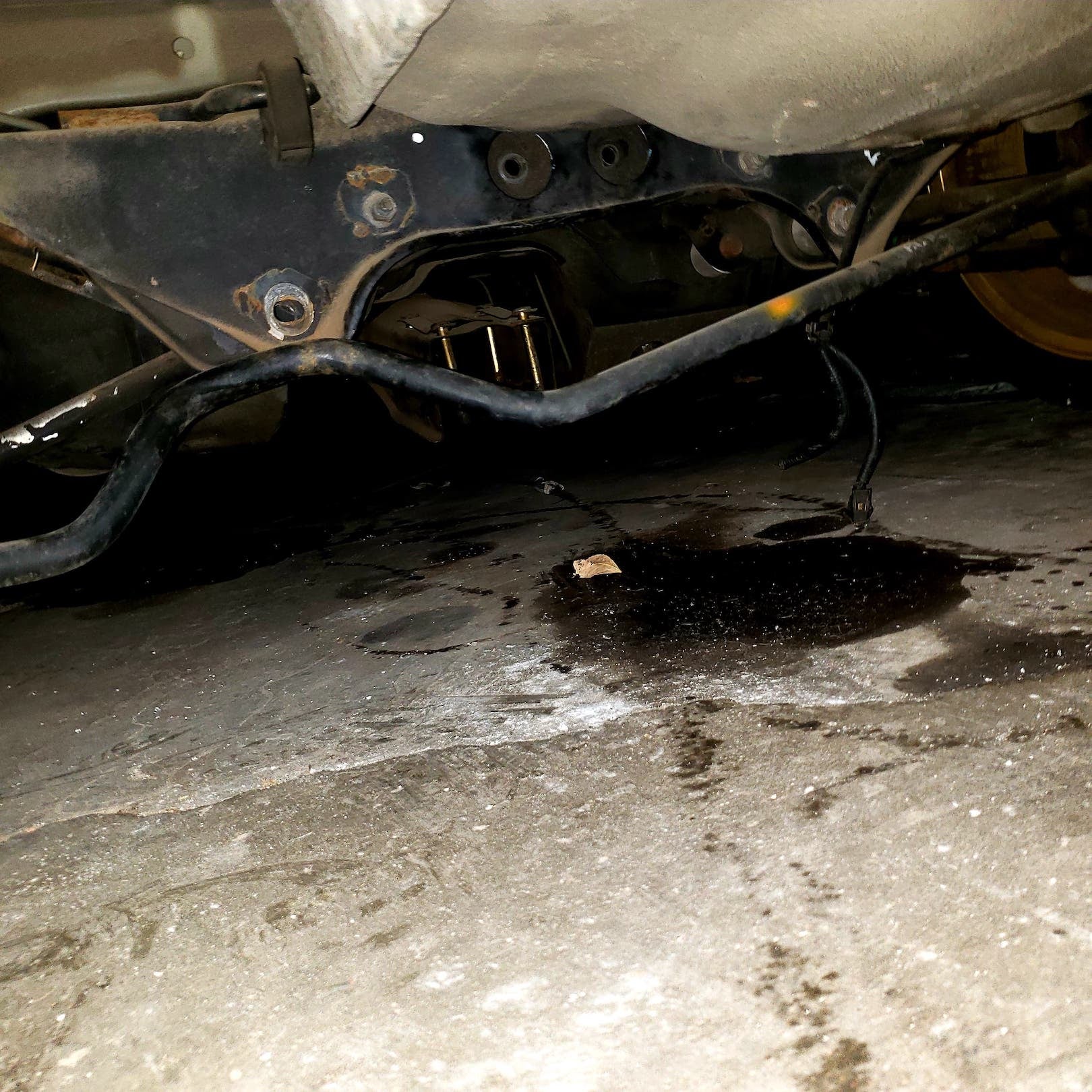 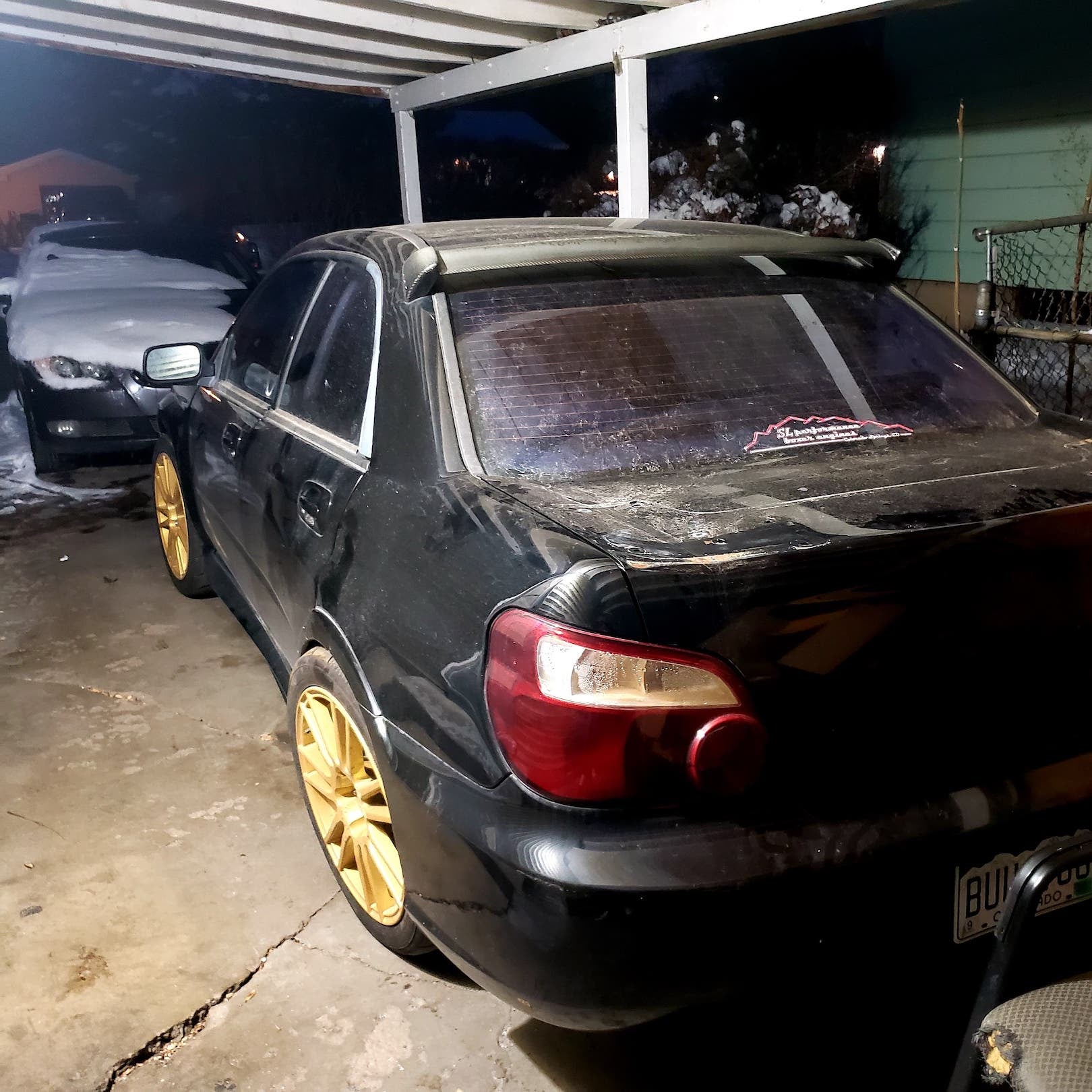 Multiple tips from readers have hit dead ends since we published our initial story. A similarly named shop in Arkansas, SL Autoworks, was established by someone else with no ties to Leonard and has an apparently positive reputation; additionally, another tip indicated a relationship with a nearby CO performance shop, though it was shot down by a manager who emphasized that Leonard was a customer who won’t be welcome back.

“He would have us fab up that hot/cold-side piping for the Subarus he would work on,” said Scott Nelson, sales manager for Under Pressure Performance in Colorado Springs. “He would also rent out our dyno for tuning his cars. We didn’t have a problem with payment until the end when he ran out on so many of his suppliers from what I have heard.”

A local rent-to-own franchise also indicated to me that the wheels and tires on Leonard’s Subaru Impreza WRX were never paid for. Beyond this, Subaru clubs have been advised to keep their eyes out for parts for sale, be it suspicious batches of engines on Craigslist, or one-off parts some customers reported stolen. Coloradans and Midwesterners are also advised to keep a lookout for Leonard’s vehicles, which reportedly include a black Chevrolet Silverado and the aforementioned Subaru, recognizable by its gold wheels, tall wing, and STI badge on its trunk. Photos of both can be found in the Facebook post embedded above.

Anyone who spots either is advised to call in law enforcement rather than confront Leonard, who some speculate may be armed. Despite the danger, some on social media have expressed an intent to harm Leonard as a form of vigilante justice, though that’s far from the right answer. Regardless, it’s clear Leonard’s days as the “Boxer Bandit” are coming to an end—if they’re not over already.